Home > Uncategorized > Tuning In: Skibs is still, and forever will be, a Hong Kong kid 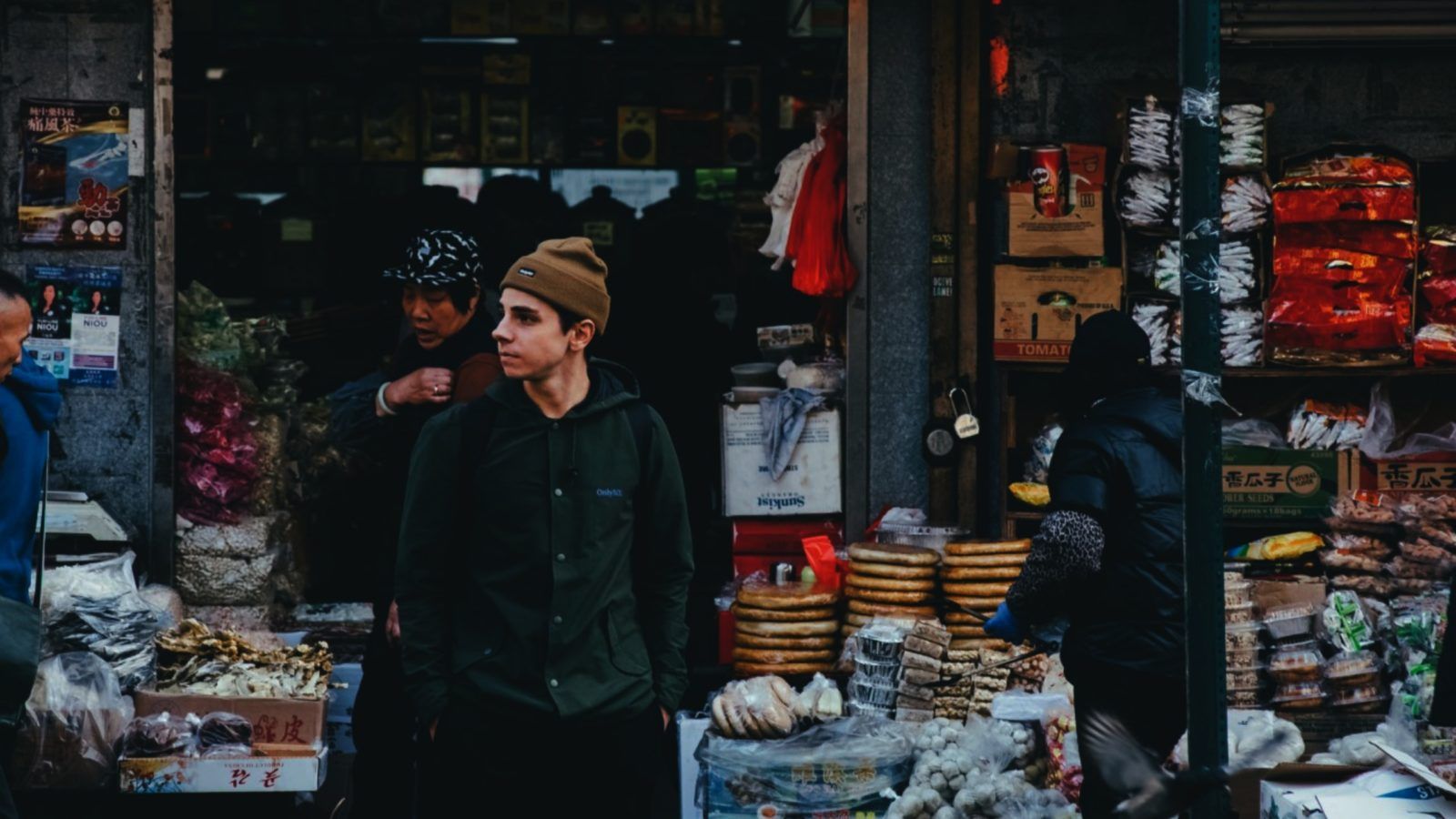 Tuning In: Skibs is still, and forever will be, a Hong Kong kid

Culture
Tuning In: Skibs is still, and forever will be, a Hong Kong kid
Share this article
Next article

In “Tuning In”, we delve into the lives and loves of the people behind the tracks you love — and the ones they love, as well. In this edition, we talk to Skibs, OG Hong Kong kid about that viral hit — and the music he’s currently writing, loving and releasing.

Virality is a funny thing. A decade ago, as we were contending with the fact that everything we know to be good and true could, possibly, end on December 21, 2012, if an ancient Mayan prophecy is to be believed, we were also collectively learning bad, wrist-forward dance moves re: PSY’s “Gangnam Style”, being called to arms by that Kony 2012 documentary and, if those two things didn’t already recall some core, formative, probably terrifying memories, the year 2012 also gave us that guy (Felix Baumgartner) that live-streamed his sky-dive from space, Grumpy Cat and Overly Attached Girlfriend. What a hell of a year.

In our fair city of Hong Kong, Skibs’ seminal “Hong Kong Kids” — also a product of year 2012 — was released, to both delight and bitter, bitter ire.

Lucas Scibetta — better known to us as Skibs; even better known, once upon a time, stylised as SkiBs the Kid — is now halfway around the world from Hong Kong and, standing at 27, very much no longer a kid.

Since “Hong Kong Kids”, Scibetta hasn’t released something that stuck with the socio-cultural consciousness nearly as much — but that’s by design. He’s been busy in school, switching through programmes to find the one that felt right. Scibetta, currently finishing up in his first semester at Columbia University in New York, is thinking of majoring in English. (He did a stint as an Econ major at Fordham.)

“Once that video came out, the rest of high school was way different,” says Scibetta, fondly. “I remember putting it out, waking up and even going to school that day — the rest of high school was just different after that. In a great way. It was so fun. I miss it, looking back. A lot of the footage was really just for fun. It wasn’t masterminded at all, it just happened naturally.”

It’s almost a rite of passage to look back at your adolescence and feel that prickle of shame down run down your spine, attaching itself to a visible wince as you unwillingly remember your, probably, flinch-worthy Tumblr manifestoes and whatnot. But for Scibetta with “Hong Kong Kids”? There’s nothing but gratitude. (ICYMI: He also performed alongside legends like Pharrell and Pusha T at BLOHK PARTY 2013, so, fair.)

“When I look back at the video, it was just such a fun time and that’s the beautiful thing about art — you can capture moments like that,” he says. “I have no bad feelings about it. I don’t regret it at all. I’m at Columbia now and people can look me up and shit. But I don’t really feel that vulnerable. I feel lucky that I got it done, actually, and that it was meaningful to other people. I’m not Justin Bieber or whatever, but just the fact that it meant something to people, not just my friends, and their childhoods growing up? That shit’s so dope.”

There’s always this thread of the autobiographical when it comes to Scibetta’s music. If “Hong Kong Kids” bottled up a carefree summer night-out as a bit of a brattish 16-year-old, then his upcoming album, East Meets West — which counts the likes of 88-Keys and Young Chop as producers with a featured verse from Nas contemporary, G-Wiz — scrawls through late adolescence into early adulthood.

“I dropped out of college when I was 18 and moved to New York and started making this album,” the rapper says. “It really captured those first couple of years in New York City after leaving Hong Kong.”

A lot has certainly changed since “Hong Kong Kids”, from the death of Wan Chai Wednesdays (RIP) and Sunny’s (also, RIP) to the decimation of Going Out as bad high school children in the light of Covid closures these recent years. But in the meantime, Scibetta is busy releasing new music every Friday (the full album drops 19 August), doing readings for his Race and Ethnicity seminar (he’s also really into this author Robert Greene lately. And rereading Lord of the Rings) and doing this music thing his way.

“One of my dreams is to record an EP in Cantonese, just as an artist. I speak Japanese pretty well, so I’d love to make a Japanese EP and a Canto EP; that shit would be so cool.”

And if you hated “Hong Kong Kids” and have no interest in clicking through to his sequel release, “Hong Kong Kids II”? Scibetta isn’t losing sleep over it.

“I love music. Even if nobody gives a shit, I would love to keep releasing music. I’m in a studio set-up here, I have so many songs recorded, so. I love music, I want it. I’m getting more into writing now, I wanna write books, I think, at some point. But I have a passion for music.”

The Whole Word Better Listen Up… to Skibs:

I took piano lessons when I was in elementary school. I did it for a few years — I’d love to pick it up again.

My grandfather, who just passed, was an Irish dude from Brooklyn who sang all the time. He’s just got a million songs in the memory bank, and he’d always sing. Besides that, not much. Nobody really pushed me to do music, I just kind of naturally knew it was what I wanted to do. But my grandpa for sure — it’s what I got from him.

When I was in, like, second grade or something, I used to rap “Mockingbird” for my family. So it was definitely “Mockingbird” by Eminem. [laughs] Or the national anthem. Either one.

When I was 12 I went to a recording studio in Kowloon. I brought a beat that I had made on my computer and a bunch of raps that I had recorded on the beat, then recorded on a metronome because I didn’t have any more beats. But it was in this warehouse in Kowloon. They gave me the songs and I went back home to listen to them. I was in seventh grade, eighth grade. And yeah, that was the best moment ever. I love doing this — I’ve known since then this is what I wanted to do.

What’s a song (or album; or performance) that had a really important, lasting impact on you, both personally and as an artist?

Good question. You know, I just remember like if I go back to the beginning — honestly I don’t even like listening to Eminem all that much now — but when I go back to when I was, like, ten, eleven, twelve, I remember seeing a video of him on YouTube, of him performing at Madison Square Garden — just a huge crowd. And I remember just being like, “Damn, I’d love to fucking do that one day.” A lot of stuff came after that, but that was the first moment where I was just like “Whoa”.

Why Eminem specifically? What was it about him?

I don’t know. He just roped me in with his music, somehow. When I was ten-ish, even before that, my mum used to not let me listen to songs with curse words. [laughs] So I used to have to ask her if I could listen to songs and she’d look up the lyrics. And Eminem had the worst words, so it was cool to me.

Alright, I kind of know what you’re going to say for this one. But who is your favourite artist or musician?

My top three would probably have to be Tupac, Nas and Eminem. When I moved to New York City, I recorded in Queens and Nas and ‘Pac was like the Mac and PC of hip-hop. Like, you know, it was kind of East Coast, West Coast in the ’90s. And so they put me onto a lot of this music that I’ve never heard before. And yeah, I learned a lot about hip-hop culture through Nas and ‘Pac. So they’d definitely go up there.

Is there anyone — both up-and-coming and established greats — whose work you’re currently really excited about?

What are your five most-played tracks on Spotify?

Yo, I downloaded Spotify yesterday. I swear to god. I’m just such an old fucker. I’m not on TikTok, not on anything.

So how did you listen to music before Spotify? Did you have a Walkman, just bring CDs with you?

I’m an album listener! I guess I use Apple Music sometimes, but I have a lot of music downloaded.

I think that to do it right and to, like, be an artist is just difficult. You have to put in a lot of work without getting a guarantee that it’ll become something. And I think it’s difficult to do it right, to be a genuine artist. To genuinely create, you face a lot of resistance and there’s a lot of pressure from the world to keep your mouth shut, for whatever reason. And so, just continuing to create and put out music — if I do that, I’d feel successful. Whether I get a million plays or zero, I feel like if I stick to my vision, I feel like that’s success. It’s just difficult. I’ve met so many talented artists who don’t put out good music because they worry nobody is going to listen or they care about what the five friends they grew up with think.

So, the biggest challenge I think is just the quiet, the voices outside your head and having to focus on what you truly, truly want to do with the short time you have on Earth, or whatever. There’s twenty-thousand songs uploaded onto Spotify on any given day. There’s so many people making music now. So I think the thing that separates the beginners and the pros is how true you can be to the craft and to the music. It’s something I still work on every day.

Last thing. What’s next? What are you working on?

I want to continue putting out new music every week, go to Columbia, get good grades. Then, I want to start working on some multi-lingual shit. I really want to record a couple songs in different languages.

Skibs is currently putting out new music every Friday on Spotify here, which he now uses, and his new album East Meets West drops 19 August

Calling All Blinks: Blackpink is coming to Hong Kong