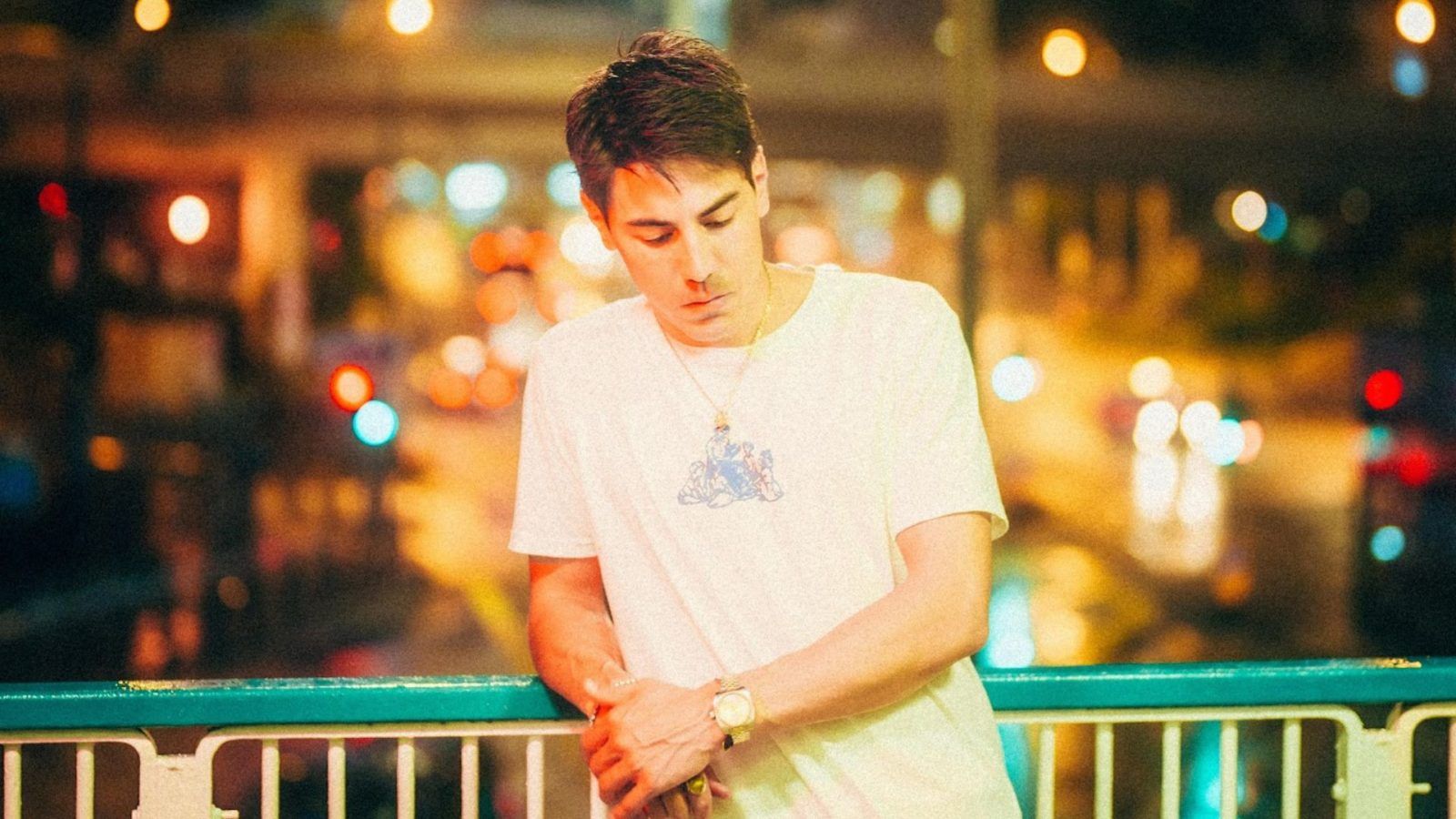 In 10 Tracks, we link up with and get to know the movers and shakers of nightlife, then we ask them for a mixtape. This week, we talk to Tom Price, touring DJ, actor and more.

Who is Tom Price? He’ll tell you.

“A goofy mixed kid from a fishing village in Hong Kong who enjoys playing basketball and hiking with his dog,” he says. Then again, it’s more likely you know him as the star of multiple films and TV dramas around the region, or as the globetrotting DJ who’s brought his electro, acid and deep house sound across Asia, Australia and beyond.

While his first passion in life was always music — “high school was all hip-hop for me, mostly from being involved in the graffiti scene” — it turned out to be a twist of fate that ultimately led him to mastering the 1s and 2s.

“Around 2004 I made it my mission to learn how to DJ,” says Price. “I couldn’t afford any equipment at the time, so I decided I would start buying and collecting records first. Then in 2005, whilst studying at university, luck struck. I moved into to this student share flat and by pure chance, my flatmate was a DJ. He had turntables in his room. Destiny!”

That destiny, paired with a growing taste for house, techno and breaks, had him honing his skills seven days a week over his flatmate’s drum and bass records, plus a few favourites from his own growing collection. Before long, he was sharing his music with others — “a few sketchy house parties” — but it wouldn’t be long before the gigs came, landing on stage alongside legends like Jay Chou and Wyclef Jean. From there, the rest was history.

Between projects in Shanghai and Taipei, Lifestyle Asia caught up with Price to get the lowdown on his journey, his inspirations and where we’ll see him next. And as always — he made a mixtape to take us into the weekend.

Can you tell us a little a bit about the 10 tracks you have selected?

Since summer has arrived, I wanted to do a “one day in summer” type vibe. Saturday afternoon on a beach with some mellow jams moving into rooftop sunset house territory before getting dirty in the club with some tripped out techno action. A Saturday well spent, one might say.

What sparked your interest in music?

My parents were never really into music, or art for that matter. I had to discover everything myself basically. High school was all hop-hop for me, mostly from being involved in the graffiti scene. First year out of school though was when it really kicked off. The switch flicked, I saw the light! Going out every week in the early 2000s listening to house, techno, breaks… electronic music consumed me, and from then on, there was no looking back.

What was your most memorable DJ gig?

Shanghai rooftops, Sydney warehouse raves, HK island beach parties… there have been some good ones, man. Probably the most memorable though was going on tour with the likes of Jay Chou and Wyclef Jean for Hennessy in 2008-2009. I was a wide-eyed 23-year-old, fresh out of DJ school — my buddy’s bedroom — suddenly sharing the stage with a bunch of superstars. Before each show, I would get insanely nervous, the most nervous I have been in my whole life. I’d never performed in front of so many people, and it was my first proper DJ tour, so the memory remains vivid. A real eye-opener for me as a young DJ. Good times.

I’ve just arrived in Taipei actually to shoot a new series. Before that was Shanghai where I did 21 days in quarantine.

Without travel, where do you look for inspiration?

Everywhere, man. The world is a big and beautiful place. There are talented individuals doing incredible work from all walks of life, and that inspires me.

Is there a set or performance that you’ve seen that had an important, lasting impact on you?

In 2003 I went to an LMF concert in Kowloon Bay. It was wild. Halfway through the show, DJ Tommy steps up and throws down the most insane DJ solo I’ve ever witnessed live. First time I had ever seen someone perform like that with a pair of turntables and it completely blew my mind. Shit was epic. Shout out to DJ Tommy. Legend!

Art wise, I gotta give a shout out to my local homies Wais and Xeme, also my boy Sofles from Brisbane. These guys are killing it and constantly pushing the envelope. Music wise, there is so much man, I don’t know where to start; it seems like I’m discovering new producers every week. And not just current underground stuff, but cats from back in the day, whether it be jazz, blues, funk, you name it. With regard to film, similar kind of story. To name names? PTA, Lynn Ramsay, Scorsese, Lee Chan Dong — some personal faves who continue to put out straight fire.

There are so many! The hills, the beaches, the cha caan tengs, the language. I love this place, and will forever call it home.

Obviously track selection is important, but everyone has different tastes in music. I’ll still rate a DJ even if I’m not particularly feeling his or her tunes if everything else is on point. The levels, mixing, programming, et cetera. Just don’t be screaming on the mic at me to “put my f***ing hands up” every five minutes, cheers.

Can check out a recent series we shot called Star Of Ocean 星辰大海, it’s on YouTube now. Also got a new movie coming out later in the year called Hot Soup. Gigs wise, I’ll be playing at Studio 9 Taipei on 19 June.

Hong Kong Music Spotify djs live DJs hong kong nightlife hong kong clubs Lifestyle Asia Playlist Hong Kong Musicians 10 tracks hong kong djs hong kong music tom price
Nathan Erickson
Editor-in-Chief
Made in Seoul and based in Hong Kong, Nathan has covered food, fashion and music from New York to Paris to Oaxaca. He enjoys street photography, buying too many hooded sweatshirts and he'll never turn down a tequila soda. Catch him on weekends hiking trails all over Hong Kong in hopes of finding his idol, Chow Yun-fat.
Sign up for our newsletters to have the latest stories delivered straight to your inbox every week.