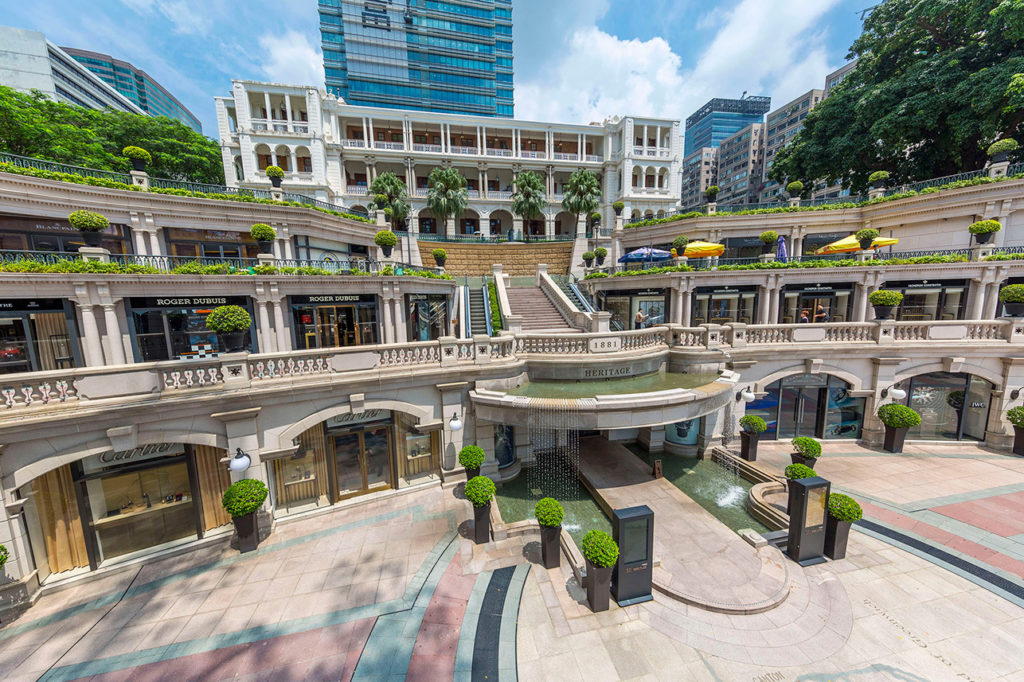 Housed within historical architectures constructed in 1884, 1881 Heritage was once the Marine Police Headquarters til 1994, and has since became a declared monument (excluding the Main Block of the Old Kowloon Fire Station) as the one of the four oldest surviving government buildings in Hong Kong. In 2009, the compound was revitalised and transformed into a cultural and shopping landmark, featuring a heritage hotel and a commercial complex that houses top-tier watch and jewellery titles including Cartier, Montblanc, Chopard, Tiffany & Co. and more.