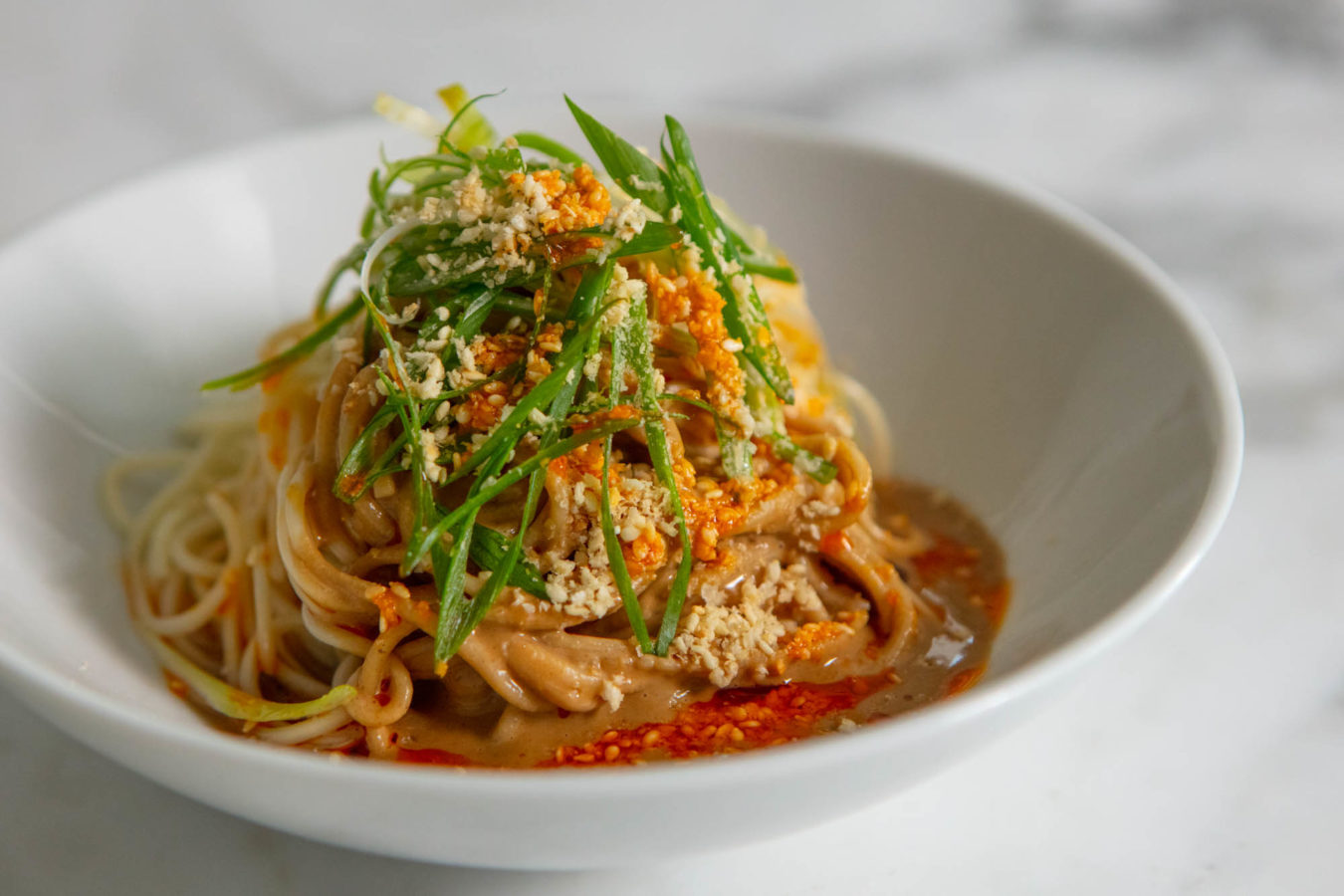 Beat the heat with these 3 chilled noodle dishes

After demonstrating how to make golden fried rice (and three variations of it!) during season one of Chefs at Home last year, chef Lucas Sin is back for round two — and this time, it’s all about noodles. He kicks off the first video with his version of chilled sesame noodles, before moving on to his take on what he calls “the generic Asian noodle salad” with a recipe for chilled soba noodle salad with yuzu dressing. Finally, he wraps up the episode with the bagged noodles he grew up eating as a snack in Hong Kong. All three are chilled, quick to make (we’re talking half an hour or less, quick), and perfect for keeping cool this summer.

Read on to learn how to make Sin’s recipes and follow along with the videos below.

First up are the sesame noodles, a Chinese takeout classic and one of the signature dishes at Junzi Kitchen. Sin typically serves them hot at his restaurants, but since it’s summer, he’s preparing them chilled here. Start out by making a sauce for the noodles with Chinese sesame paste, furu (fermented tofu), toasted sesame oil, light soy sauce, sugar, Chinese black vinegar, dark soy sauce, Sichuan peppercorn oil, salt, and Kewpie mayonnaise. Combine it all with a whisk and add a little water to help the sauce emulsify.

Once the sauce is done and the noodles are cooked and cooled (remember, no ice bath), you can start to plate. Plop a generous pile of noodles into a bowl with an equally generous amount of the sesame sauce on top, adding the scallions, ground sesame seeds, and chilli oil on for garnish. Give everything a good mix so the sauce is evenly distributed, and you’re ready to go.

Next up is a chilled soba noodle salad, or as Sin calls it, “that nine-to-five salad.” His take includes ingredients such as yuzu kosho, ponzu, and yuzu honey concentrate—”true East Asian ingredients that help punctuate yuzu’s lively fruit flavours that inspired this fusion dish in the first place,” he writes.

For the salad itself, you’ll need canned mandarin orange segments, wonton crisps, quick-cured sliced Persian cucumbers, sliced carrots, quartered cherry tomatoes, romaine lettuce, radicchio, pea shoots, and cooked soba noodles. To assemble, add the romaine lettuce and radicchio into a bowl and toss them with some of the dressing. Then, take a bowl and add some of the lettuce mixture to it, with the soba noodles going on next, followed by the other accoutrements. A final pour of dressing finishes it off.

“Honestly it doesn’t get better than this,” Sin says.

For these bagged noodles, Sin says you can put “anything and everything” in them, but the following toppings were his favourites when growing up. He adds cooked egg noodles to plastic baggies — make sure you leave plenty of room for fixings — and creates a few different ingredient combinations. One bag gets bean sprouts, cucumbers, Vienna sausage, corn, and imitation crab; another holds bean sprouts, octopus, seaweed salad, squid, and cucumber. He also prepares a vegetarian version with corn, bean sprouts, cucumbers, and seaweed salad. (This bag also gets a vegetarian version of the noodle sauce, which omits the oyster sauce and uses more soy sauce instead.)

With the ingredients in the bag, you just need to add in the sauce components: oyster sauce, toasted sesame oil, soy sauce, grated garlic, and sriracha, if you want a little heat. Get them all in the bag and mix everything up with bamboo skewers. All that’s left to do is enjoy.

“It’s just such a textural triumph, and it’s so beautiful,” Sin says as he tries one. “And it really is so easy to eat on the go.”