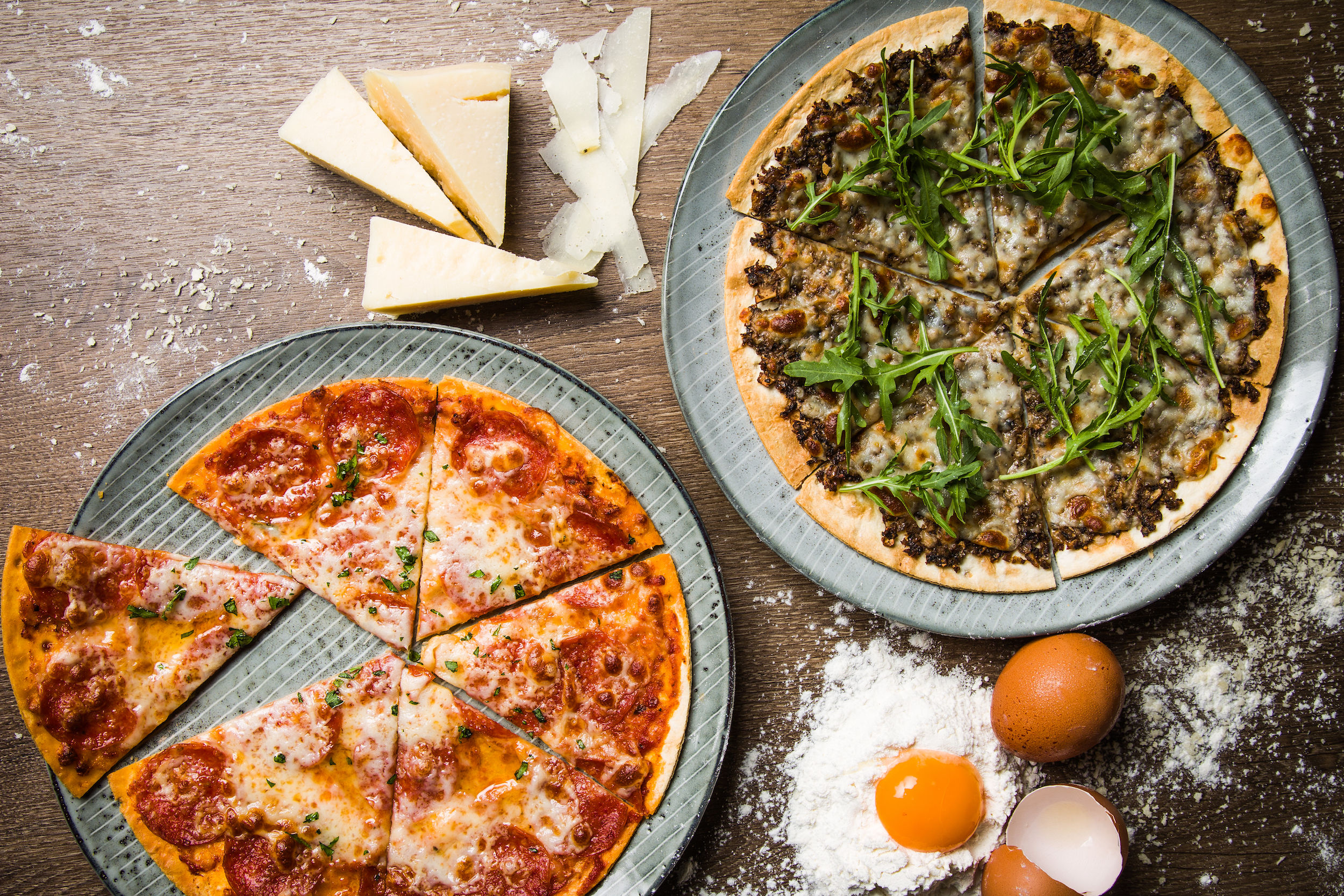 10 new Hong Kong restaurants to dine at in August

August is shaping up to be a great month for foodies: Hong Kong Restaurant Week is well under way (make sure you get your bookings in now!), seasonal summer menus from our favourite eateries are popping up around town, and some brand new places are proving to be an utter gastronomic treat — but there are always more new Hong Kong restaurants to try.

This month sees the arrival of a cosy fish ‘n’ chips shack, the much-anticipated K-town taqueria from “LA’s Taco King”, and the latest from one of Hong Kong’s biggest restaurant groups. To tempt your taste buds, here’s a preview of the places you should be booking a table at this month. Here’s some big news on the dining scene: Slated to open towards the end of August is the 15th restaurant from Hong Kong F&B heavyweights Asim Syed Hussain and Christopher Mark of Black Sheep Restaurants. A lively tandoor chophouse on Wyndham Street, the latest venue is the biggest passion project yet for co-founder Hussain, a Hong Kong-born Pakistani who grew up eating many of the dishes that will appear on the menu. While all BSR restaurants are big on hospitality, New Punjab Club seems ready to raise the bar (cue the large box of mangoes delivered to LSA headquarters courtesy of Hussain’s own family farm in Pakistan).

Centred around Punjabi cuisine, the fun and family-oriented eatery will highlight traditional dishes served from a tandoor oven, with communal dining taking centre stage. Of course, it wouldn’t be a BSR restaurant without a concept dating back to a very specific period of history: this time they’re taking us to the liberated era of post-colonial Pakistan and India. We can’t wait to see what they have in store. Mexico City-born chef Esdras Ochoa has touched down in Hong Kong and is hard at work on his flagship project here, a casual taqueria dishing up the innovative and authentic Mexican fare that’s earned him the nickname as ‘LA’s Taco King.’ He’s best known on the West Coast for founding the popular Frogtown eatery Salazar, an auto-body-shop-turned-taqueria which serves up Sonora-style tacos and BBQ, and this year earned a place on GQ‘s Best New Restaurants 2017 list.

If all goes according to plan, the 4,000-sq.-ft. space located in Kennedy Town is set to open by the end of the month, dishing up signature tacos with fillings ranging from carne asada to al pastor to braised stingray with chipotle peppers, all served on handmade tortillas. The eatery will embody Salazar in spirit, but is purposefully catered to the Hong Kong market, which, according to Ochoa, still has a ways to go when it comes to learning about authentic Mexican cuisine. We’ll be eagerly waiting to see if Ochoa can deliver on the schooling he promises in the form of delicious tacos. 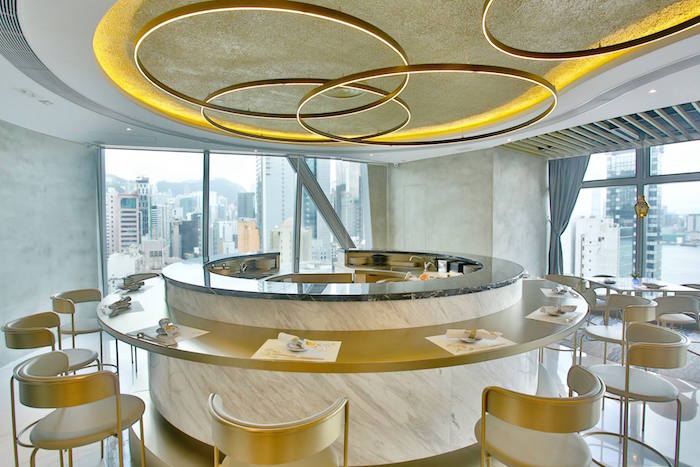 A vegetarian omakase is also available as well as affordably priced lunch bento boxes ranging from HK$180–$580. Meanwhile, interiors are elegant and luxurious, with the focal point being a circular sushi bar fitted out in gold and white marble. The restaurant seats a total of 60, including two sushi bars and two private rooms. 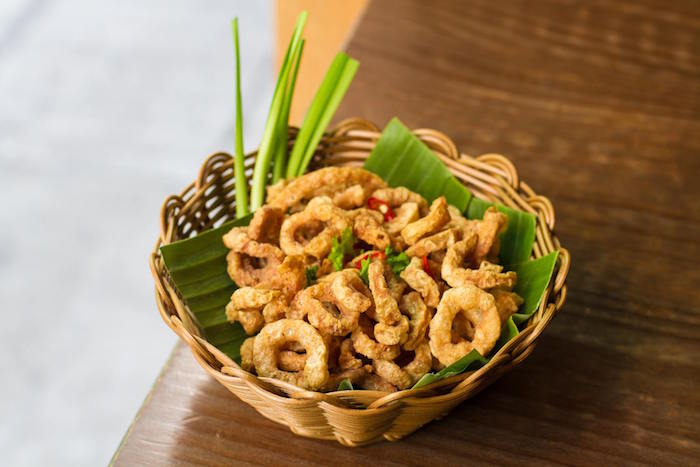 Two ex-Chachawan staffers have teamed up to give Sai Ying Pun a new local Thai haunt, a homey, down-to-earth spot where the focus is purely on the plate. Led by Thai chef Walaiphan Hanyut, with Renee Dancel graciously manning the front of house, Krua Walaiphan boasts delightful versions of popular Thai dishes, from fish cakes served with sweet chilli dipping sauce to grilled pork neck and khao pad fried rice with crab meat, egg and spring onions. Chachawan fans will not want to miss the kai jiaw, or crabmeat omelette, which makes a welcome appearance on the menu with its fluffy, golden-brown exterior chock full of fresh crab. Touting “farm-to-table” Japanese cuisine with ingredients sourced from farms in Japan and Hong Kong, Kyushu-originated izakaya chain Tsukada Nojo (with over 150 locations around Japan, Singapore and Indonesia) has landed in Hong Kong, adding yet another Japanese dining option to our city’s saturated landscape.

Thankfully, Tsukada Nojo offers something out-of-the-ordinary to tempt our taste buds. The signature dish is the Bijin Nabe (HK$320), a thick collagen-infused chicken stock that’s served with an array of fresh vegetables, fork-tender chicken meat and handmade chicken meatballs. Spin-off variations include the Bijin Nabe Sukiyaki (HK$520) and Bijin Nabe Tomato (HK$320) — both meant for sharing — to be paired with a selection of fresh starters including eel-and-cream-cheese rice paper rolls and chopped sashimi salads. Meanwhile, authentic Kyushu-style chicken cooked over a charcoal grill should make for a tasty treat for poultry fans. Yuen Long residents have a new sushi destination in the form of Ana Sushi, the latest offering from Lubuds F&B Group, which has just launched at Yoho Mall. Rather than specialising in one area of Japanese cuisine, Ana aims to be an all-around crowdpleaser, with menu categories including teishoku, sushi, sashimi, donburi, yakimono, tempura, agemono, robatayaki and teppanyaki. The diversity in the menu is backed by a dedication to using fresh, quality ingredients, with seasonal catches imported direct from Japan as well as a good variety of Japanese liquors, spirits and sake to choose from. For more unconventional offerings, try the ox tongue with bean-paste sauce (HK$88), simply seasoned with salt and pepper and slow-cooked for three hours; or the Japanese sea urchin tempura, a pop of pure ocean brine bundled up in a light tempura batter and crispy nori. The menu matches the enviable setting with fresh fare inspired by the laid-back ambiance of Australia — think produce-driven salads, grilled steaks and burgers, crispy salt and pepper squid, charcuterie platters and chilled seafood platters. Meanwhile a selection of Surf Cocktails are designed to take the edge off of workday stresses — the Passionfruit Margarita and Island Mojito both offer riffs on classics that should put you straight in holiday mode. A new neighbourhood eatery has popped up in Sai Ying Pun, offering wallet-friendly comfort fare ranging from pizzas to beef burgers and meatballs. Helming the kitchen is British-born chef Daimon Corbett, a veteran of the industry whose global resume spans kitchens in Hong Kong, Canada and India.

All In Burger & Bar Tai Hang is no longer an up-and-coming neighbourhood but a true culinary destination, with a growing list of notable restaurants and cafés that includes big names such as May Chow’s Second Draft and Bond at Little Tai Hang. One of the latest additions to the mix is All In Burger & Bar, a homely, semi-alfresco spot dishing up delicious gastropub fare.

Don’t let the name fool you — there’s much more than burgers on the menu, with a tempting menu including everything from fish and chips to cheesesteak fries, smoked-salmon salads to creamy carbonara and Bolognese pastas. Of course, the namesake item is not to be missed — choose from five different variations of gourmet burgers, from beef and lamb to more unconventional offerings such as breaded crab meat and shrimp. A decent selection of wines and beers on taps will keep you well-fuelled as you tackle the sizable patties. Located adjacent to Bathers, the second new opening from Woolly Pig Concepts is set to be a casual fish and chips stall specialising in everyone’s favourite seaside fare. At this cheery spot, fresh catches of the day will be battered and fried to a lovely golden brown, served simply with homemade tartar and cocktail sauce and a wedge of lemon. A selection of light pastas, salads and housemade ice-creams will accompany the main event, while self-service seating guarantees a communal, fuss-free vibe. The straightforward menu offers two fish and chips sizes (regular for HK$55, large for HK$75), and takeaway is also available if you prefer to take your basket down to the shore.

Hong Kong Restaurant Opening New Restaurants Dining Restaurants Black Sheep Restaurants Where to eat new openings new punjab club august new openings bathers sushi tsubomi 11 westside tsukada nojo second street comfort food & bar all in burger & bar ana sushi Restaurant Openings Mr Chipper Krua Walaiphan
Leslie Yeh
Editor in Chief
Having worked as a lifestyle editor for almost 10 years, Leslie is thrilled to be writing about the topic she loves most: wining and dining. When she's not out pounding the pavement for the latest new restaurant opening or tracking food trends, Leslie can be found at home whipping up a plate of rigatoni vodka and binge-watching Netflix with a glass of Sauvignon Blanc in hand.
Dining Restaurants Food Trends Drinks Travel
Sign up for our newsletters to have the latest stories delivered straight to your inbox every week.