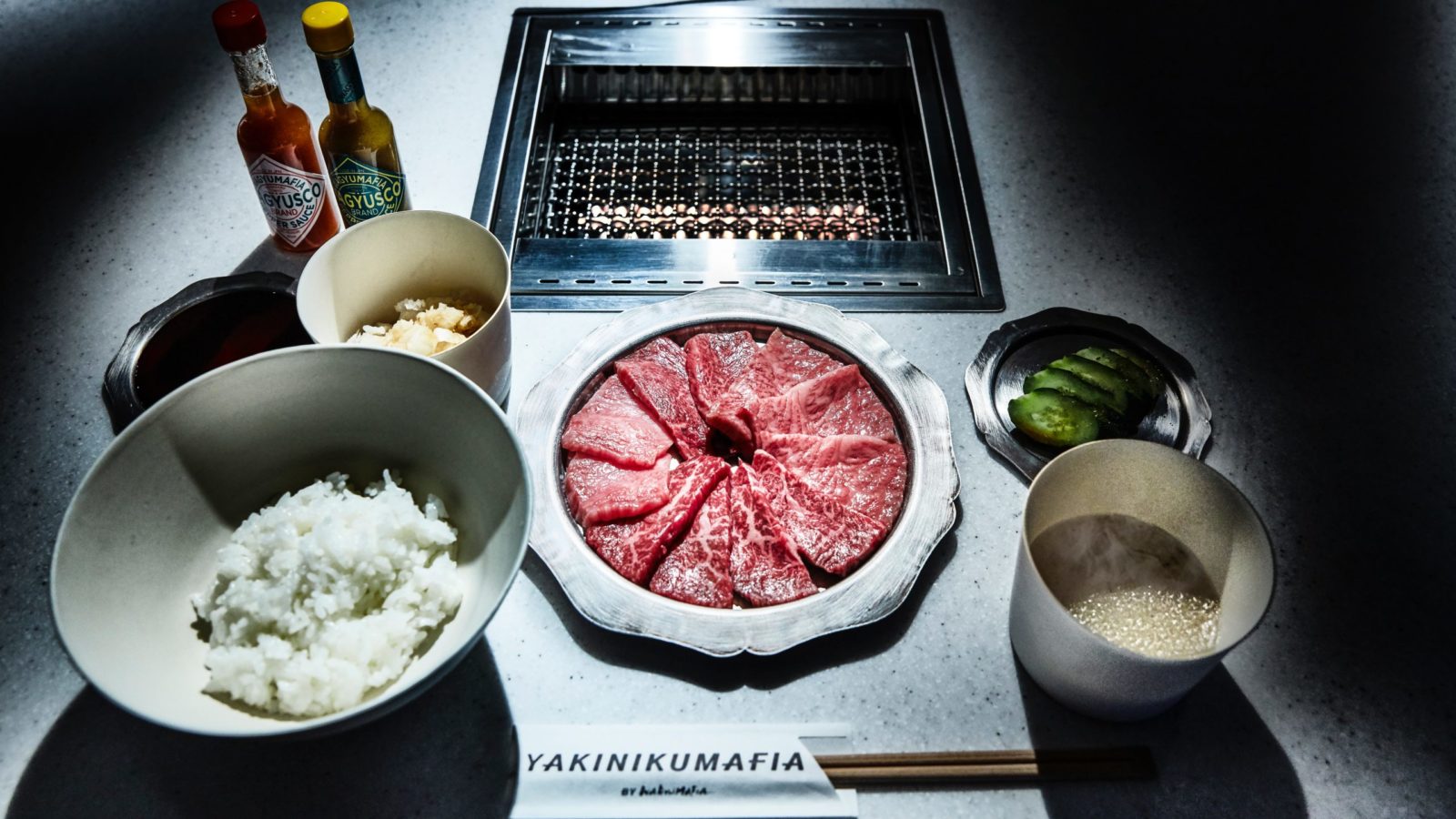 Whether to get a taste of refined teppanyaki, hearty vegan burgers or fiery curries, these are Hong Kong’s most exciting new restaurants to check out in the month of June.

After months of cooping up at home in an effort to flatten the curve, Hongkongers will be thrilled to find that dining venues are opening left and right across town just in time for summer. Quench your thirst after being in the humidity outdoors with new taproom Moonkok; dig into approachable bar bites at a new Peel Street hangout; or explore all the offerings championing local culinary talent at Basehall. Scroll through to learn more about the new restaurants opening in Hong Kong this June.

Taking over the previous Grappa’s Cellar space at Jardine House, BaseHall is a multi-concept food hall that is slated to open to the public on 15 June. Vendors are selected to celebrate homegrown culinary talent, with new concepts from the teams behind Yardbird, Moyo, Honbo, Young Master, Co Thanh and beyond: glimpses of social media sneak previews have us highly anticipating Japanese rotisserie Rotitori, craft beer pub 1842 by Young Master Ales, Malaysian diner Return of Lemak and more.

Chef Mingoo Kang, the decorated chef behind Seoul’s two-Michelin-starred restaurant Mingles, is headed to Hong Kong to open Hansik Goo in collaboration with ZS Hospitality Group. For his very first outpost outside of South Korea, Kang is bringing a twist on traditional Korean recipes, with an emphasis on seasonal herbs, imported ingredients such as kimchis and ginseng, as well as jang, or the fermented soy sauces that are ubiquitous in Korean cuisine. Highlights from the eight-course tasting menu (HK$780) look to be the Bugak (pictured) — an appetiser inspired by Korean temple cuisine; Yukhoe, Korean beef tartare; Samgye risotto, combining Korean ginseng chicken soup and fried chicken into a tasty main; as well as the bulgogi or Korean barbecue meat dishes — served as ssam lettuce wraps.

Hisato Hamada is at it again, unveiling the continuation of the Wagyumafia saga with a new yakiniku concept — its second branch in the world after Tokyo. For those who have perhaps found Wagyumafia’s exorbitant prices a little hard to swallow, Yakinikumafia offers the group’s exclusive Ozaki Wagyu with more affordable cuts for a delicious introduction to the premium beef. Diners will be sitting in for the straightforward BBQ Plate Combo Set, featuring three cuts of Ozaki Wagyu, rice, Wagyu bone broth, pickles and ponzo daikon, while cocktails are designed by beverage director John Nugent, with a selection of small batch sake, highballs on tap, shari (shaved ice) cocktails and Wagyumafia’s own yuzu IPA on offer. Make sure to book early via registration online: there are only 250 reservations available per month, with quotas opening on every 15th of the month for the following month.

Named after the Toyota Crown Deluxe taxis used since the 80s in Japan, Black Sheep Restaurants’ latest offering takes over the quiet mezzanine space on LKF Tower, revamping the former Bread Street Kitchen space into a lavish and nostalgic teppanyaki affair, inspired by the legacy of wrestler-turned-restaurateur Rocky Aoki, who founded the (in)famous theatrical teppanyaki chain Benihana. With a sprinkle of third culture charm, the gilded space offers set menus featuring premium ingredients such as A5 Kagoshima Wagyu, spiny lobster, market sashimi fresh from Toyosu, Tokushima tomatoes and more. After the spectacle of teppan dining, guests are invited to enjoy the rest of the evening in a 30-seat dessert and whisky lounge showcasing signature Japanese drams and American bourbons. Bookings are open from 12 June onwards.

Answering to the convivial Peel Street vibe, Meraki Hospitality Group is launching SoHo’s newest neighbourhood hangout with a casual all-day diner prizing comfort food and speedily poured cocktails — all at pocket-friendly prices. Think delectable, tapas-style bites such as a homemade XO fried chicken wings, King prawns with chorizo and manchego, and potato chips with jamon, best washed down with its house ‘negroni’ — made with tequila, mezcal, Punt e Mes, Campari and homemade walnut bitters, or summer-friendly cocktails such as the FOMO (Fruit of Mamma’s Orchard) Daiquiri, which changes according to seasonal fruit.

After hosting several veg-based summer block parties last summer, Hong Kong’s newest vegan hangout is now located within an existing bar in Sai Ying Pun. Big Dill’s mission is to serve plant-based comfort food as satisfying as mainstream dishes: burgers and gyros are the name of the game here, featuring plant-based ‘chicken’, ‘beef’ and ‘lamb’ proteins that are all made in-house with fresh ingredients. It’s currently only open for dinner from Tuesday to Sunday, 5–11pm.

The husband-and-wife team behind Hong Kong Museum of Art’s Hue and Ink, SoHo’s Big Sur and Lantau’s Bathers has recently revamped its former rooftop space Madame S’ate with elegant yet approachable French bistro fare. District 8 places chef Anthony Hammel, also behind the winning menu at Hue, at the helm, with perennial Parisian favourites such as steak frites, mussels marinières, freshly shucked oysters and a selection of other beef-centric dishes such as cote du boeuf, Chateaubriand and more. Make the most of its al fresco space this summer by delving into the extensive wine list (with 35 labels available by the glass), or the chilled local craft beers on tap.

The formula of craft beer met with Cantonese-inspired bites always does the job: Moonzen Brewery’s first taproom pairs comforting snacks with a dizzying array of house brews, eclectic bottles as well as guest taps from abroad. Try a selection of baos, tacos and a plethora of poultry-based snacks (think wings, feet, cartilage, shredded) with recipes made to pair with Moonzen’s core range of beers.

Rosewood Hong Kong’s newest restaurant pays homage to the traditional street food recipes from all across India, with showstopping presentations and cleverly refashioned dishes befitting Hong Kong’s choosiest diners. Soft opening at the tail end of May, Chaat has appointed chef Manav Tuli, previously head chef of London’s storied Tamarind, in the driver’s seat — with a hearty menu plucking favourites from India’s central states, the coast of Mumbai to the west, Punjab in the north and Kerala to the south. Equally anticipated is a cocktail list led by Arcadius Rybak, Rosewood Hong Kong’s director of bars, as well as a wine list featuring Portuguese and rare Indian wines curated by Nicolas Deneux, director of wines.