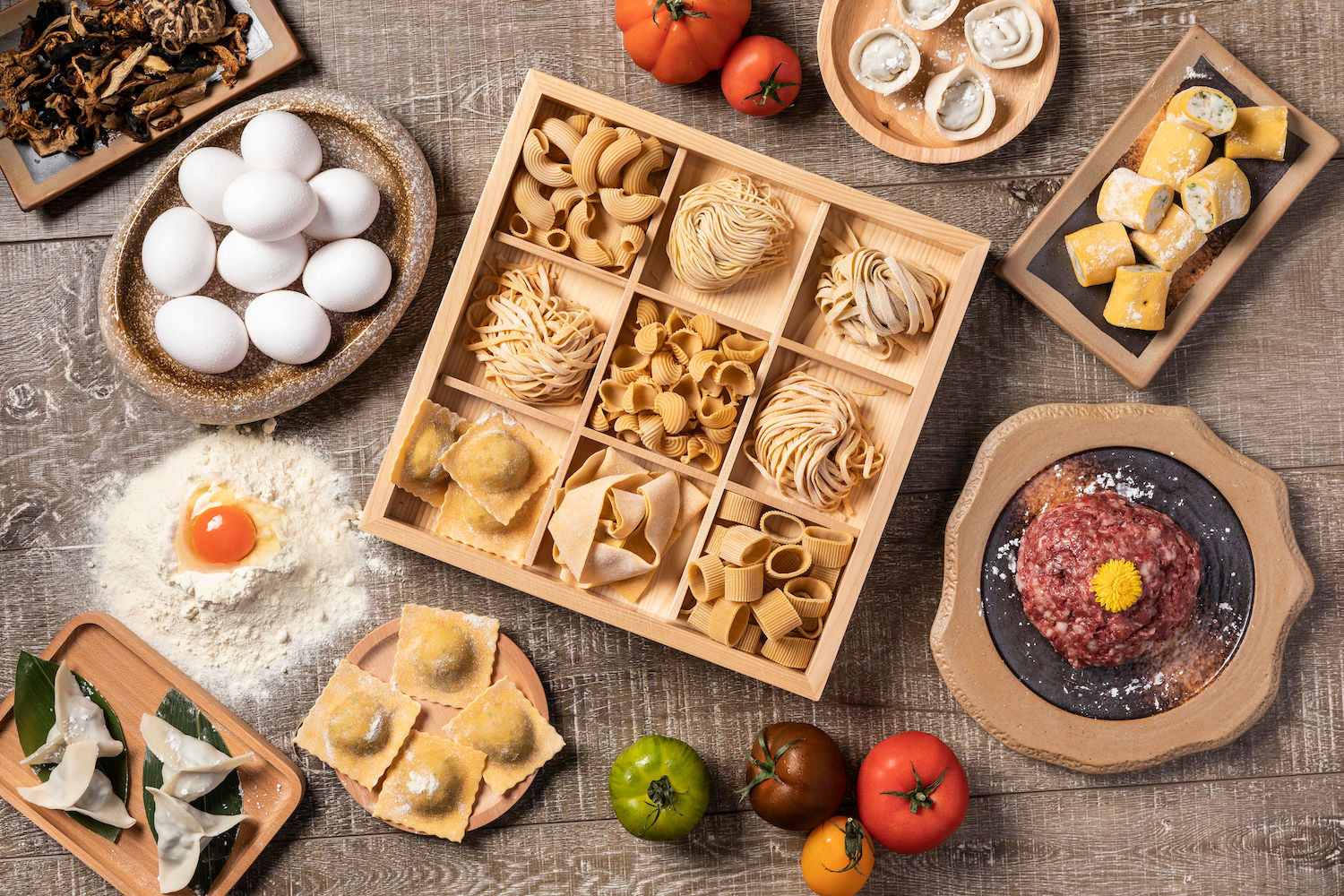 Say so long to aspirational summer dieting — these new restaurants are making sure we’re well-stuffed (like it or not) in the lead-up to the summer months, from a taqueria powered by one of Hong Kong’s top restaurant groups to the first solo venture from two well-known Western chefs. Along the way, make sure to save room for Hong Kong’s first restaurant dedicated to Burgundy wines, the much-anticipated return of chef Olivier Elzer to the local dining scene, and elevated East-meets-West hot pot. Here’s where to grab your fork and tuck in this month.

If anyone can salvage Hong Kong’s prolonged dearth of high-quality Mexican cooking, it’s Black Sheep Restaurants. Mexican is one of the last food frontiers for co-founders Syed Asim Hussain and Christopher Mark to conquer after sprinkling their particular brand of culinary fairy dust over the world’s cuisines, including Japanese, Sri Lankan, Indian, Greek, Lebanese, Vietnamese, Italian and more. Their newest opening, Super Macho, has been a long time in the making, but if their scrupulous attention to detail across the trifecta of concept, ambience and cuisine can be applied here, Super Macho has the makings to be the knockout restaurant of the summer.

Here, seafood tacos, small plates and plenty of tequila are given serious contemplation, imbued with the group’s magnetic energy and convivial vibes. Our mouths are watering in anticipation as we await to see whether Super Macho is destined to be Hong Kong’s best taqueria. Stay tuned as we bring you our review.

Also opening this month is the highly anticipated joint venture between chefs Chris Grare and Arron Rhodes, the former head chefs of Lily & Bloom and Gough’s on Gough, respectively. The two culinary rock stars are teaming up for their first entrepreneurial venture, Kinship, where they’ll carry out their joint vision of a rustic, family-friendly, farm-to-table restaurant where Grare helms the kitchen and Rhodes manages front of house.

Combining years of experience in the local dining scene, Grare and Rhodes are championing a return to simple and accessible cuisine rooted in fresh, seasonal produce with a touch of fine dining technique, all offered at honest prices. Expect to see the transparency and traceability of hand-picked ingredients from family-run local farms and suppliers, as well as choice ingredients from further afield, including fresh wild salmon caught off the coast of the Faroe Islands. Kinship is rounded out with an excellent wine and beverage programme, relaxed atmosphere and elegant surrounds.

The Landmark Mandarin Oriental is getting a massive upgrade in F&B this month, throwing open the doors to three new ventures to coincide with the grand reopening of Richard Ekkebus’ flagship Amber, which has just completed an extensive renovation and menu revamp. Opening next door to Amber is prestigious, three-Michelin-starred Sushi Shikon, which is relocating from its Sheung Wan location to join LMO’s portfolio; as well as Somm, a casual neo-French bistro anchored by a spectacular selection of over 1,600 Champagnes, wines and sakes, not to mention a special ‘Sommeliers Lunch’ on the weekends geared toward oenophiles.

In addition, the hotel will debut new omakase concept Kappo Rin, a collaboration between Master Chef Yoshitake of Ginza’s three-Michelin-starred Sushi Yoshitake and Hong Kong’s three-Michelin-starred Sushi Shikon. With a focus on both cooked and raw items, the menu at Kappo Rin ostensibly features only the best produce from Japan’s most prestigious purveyors, with the multi-course omakase meal celebrating the seasonality and quality of prime ingredients. Kappo Rin will serve just eight diners per night within the zen-like setting, offering up an exclusive and intimate experience.

Recently opened in Central is Piin Wine Restaurant, a heaven-on-earth spot for oenophiles with its in-depth wine programme curated from the owner of two of Burgundy’s most impressive domaines, Château de Meursault and Château de Marsannay. Hoping to highlight the compatibility between European wines and Chinese food (a pairing that’s perhaps presented its challenges in the past), Piin’s well-thought-out wine pairings are accomplished via a menu of over 2,000 pours (including 100 by-the-glass options) accompanied by elevated Cantonese cuisine from Fook Lam Moon alumnus, Chef Ming.

Amongst the ritzy interiors replete with blue and gold furnishings, harmonious wine pairings focus on large-format, older vintages and rare bottles of Burgundy. Diners are encouraged to venture deep into the esoteric wine cellar while feasting on dishes such as smoky cold abalone with plum sauce, cigar duck rolls and deboned chicken wings stuffed with glutinous rice.

Hong Kong may be teeming with yakitori spots, but this latest opening from the group behind 298 Nikuya and Porker has poultry lovers going wild for its high-quality ingredients, precise technique, and buzzy atmosphere located smack dab in Central’s newest dining hub, H Code. The 298HK group have proven they are masters when it comes to Japanese-style grilling, and Birdie is no exception — diners can expect perfectly charred, bite-sized bits from all parts of the chicken, including hearts, gizzard, crispy skin, thighs and livers. The restaurant is anchored by a horseshoe-shaped bar around which patrons can tuck into their smoke-tainted skewers, vegetables and small plates (think chicken liver pâté and grilled rice balls) while downing copious amounts of sake, shochu and whisky highballs.

It’s been a while since the Michelin-decorated chef Olivier Elzer left Seasons in 2017 after an impressive 3-year run at the Lee Gardens fine-dining gem. The former frontman of Hong Kong’s L’Atelier de Joël Robuchon is now back in the saddle at the crown jewel of the new St. Regis Hong Kong portfolio, L’Envol. It should come as no surprise that L’Envol is an ode to white tablecloth fine dining at its best, with cream-coloured carpets and crystal stemware adding to the richly upholstered dining room accented in gold and marble. While no stone has been left unturned in outfitting L’Envol with aesthetic appeal, details such as an open kitchen and affordable lunch sets concede to a more modernised template of fine dining, as Elzer once again shows off his wizardry in progressive French gastronomy with astute technique and graceful aplomb.

A signature fine-dining Cantonese restaurant is a pre-requisite for any luxury Hong Kong hotel opening, and The St. Regis is entering the arena with Rùn, headed up by the venerable Hung Chi-kwong. Like L’Envol, the chef in charge comes with serious credentials: Chi-kwong most recently ran the kitchen operations at Man Wah, another gilded hotel dining room inside the Mandarin Oriental, Hong Kong. At Rùn, splendid views, splashy interiors, and a comprehensive menu of traditional Cantonese dishes and seasonal specialties come together to create a covetable dining experience for local and visiting gastronomes.

Elevated hotpot has found a home at J Pot, which recently opened in the heart of Causeway Bay replete with musical references and an appearance by Taiwanese singer, Jay Chou, at the grand opening. This trendy spot follows the next evolution of the modern hot pot wave, presenting an array of East-meets-West ingredients for dunking and dipping in different varieties of broth and homemade sauces, including more unconventional flavours such as sea urchin miso and Sichuan Thai-style boat noodles soup.

Set in a whimsical dining room with geometric art and backlit tiled walls reminiscent of a music studio — J Pot’s sense of theatrics is boosted by a menu that flits freely across borders, offering a broad scope of sashimi and carpaccio, hydroponic vegetables, and fresh pasta made daily inside the glass-encased pasta kitchen. Whether you choose the tasting menu or opt for à la carte, don’t miss out on sampling the premium Hiyama Kuroge Wagyu meat, which is available here for the first time in Hong Kong.

Fans of Masala Train’s healthy Indian takeaway will want to keep their eyes peeled for Cardamon Street, which is set to debut this month with a slew of innovative Indian dishes courtesy of owner Tiena Sekharan. With the goal of delivering authentic Indian home-cooked meals with the right balance of protein, fibre and carbs, the former-banker-turned-cook is now turning her attention to pushing the boundaries of her homestyle Indian eats, turning the tides on SoHo’s gluttony of carb-dense lunches with light and refreshing bites infused with the kaleidoscopic cabinet of punchy Indian spices. Expect cumin, coriander and the restaurant’s namesake spice to be profuse in cross-cultural mash-ups such as rasam ramen, chicken tikka sliders, lamb quinoa biryani and paneer croquettes.

The four treasures of Chinese seafood delicacies — abalone, sea cucumber, shark fin and fish maw — feature on the menu at the new Ah Yung Kitchen in Causeway Bay, created in partnership with the legendary abalone expert behind Michelin-starred Fu Ho Restaurant, and the ubiquitous brand of ‘Ah Yung’ Chinese food delicacy products crowding supermarket shelves. The expensive mollusk shows up on the restaurant’s signature ‘Ah Yung Abalone’, offered alongside other dishes which celebrate rarified Cantonese cooking, from stir-fried superior bird’s nest with soup to stewed crab claw with egg white and sea cucumber dumplings. In accordance with Ah Yung’s food philosophy, dishes are MSG-free and food colouring-free, with careful attention played to selection of ingredients and quality assurance in sourcing. An array of artisanal dim sum rounds out the menu, from hand-chopped steamed beef dumplings to golden pan-fried potato cakes.

New Restaurants Hong Kong Dining Where to eat new openings supermacho
Leslie Yeh
Editor in Chief
Having worked as a lifestyle editor for almost 10 years, Leslie is thrilled to be writing about the topic she loves most: wining and dining. When she's not out pounding the pavement for the latest new restaurant opening or tracking food trends, Leslie can be found at home whipping up a plate of rigatoni vodka and binge-watching Netflix with a glass of Sauvignon Blanc in hand.
Dining Restaurants Food Trends Drinks Travel
Sign up for our newsletters to have the latest stories delivered straight to your inbox every week.