There’s plenty to keep hungry foodies occupied this month — from K11 Musea‘s plethora of restaurants and street eateries, to the debut of an iconic London restaurant; a famous chicken rice shop from Singapore to authentic Malaysian street fare from a budding hospitality group. Here’s where to feast all over the city this month.

After months of anticipation, London’s iconic Duck & Waffle restaurant is now open in Hong Kong, taking up a prime location on the ground floor of Central’s IFC Mall. We had a sneak peek of the menu and can report that the kitchen here has faithfully recreated signature dishes such as spiced ox cheek doughnuts, foie gras creme brûlée paired with puffed pork skin brioche, and of course, the namesake dish: confit duck leg atop two fluffy buttermilk waffles.

The restaurant boasts stylish and bold-coloured décor thanks to the clever design work of CetraRuddy, and features one wall lined with windows looking out towards the harbour. While not open 24 hours a day like its London counterpart, you can still get breakfast from as early as 8am, with late-night bites and cocktails served until midnight.

Offering playful takes on beloved street food classics, Jalan’s menu includes highlights such as a Chinese-Indian-inspired beef rendang samosa; laksa fried chicken with tender thighs marinated in Peranakan coconut curry paste; and black pepper eggplant, inspired by Singaporean black pepper crab. For a snack, tuck into the satay chicken, and fill up on carbs over stacks of flaky roti canai. Dessert includes an East-meets-West creation of pandan custard doughnuts, while tropical-inspired cocktails range from a riff on Pisco Sour to the Masala Mule made with gin, turmeric honey, ginger beer, lemon and homemade pepper bitters. Sign up for the soft launch here for a chance to get 20% off your bill during opening weeks.

Get ready to increase your intake of the world’s trendiest superfood at Avobar, the new home for all things avocado at brand-new K11 Musea. Those with a penchant for the vitamin-packed superfood can settle down in the light-filled outpost of the celebrated London café, tucking into an all-day menu of brunch favourites along with nourishing drinks and even nutritious cocktails and natural wines.

Filled with green planters and evoking an atmosphere of Californian cool, Avobar dishes up health-conscious grain bowls and salads, with popular dishes including the Avo bun burger (featuring a sweet potato and red lentil patty), corn fritters topped with guacamole, salad bowl filled with green superfoods, and even vegan tacos with black beans and avo. And of course, who could forget avo toast: variations on the ubiquitous brunch dish include smashed chilli avo on sweet potato toast, and the crushed avo furikake with a turmeric poached egg on sourdough. 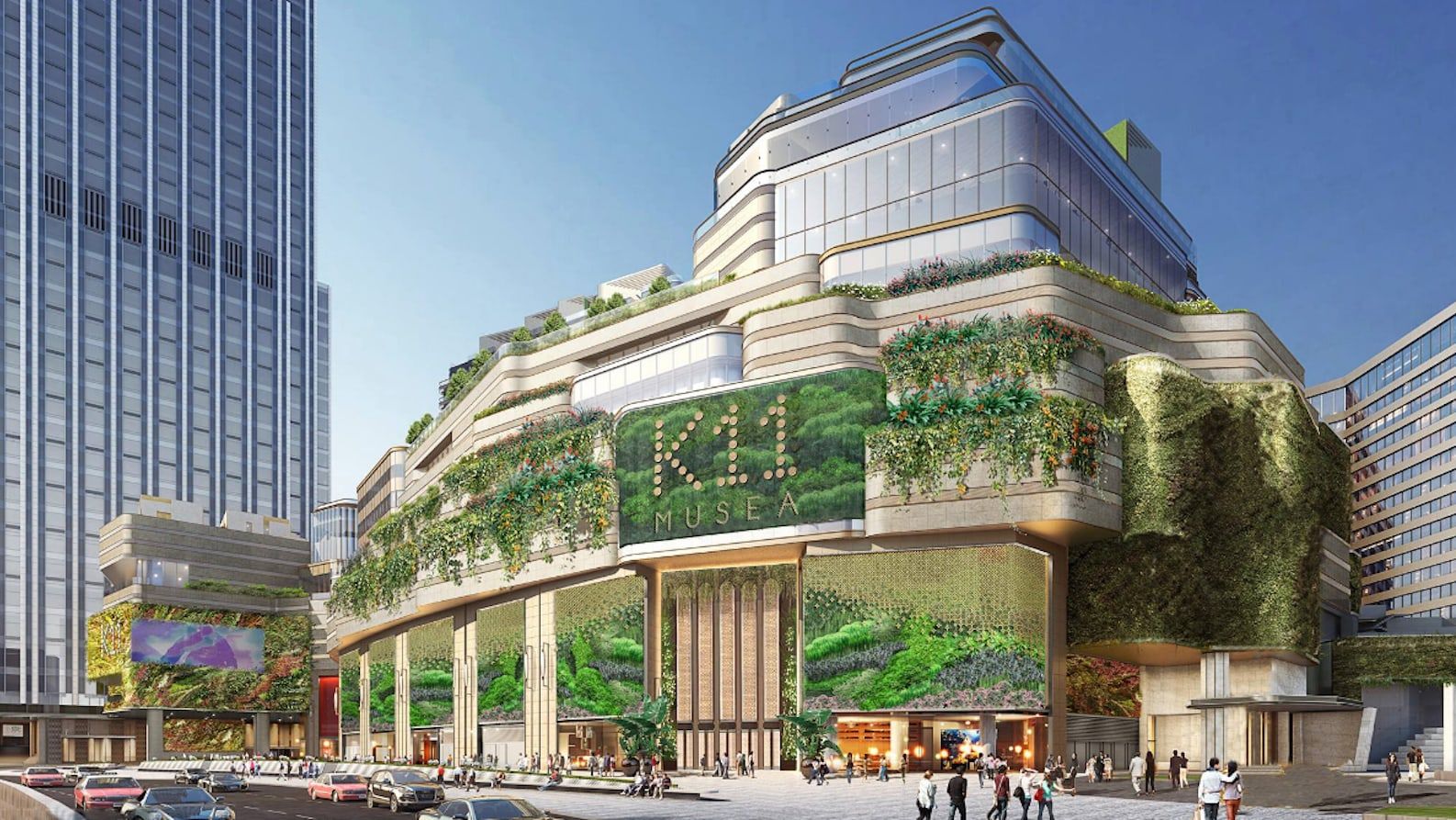 Also opening in K11 Musea this month is Chatterbox Café, one of Singapore’s most iconic chicken rice shops. Originally opened in Mandarin Orchard Singapore in 1971 as the only outlet in the city’s five-star hotels serving hawker-style fare, Chatterbox has since risen to international fame. The Hong Kong outlet will swing open its doors in Tsim Sha Tsui this September, taking over a 2,200-sq.-ft. space with 95 seats in total.

You may know Dalloyau for its many patisseries around Hong Kong, but the gourmet brand — with a rich royal heritage spanning back to serving the Palace of Versailles since 1682 — has become a fully-fledged bistro with several locations around town, including a newly opened outlet in Central’s Entertainment Building. With a menu rooted in age-old French recipes, Dalloyau’s kitchen brings classic French recipes to the table, from Crêpe Suzette to Truffle Soup Élysée, the latter reinvented in honour of the forefather of French cuisine, Paul Bocuse.

The new Central outlet reimagines the old traditions of French cooking in a more health-conscious light, presenting dairy-free alternatives as well as dishes made with less sugar and fat. Taste the royal legacy of Dalloyau in dishes such as crab meat salad with jellied tomato consommé; Salmon Coulibiac, with seven layers wrapped in puff pastry (pictured above); and Hen in a Pouch, featuring hen stuffed with duck foie gras and black truffle. The bistro also serves house-made ice creams and sorbets, made-to-order sandwiches, freshly baked bread and afternoon tea sets.

Prepare for a hit of mouth-numbing spice at Redhouse, which opens its first branch in Causeway Bay this month, less than a year after the launch of its California Tower flagship. Located at Soundwill Plaza 2 – Midtown, the new branch expands on the menu fusing East and West, with a spacious dining room lavishly decorated in vintage Oriental elements from Chinese porcelain wine pots to a bold red-and-black backdrop.

Grab a group and feast on popular dishes such as stir-fried lobster noodles with ginger and scallions; and the signature ‘Flaming Whole Chicken with Glutinous Rice’, a modern rendition of Beggar’s Chicken limited to 20 orders per day. Other platters made for sharing include the house Peking Duck and crispy fried chicken tossed with a liberal amount of red-hot Sichuan peppers.

Located next to the newly opened Premiere Cinema at Elements, Pho Dle Bar promises to satisfy your noodle cravings in a pinch, with steaming bowls of Vietnamese beef noodle soup served alongside side dishes and refreshing drinks. A worthy addition to the suite of gourmet offerings at the West Kowloon mall, the must-order here is the Beef Short Rib Pho,featuring an unctuous broth slow-simmered with beef bones for over six hours.

Pair your pho with a number of creative sides including a slow-cooked pulled pork wrapped in wheat pancakes; pork ribs with plum and tamarind and puffed wild rice; and lemongrass beef bun chay with freshly-ground tamarind juice. Stylish bar-top seating against a neon-lit wall provide a cosy backdrop to indulge in the creative Vietnamese fare.

With wine bars increasingly putting as much emphasis on the food menu as the drinks, we have a good feeling that sommelier-led specialty wine bar ThinkWine is going to become one of the popular destinations of summer for both oenophiles and gourmands alike. Located in the newly opened LL Tower (which also houses friendly neighbourhood restaurant Kinship), ThinkWine is run by two respected French sommeliers: Romain Loriot (previously Group Sommelier for Le Comptoir Group) and Jean-Benoit Issele (former Head Sommelier of Belon).

Their curated cellar selection features close to 600 different wines, highlighting a diversity of terroirs, appellations and vintages. Even the most knowledgeable wine aficionados can discover something new here, with the experience enhanced by tasteful food pairings —  from caviar to comté — and a dedicated bar bites menu.

Fiery flavours abound at Chuan Palace, where Sichuan specialties are offered alongside a top-quality dim sum menu inside Moko Mall in Mongkok. Offering a spicy hit to wake up the palate this summer, the Sichuan temple is run by two veterans of the scene: chef Chi Kwong Lee, previously of San Xi Lou and Golden Valley; and chef Sai Fai Chan, previously a dim sum chef at Wing Lei Palace at Macau’s Wynn Palace.

Those who mourned the closing of Home Eat To Live back in 2017 will be glad to know that Christian Mongendre is back with his latest plant-based passion project: Treehouse, slated to open in H Code this September. The F&B hub that houses Birdie, Piin, Root and Nojo will welcome the co-founder of Mana‘s new fast-casual restaurant focusing on healthy dishes made from local, organically sourced produce.

Situated on the ground floor, passers-by and hungry diners in search of healthy lunch options can pop in for a green-minded meal comprised of grain bowls, burgers and salads, alongside a drinks menu of cold-pressed juices, cold brew coffees, kombucha and smoothies. It’s not just the menu that’s been made with a green mentality: The light-filled diner has been designed with lead-free eco-cement, reclaimed wood and 100% recycled plastic furniture — offering a true paradise for Hong Kong’s eco-minded pioneers.