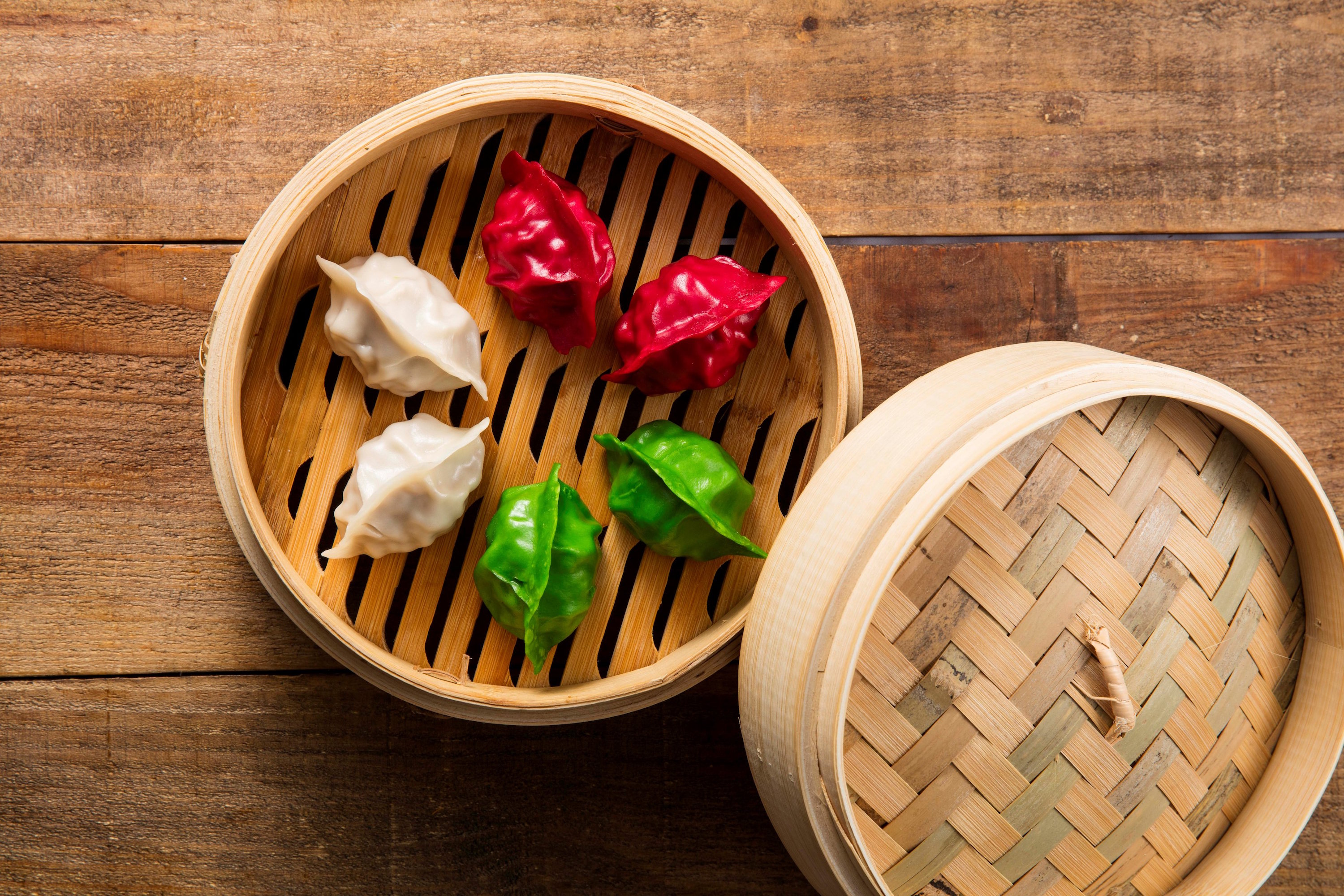 March is jam-packed with arts and culture events, and in between all the gallery hopping and art gazing, we’re certain Hongkongers are going to be working up a bit of an appetite this month. Take a break from exploring all the art exhibitions in town to check out these new restaurant openings in March, including the arrival of a modern Chinese gastropub, Instagrammable crêpes, and a canned-cocktail concept from one of Hong Kong’s leading bars. 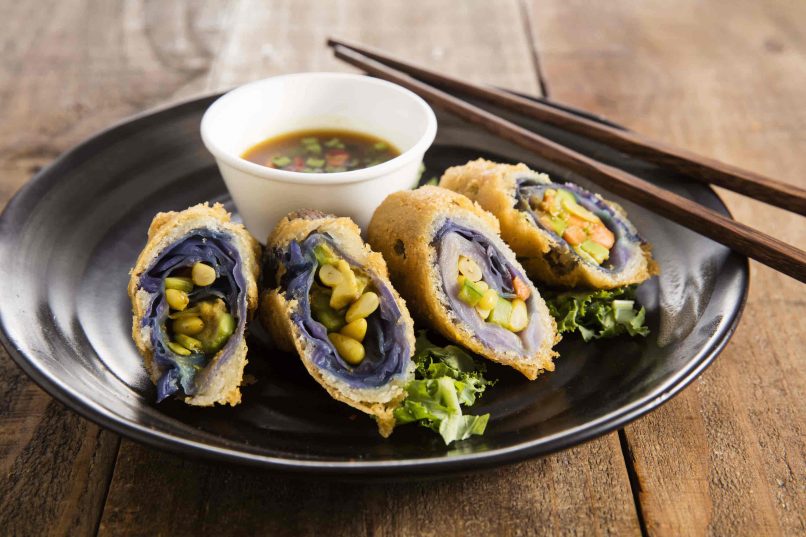 Over on the Kowloon side, Civic Square at Elements mall has just welcomed a new Chinese gastropub to its group of casual, open-air restaurants which include eateries such as Madam S’ate, Grand Central Bar & Grill, and Bohemian bar Pivo Czech. The newly opened The Pond is a two-story venue with an alfresco bar area and open-style seafood counter where guests can pick out the fresh catch of the day to be cooked according to your preference. If meat is what you’re after, the kitchen here also specialises in Peking duck, as well as a range of provincial dishes ranging from Sichuan spicy crispy chicken to wontons in lobster soup. For a quick bite, there’s a menu of nouvelle-style Chinese “tapas” on offer, alongside a unique cocktail list which incorporates Chinese herbal ingredients such as Shoumei white tea and wolf berries. 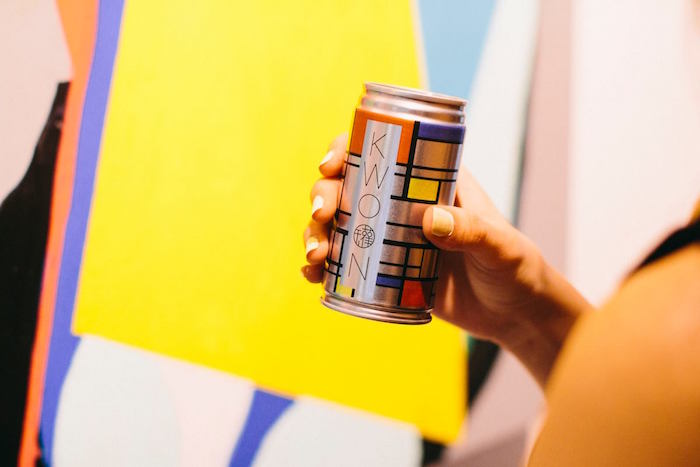 After success from the popular cocktail bar The Woods, owner Victoria Chow has just launched a second creative bar on Staunton Street — this time built on the concept of artisanal canned cocktails, the first of its kind in Hong Kong. While many associate canned cocktails with the cringeworthy G&T or rum and coke convenience store varieties, Kwoon promises to deliver top-notch spirits in a range of interesting flavours, akin to having a fresh cocktail at the bar, but with the flexibility of enjoying your drink on the go. All of Kwoon’s cocktails are made fresh at the concept bar, dispensed from taps and canned on location. Made with no artificial preservatives, the drinks can keep for up to two months in the fridge. It’s a funky, out-of-the-box concept that may be just what Hong Kong’s cocktail scene needs. 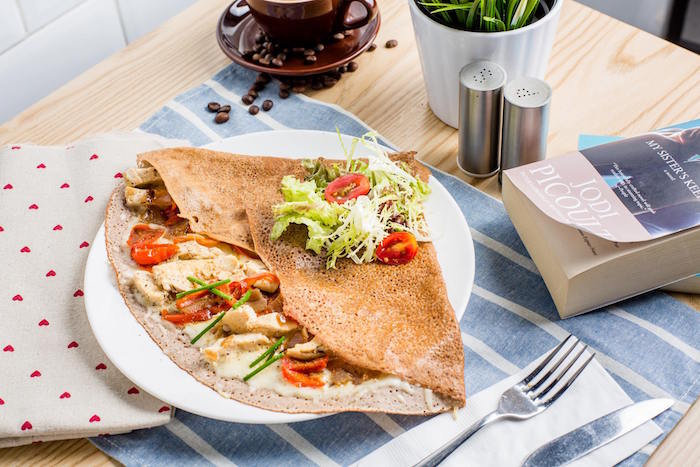 Many restaurants go out of their way these days to make a dish that’s photo-worthy enough to post on your Instagram, but this newly opened café in SoHo is taking it one step further and naming their dishes after the ubiquitous social media tool. Nevertheless, we sent our editors there equipped with their appetites rather than their camera phones, and they only had good things to report back, namely a lunch deal that’s unheard of in Central with two crêpes, one savoury and one sweet, plus a drink for HK$68. Recommended are the champignon crêpe and the butter lemon sugar — both utilising fresh ingredients, with classic combinations that can’t go wrong. While it may not be the best crêpe in the city, it’s undoubtedly the best value-for-money around Central. 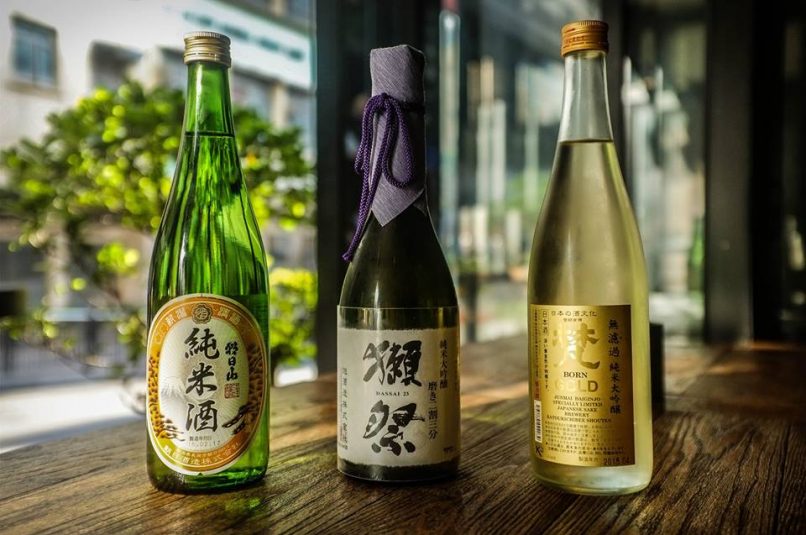 The guys behind Sheung Wan gastropub Three Monkeys are gearing up for the grand opening of Sake House this month, an extension of their Japanese bar on Hollywood Road. Resembling a cosy izakaya, Sake House is set to become a popular gathering spot for lovers of the Japanese rice wine, with a carefully curated range of sakes sourced from around Japan, as well as several premium bottles including the Zankyo “Super 8” Junmai Daiginjo (HK$4,880 for 720ml), which takes 250 hours of rice polishing to produce. The Three Monkeys kitchen will provide the range of bar snacks and grilled skewers on offer, including bigger plates such as sukiyaki and spicy seafood hot pot.

The sushi joint known for their monstrous uni cups has just launched a second location in Whampoa Garden, providing local residents with an authentic slice of Japan. Sushi Man is led by head chef Cupid Leung, who spent 11 years under the tutelage of sushi masters in Japan. Dinner at the restaurant is a long, drawn-out affair starting from HK$1,000 per person for omakase, while lunch starts as low as HK$300 per person (omakase is also available during lunch). As for the drinks selection, Sushi Man serves a variety of 20 different sakes, each hand-selected from different sake houses throughout Japan. Those seeking a more intimate experience can book out one of three private rooms, with the VIP room equipped with a sushi bar and a private chef for the group. 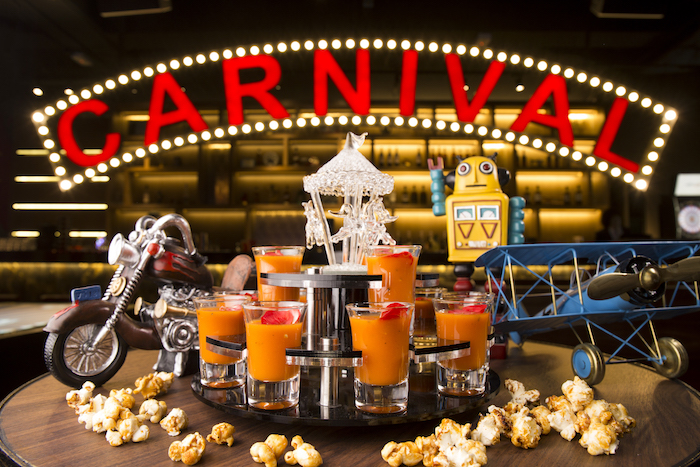 Bringing the fun back to the Kowloon side is Carnival, a newly opened bar in Tsim Sha Tsui that’s themed around a festival atmosphere with innovative cocktails, entertaining table games, craft beers, and beer pong. Located in the same building as TST hotspot Maison Eight, Carnival covers a 5,000-sq.-ft. space which includes dart games, slap cup and beer pong tables, big screen TVs for live sports coverage, and even karaoke rooms. Themed cocktails and shots are on the menu here, with signatures including the Merry-Go-Round (eight shots served on a merry-go-round set-up); and the Ferris Wheel (12 shots of lychee liquor, grape leaf liquor, Campari, syrup and cotton candy) served on a mini ferris wheel. Opened by the same people behind Drunken Pot, the food menu will serve a similar stable of snacks from the popular hot pot joint.

Chef’s Table at The Ritz-Carlton 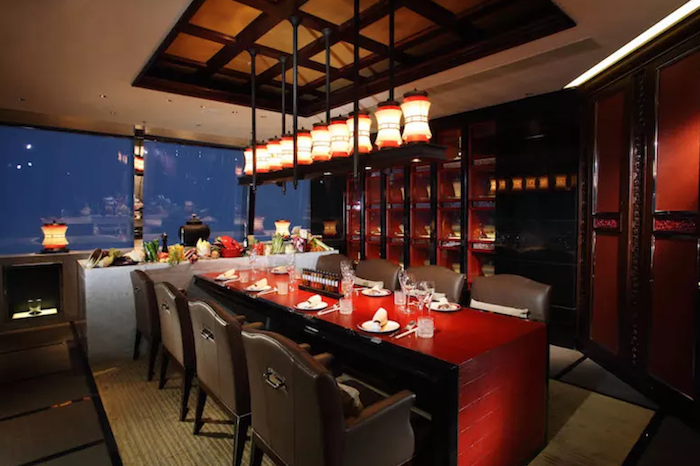 Looking for a unique dining experience this month? The uber-luxe Ritz-Carlton has just launched a private dining space on the 102nd floor of the hotel, with the kitchen situated right next to the table so diners can get a front-row view of Executive Chef Peter Find at work. Available for a maximum of eight diners with HK$16,000 minimum spend, the Chef’s Table is an intimate experience with a seasonally rotating menu to spotlight the classic dishes from one country at a time. March kicks off with signature dishes from chef Find’s hometown of Germany, with a six-course menu including crispy pork rinds with a curry dip, a brown shrimp salad with herbs and pumpernickel, pork pâté with herring fish and granny smith apples, and Koenigsberger, or black forest ham-wrapped pork loin with a creamy caper sauce. 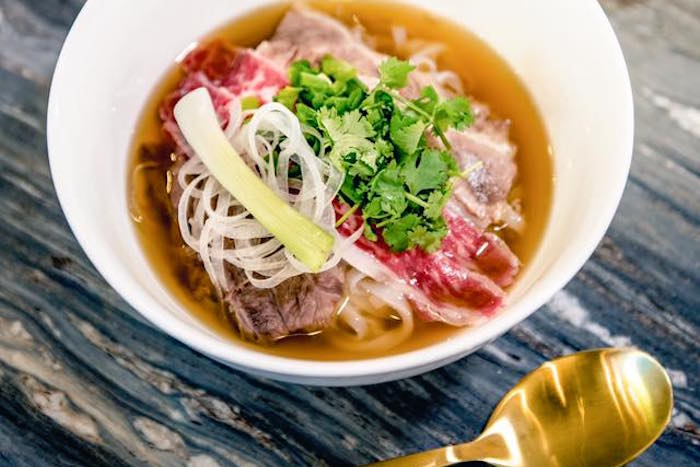 After ending 2016 on a high with the recognition of Bib Gourmand from Michelin Guide Hong Kong & Macau, local Vietnamese eatery Brass Spoon has expanded west to open up its second shop on Pottinger Street. The new space boasts plenty more elbow room than the Moon Street location, with capacity to seat over 50 and a larger kitchen to churn out the wonderfully aromatic, slow-simmered beef pho bowls that the eatery is known for. On the menu also is a tasty range of street snacks, such as piping hot spring rolls as well as different types of bun vermicelli. While the Moon Street location often closes early as soon as the broth runs out, we’re hoping this larger Central location can sustain the crowds of eager pho-seekers who are sure to flock through its doors.

The city continues to welcome one Japanese import after another as this month sees the launch of Dohtonbori in TST’s K11 mall, one of Osaka’s famous chains serving up okonomiyaki pancakes. While the usual okonomiyaki is made of flour, bonito, cabbage, seaweed flakes and Japanese mayo, Dohtonbori offers an assorted variety of toppings and fillings for you to cook up right at your table. Simply mix your toppings with the okonomiyaki paste, pour the mixture onto the grill, and flip after a few minutes. We recommend packing the batter with squid, shrimp, octopus and tempura bits for the ultimate crunchy, satisfying seafood pancake, topped off with mayo and okonomiyaki sauce. 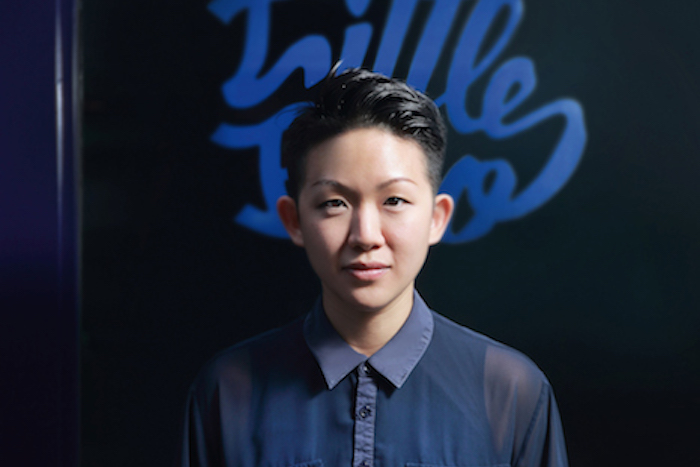 With the title of Asia’s Best Female Chef 2017 tucked under her belt, Hong Kong’s resident hipster-chef superstar is going full steam ahead with the opening of her third venue, a contemporary Chinese eatery called Happy Paradise. While the restaurant is still undergoing its final tweaks and is scheduled to officially open in mid-April, we want to put this on your radar now as one to look out for in the coming months.

According to Chow, the food at Happy Paradise will lean towards more traditional, cleaner Cantonese and Chiu Chow flavours rather than the fusion mash-ups found at Little Bao and Second Draft, but diners can expect the same cool, late-night vibes as the other two spots. We’re betting Happy Paradise will be packed to the rafters from the get-go, especially with the impressive bar programme showcasing a range of excellent craft cocktails to pair with Chow’s late-night bites.

Hong Kong New Restaurants New Eats Dining Restaurants Ritz-Carlton Carnival sushi man asia's best female chef new openings may chow happy paradise okonomiyaki dohtonbori brass spoon sake house instacrepes kwoon the pond Dohtonbori
Leslie Yeh
Editor in Chief
Having worked as a lifestyle editor for almost 10 years, Leslie is thrilled to be writing about the topic she loves most: wining and dining. When she's not out pounding the pavement for the latest new restaurant opening or tracking food trends, Leslie can be found at home whipping up a plate of rigatoni vodka and binge-watching Netflix with a glass of Sauvignon Blanc in hand.
Dining Restaurants Food Trends Drinks Travel