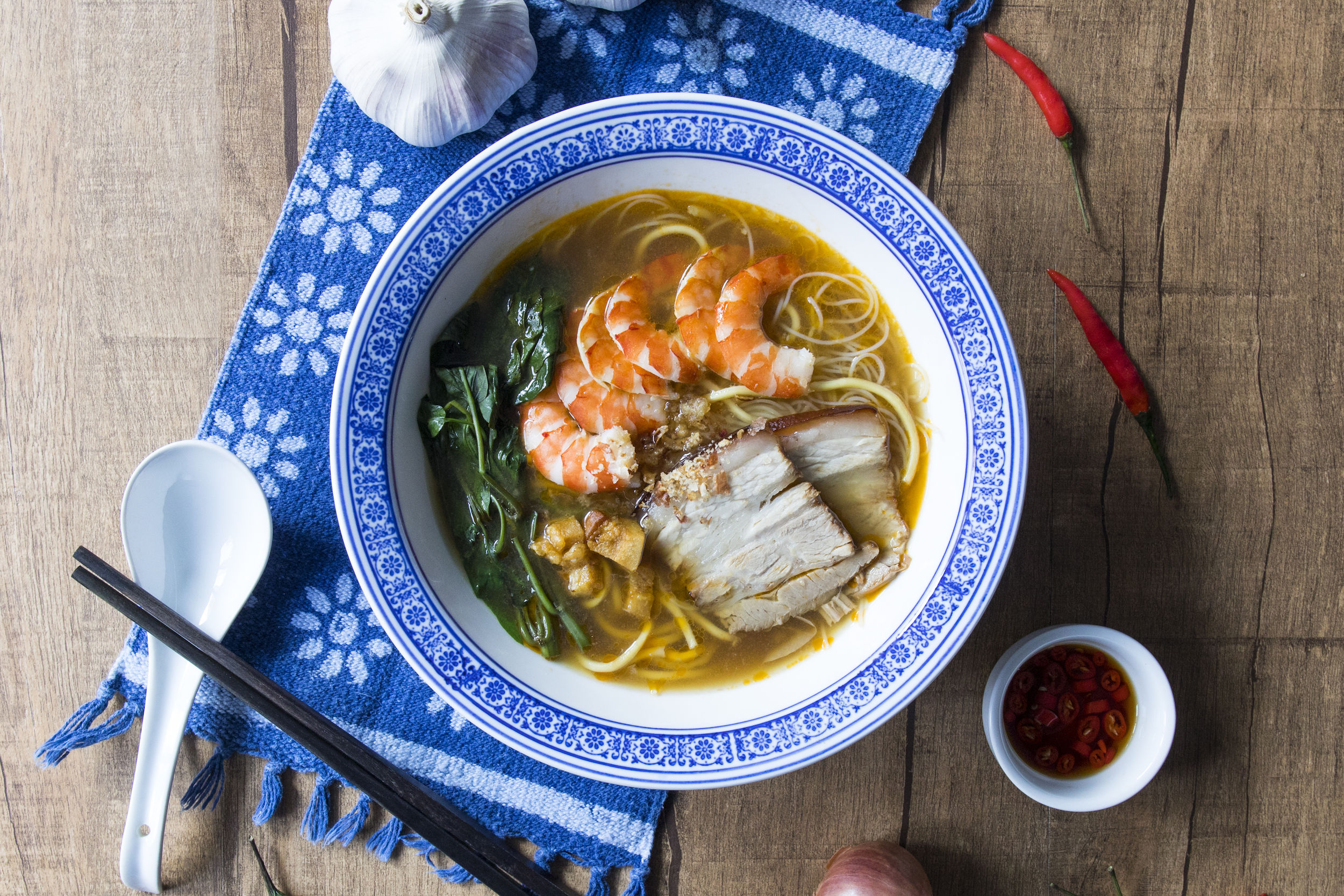 Hong Kong art month may be over, but the city’s dining scene is full steam ahead with a number of highly anticipated openings in April, from a 3-Michelin-starred Tokyo import to the first of several high-profile restaurants to open in the newly launched art gallery building, H Queen’s. Whether you’re looking for fine dining or a fuss-free burger, seasonal sushi omakase or traditional Cantonese-style dishes, there’s something to sate all taste buds in this month’s list of new openings. Read ahead for the restaurants you shouldn’t miss this month. One of the biggest restaurants making headlines this month is Sushi Saito, the Tokyo 3-Michelin-starred sushi restaurant which just opened its first overseas outlet at the Four Seasons, Hong Kong. Already packed for reservations, this 16-seater is going to require a bit of luck to get in, with priority reservations for the next six months available exclusively to Global Link restaurant guests (Tenku RyuGin, Ta Vie 旅 and La Bombance).

If you can’t manage to snag a table until fall, it’s going to be worth the wait: Sushi Saito has been deemed by industry insiders as one of the best sushi restaurants in the world, and the team here — helmed by 29-year-old chef Ikuya Kobayashi — will be bringing the same exacting standards to Hong Kong, with the highest quality fish flown in fresh from Tsukiji daily before undergoing an ageing process to enhance the flavour and texture of each piece. We can’t wait to try it. Over at the newly opened H Queen’s, a number of exciting, highly anticipated new restaurants are set to debut over the next few months. In April, we can expect to see the grand opening of Ecriture, a French fine diner from local restaurant operator, Le Comptoir Group (Bibo, TRi, The Ocean). They’ve tapped chef Maxime Gilbert to be the captain of the kitchen, and he comes with serious credentials: Gilbert previously spent three and a half years as Chef de Cuisine of the 2-Michelin-starred Amber at Landmark Mandarin, under the tutelage of the esteemed Richard Ekkebus. He’ll be bringing dishes such as crab with uni dressing and Hokkaido scallop with preserved black truffle wrap in nori (pictured above) to the sophisticated, Michelin-worthy menu. With Gilbert at the helm, Ecriture is poised for a quick ascent into the upper echelons of fine dining in the city. Stay tuned as we bring you more details on the opening. If you can’t manage to snag a booking at Sushi Saito this month, you can head to Sushi Ta-ke instead, where a more relaxing and less costly omakase experience awaits. Started out in 2011 in Causeway Bay, Sushi Ta-Ke has gained a loyal following over the years for its premium quality seafood prepared by a team of deft professionals. This month, Sushi Ta-Ke moves to a new location in Lee Gardens Two and rebrands as Ta-ke, entering a new era with an all-star team of three notable Japanese chefs.

With expert sushi masters Masakazu Ishibashi, Hara Eisaku, and Suzuki Masahiro running the kitchen, guests can expect an exquisite gastronomic journey from start to finish: think dishes such as smoked salmon and avocado with caviar, botan shrimp with egg yolk, soy sauce and caviar, smoked fatty tuna, monkfish liver with crispy wafer and stewed kinki fish. Savour the experience in the luxe 6,000-sq.-ft. dining room elegantly furnished in the style of 17th-century Edo-period architecture. For those preferring a hot meal instead, you can take a seat at the open teppanyaki counter where sumptuous grilled items await. Recently opened in Causeway Bay is The Artist House, a brand new bar and café concept in collaboration with Belgium brewery, The Artist. Located on Fashion Walk, the 3,500-sq.-ft. haven aims to be a meeting space for like-minded people to meet for craft beer, cocktails and coffee. Dressed to impress, the softly-lit venue is outfitted with dark wooden panels, and an open flooring plan lined with intimate booths for a stylish and chic look. Unique features include the hydroponics farm, a micro-brewery where guests can DIY their own infused bar, and an edible perfume bar where you can pair fragrances with craft beers. Guests can also embark on a 360-degrees VR tour of the brewery in Belgium, and personalise their own beer bottles to take home. For a trendy new place to sip artisan spirits and explore a range of craft beers, The Artist House is a worthy destination. If you haven’t managed to check out the newly opened The Murray hotel yet, April is prime time to stop by with plenty of outdoor spaces ideal for enjoying the balmy spring temperatures. Of the handful of world-class dining establishments under its roof, Garden Lane and Murray Lane are already fully operational, catering to afternoon tea goers and those in need of a post-work libation.

If you’re seeking a more refined dinner experience, the hotel will be debuting its Cantonese restaurant Guo Fu Lou in April, a partnership with Fook Lam Moon Restaurant Group. Located inside a two-story pavilion just across from the entrance of The Murray, Guo Fu Lou will seat 90 diners with an attractive outdoor terrace. Designed by the Andre Fu of AFSO design studio (The Upper House and Singapore’s Fullerton Hotel), the restaurant oozes fine dining with luxury furnishings, expensive artwork and traditional Asian elements. Come here for dishes such as baked stuffed crab shell, fried lobster with black bean chilli sauce, baked chicken in rock salt, and the crispy-fried suckling pig. 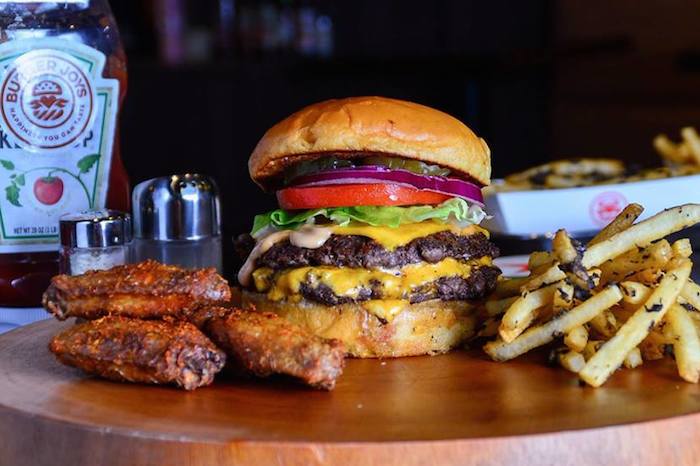 Wan Chai’s beloved burger joint, Burger Joys, recently opened its newest outlet in Sai Ying Pun, celebrating last month with a grand opening burger bash. A favourite with late-night party hounds (Burger Joys Wan Chai is open 24/7), Sai Ying Pun may end up catering to a slightly more sedate crowd, but is sure to draw queues nonetheless with its hearty and delicious, 100% homemade burgers stacked with all the goods: think fresh tomato, onion, lettuce, dual layers of melted cheddar cheese, and a special tangy sauce that’s a strict house secret. Chow down on the classic burger paired with crispy truffle fries or spicy buffalo chicken wings, and wash it all down with a thick and creamy milkshake swirled with decadent whipped cream. Ramen fiends will be delighted to hear that there’s a new Japanese noodle shop in town vying for the title of Hong Kong’s best ramen. An import from Hokkaido, Ichigen Ramen was founded in Sapporo in 2009, and has become a popular destination for ramen enthusiasts to the region for its unique Ebisoba (shrimp) ramen. The secret recipe starts with a thick sweet shrimp soup base, with the shrimp heads gently slow-simmered to seep all their delicious umami flavour into the murky broth. Guests can then customise their bowls by choosing the ratio of shrimp to tonkotsu broth, each bowl completed with a tangle of chewy alkaline noodles (choose from ‘thin’ or ‘extremely thin’), succulent roasted char siu, soft-boiled egg, seaweed and green onions. Also on the menu: char siu rice (exclusive to the HK shop), and onigiri shrimp rice balls studded with bits of salty dried shrimp. 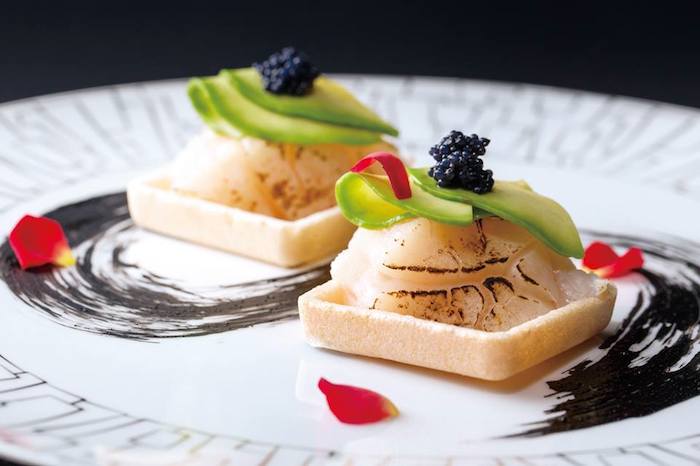 Craving a bowl of laksa this month? Head over to Rempah Noodles, a new Southeast Asian joint from Singaporean chef-owner, Bobby Poon. Frustrated with the lack of authentic Malay/Singaporean joints in Hong Kong, Poon created Rempah Noodles to show off his favourite home-style recipes, serving up a dose of nostalgia with msg-free dishes such as prawn noodles, curry laksa, roti jala and chicken rendang. Packed with lemongrass, dried chilli and galangal, Rempah Noodle reflects traditional “Nonya” cuisine, derived from the descendants of early Chinese migrants who settled in Malaysia, Singapore and Indonesia.

The fragrant and earthy bowls include the spicy laksa, infused with coconut and served with thick rice vermicelli, prawns, fish cakes, shredded chicken bean curd puff and bean sprouts; and the prawn noodle, with a prawn and bone broth swimming with egg noodles, prawns, stewed pork belly, water spinach, crispy pork lard and caramelised onions. For a soup-less take on laksa, you can opt for the dried laksa with silver needle rice noodles coated in rempah gravy. With only a handful of truly authentic Malaysian and Singaporean restaurants around town, we’re hoping Rempah Noodles can fill the void for a cosy, fuss-free joint for our next laksa fix. 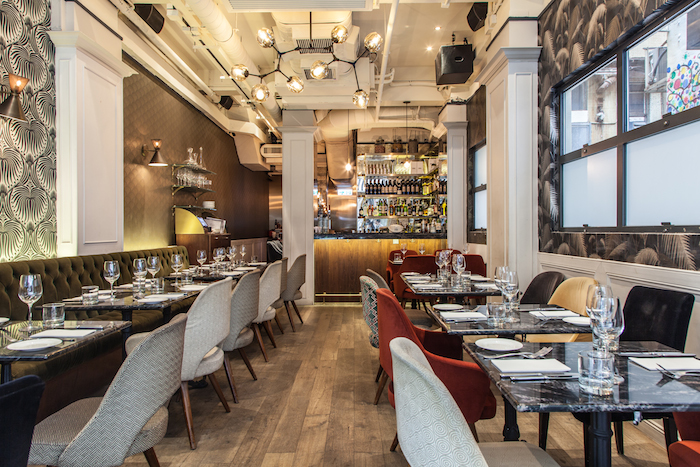 Just opened in Sheung Wan, Six Tablespoons Number 2 Restaurant & Bar is a cosy fine dining European restaurant that’s primed for your next date night destination. Located on a quiet pedestrian street between Hollywood Road and Gough Street, the stylish and chic space was created by founder Ruby Lau, who sourced the menu using premium ingredients found from her travels throughout Europe. Browse the extensive wine list before kicking off dinner with a selection of meat and seafood dishes: grilled lamb rack with homemade pesto, French-style roast poussin, clam capellini, and bread pudding and olive oil ice cream for dessert. Guests can expect the menu to change frequently, with dishes rotating with the seasons and the chef’s creative whims.