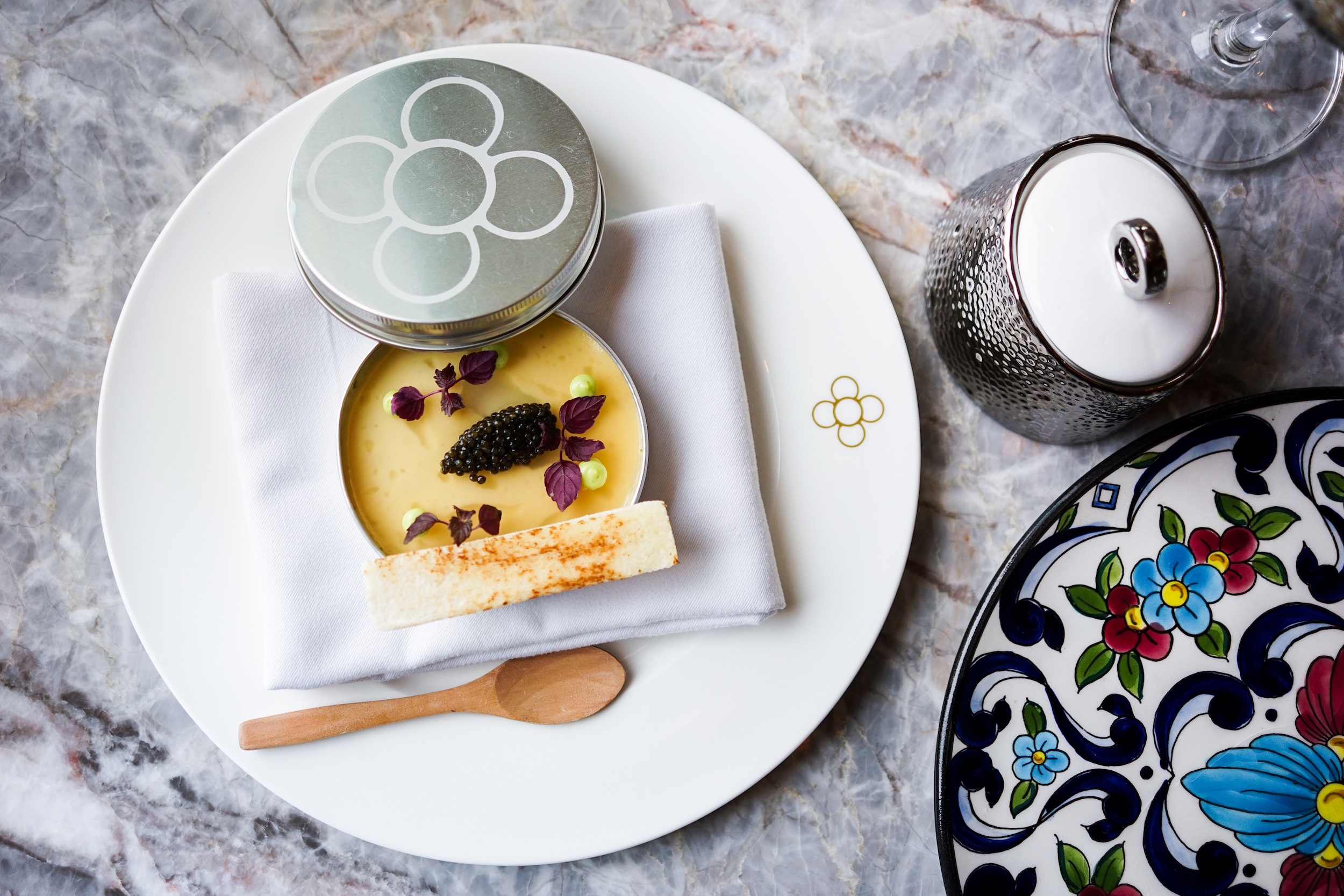 10 new Hong Kong restaurants to dine at in December

The season of eating and over-indulging is here, and what better way to treat yourself than with a meal at one of Hong Kong’s hottest new restaurants? As we speed towards the end of the year, the city’s dining scene is rounding off 2017 with a bang, from the opening of a popular Spanish restaurant in the heart of Central to a whiff of fresh Californian cuisine and the brand new home of one of Hong Kong’s best-loved restaurants (hint: think poultry on a stick). Whether you’re craving Sichuan, burgers or tapas, we’ve got your meals covered through the end of the year with our 10 new restaurants to try out this month. After five successful years in a more remote thoroughfare of Wan Chai, Spanish restaurant Catalunya is expanding its operations to take up residence in a much more high-profile location within IFC mall. Rebranded as La Rambla by Catalunya, the 5,000-sq.-ft. restaurant (in the former space of Isola) will dish up its signature Mediterranean-Spanish cuisine (heavily influenced by elBulli and the legacy of Ferran Adrià) under the direction of head chef, Ferran Tadeo. The indoor space can seat 100 diners, while the outdoor terrace has been repurposed with a custom-made wooden deck and separate bar area.

With the produce of Catalan taking centre stage, La Rambla will be all about implementing modern cooking techniques while maintaining the integrity of seasonal seafood and other treasured ingredients from Spain. Expect classic cocktails such as dry martinis and gin & tonics (served on a rolling gin trolley), and a range of creative dishes made from premium ingredients such as caviar (pictured in the ‘Perfect Egg’ dish above); red prawns from Palamós, just north of Barcelona; ‘pepino de mar’, or the Spanish version of sea cucumbers; and a 90-day and 120-day aged Galician beef delivered directly from Barcelona’s top steakhouse, Lomo Alto. 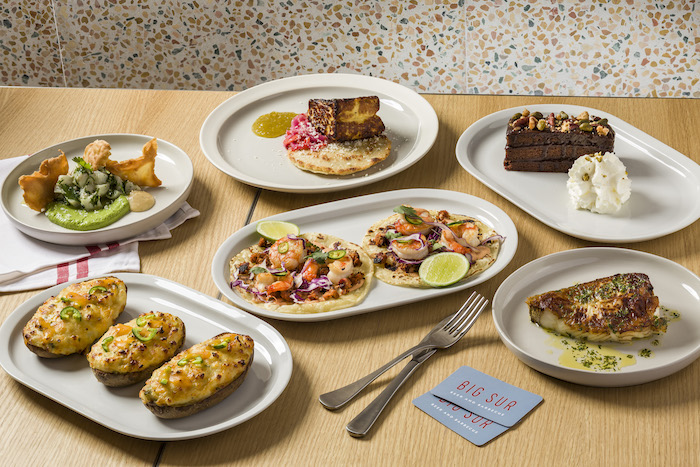 The weather may be getting cooler, but that’s not stopping Big Sur from injecting a healthy dose of sunny Californian cuisine into Hong Kong this month. The new all-day dining destination in SoHo is all about beer and barbecue from the breezy West Coast state, served up by Executive Chef Conor Beach, who also oversees 12,000 Francs within the Woolly Pig Group.

Kick off dinner with a craft beer (served from 15 taps in partnership with Hong Kong’s Young Master Brewery) or a mezcal cocktail, before diving into fresh seafood, smoked and grilled meats, and tantalising desserts. The ‘Baja’ tacos are a signature, stuffed with prawns and house made ‘Big Sur-izo’ sausage; while the charcoal grilled Californian striploin and pulled pork burger should satisfy any meat lover. Desserts like Texas Sheet Cake and crème brulee waffles with homemade coconut ice cream cater to sweet tooths; as do the house-made chocolate crullers and maple pecan donuts served with barista coffee in the mornings. For those looking for a nutritious lunch on the go, Big Sur will offer a selection of healthy salads and fresh pressed juices available for takeaway. The quaint Tai Hang neighbourhood continues to gain popularity as a dining and drinking destination, thanks to a string of new openings such as Tipsy Restaurant & Bar. The latest affordable all-day dining spot serves up modern European cuisine in a classy setting, and is the senior concept from the owners of the cosy Mustard Café & Bar just down the street. Signature dishes here include blowtorched Spanish red prawn with sake and sesame oil; caviar with lobster jelly and celeriac cream trifle; and Sicilian anchovy spaghetti with panko and sakura shrimp. Given the name of the restaurant, we also have high hopes for the drinks list, with creative cocktails such as the Tipsy Mojito which incorporates elderflower, Hendricks gin and cucumber. Designed by Elevate Limited, the stylish interior includes an open kitchen and a cosy outdoor terrace for balmy weather, along with a private dining room seating up to 10 people. Queuing for hours at a time for a table at hip yakitori joint Yardbird may soon become a thing of the past with the recent unveiling of the beloved restaurant’s brand new space in Sheung Wan. After six years on Bridges Street, Yardbird 2.0 on Wing Lok Street marks a much-anticipated new chapter for chef-owner Matt Abergel and his dedicated poultry-loving team. Long-time fans can expect the same delicious nose-to-tail yakitori paired with mouthwatering sides, and the addition of new menu sections including rice, udon and fried items highlighting seasonal ingredients.

Other changes include a venue with double the capacity, longer opening hours for dinner, and an extended beverage list of beer and wine, Japanese whisky, and rotating sake on tap. The new space reflects a sleek, modern design created in collaboration with Abergel and designer Sean Dix, reflecting an industrial look with plenty of steel and wood and original artworks by Evan Hecox. Unfortunately, there’s one thing that hasn’t changed: Yardbird retains its no-reservations policy, meaning you should still get there early if you’re in the mood for an instant yakitori fix. If Korean barbecue is what you’re after instead, make a pit-stop at Mugung this month to enjoy assorted platters of rib-eye, bulgoghi and pork belly in a casual, convivial setting. While Causeway Bay and Tsim Sha Tsui have long been destinations for fantastic Korean barbecue, Central has remained relatively bare of traditional grill-your-own-meat joints — until now, that is.

Mugung specialises in premium Hanwoo beef, which is indigenous to Korea and is often compared to Kobe beef, the cream of the crop when it comes to premium beef cuts. The prized Hanwoo meat is known for its intense marbling and strong beef flavour, and can be savoured at Mugung in everything from beef bone soup to traditional barbecue to the Hanwoo tartare, a signature dish where the meat is hand-chopped and mixed together with pine nuts and a delicate egg yolk. Barbecue sets, meanwhile, range from HK$538-1,588 for 2-4 persons, while lunch starts from a reasonable HK$118 for delicious bulgoghi bowls, beef bone soup and bibimbap. 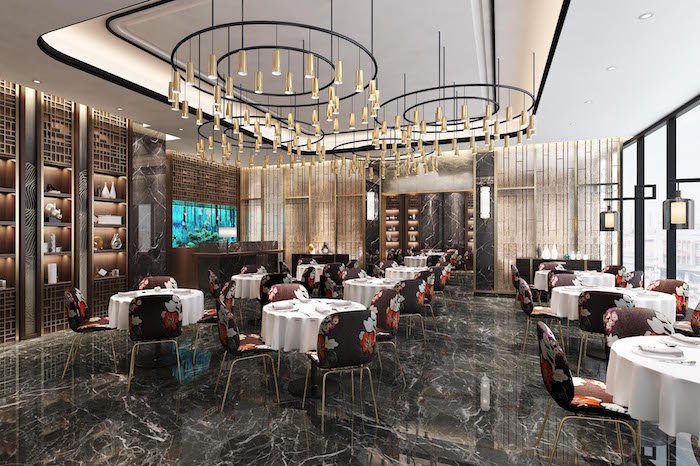 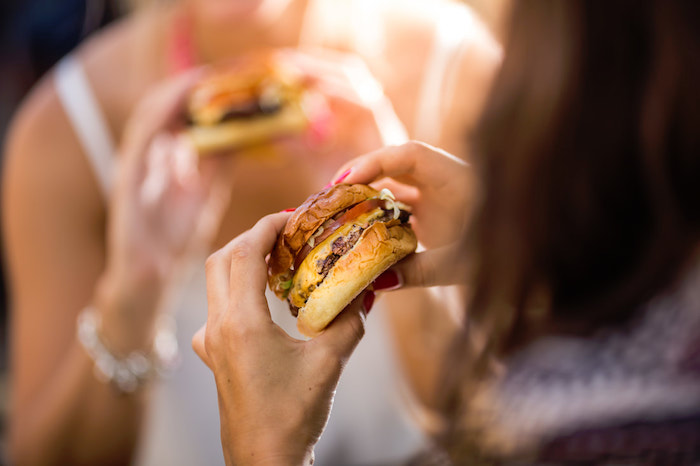 Burger fans, listen up: Monaco’s premium burger joint Grubers is set to open in Hong Kong early this month, brought over from the same owners behind Michelin-starred Beefbar. Following the trend for fast-casual gourmet burgers, Grubers aims to set the benchmark even higher in the race for Hong Kong’s best gourmet burger, with its dedication to fine quality ingredients such as premium French grass-fed beef, truffles, expensive mushrooms, and a secret sauce with ingredients including Argentinian chimichurri and jalapeno peppers. Alongside patties, moreish sides include the chicken nuggets, the classic ‘Sexy Fries’ coated with corn for extra crunch, and kale salad cups for the health-conscious diners. Top off your meal with indulgent desserts such as creamy cheesecakes and fresh-baked cookies; as well as a a range of innovative cocktails and chilled draft beer. 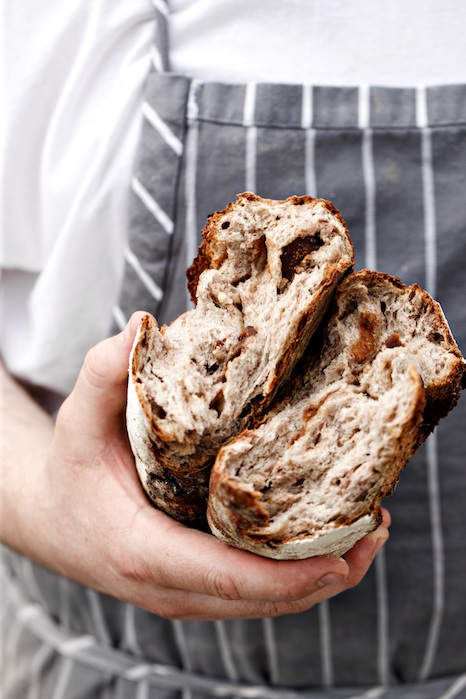 Serious bread lovers will know where to seek out the freshly baked goods of Grégoire Michaud, one of Hong Kong’s pre-eminent bakers who supplies to a number of establishments around town. Michaud’s delightfully rustic baguettes — made with organic flours imported from Suire Mill in Loire-Atlantique, France — are undoubtedly the closest you’ll find in Hong Kong to the real deal, which means it’s good news for all that the baking aficionado is opening his first bakery-café mid-December in the heart of Wan Chai.

The handcrafted, naturally leavened loaves will be shaped on-site and baked in the authentic Italian stone-deck oven, to be enjoyed alongside a range of delicate pastries, drinks and sandwiches. Guests can stop by anytime of day for their bread and baked goods fix alongside a soothing cup of tea and Michaud’s famously light homemade scones with clotted cream. Meanwhile, Michaud is collaborating with local artisans such as Andy Tsang from Monde Chocolate to sell tasty bean-to-bar chocolates; as well as Urban Coffee Roasters for specialty coffee on-site. Fancy beer pong joints seem to be becoming ever more prevalent around Hong Kong, the latest of which is Causeway Bay’s newest drinking and gaming destination, Breeze. Offering beer pong and aiming to be the area’s first pool hall, Breeze is a project three years in the making from owner Jessica Wong. The modern hall encompasses three standard-sized pool tables, five televisions for viewing live sports, convertible beer pong tables, and last but not least, a full-service bar. Enjoy Asahi, Carlsberg and Kronenbourg on tap; delve into the whiskey, champagne and spirits list; or savour a craft cocktail from classic to creative concoctions. Meanwhile, deluxe bar snacks include bruschetta with pesto sauce, minced chicken spring rolls, classic fish ‘n’ chips, satay and shrimp toast with homemade tartare sauce. A soundtrack of hip hop and house should keep the high-energy vibes going throughout the night. 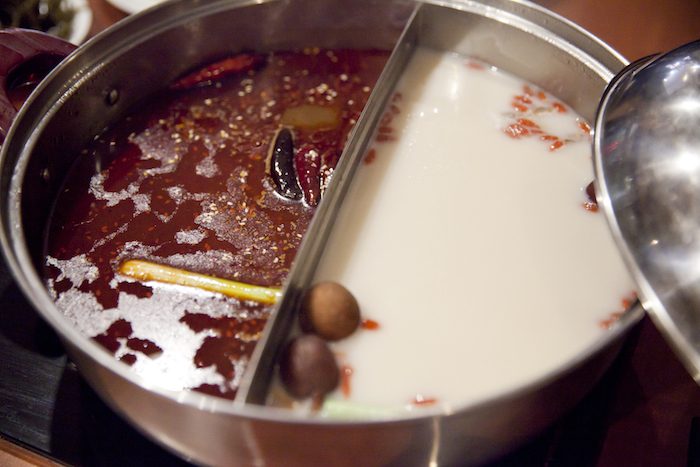 Those who don’t shy away from mouth-tingling spice can challenge their tolerance at Hero Shu this month, a new Sichuan hotpot restaurant in Causeway Bay. Decorated in bright red with latticed black screens, Hero Shu is a must-try for those who don’t mind having to gulp down copious amounts of water and wipe the sweat off your brow while you eat, with the fire-breathing broth teeming with hot chillies and Sichuan peppers (you can get a dual-sided hot pot for a milder refrain). Make your own dipping sauces with the fresh ginger, garlic and coriander, and tuck into the variety of fresh seafood, produce and meats, from premium beef filet to fish and crab balls and toothsome, hand-pulled noodles. The plump wontons, crispy tofu skins and the beef and lamb skewers are a must — the latter marinated with a spicy and peppery Xinjiang-style rub.

Hong Kong New Restaurants New Eats Yardbird Best Restaurants Where to eat new openings best eats december openings big sur la rambla by catalunya
Leslie Yeh
Editor in Chief
Having worked as a lifestyle editor for almost 10 years, Leslie is thrilled to be writing about the topic she loves most: wining and dining. When she's not out pounding the pavement for the latest new restaurant opening or tracking food trends, Leslie can be found at home whipping up a plate of rigatoni vodka and binge-watching Netflix with a glass of Sauvignon Blanc in hand.
Dining Restaurants Food Trends Drinks Travel