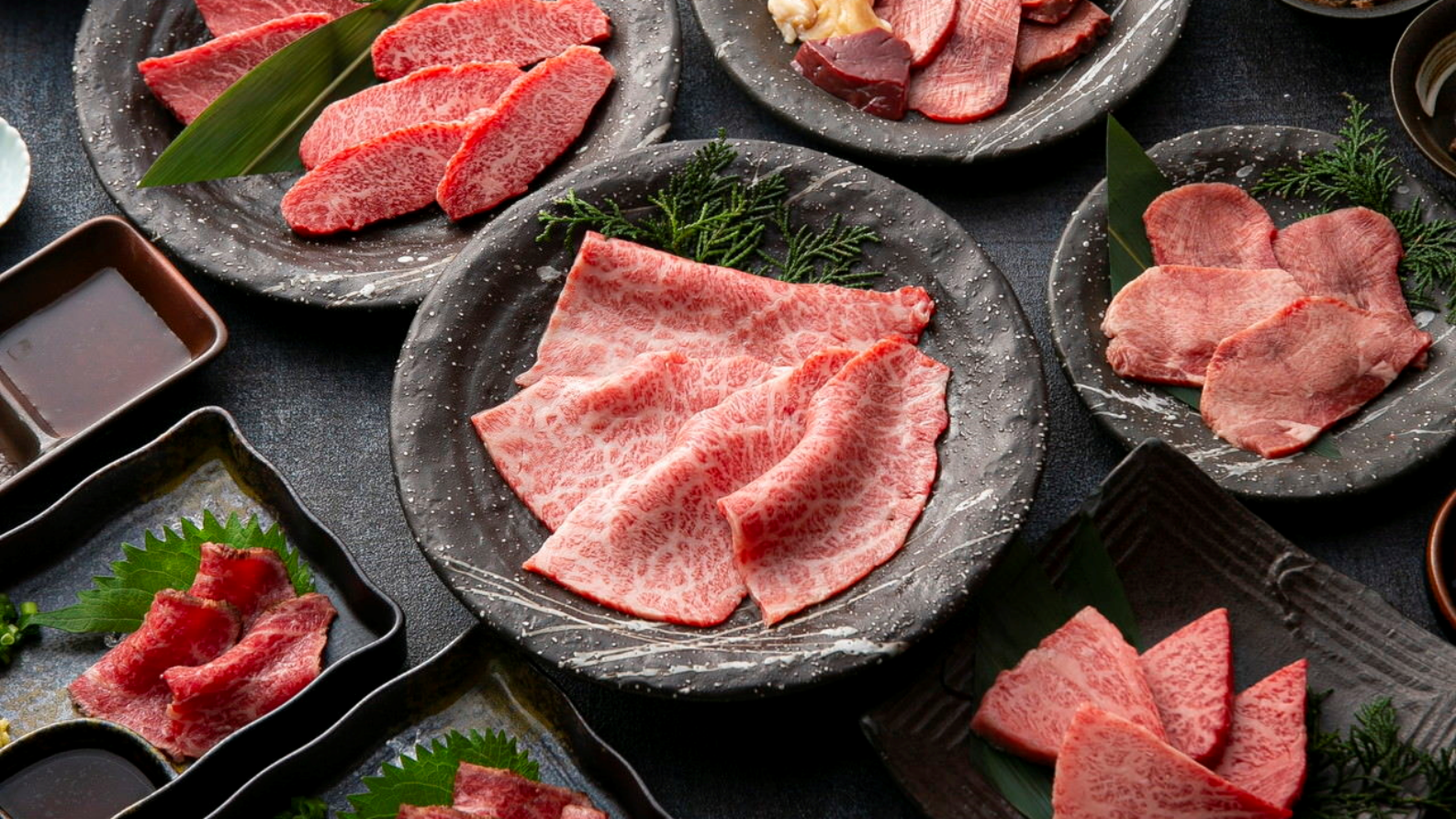 10 new restaurants to try in Hong Kong in December 2020

From creative cross-cultural menus to real-deal European recipes, to a slew of plant-based kitchens opening up across Hong Kong, here are the newest restaurants to try in Hong Kong this month to wrap up a year of delicious adventures.

For a playful approach to modern Chinese, head to Lee Gardens Three newcomer Duckee (reading as ‘cute’ or ‘fun’ in Cantonese), which serves a flexitarian-friendly ‘yin-yang’ menu — with half carnivore-friendly, half-vegetarian-friendly platters. Think Yin-Yang Peking duck — pairing a roast half duck with a roast vegetarian iteration; typhoon shelter salt-and-pepper squid alongside coconut meat; yin-yang xiaolongbao featuring pork and OmniPork dumplings and many more interesting creations. For those who are slightly more sticklers to tradition, you might want to try the full Peking duck, Sichuan-style simmered spicy fish, or stewed claypot chicken. Aside from dinner, lunch, dim sum and cocktail offerings are available — with a two-hour free-flow option at HK$288 per person. With that, a round or two at the Mahjong-style game table is a must.

Translating into ‘tastebuds’ in French, Les Papilles is a new French bistro tucked away on Causeway Bay’s Tang Lung Street. It’s the brainchild of executive chef Jeff Chan, who was part of the opening team at Amber, and later travelled to Montpellier in the south of France where he honed his skills at historic Le Jardin des Sens, the flagship restaurant owned by the Pourcel brothers. Signature items include a Charloais burger with goose oil fries; smoked salmon with caviar, cucumber salad and avocado purée; French steak bavette with Montpellier butter; and a homemade financier cake. On top of a la carte and set lunch options, a six-course tasting menu is also available.

Masa Hong Kong is Lai Sun Dining’s latest bolthole shacking up on the same floor as sister venue Howard’s Gourmet in Central. It builds on Wan Chai Japanese omakase concept Sushi Masataka by chef Masataka Fujisawa: Expect a refined sushi kitchen, Japanese cedar wood countertops and all, putting chef Masa’s attention to dry-ageing and maturation in the limelight. It’s slated to be all the more glamorous too, with the beating heart of Hong Kong’s financial district as its backdrop. Opening date yet to be announced.

Ma… and the Seeds of Life

Former owner of Maya Café chef Tina Barrat is behind Hong Kong’s latest bold new step towards greener eating. Ma… and the Seeds of Life is a new French raw vegan restaurant housed in chic surrounds at the H18 Conet building in SoHo’s Graham Street. Expect cleverly crafted plant-based dishes that are served either fully raw, soaked, sprouted, dehydrated or gently warmed in efforts to retain maximum nutrient density, whilst also offering up a playground for chef Barrat to innovate with textures and flavours. Try the vegan ‘caviar’ made with chia seeds; cruelty-free ‘foie gras’ pâté made with porcini mushrooms and cashew nuts, on top of dishes such as beetroot carpaccio and zoodles — fast-becoming part of the Hongkonger’s dining lexicon.

Wan Chai newcomer Pala specialises in hearty Roman-style pizzas made from a dough recipe that’s been passed down from generations. Fermented for 72 hours to boot, yielding a fluffy, light crust and shaped into its signature ‘pizza alla pala’ squares, served on a wooden palette. The cosy restaurant and terrace is reportedly fast becoming a hotspot amongst the city’s Italian community, with creative flavours inspired by pastas such as the Pala Carbonara (with pancetta and creamy pasteurised egg yolk) and the Pala Arrabiata (with spicy Calabrian salami). Vegetarian and vegan options are also available.

TIL (Today Is Long)

This Aussie-style coffee shop has really got the money on this year’s prevailing mood. Located on Queen’s Road West, this neighbourhood newbie aims to offer a caffeinated cure-all to your 2020 woes. If its bright and airy interiors (and plants — so many) don’t capture your heart, perhaps its expertly brewed coffees will. Freshly baked goods, open sandwiches, toasties, good-for-you salad bowls and seasonal cakes and sweets — such as the ‘Croffle’ — a croissant-waffle hybrid — round out the cheery menu whether you plan to grab and go or camp out for a long afternoon.

Hailing from Kobe, Yakiniku Ishidaya brings its signature approachable Wagyu extravaganza to the heart of Central in a chic dining room with plenty of privacy. Founded by Kiyonori Ishida, Hong Kong’s newest temple to Wagyu beef will have more than 20 varieties of premium beef on offer, from top-grade Kobe Wagyu to other esteemed cuts of Japanese cattle. Pork, chicken and seafood are all jet-fresh from Japan, while fresh vegetables and salads offer a break from the meaty feast. A beverage programme of sake, shochu, draught beer, whiskey, cocktail and fine wines rounds out the experience. Slated to open on 11 December 2020.

From the folks behind Coffee Academics comes, finally, a concept centred around none other than artisanal tea. It’s not all just beverages — though the innovative concoctions will keep tea lovers entertained (try the Pu’erh, a bougie black tea latte with dried mandarin peel, cocoa powder and topped with gold leaf). A healthy, Instagrammable menu of brunch favourites will definitely satisfy snap-happy customers. Think vibrant beetroot pancakes, almond flour cake, matcha miso soba and a long list of plant-based dishes.

For those on the hunt for an elevated beefy experience, a new teppanyaki grill has popped up at Lan Kwai Fong. Teppan maestro Arthur Li welcomes you to the counter with a menu spotlighting A5 Miyazaki beef, where you’ll sit in awe at not just the quality of the meat but also the museum-quality knives used to slice the Wagyu and raw fish on offer. The Deluxe Teppanyaki Dinner Set also features items of true decadence such as foie gras, Ezo abalone, lobster (served grilled and as a bisque) as well as uni fried rice. Sashimi and sushi is also on the menu, all of which pair well with standout sake selections — such as the Hakkaisan junmai ginjo, aged in snow for three years.

New restaurants in Hong Kong Duckee Les Papilles Masa Ma... and the Seeds of Life Pala TIL Ita Meshi Yakiniku Ishidaya T8 Teppanyaki
Evelyn Lok
Managing Editor
When not trying out the latest beauty and wellness trends, Evelyn is likely enjoying a perfectly balanced negroni or exploring some of Hong Kong's best new places to eat and drink. At Lifestyle Asia she covers everything from the biggest events in town to interviews with Hong Kong specialists, with topics spanning art, food and drink, health, tech, and travel.
Beauty Wellness Events Art Drinks