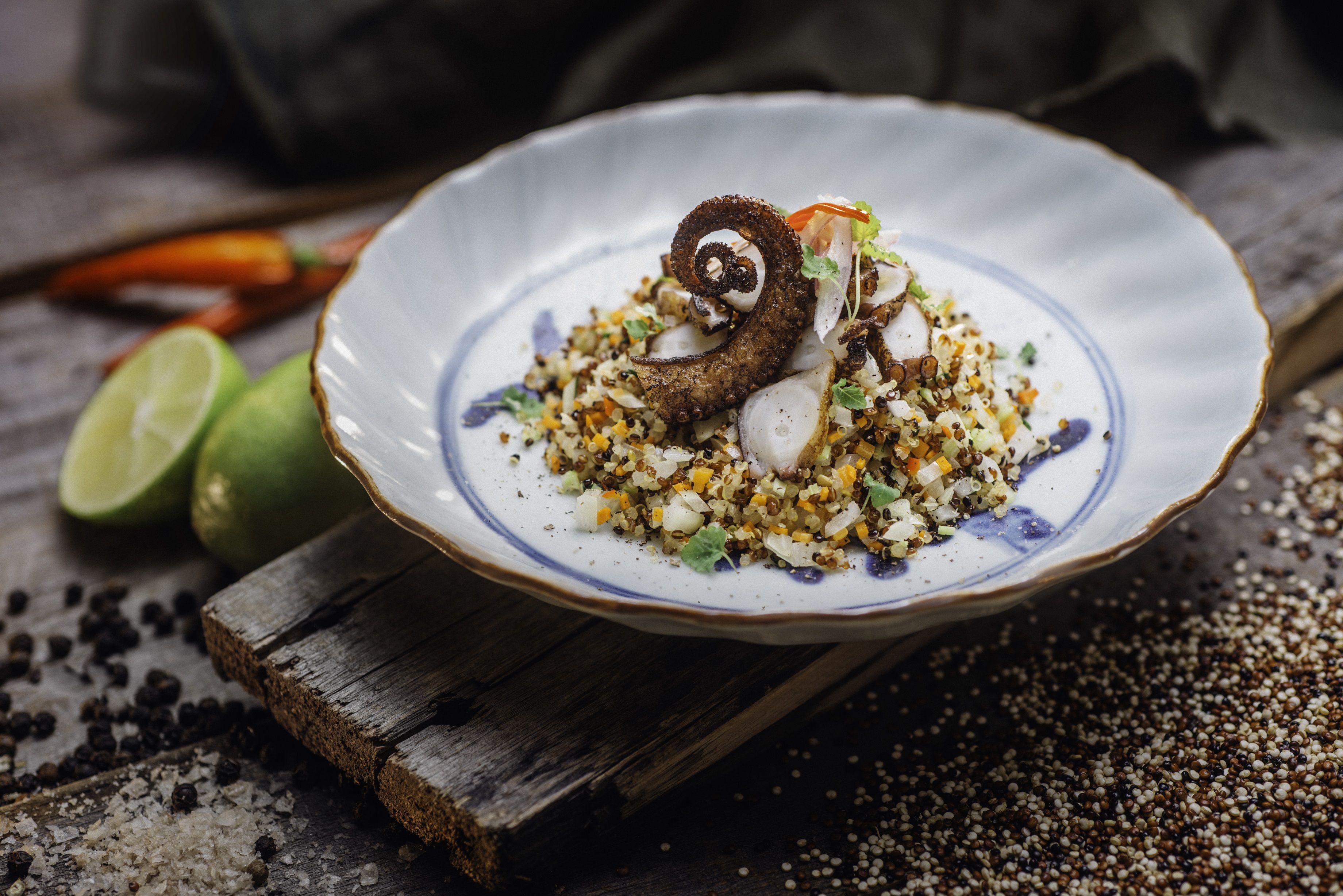 In recent months, we’ve presented you with 10 new restaurants to try out, but October is a little bit different. The fact of the matter is there just aren’t that many places — recently opened or about to debut — this month, but don’t despair, as we hear November’s going to be a huge month for new dining options. After all, there are plenty of dining pop-ups and hairy crab menus to enjoy, and there are plenty of new restaurants that opened in August and September if you need some additional inspiration.

Still, this month has a handful of new spots for you to check out, three of which are adding to the red-hot dining scene in Wanchai. Bringing you the flavours of Japan, Brazil, Sichuan Province and Thailand, these five new restaurants are the ones to book in October. Wanchai has officially become a dining hot spot, and Djapa‘s arrival will certainly add fuel to the fire as it serves up Nipo-Brasileiro (Japanese-Brazilian) art and cuisine — something no one else in Hong Kong has done before. From the spectacular interior design by Brazilian artists TOZ and mural-making duo Bicicleta sim Freio (Bicycle without Brakes) to notable works by Japanese artists such as Takashi Murakami and Yayoi Kusama, and the exciting menu by executive chef Angel Romero, everything at Djapa looks colourful, fun, and exciting.

Black Sheep Restaurants’ newest spot, Soul Food Hong Kong, has finally launched its soft opening in Soho. The brand new Hong Kong outpost retains the fun and funky vibe of its popular Bangkok institution with a 38-seat space filled with design elements sourced from Thailand. The kitchen, meanwhile, is helmed by American food-writer-turned-chef Jarrett Wrisley, who hews closely to traditional methods and ‘labour-intensive cooking’, along with the use of high-quality, local ingredients and careful doses of seasoning, giving each dish nuance and ‘roundness’ to allow better appreciation of the spicy and sweet components as well as aromatics. One of China’s most celebrated Sichuan chefs, Deng Huadong, has just brought his celebrated Deng G restaurant from Shanghai to Hong Kong. The large space — also in Wanchai — has an opulent bamboo décor throughout the dining area, complete with a baijiu bar on the first floor, where guests are invited to wind down with a baijiu (the classic Chinese spirit derived from grain) cocktail, before heating up their palates upstairs. Starters are designed to share, such as sliced pork with garlic and chilli and a simple dish of okra with ginger, while the mains feature signature dishes such as the crispy fish in spicy sauce made with fresh ingredients and lighter cooking techniques (less oil for cleaner flavours). Deng G seems like it will be an ideal option for those who enjoy the flavours of Sichuan, but not the overwhelming spiciness. Pearl Shek, who co-founded Vasco and Isono, brings the culinary mastermind behind award-winning Nara Thai Cuisine, Narawadee (Yuki) Srikarnchana, to Hong Kong as they introduce Apinara Hong Kong, a new Thai restaurant that promises to capture the authentic comfort and taste of modern Thai cuisine. The interior is decorated like a modernised century-old Thai residence, with signature dishes that include the spicy northeastern pork balls, which is a favourite amongst those living in Thailand’s more temperate region. Other than culinary offerings, the space also holds a large open bar that serves a variety of exclusive, Thai-inspired cocktails, spirits and draft beers. For busy workaholics, bento-style lunch sets are also readily available, so you can savour the best of Thai cuisine without having to wait.

Hong Kong foodies are rather obsessed with Japanese food, so although it’s not officially open until mid-October, the news of Yamataka Seafood Market has already got our hearts pumping with excitement. Dubbed as the Hong Kong version of Tokyo’s famous Tsukiji Fish Market, Yamataka is located on the 2/F of the Wanchai Ferry Terminal and occupies a massive area of 11,000 square feet. You’ll be able to witness live tuna-cutting demonstration, feast on a diverse variety of freshly caught seafood flying in from Tsukiji daily, taste different types of umeshu at the umeshu bar, or get lost in the retail section which offers some of the finest dried and seasonal produce from across Japan.