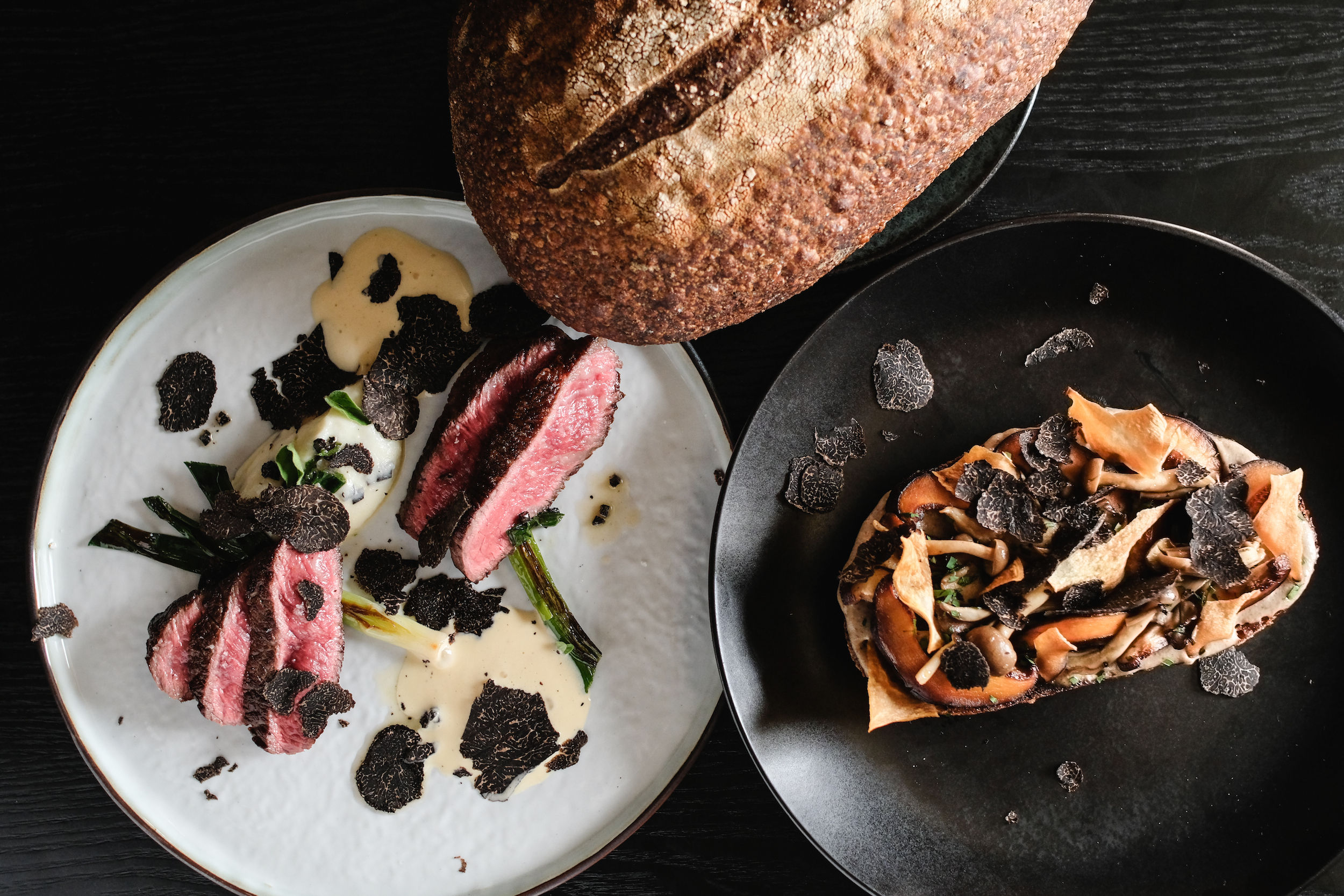 5 dining pop-ups not to miss in August

Every month brings a new wave of visiting international culinary stars to Hong Kong, all keen to show off their unique cooking styles in our gastronomic melting pot of a city. August is no exception: From a Portuguese-born chef with a penchant for tapas to a master of theatrical, Kyoto-style cuisine, here are the best limited-time menus and visiting guest chefs that are well worth making a special effort to experience this month.

Price: HK$1,288 plus 10% surcharge for six-course menu with wine pairing

One of Hong Kong’s most well-known Italian chefs and restaurateurs, Gianni Caprioli — whose portfolio includes Gia, Giando and Fishsteria — welcomes guests into his “home” this month for a special chef’s table on 9 August. Twelve lucky diners will get to break bread with the congenial chef as he dishes on his knowledge and passion of Italian cuisine and culture through wine, conversation and a six-course tasting menu featuring some of his restaurant’s signature dishes.

Wines personally selected by Caprioli himself will pair with a decadent menu which kicks off with raw yellow-peach carpaccio with tuna bottarga and toasted almonds; tuna tartare with burrata cream and rocket pesto; and marinated sardines in a bell pepper cream. Caprioli’s notable pasta skills will feature in the homemade Sicilian red prawn ravioli topped with grey mullet roe and raw zucchini; followed by an entrée of steamed yellowtail with red beetroots purée and yellow chanterelles in anchovy sauce. Wrap up the meal with a summer dessert of wild berries, vanilla ice cream, and yoghurt foam as Gianni regales you of tales of seaside summers back home and shares his pride for sourcing the best Italian ingredients.

The Michelin Guide Hong Kong Macau has brought us some notable culinary heavyweights over the past few months as part of their ongoing International Chefs Showcase series. This month, we delve into the region of Japan with visiting chef Kazuo Takagi of the two-Michelin-starred Kyoto Cuisine Takagi. Starting from 9 August, chef Takagi will lead a two-part pop-up series to wow guests in Macau and Hong Kong with his sensational Kyoto-inspired cooking.

The beauty and theatrics of true Kyoto cuisine, known as “Kyo-ryori”, will be on full display during a 5-course lunch and 8-course dinner menu, available in Hong Kong on 9 August and in Macau on 11–12 August. The menu takes diners through a sensory journey of the four seasons of Kyoto, reflected in dishes such as Kegani crab with sea urchin and dashi jelly; abalone, asparagus, onsen egg, green peas and black truffle soup with signature dashi broth; and a dessert of mango zest paired with pineapple purée and a creamy milk sorbet. Following the format of former showcases in the series, the dinner will be paired with a selection of well-matched pours from esteemed wine experts at Robert Parker Wine Advocate.

If you’re a night owl who likes dining late, you’ll want to head to Happy Paradise this month to check out the new “Friends Forever” dining pop-up series. Launching on 12 August, the series spotlights talented chefs from around the world teaming up with executive chef John Javier and owner May Chow to present creative late-night eats (the inaugural edition starts at 10pm).

To kick off the series, the funky, neon-lit underground kitchen welcomes chef Taku Sekine, of Dersou in Paris, to showcase his out-of-the-box, modern French cooking style in a six-course “Freestyle Izakaya” family-style dinner. Starting in September, the ongoing “Friends Forever” series is set to take place on the first Wednesday of every month.

Taste of Portugal at Hotel Icon

Get ready to travel to the Iberian Peninsula this month at Hotel Icon, where visiting guest chef André Correia has injected the menu with a spread of contemporary Portuguese-style tapas, to be paired with specialty wines and cocktails during a week-long “Taste of Portugal” promotion. Held at GREEN from 18–23 August, the small plates menu features signature dishes from the former head chef of T for Tapas in Macau, focusing on seasonal ingredients from southern Portugal, fresh seafood and traditional spices. Tuck into a spread of tapas including scrambled eggs with flour sausage and truffles, Portuguese-style Piri Piri garlic prawns, seared tuna with Azorean spices and mango sauce, and Lagareiro-style octopus and potatoes. Wash it all down with “Poncha” cocktails from Madeira and wines from Portugal’s major wine-producing regions including Vinho Verde, Douro, Dão, Bairrada, Alentejo, Port and Madeira.

12,000 Francs continues its pop-up dining series this month with two limited-time dinner menus: The first focuses on seasonal black winter truffles from Australia, and the second on premium English beef.

Meanwhile, carnivores will want to head to the SoHo eatery between 11 August and 11 September for the “Best of British Beef” menu featuring premium English grass-fed beef from East Anglia. Designed to share between two guests, the tasting menu kicks off with palate-teasers such as house-smoked king salmon with horseradish; and foie gras and smoked ox tongue terrine with peach and Madeira; followed by the choice of tagliolini with spicy chorizo or smoked coral trout and prawn rillettes with coconut milk and pickled chilli. The main event is a 28-day dry-aged Picanha rump steak, which is seared on the grill and served with gai lan, anchovy, ricotta, and smoked Valencia almonds. Top off the meat-centric meal with a creamy Nutella hazelnut mousse with milk sorbet and bread pudding.

Hong Kong Dining Restaurants Hotel Icon guest chef Pop-up The Mira Hong Kong Altira Macau Michelin Giando Where to eat Pop-ups pop-up dinner dining pop-ups 12000 Francs happy paradise pop-up dinners new menus Dersou
Leslie Yeh
Editor in Chief
Having worked as a lifestyle editor for almost 10 years, Leslie is thrilled to be writing about the topic she loves most: wining and dining. When she's not out pounding the pavement for the latest new restaurant opening or tracking food trends, Leslie can be found at home whipping up a plate of rigatoni vodka and binge-watching Netflix with a glass of Sauvignon Blanc in hand.
Dining Restaurants Food Trends Drinks Travel
Sign up for our newsletters to have the latest stories delivered straight to your inbox every week.