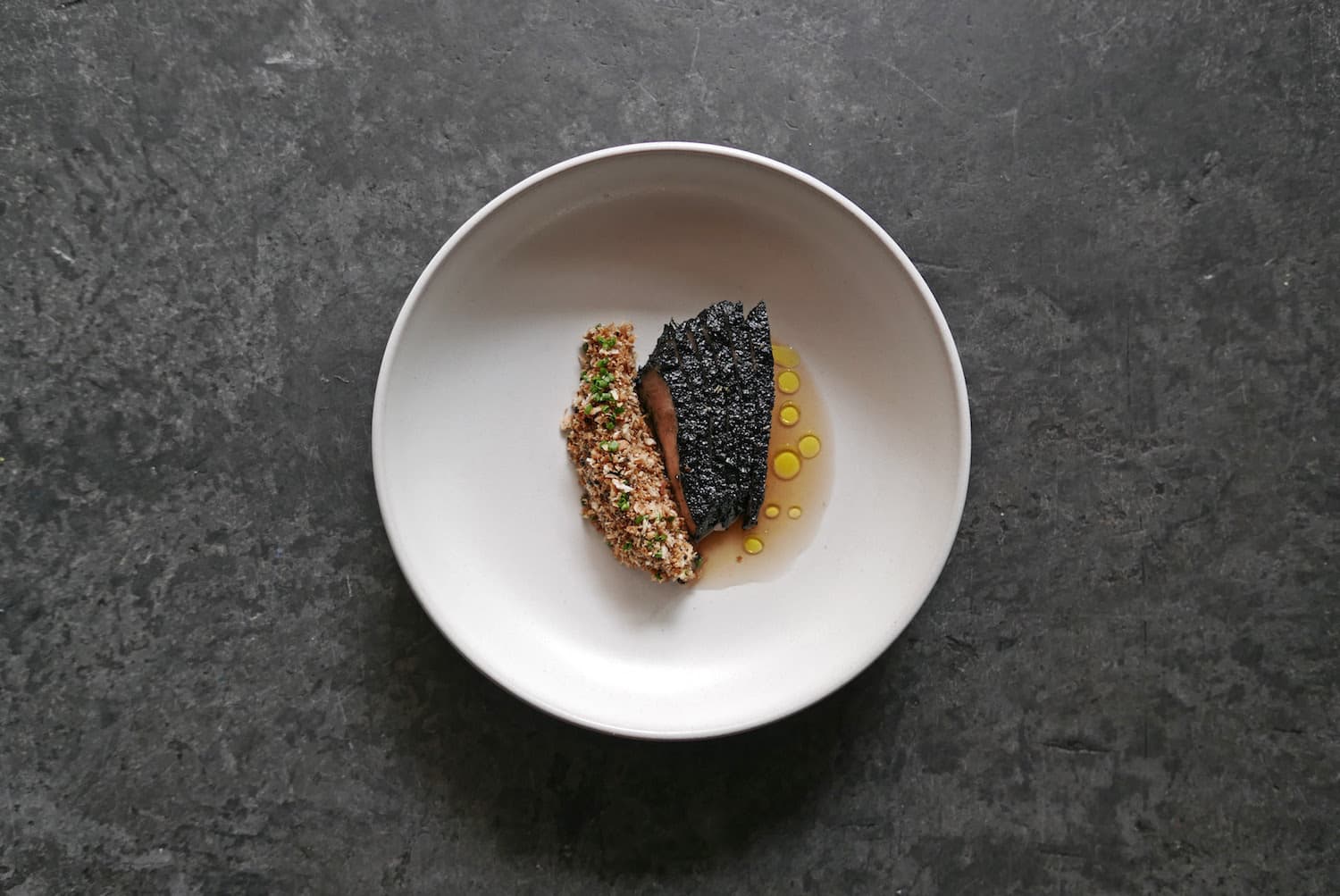 One of the greatest attributes of Hong Kong’s dining scene is the sheer diversity of cuisines we have across our culinary melting pot — and this extends to the incredible visiting guest chefs and one-off dinners that pop up across town monthly. Mark your diaries in the coming weeks for classic French fare to Japanese omakase, Chinese-French fusion to Filipino delights at these noteworthy collaboration dinners around town. 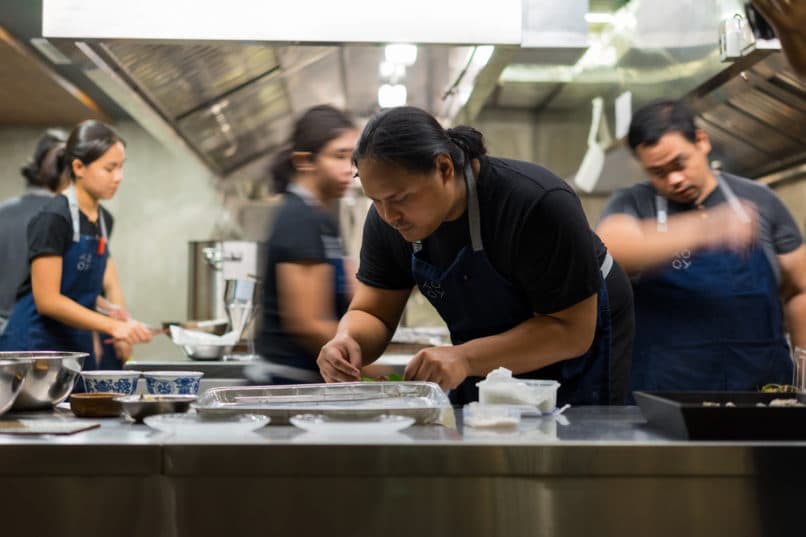 Harbour City Japanese kappo-style counter Haku will join forces with Asia’s 50 Best Restaurants 2018 “One to Watch” winner Toyo Eatery for a two-night pop-up dinner this month. The exclusive four hands dinner is set to be a night of incredible gastronomy from one of Asia’s top-rising culinary stars: At Toyo, chef Jordy Navarra takes inspiration from the deep-seated food traditions of the Philippines in a masterful menu that combines Filipino techniques with creative flavours and premium ingredients. Guests can expect to taste Navarra’s signatures such as oyster kinilaw and three-cut BBQ pork belly wrapped in Filipino pickles; while Haku’s chef Agustin Balbi and Navarra will also collaborate on a few dishes, including the binchotan-grilled Wagyu and takenoko (or young bamboo shoots) with Filipino-style rice, and the petit fours of Haku’s Japanese wagashi paired with Toyo’s innovative dulce de leche with fish sauce. 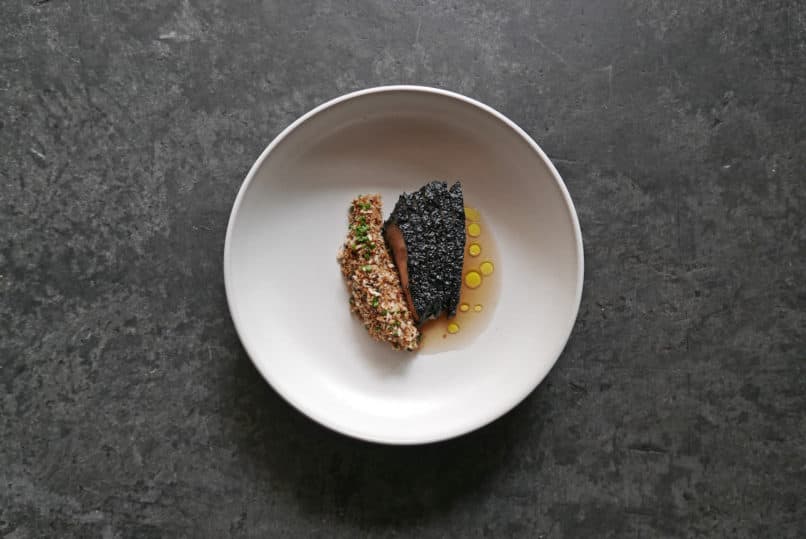 Chef of CURE in Singapore, Andrew Walsh will touch down in Hong Kong for four nights in an innovative gastronomic showcase at culinary incubator Test Kitchen. Walsh’s award-winning cuisine is rooted in refined cooking techniques matched with a touch of playfulness and reinvention. The sophisticated tasting menu draws out the flavours in simple, premium produce — Walsh is known for highlighting a single vegetable or protein in his dishes — seasoned and plated with restraint and elegance. Highlights of the 7-course menu include the squid noodles in laksa broth, foie gras with plum and almond, and the creative guinness ice cream sandwich with Irish cream to cap off the evening.

Michel and Léo Troisgros at ÉPURE 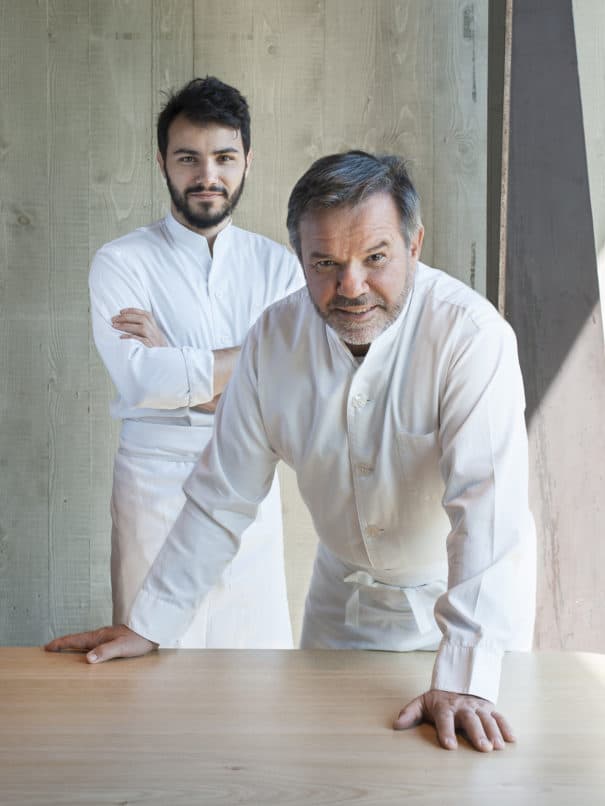 Legendary father-son duo Michel and Léo Troisgros will bring their celebrated cooking to ÉPURE this month in a proud showcase of their culinary legacy spanning four generations. Linked to 50 years of Michelin-starred culinary heritage, the Troisgros family is well-known in the arena of French haute cuisine, with their flagship La Maison Troisgros having been passed down from generation to generation. At their newest establishment, Le Bois Sans Feuilles, the menu reflects classic French ingredients with a more inventive twist, with celebrated ingredients from the region including French truffles, crayfish, scallops, Beluga caviar and other specialties — all of which will make an appearance on the exclusive collaboration dinner at ÉPURE. Choosing the French powerhouse as the destination for their Hong Kong debut is no coincidence: ÉPURE’s Executive Chef Nicolas Boutin was an apprentice of Michel Troisgros over two decades ago, making this culinary event a rare reunion of sorts. 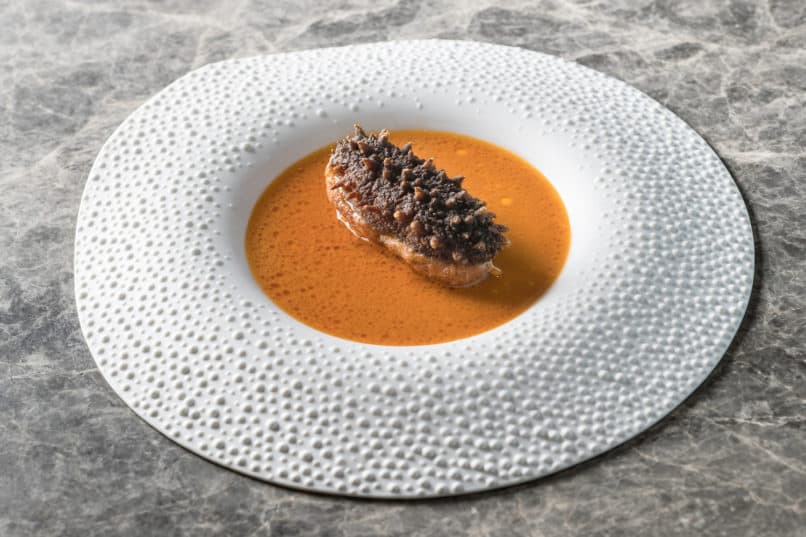 The one-Michelin-starred VEA is set to host an exciting pop-up this month, as chef-owner Vicky Cheng welcomes Julien Royer of two-Michelin-starred Odette from Singapore for a 2-night showcase. A darling of the 50 Best Restaurants lists, Odette currently stands at No. 5 in Asia and No. 28 in the world, boasting a menu featuring global produce anchored with French technique. Together with Cheng, the 8-course menu will embrace VEA’s French-Chinese style of cuisine, showcasing a unique marriage of flavours and beloved dishes from two culinary greats. Signature bites from Royer include uni “French toast” with brown butter and ginger lime and the tartelette of Kegani crab, cauliflower and vadouvan; while chef Cheng will contribute his interpretations of crispy sea cucumber with hua diao wine and Wagyu beef char siu with crispy daikon. 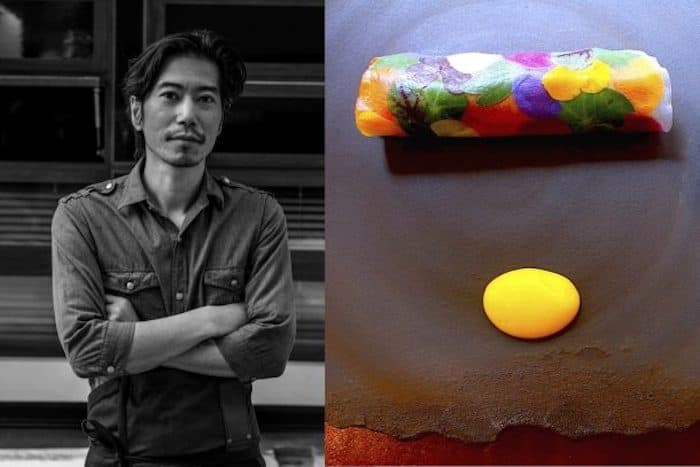 Seasonality reigns supreme on chef Junichi Nakamine’s menu at the Michelin-starred La Kanro in Osaka. Bringing his artistic Japanese creations to Hong Kong for two nights this month, chef Nakamine will showcase his culinary prowess in the kitchen of the Mira Hotel’s flagship restaurant WHISK, having honed his cooking chops under the strict kitchens of Paris’ L’Astrance and The Market from celebrated chef Jean-Georges Vongerichten. With a focus on coaxing out the natural, pure flavours in ingredients (Kanro tends to shy away from using an excess of salt and fat), diners can expect an array of impressive plates to cover the spectrum from sour to bitter with an abundance of fresh herbs. With both French and Japanese ingredients starring on the menu, intriguing combinations include the white asparagus with tri-coloured couscous, and beef and black olive with oyster rice and flower chips.

Odette VEA Cure Test Kitchen pop-up dinner haku new menu dining pop-up guest chef menu
Leslie Yeh
Editor in Chief
Having worked as a lifestyle editor for almost 10 years, Leslie is thrilled to be writing about the topic she loves most: wining and dining. When she's not out pounding the pavement for the latest new restaurant opening or tracking food trends, Leslie can be found at home whipping up a plate of rigatoni vodka and binge-watching Netflix with a glass of Sauvignon Blanc in hand.
Dining Restaurants Food Trends Drinks Travel