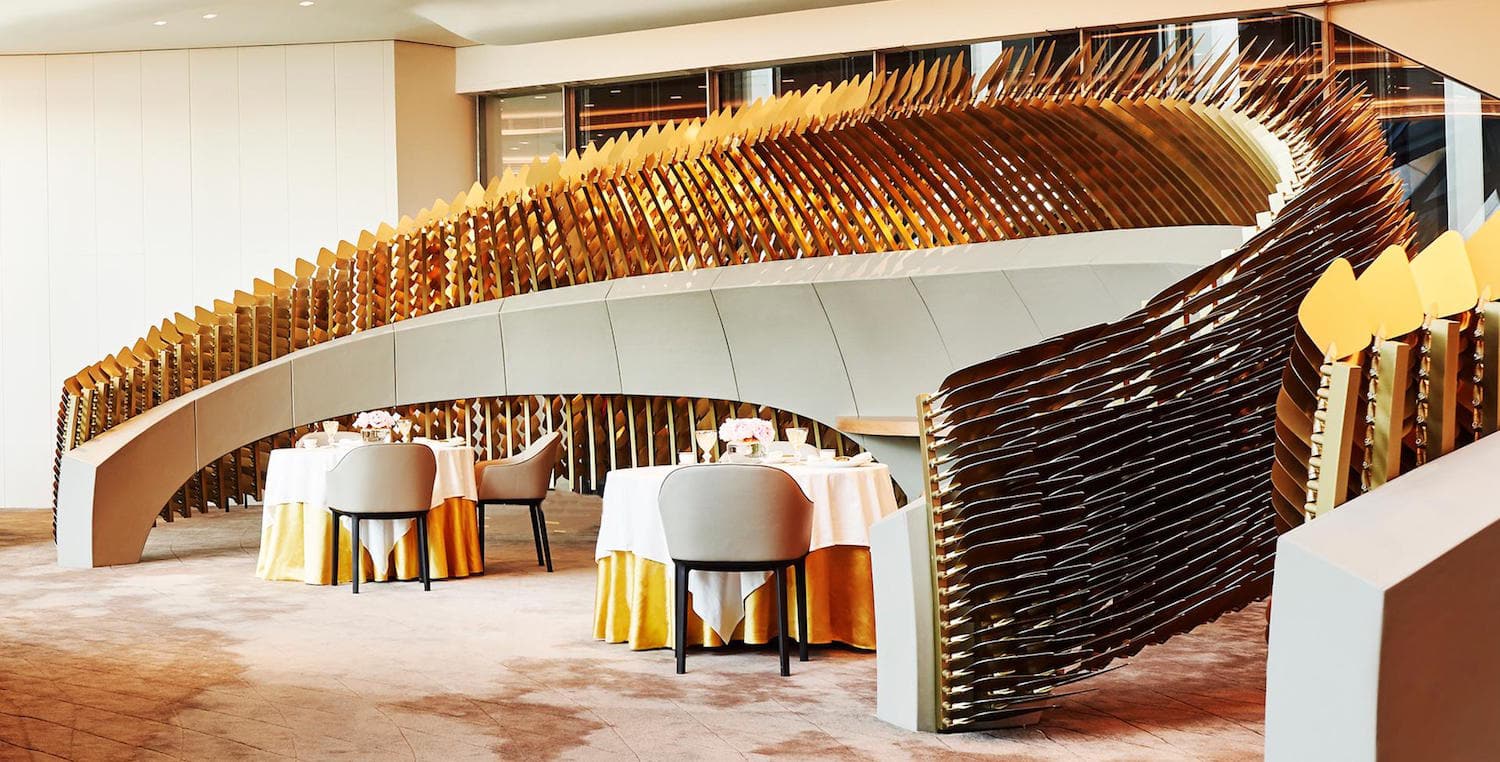 The dining scene is heating up this month with a handful of hotly anticipated new openings and an exciting new crop of guest chef menus and pop-up collaborations. This month sees some partnerships in the kitchen that are sure to spark magic on the plate, from Asia’s Best Female Chef 2015 Vicky Lau teaming up with New York’s hottest new Korean restaurant, to a dynamic duo putting their spin on Southeast Asian cuisine while spotlighting local Hong Kong ingredients. Without further ado, here are the pop-up dinners not to miss in May.

One of New York’s hottest new restaurants is set to land in the Fragrant Harbour this month, as chef Vicky Lau of Tate Dining Room welcomes guest chef Junghyun ‘JP’ Park (pictured above) of Atomix into her stately Sheung Wan kitchen. Sister restaurant of the critically lauded Atoboy, Atomix is the progressive Korean fine-dining restaurant from husband-and-wife team Junghyun and Ellia Park, which has captivated foodies and critics with its innovative and artistic take on ‘new Korean’ cuisine, landing a spot on The New York Times’ Top 10 New Restaurants of 2018 list. With both Michelin-starred restaurants focused on the visual language of food and intriguing interplay of flavours, the collab is set to be one of the most anticipated culinary events of the season, with the eight-course four-hands dinner showing off signatures from both restaurants, including Atomix’s sea bream in tangerine vinaigrette, and Tate’s ‘ode to Chinese yam’ topped with caviar.

Sparkling Wines of the World at Spiga

Michelin-decorated chef Enrico Bartolini — the culinary star spearheading Central’s Spiga — is back at his Hong Kong flagship this month with two wine dinners highlighting the harmonious pairing of European vino and regional Italian fare. The spacious, Joyce Wang-designed Italian eatery welcomes all wine and food lovers to join in on the festivities this month, with a five-course tasting menu offering exceptional pairings such as roasted octopus and eggplant with an effervescent Ayala Blanc de Blancs Brut 2012; and zucchini flowers and langoustine risotto paired with an English Rathfinny rosé. The meal culminates in a sumptuous rosemary and pepper-crusted sea bream followed by a pear, chocolate and cherry blossom dessert which blossoms when chased down with a sparkling sake from Japan.

A ‘Top Chef’ at Test Kitchen

Test Kitchen’s upcoming pop-up installation features the dynamic coupling of ‘Thailand’s Young Chef of the Year 2018’, Pongcharn Russell, and ex-Sühring pastry chef, Michelle Goh Wen Yi. Recently featured on the 30 under 30 list by Forbes Asia, Russell was also one of the contestants for Top Chef Thailand season two, and is set to bring the fiery flavours of Bangkok to Hong Kong along with his partner and pastry dynamo. The couple have worked together in top kitchens including Pierre Gagnaire’s Sketch in London and Neil Perry’s Rockpool in Sydney, and will fuse their diverse backgrounds to create the concept for their menu at Test Kitchen — dubbed by them as “Modern Territorial Cuisine”, or food that centres around local produce in Hong Kong. The inventive menu marks their second appearance at Test Kitchen, and uses an array of local Hong Kong ingredients in dishes such as oysters in tomato water, pumpkin loaf with goat cheese ricotta and smoked honey, beef tongue with beetroot, and ‘milk noodles’ with shellfish and chilli jam.

For two nights in May, Hong Kong gastronomes are invited to sample the innovative cuisine of Japanese chef Michihiro Haruta, previously chef of Tokyo’s Tirpse and now head of Crony in Nishiazabu district (one Michelin star). Having cut his teeth at three-Michelin-starred establishments including Ledoyen (Paris), Quintessence (Tokyo), Maaemo (Oslo), and Saison (San Francisco) — the rising culinary star will showcase his distinct French gastronomy imbued with Scandinavian influences, while drawing on his travels around the world to showcase dishes which dive deep into enigmatic textures and flavours. With playful interjections including a bread course modelled off of San Francisco’s signature sourdough — the one-off menu at Whisk combines unexpected ingredients including botan ebi shrimp with caviar and citrus vinaigrette, sake bread with sake-kasu butter, pigeon with burnt spring cabbage and sakura oil, and rice shochu ice cream.

Food connoisseurs who fancy a trip to our sister SAR this month should keep an eye out for the 2019 Michelin Guide Hong Kong Macau Dining Series, which features top culinary talent from Hong Kong and Macau teaming up in the kitchen for a series of eye-opening, world-class tasting degustations set to unfold over the next calendar year. First up in the series is Tate Dining Room and Yi: Chef Vicky Lau will add to her packed schedule this month with a two-night stint at Macau’s ritziest new dining destination inside the futuristic Morpheus. The mesmerising interiors at Yi — where tables are partitioned off with golden dividers mimicking dragon’s scales — are set to provide a stunning backdrop for the innovative creations of chef Lau and Yi’s Wilson Fam and Angelo Wong. The trio will debut an exclusive eight-course menu based off Tate’s concept of ‘Odes’: courses include the ‘Ode to pate en croute’ with abalone, pork and black garlic; ‘Ode to Chinese yam’ topped with Ossetra Caviar; and ‘Ode to Pigeon’ where the steamed bird is paired with fermented mustard greens in a spicy Sichuan sauce.

guest chef pop-up dinner dining pop-ups guest chef menus pop-up menu
Leslie Yeh
Editor in Chief
Having worked as a lifestyle editor for almost 10 years, Leslie is thrilled to be writing about the topic she loves most: wining and dining. When she's not out pounding the pavement for the latest new restaurant opening or tracking food trends, Leslie can be found at home whipping up a plate of rigatoni vodka and binge-watching Netflix with a glass of Sauvignon Blanc in hand.
Dining Restaurants Food Trends Drinks Travel