5 dining pop-ups not to miss in September

Loads of new restaurants open here every month, which you’d think would be enough to satisfy a city that’s always hungry for the latest and greatest. But in Hong Kong we like to go ever further, meaning each month brings limited-run pop-ups — some last a single night, others weeks on end — featuring chefs and mixologists from around the world. This month in particular features an outstanding array of visiting kitchen and cocktail experts, but they won’t be here for long. Read on to discover five dining pop-up experiences to book this month.

Following a successful appearance at this year’s Taste of Hong Kong, the UK’s highest restaurant is preparing to make a return to our fair SAR. Award-winning group executive chef Dan Doherty and executive chef Tom Cenci from London’s Duck & Waffle will take over the kitchen of Ozone for a week-long pop-up event, presenting a selection of small plates and larger dishes that display their signature twists on traditional British and European cuisine. Meanwhile, Richard Woods, Duck & Waffle’s acclaimed Head of Cocktail & Spirit Development, will deliver inventive cocktails. Other than daily dinner menus, weekend brunch and overnight dishes will be served on 1 and 2 October, giving us a taste of Duck & Waffle’s 24-hour service in London.

Walter Pintus and Boris Ivan, esteemed mixologists from London’s esteemed Connaught Bar and Galvin at Windows, will be guest bartending at VEA and Stockton for a one-night-only cocktail events. The duo will first make an appearance at VEA on 7 September from 7pm–10pm to present a specially crafted menu of six artisanal cocktails, before hitting Stockton on 8 September for a flow of signature London-themed concoctions.

As the MO Bar at Landmark Mandarin Oriental plays host to Bar High Five’s Hidetsugu Ueno and his team of award-winning mixologists from Tokyo for an exclusive two-month pop-up, culinary director Richard Ekkebus, the genius behind Amber, has created a bespoke menu of gastronomic treats for the occasion, featuring charcuterie and Iberian specialties from Bellota Bellota. We particularly love the candle-warmed ham, chorizo and Manchego croquettes and the marinated and smoked anchovies served on toast with tomato confit.

Tapa and cocktail pairing with Rogerio Igarashi Vaz at Catalunya 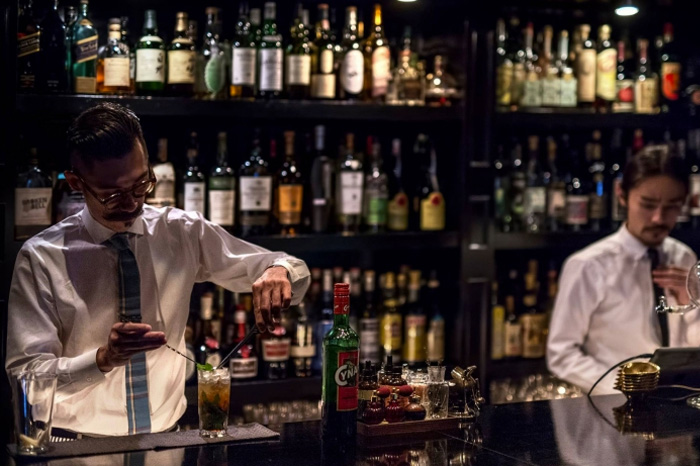 Catalunya Hong Kong will be welcoming Rogerio Igarashi Vaz, expert mixologist from Tokyo’s award-winning Bar Trench and Bar Tram, for a three-night tapa and cocktail pairing event from 8 September 2016 to 10 September 2016, where guests will get to enjoy an array of his signature cocktails paired with the restaurant’s four-course or seven-course tapas menus.