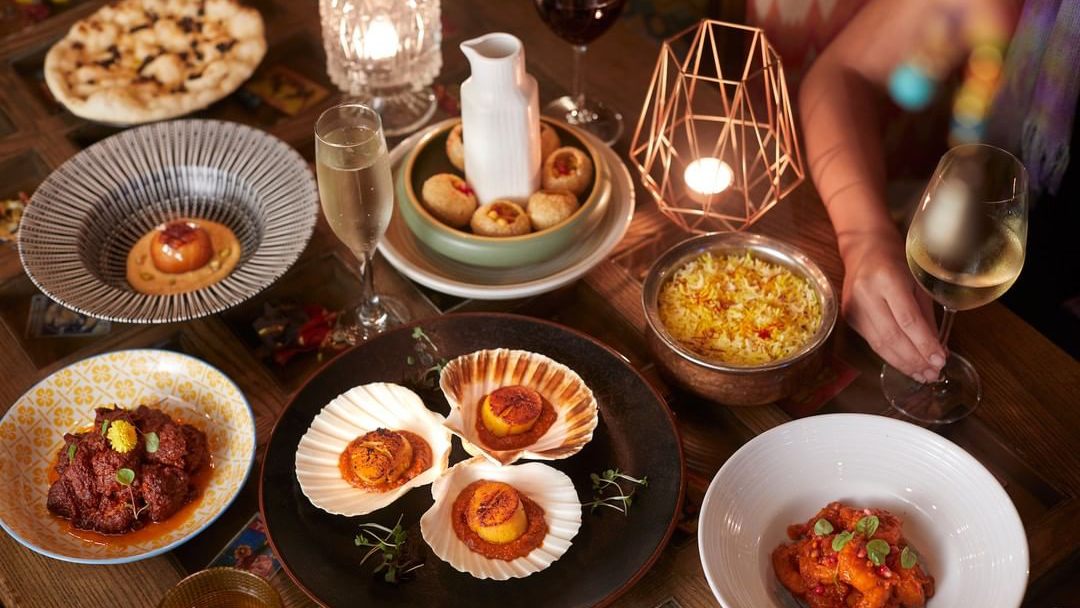 Those in need of an Indian fix can head to Kowloon (namely, Tsim Sha Tsui) for some of the longest-standing Indian establishments in Hong Kong. From Woodlands, the definitive taste of South Indian vegetarian cuisine since 1981, to Gaylord, serving up authentic Northern fare since 1972, this part of town has its fair share of historical South Asian haunts.

But there are new Indian restaurants popping up in the city that are attempting to push the envelope. For some, it’s a matter of deviating from authentic cuisine altogether (which might anger a few purists). For others, it’s about spotlighting those oft-neglected regions, cultures or histories of the second-most populous country in the world.

In either case, for those who want to experience the vibrant, multifaceted charm of India, look no further than our picks for new Indian delights.

Chaat is the city’s newest addition to the modern Indian cuisine roster, featuring the high octane flavours of popular street snacks in the plush surrounds of the Rosewood Hong Kong. Chef Manav Tuli is at the helm, bringing his Michelin-starred experience from London’s Tamarind, which was the city’s first Indian restaurant to receive the accolade last year.

Get ready for a gut-busting, mouth-watering feast upon any visit to Chaat: Aside from show-stopping, Tandoor-grilled proteins such as the lobster tikka, Black Angus beef and lamb chops, must-orders include the tangy, slow heat offered by the Bengali prawn curry; the house-made, creamy grilled paneer, and a luxurious slow-cooked dal makhani — a dish typically reserved for birthdays making for the perfect dish to round out a meat-heavy meal.

The Indian restobar by Mayfare Group, the team behind Gaylord Indian Restaurant in Tsim Sha Tsui, opened in Wan Chai back in September 2019. Gunpowder is located on Ship Street, which — if we were to take a high school analogy — is where all the cool kids hang out; you’ve got Associazione Chianti, 22 Ships and Ham and Sherry all along this Wan Chai street, charming only the hippest diners in town.

Whereas Gaylord Indian Restaurant offers the classic Indian dining experience with moody red alcoves and homey-looking dishes, Gunpowder gives us a bang of the contemporary. Those alcoves are traded in for green chenille fabric chairs and marble high tables, and the food is plated with a little more artistic license.

A signature ‘IndiSum’ (an appetiser in dimsum size) is the Gunpowder Chicken, crispy chicken bites with the ‘gunpowder’ flavour. Gunpowder, in this case, is actually the Tamil spice mix milagai podi, traditionally consisting of red chilis, lentils and white sesame seeds. It also appears in the homemade gunpowder-infused gin, used in the Gunpowder Negroni and other creative cocktails.

For mains, guests can still enjoy a classic Goan prawn curry, lamb rogan josh or chicken makhani, but perhaps to be paired with something a little more unorthodox, like the cheese truffle naan or beetroot raita.

A unique perspective on Indian cuisine has been undertaken by Black Sheep Restaurants group, who opened Rajasthan Rifles at the Peak Galleria in June 2019. The new Peak restaurant reflects the Anglo-Indian cuisine of the British Indian Army from the 1920s.

Says co-founder Syed Asim Hussain, “A lot of us South Asian kids grew up hearing military stories from our grandfathers, we have added a hearty dose of fantasy to those rose-tinted memories of a tense time.”

Another Black Sheep restaurant by co-founder Syed Asim Hussain comes in the form of innovative Punjabi cuisine. Hussain, a proud Punjabi himself, considers the New Punjab Club a very personal project for the dining group. The passion shows; the restaurant was awarded a Michelin star in 2019, the first Punjabi restaurant in the world to earn the accolade.

For those unfamiliar with Punjab, the northern region in India that borders Pakistan, dishes are often rich and buttery, with ample meat and vegetarian options.

Michelin-starred chef Palash Mitra offers up classic fare here, as well as some decadent spin-offs. For vegetarians, the dal makhani with slow-cooked black lentils, churned butter and fenugreek, or dessert of paneer kulcha will give you an authentic taste of the Sikh state.

To access Chaiwala, you have to go through the British salon Hugger Mugger, which is perhaps an analogy for how Hongkongers got to know Indian cuisine in the first place.

Historical analysis aside, the atmosphere of the new Pirata Group restaurant compels a party. It’s designed itself to be the spot to grab small bites and inventive cocktails with friends. (Or a place to snicker at the toilet wallpaper, if you prefer.)

Indeed, the theatre of the dishes add to the eccentricity of the space. The popular street food snack pani puri is brought to the table eagerly waiting to be filled with tangy spiced water. Sweet pomegranate pops on your tongue, subdued by creamy potato and the crunchy dough shell.

Although we’d probably go elsewhere for a proper sit-down curry, the Dabbawala menu gives you a comprehensive taste of Chaiwala’s signature dishes. Enjoy perfectly-seared Malabar scallops with coconut cream, the ‘Mexi-Thali’ of scrambled burji tacos, or a tandoori spread with cheese truffle naan.

Co-founded by BlackSalt Tavern chef, Taran Chadha, Pondi takes over the real estate of the former BlackSalt restaurant. Chef Chadha is joined by Brut co-owners Camille Lisette Glass and George Kwok for a restaurant that explores the seemingly contrary elements of Pondicherry cuisine in a cosy neighborhood hangout.

Four dishes between you and your dining partner should do the trick, paired with select sherries or organic, natural wines. The butter chicken liver terrine is heightened with green mango relish and a pickled cucumber side that is reminiscent of a classic chutney. The baked aubergine is a vegetarian dream, with the aubergine acting as a cushion for crispy cauliflower, candy-red cherry tomatoes, fried capers and a hit of orange peel.

Round off your meal with homemade vegan passionfruit and mango ice-cream, served in a warm dosa cone with caramel syrup and coconut flakes.