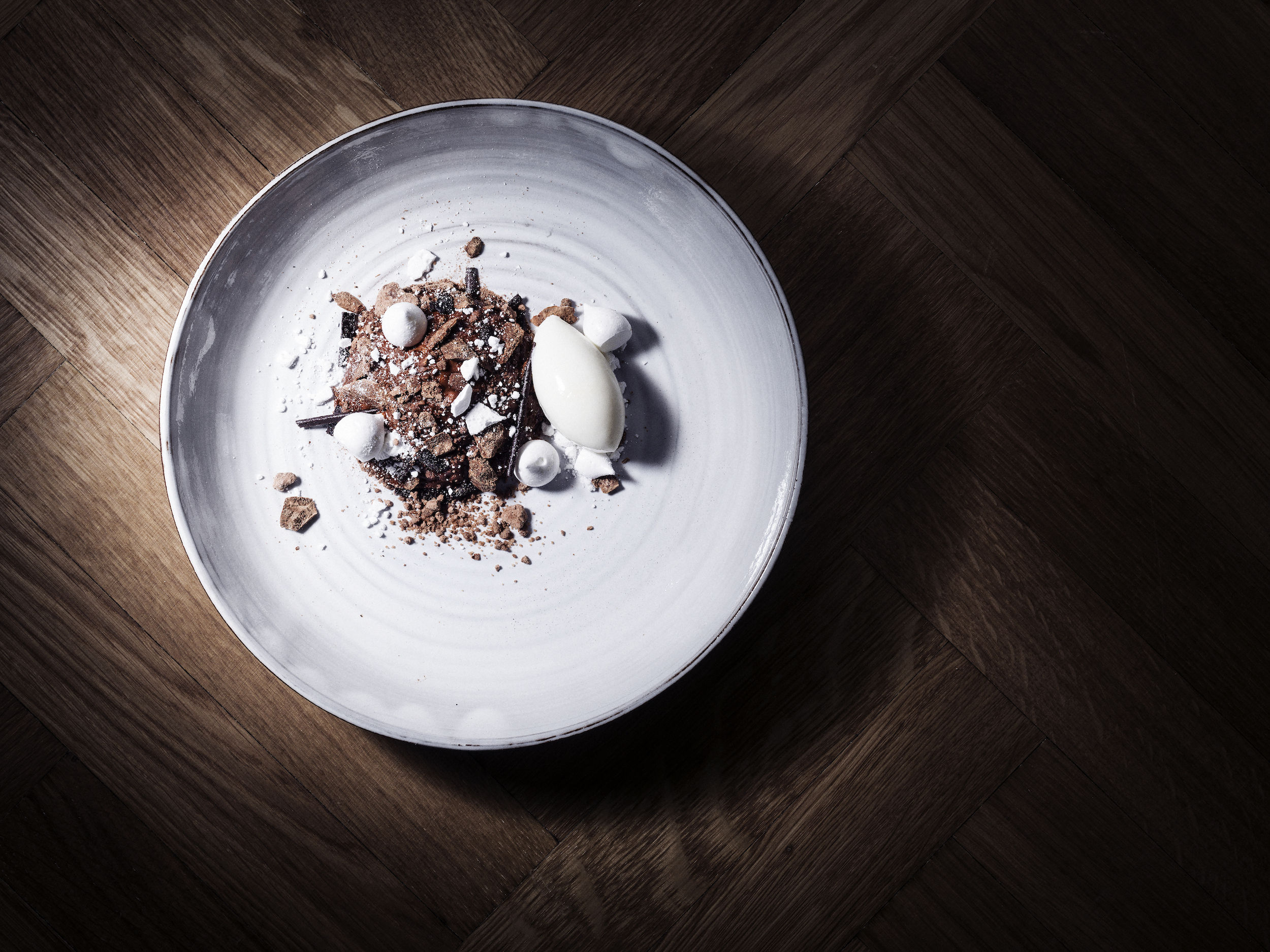 6 dining pop-ups not to miss in April

Hong Kong Art Week may have come and gone, but there’s no slowing down for lovers of fine gastronomy this month. Once you’ve had a chance to recover from the numerous art parties and social events (and maybe detox for a few days), you’ll want to check out all the exciting happenings in the city’s dining scene. Whether it’s sitting down to a foraged meal from Scandinavia, indulging in a caviar feast, or journeying back in time for a world-class meal on an iconic ocean liner, your options are plentiful this month for savouring exclusive epicurean experiences around town.

This month, Test Kitchen journeys north to bring us an exciting taste of Scandinavia, courtesy of chef Jouni Toivanen of Michelin-starred Luomo in Helsinki. The acclaimed chef earned a coveted Michelin star just nine months after opening Luomo in the Nordic capital city; at his Hong Kong pop-up, he’ll showcase his innovative style formed from over 20 years of working in starred kitchens around the world, with natural ingredients, simplicity and purity at the heart of the menu.

Guests will have the chance to dive first into the pristine produce of the Nordic region: from the “skagen” and rose, to forest mushroom flatbread, porridge with bee larvae and “24-hour pigeon chlorophyll”, with each dish showcasing a treasure trove of unusual ingredients and techniques. The Nordic pop-up is hopefully a harbinger of more exciting Scandinavian cooking in Hong Kong, building on the foundation formed by local restaurants such as FINDS and Frantzen’s Kitchen.

Hong Kongers love a good splurge, and if you’re looking to max out your dinner budget this month on one truly indulgent meal, look no further than the Kaviari tasting menu at Haku, with each dish incorporating the world-renowned caviar. The fourth collaboration dinner at Haku already this year, chef Agustin Balbi will be joining forces with Kaviari for one night only to present an exclusive menu priced at HK$2,500 per guest. Be one of the lucky few to enjoy the premium farm-raised caviar, with dishes such as white asparagus with usura tamago and caviar, king crab with shiso and caviar, black cod with konbu and caviar, and Haku’s signature dish, hon maguro tuna with Polmard beef tartare topped with a thick layer of the briny sturgeon and sheets of gold leaf (but of course).

The latest instalment of Amber’s innovative Four Hands dinners will bring a sophisticated pairing of French and Japanese foods as Executive Chef Richard Ekkebus welcomes distinguished Japanese chef Kenichiro Yamauch into the kitchen at 2-Michelin-starred Amber. A graduate of some of the top kitchens in the world, the eponymous owner of Restau Y Yamauchi in Nagoya should make a formidable match for chef Ekkebus, as the two culinary perfectionists join hands for a one-night-only degustation dinner. Rooted in French cuisine while incorporating local Japanese ingredients, the artistic menu includes four snacks followed by an 8-course meal, with an optional 12-sake pairing by head sommelier John Chan.

Ever wondered what it would have been like to dine onboard the Titanic? on 14 April for one night only, you can journey back in time at Restaurant Petrus at Island Shangri-La, where head Chef de Cuisine Ricardo Chaneton has whipped up a special menu to pay homage to the iconic ship. The opulent ocean liner has inspired countless books and movies over the years; now, it’s lending the backdrop for a dramatic dinner reenactment which looks to recreate the 10-course meal served on that fated night over 100 years ago.

Matched with some of the best wines from the early 20th century, the extravagant meal transports diners back in time with dishes such as fillet mignon “Lili”, roast guinea fowl, lamb with mint sauce, cold asparagus with saffron vinegar and Waldorf pudding on the menu. Priced with exquisite vintages, this is a rare gastronomic event not to be missed for lovers of food, fine wines and classic turn-of-the-century dishes.

Meanwhile, chef Danita Srisuwan — who cooked previously at Yamm alongside master chef Nooror of the acclaimed Blue Elephant in Bangkok — will present a smorgasbord of flavour-packed Thai dishes starring braised pork belly with winter melon, stir-fried noodles with chicken and hot basil, and stir-fried eggplants with sweet Thai basil. Diners can also make a stop at the roast meat and live cooking stations, where Yamm’s regular buffet items should offer something to suit all tastes. Finally, stop off at the dessert buffet to end the night on Thai lady finger bananas, flavoured ice creams, and mung bean Thai custard topped with fried shallots.

‘The Healing Taste of Kochi’ at Nobu

Nobu at InterContinental Hong Kong continues its culinary journey through Japan with with “The Healing Taste of Kochi” omakase menu, available from 17 April–20 May. In the 3rd episode of the ongoing series for 2018, Nobu will travel to Shikoku Island to present local ingredients and dishes inspired by the produce of the region, prepared by Executive Chef Sean Mell and Executive Sushi Chef Kazunari Araki. With dishes ranging from seafood and meat to vegetables and fruit, the gourmet journey is a food lover’s guide to the island, tempting palates with dishes such as seared bonito with tosa vinegar, baby sardines in garlic miso, mackerel with daikon, Tokushima pork belly, assorted sushi and more. Choose from the 6-course lunch omakase or the 8-course dinner omakase.

Hong Kong Best Restaurants Where to eat best eats dining pop-ups pop-up dinners guest chef menus
Leslie Yeh
Editor in Chief
Having worked as a lifestyle editor for almost 10 years, Leslie is thrilled to be writing about the topic she loves most: wining and dining. When she's not out pounding the pavement for the latest new restaurant opening or tracking food trends, Leslie can be found at home whipping up a plate of rigatoni vodka and binge-watching Netflix with a glass of Sauvignon Blanc in hand.
Dining Restaurants Food Trends Drinks Travel
Sign up for our newsletters to have the latest stories delivered straight to your inbox every week.