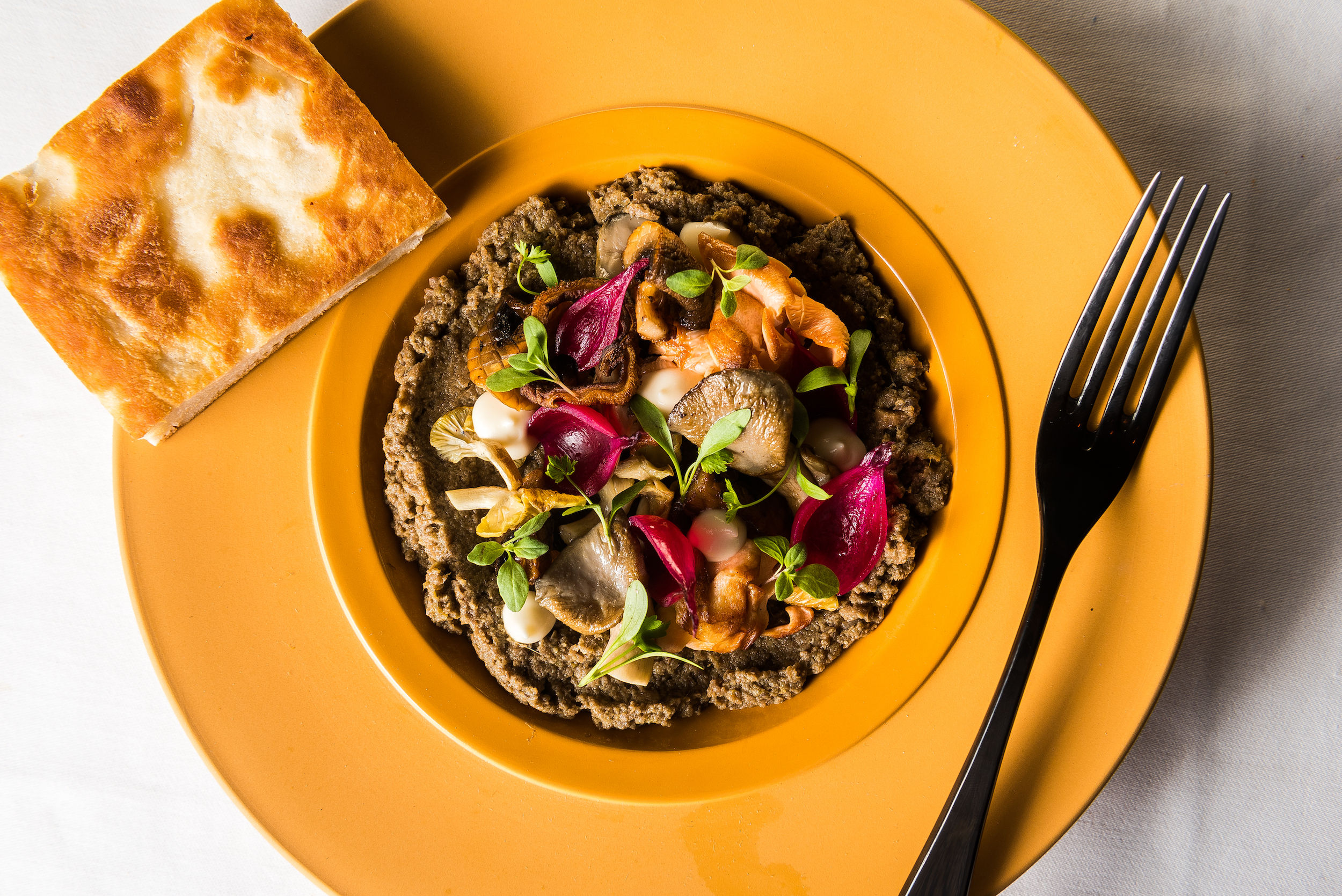 6 dining pop-ups not to miss in February

With Dry January officially over and new restaurants popping up on both sides of the harbour, February is all about making the most of the wonderful dining options Hong Kong has to offer. In-between CNY celebrations and romantic Valentine’s Day dinners, you’ll want to save room in your diaries for these exclusive pop-up dinners around town. From Filipino home-style cooking to bold Afro-Caribbean flavours, the eclectic mix of pop-ups this month has our mouths watering in anticipation.

Hidden Sheung Wan speakeasy Mrs. Pound is teaming up with Hey Handsome this month for an exclusive pop-up dinner, the first ever Hong Kong showcase for the acclaimed Manila restaurant. Serving eclectic pan-Asian cuisine, Hey Handsome is the second venture from chef Nicco Santos, following the wildly popular Your Local. For two evenings on 28 February and 1 March, Santos will be bringing his delicious hawker-esque dishes to Hong Kong, from eggplant with crispy chicharon and salted egg to melt-worthy lamb rendang and fragrant lemongrass blue crab. The Southeast Asian bites will be served alongside Mrs. Pound’s own mouthwatering menu: think steak char kway teow, baked cauliflower with whipped feta, cheeseburger spring rolls and coffee ribs. The pop-up is available from 6pm onwards to walk-in guests only so make sure you arrive early to get a taste of the bold, fresh flavours from the Philippines. 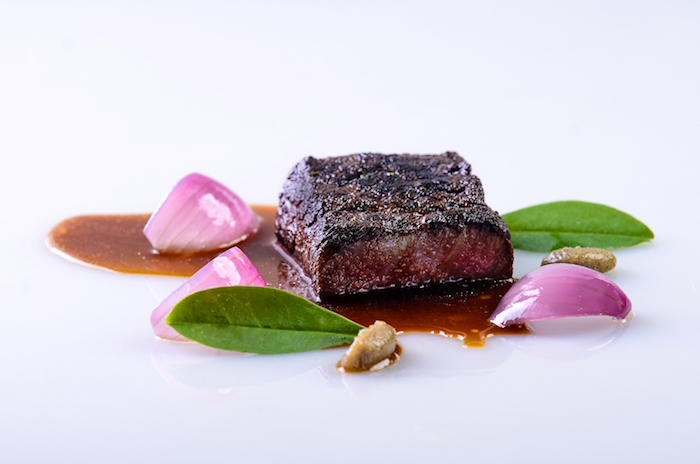 In another Filipino-inspired pop-up, Japanese kappo-style counter Haku plays host to Manila’s Gallery VASK this month, currently ranked no. 35 on Asia’s 50 Best Restaurants. An ode to the history and cultural traditions of the Philippines, Gallery VASK is led by chef Chele Gonzalez, whose resume includes stints at Michelin-starred fine diners such as El Celler de Can Roca and the legendary El Bulli. The Spanish native will showcase his progressive culinary philosophy, highlighting local ingredients sourced from his long-standing relationships with local farmers. In exploring the connection of Philippines to Spain and his own culinary roots, Gonzalez’s menu spans borders with dishes such as purple rice crackers with lardo and sancho; kinilaw, the raw seafood dish native to the Philippines; sour ribs with soyamansi; and pandan eclairs. The menu is rounded out with Haku chef Agustin Balbi’s modern Japanese-influenced dishes from black cod with anchovy to king crab on Koshihikari rice. 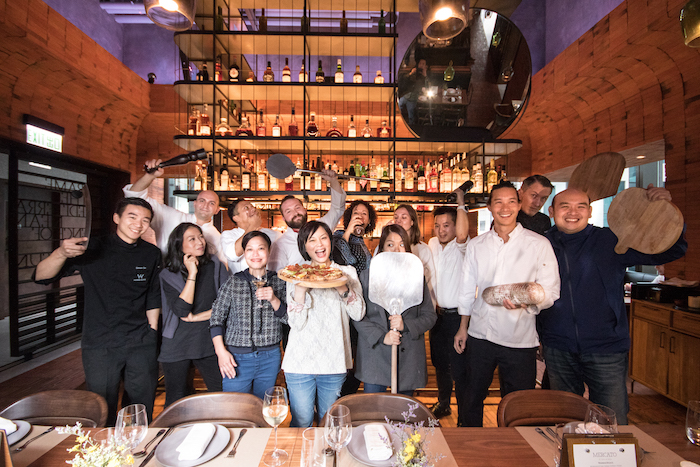 When: Now through 6 May

After a successful first run, The Great Pizza Bake Off is back for its 2nd edition, once again pitting Hong Kong’s top chefs and media personalities against each other to see who can invent the most mouthwatering pie. Mercato by Jean-Georges will play host to the epic showdown, with five rounds taking place across the next few months featuring 10 original pizza recipes. Stop by to tuck into Mercato’s rustic and puffy wood-fired Neapolitan-style pies topped with original recipes from Hong Kong’s top chefs and foodies, and be the judge in the race to crown the best pizza in Hong Kong. February kicks off with Nick Chew from Serge et le Phoque against Eat & Travel Weekly (29 Jan–11 Feb), while our own Editor-in-Chief Michael Connelly rolls up his sleeves to face off against Mercato’s Anthony Burd from 23 April–6 May.

And if you still need an excuse to gorge on pizza this month, don’t miss National Pizza Week taking place across 19 restaurants in Hong Kong and Macau from 9–16 February. We’ve seen a lot of different cuisines come through the Test Kitchen pop-up space, but this month’s showcase is set to be a first: a taste of authentic Afro-Caribbean flavours from former Top Chef contestant, Kwame Onwuachi. A rising star in the US food scene, Onwuachi first made his name known on the reality cooking competition, and after a rocky first venture which saw him straying from his true cooking passion, Onwuachi is back on track, serving food from the heart at the highly acclaimed Kith and Kin at InterContinental at The Wharf in Washington D.C.

The bold and flavour-packed Afro-Caribbean menu embraces humble, home-style cuisine with Nigerian and Jamaican flavours at the forefront, mixed in with Creole and Cajun influences from both his mother and father’s side. Start with finger snacks such as dry-aged beef suya skewers and scallop peri peri, then move on to family-style platters of braised oxtail with allspice jus and whole-fried Caribbean red snapper with brown stew sauce, accompanied by sides of fried plantains with cilantro powder, Thumbelina carrots with smoked carrot yogurt and red bean sofrito. The charismatic chef, previously named Forbes’ 30 under 30, will be making the rounds to share stories from his intriguing culinary journey. With this month all about exploring Kowloon-side eats, those who find themselves over on the ‘Dark Side’ should make a stop at Greater China Club and the adjacent Cadenza, two excellent dining options in Lai Chi Kok district. This month, the European restaurant and bar Cadenza is inviting epicureans in for a special pop-up dinner headed by chef Kawabata Masahito, hailing from Tokyo and Okinawa. From 26 February to 7 March, Masahito will present his unique take on contemporary French cuisine, developed from 25-plus years in the kitchen. The complex French dishes bear a hint of Okinawan influence: try the pan-fried scallops with cauliflower in veloute sauce; fresh raw oyster and fruit macedonia with vinegar sauce; and lobster and fresh vegetables terrine with vanilla sauce. Guests can choose from a 3-course (HK$328 for appetiser, main and dessert) or 4-course set lunch (HK$418 for two appetisers, main and dessert). Meanwhile, dinner is an indulgent 6-course affair (HK$750) composed of chef Masahito’s signature plates.

Meet The Maker “ALL SAINTS” Dinner at Feather & Bone 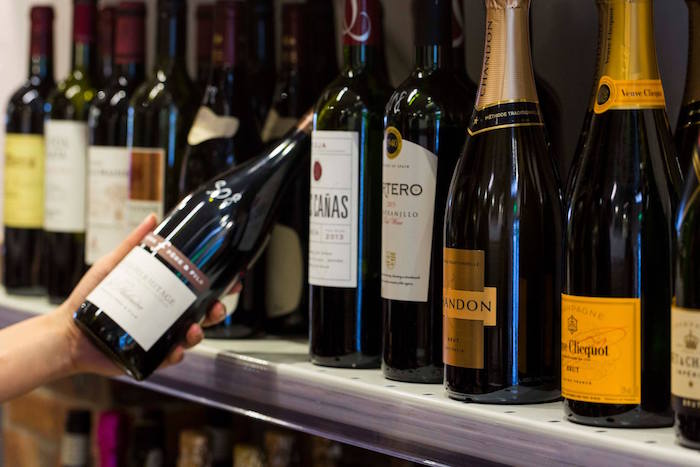 Wine retailer and grocer Feather & Bone is putting the spotlight on young, up-and-coming wine makers with a series of fun wine maker dinners spotlighting different vinos paired with dishes by chef Eric Tuluy. The informal, convivial dinners are all about getting to know like-minded fellow wine lovers while enjoying delicious food and drink — an antidote to stuffy tasting-menu pop-ups around town. On 7 February, Feather & Bone welcomes All Saints head winemaker Nick Brown for a night of fine food paired with Victoria’s finest aged Muscat — aged 13-years and 40-years — considered amongst the top Muscats in the world. The dinner will also introduce three classic Victorian red wines, complemented by a 5-course dinner from the talented chef Tuluy.

Hong Kong Where to eat dining pop-ups pop-up dinners hong kong pop-ups
Leslie Yeh
Editor in Chief
Having worked as a lifestyle editor for almost 10 years, Leslie is thrilled to be writing about the topic she loves most: wining and dining. When she's not out pounding the pavement for the latest new restaurant opening or tracking food trends, Leslie can be found at home whipping up a plate of rigatoni vodka and binge-watching Netflix with a glass of Sauvignon Blanc in hand.
Dining Restaurants Food Trends Drinks Travel
Sign up for our newsletters to have the latest stories delivered straight to your inbox every week.