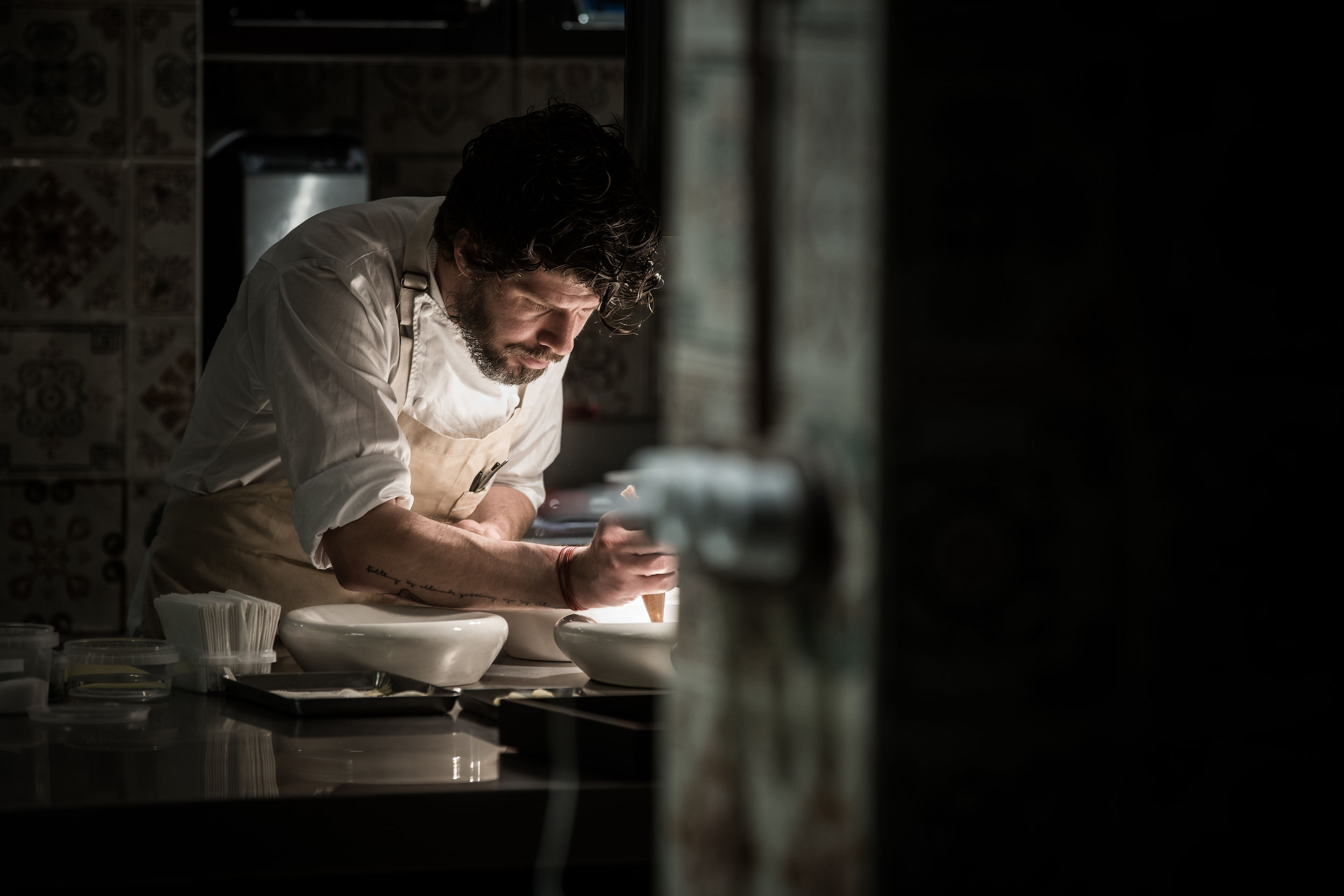 6 dining pop-ups not to miss in January

While January is traditionally a time for New Year’s diets and shedding extra holiday weight, that doesn’t mean that you have to be stuck on a rabbit’s diet every single day. It’s all about following a healthy and balanced lifestyle while treating yourself every once in a while. For staving off hunger pains this month, here are the one-off dinners and exclusive menus that are absolutely worth budgeting into your New Year’s diet. We named Haku as one of the best new restaurants of 2017, and we’re looking forward to what 2018 has in store for this Harbour City gem. To get the year to a flying start, head chef Agustin Balbi is joining forces with chef Paulo Airaudo of one-Michelin-starred Amelia in San Sebastián for a two-night collaboration dinner that’s guaranteed to be a showstopper.

The joint eight-course menu adheres to Haku’s kappo style of dining, with dishes embracing the five primary cooking techniques of grilling, steaming, frying, simmering and raw preparations. From chef Airaudo, expect to see such mouthwatering Argentinian–inspired dishes as duck with pine and humita, a Native American savoury corn cake; and a take on cacio e pepe with celeriac and black truffle. Meanwhile, Balbi will showcase signatures including Haku’s Polmard beef with Kristal caviar, and king crab paired with Koshihikari rice and togarashi. Beef is taking centre stage this month as Hong Kong’s top butchers (along with a small media panel including Lifestyle Asia’s very own Editor in Chief) take to the chopping block to serve up their best creative meat dishes, featuring various cuts including beef shank, brisket, flat iron, beef tongue, heart and more. Hot off the heels of The Great Pizza Bake Off, Hong Kong MEAT Up invites diners to be the judges once again, as chefs and media personnel face off in a 10-week competition which kicks off on 9 January. Every two weeks, a designated chef will compete with another chef or media to win over the palates of diners with their creative twists on various beef cuts, starting with Jose Antonio Navarro Cotes of La Paloma facing off with Son Pham of Co Thành in an epic showdown of beef tenderloin versus beef cheek. Cast your first votes this month (don’t forget to tag #HKMeatUp), and don’t miss LSA’s own Michael Alan Connelly sharing his best brisket dish from 23 February–9 March. 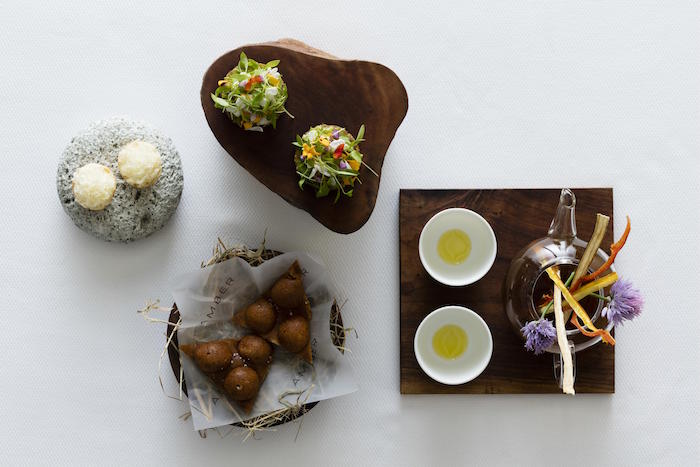 The Friends of Amber series at the Landmark Mandarin Oriental returns this month with another exclusive Four Hands Dinner from 23–24 January. This time, head chef Richard Ekkebus is teaming up with chef Rodolfo Guzmán from the illustrious Boragó in Chile, currently ranked #42 on the 2017 list of The World’s 50 Best Restaurants. With Amber at the #24 spot, it’s sure to be a memorable showcase of two gastronomic giants, with chef Ekkebus and Guzmán working side-by-side in the Amber kitchen. From chef Guzmán’s side, expect to see a refined take on Chilean food using revolutionary cooking techniques, with native wild ingredients hailing from the salt flats of the Atacama, to native herbs and sea asparagus found along the shoreline. As a memento of the night, guests will also receive a signed copy of chef Guzmán’s recently published book, Boragó: Coming from the South. Test Kitchen is gearing up for another lineup of exemplary guest chef dinners at its Sai Ying Pun home this year, which kicks off in January with a trio of chefs from Lyon’s La Bijouterie. Chefs Arnaud Laverdin and Thomas Pezeril will team up with pâtissier Remy Havetz to debut an 8-course tasting menu in the Test Kitchen arena, combining their experience from years of working in acclaimed kitchens from three-Michelin-starred Alain Ducasse at The Dorchester, to Anne-Sophie Pic’s three-starred restaurant in Valence, and most recently in France’s acclaimed La Bijouterie.

The menu is set to show off a variety of cooking techniques from fermentation to slow-cooking to BBQ and maceration, with dishes revolving around fresh market seafood, wild game meats and rare native European ingredients. We suggest opting for the reasonable wine pairing as you tuck into dishes such as market white fish with salsify, hojicha tea and juniper berries; turnips with smoked cod-roe butter, kimchi, radish and daikon lettuce; and pigeon with a carrot and tahini purée. The meal ends on a high note with the picturesque chocolate dessert with tempered chocolate shards, chocolate meringue, caramel soya sauce, sesame crumble, miso powder and grapefruit snow. Duddell’s launches its brand-new ‘Chefs-in-Residence’ programme this month with a two-night guest appearance from Sydney-based Dan Hong, the acclaimed chef behind the famed Mr. Wong and Ms. G’s. With the programme aiming to explore the wide canon of Chinese cooking, the four-part series will see international chefs taking the reigns at Duddell’s for pop-up dinners throughout the year, with exclusive one-off menus inspired by Chinese techniques and flavours. For the inaugural event, Dan Hong shows off his mod-Asian cooking in dishes such as Japanese scallop with ginger, scallion and uni; prawn and foie gras wontons with shaved black truffle; char siu roasted toothfish with pickled radish; and lobster with egg noodles in a decadent garlic butter sauce. If sake paired with hotpot sounds like the perfect winter meal to you, you’ll want to mark 18 January on your diary for a special sake collaboration dinner at popular hotpot joint Megan’s Kitchen. In partnership with the Fukuchiyo Syuzo brewery from Kyushu, Japan, Megan’s Kitchen will be presenting a unique sake pairing menu for one night only, featuring rare bottles from the renowned brewery including the Nabeshima Daiginjo, which won overall first prize at the 2011 International Wine Challenge championship. The special Nabeshima bottles will be paired with exclusive Megan’s Kitchen specialties including deep-fried Bombay duck with spicy sauce, stewed whole African abalone with winter melon, fresh beef shank with red date and longan, deep-fried stuffed chicken wing with fried glutinous rice, and steamed beancurd sheets stuffed with assorted mushrooms.

Hong Kong Dining Restaurants Where to eat dining pop-ups guest chefs pop-up dinners pop-up events limited time menus guest chef menus
Leslie Yeh
Editor in Chief
Having worked as a lifestyle editor for almost 10 years, Leslie is thrilled to be writing about the topic she loves most: wining and dining. When she's not out pounding the pavement for the latest new restaurant opening or tracking food trends, Leslie can be found at home whipping up a plate of rigatoni vodka and binge-watching Netflix with a glass of Sauvignon Blanc in hand.
Dining Restaurants Food Trends Drinks Travel
Sign up for our newsletters to have the latest stories delivered straight to your inbox every week.