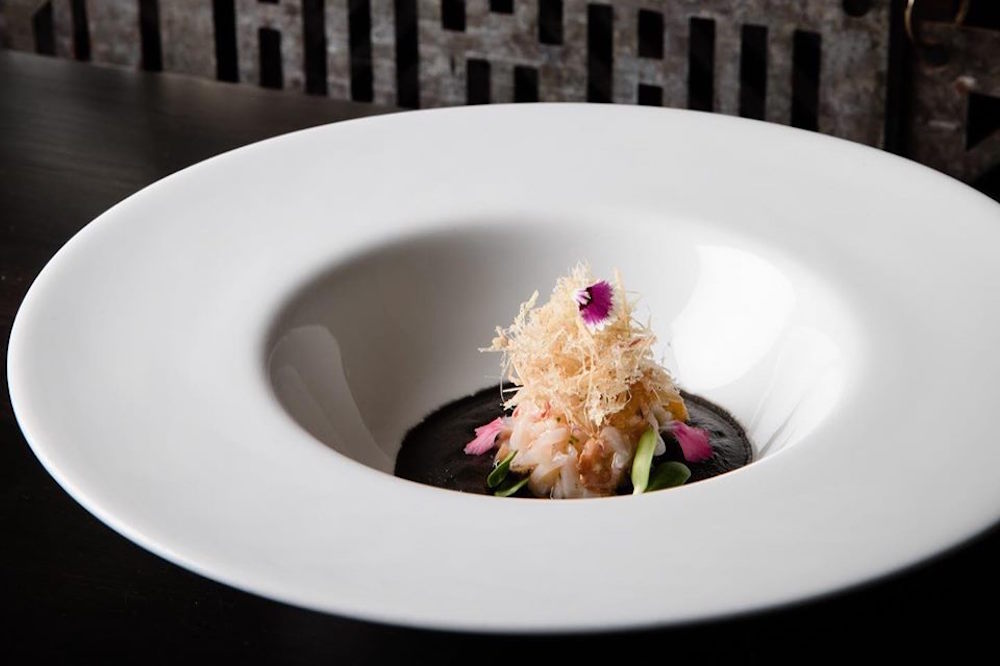 Hong Kong-born chef Devon Hou is stepping out from behind-the-scenes again to headline the next Test Kitchen pop-up, running from 1–3 August. As Test Kitchen’s head chef, Hou is well familiar with running the one-off dinners with visiting chefs. After presenting her first successful pop-up back in April, Hou will once again take the pass as she presents her own farm-to-table menu featuring select produce from Hong Kong’s own Zen Organic Farm.

The expertly crafted 8-course dinner is a vibrant celebration of summer, with dishes ranging from apple cucumber with 12-hour slow-cooked abalone, to the umami-rich local fan scallop with cauliflower and salted egg yolk. As a bonus, guests will have a chance to take home their own produce from Hong Kong’s backyard in a meet-and-greet with farmer David Leung on-site Saturday from 12–4pm. With tickets left solely for the 1 August dinner, you’ll want to grab them fast here.

Bonding over this shared food philosophy, the chefs — who originally met in Milan — will present their individual signature dishes alongside experimental creations dreamed up exclusively for this collab. The menu kick-starts with chef Mangeleer’s signature appetiser of potato cream with coffee, vanilla oil and grated mimolette cheese from Lille, followed by Balbi’s Japanese oyster with yogurt, ponzu, sake and drizzles of Spanish olive oil. Tomato lovers will go wild over chef Mangeleer’s “Tomato Collection 2019”, featuring lightly dressed homegrown tomatoes that span the spectrum from sweet to sour to salty. Haku fans will also relish the chance to revisit favourites such as the Koshihikari with Japanese black abalone and Kurokashiwa chicken.

Le Comptoir’s two-Michelin-starred restaurant Écriture will host award-winning chef Vincent Thierry of Chef’s Table, The Dome at Lebua for an exclusive collaboration dinner for one night only. On 12 August, prepare for a gastronomic treat as chef Thierry joins forces with Écriture’s Maxime Gilbert to present a pioneering French-inspired degustation featuring nine memorable courses. Chef Thierry is well known for his devotion to sourcing local produce from Thailand at Chef’s Table, reimagining the products into classic French cuisine. During the exclusive four hands dinner, diners can enjoy his king crab tiramisu and Scottish langoustine with sweetbread lasagna (pictured above); while chef Gilbert presents his elegant French-Japanese hybrids such as Royal Caviar Club bone marrow abalone and a citrus-forward Japanese yuzu dessert.

Here’s another reason to head over to Happy Paradise this month: On 14–15 August, a four-hands collaboration will take place between chef May Chow and chef Thitid Tassanakajohn (chef Ton) of Bangkok’s Le Du. Placing No. 20 on Asia’s 50 Best Restaurants 2019, the Bangkok restaurant mimics Happy Paradise’s style of playfulness and whimsy; like Chow, chef Ton specialises in offering diners something completely surprising and unexpected. Themed the ‘Chinese Diaspora’, dishes from both chefs will play upon seasonal ingredients from both Hong Kong and Thailand, with creations reflecting the cross-section of Thai and Chinese cuisines.
Happy Paradise, UG/F, 52-56 Staunton Street, Central, Hong Kong, +852 2816 2118

In case you haven’t had a chance to sample the wonderful Burmese fare from restaurateur Ivan Pun, you’ll be pleased to know that The Pansodan pop-up has been extended for three more months. From now through September, diners can enjoy the local pop-up of the atmospheric Burmese brasserie, which recently opened in the former Bank of India building in Yangon.

Stop by Sai Ying Pun to try the restaurant’s signature dishes such as Burmese-style pâté slathered onto black pepper crisps, samosas served ‘Thoke’ style, and the green tomato salad mixed with pickled ginger, crushed peanuts and lime. Mains delight with a number of Chinese-inspired noodles and complex curries. The flavourful dishes are chased down by The Pansodan’s range of botanical cocktails; try the Yangon 75, a concoction of gin, lemongrass and champagne, or the Mandalay Spritz — a refreshing spritzer with pomelo and mint.

Hong Kong Restaurants Hong Kong Dining Test Kitchen dining pop-ups may chow happy paradise pop-up dinners Dining Events guest chef menus ecriture
Leslie Yeh
Editor in Chief
Having worked as a lifestyle editor for almost 10 years, Leslie is thrilled to be writing about the topic she loves most: wining and dining. When she's not out pounding the pavement for the latest new restaurant opening or tracking food trends, Leslie can be found at home whipping up a plate of rigatoni vodka and binge-watching Netflix with a glass of Sauvignon Blanc in hand.
Dining Restaurants Food Trends Drinks Travel