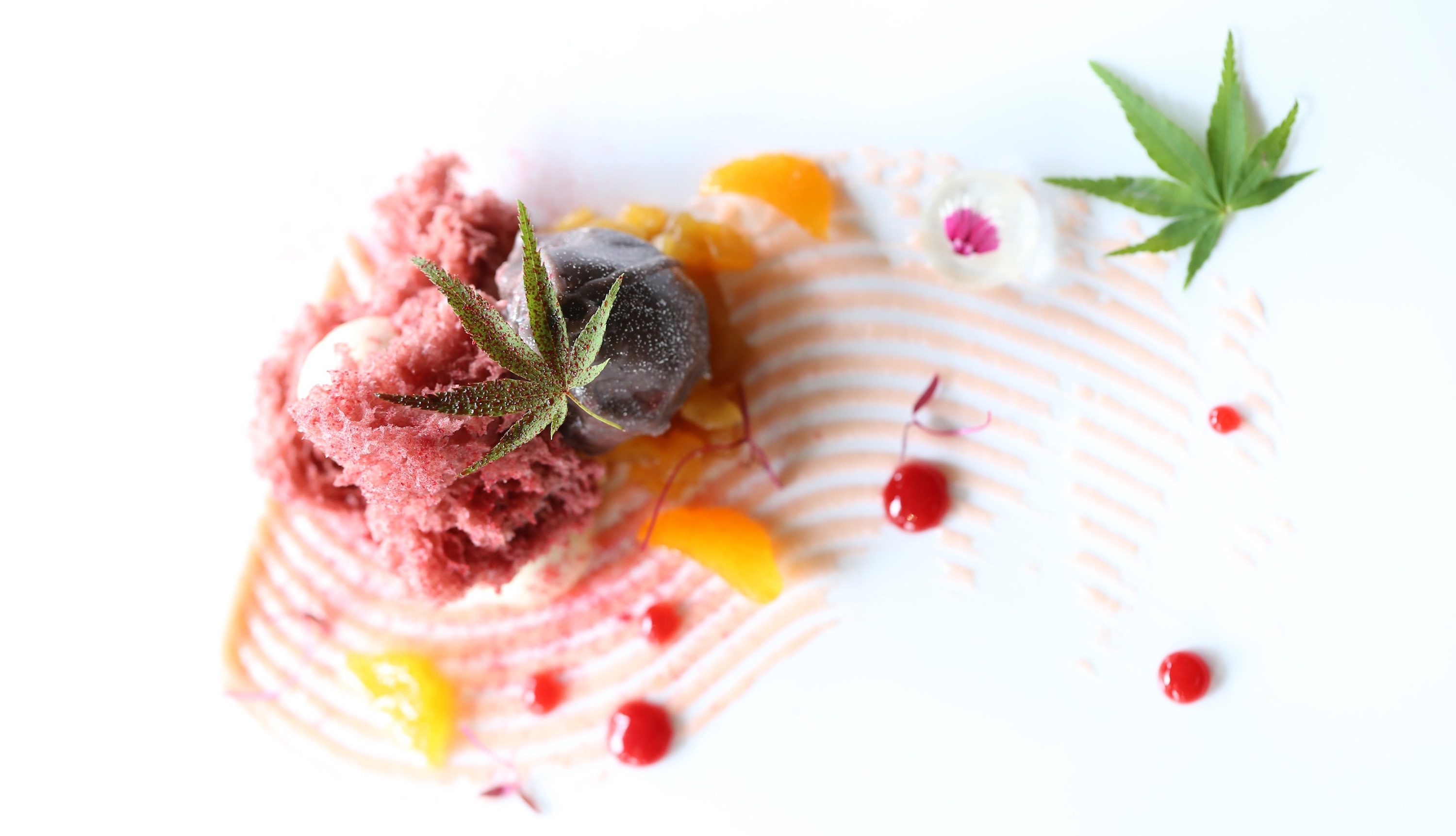 6 dining pop-ups not to miss in November

It seems like everyone wants a piece of the Hong Kong pie, and we’re not exactly complaining with the high quality of international pop-ups and world-class chefs cycling through our city each month. While there are plenty of holiday parties and Thanksgiving dinners to tide you over this month, you’ll want to save some space to visit these limited-time pop-ups that are bringing something new to the scene. Who knows, these chefs might just be setting off the next big food or drink trend in Hong Kong.

Art, design and desserts collide at Janice Wong’s Cobo House by 2am:dessert bar this month with the launch of “The Forest,” a shop-within-restaurant concept put together by Production Q founder Queen Rosita Law. The versatile first floor space at Cobo House has previously housed art and cultural exhibitions, and “The Forest” will be another thoughtfully curated space, aiming to create an immersive and peaceful environment for diners, with select home décor items available for purchase. Satisfy your sweet tooth and shopping cravings in one, with both dessert degustation and retail pop-up taking influence from the calming colours and patterns of nature.

Peruvian Pop-up at The Optimist

Previously heading the now-defunct Chicha, Peruvian chef Arturo Melendez sweeps into The Optimist this month to bring a taste of his Peruvian specialties to the popular northern Spanish kitchen. Together with The Optimist head chef Alfredo Rodríguez, chef Arturo has created 10 new a la carte dishes that fuse the vibrant flavours of Peruvian cuisine with the smoky, charcoal-tinted dishes the asador-inspired grillhouse is known for. Bright citrus and fresh seafood — amongst the cornerstones of Peruvian cuisine — are the basis for dishes such as Su Choclo & Edamame Mas, a mix of corn, feta cheese, lime and South American chilis; and the Causita de Langostinos, a lobster tartare with spicy garlic mayo. French fine-dining establishment ÉPURE welcomes two-Michelin-starred guest chef Olivier Bellin to present his ‘Made in Brittany’ experience from 15–16 November. A native of Brittany, the esteemed chef trained with some of the greats during his early career, including Joël Robuchon and Jacques Thorel, and has since been awarded two Michelin stars at his restaurant in France, L’Auberge Des Glazicks. During his visit to ÉPURE, chef Bellin will present a three-course (HK$788) or four-course (HK$988) lunch menu and a six-course dinner menu (HK$1,988) designed to transport diners to the shores of Brittany, with dishes including apple sea soufflé with sea water, blue lobster with apple and pomelo, and Brittany suckling pig with celery root brown butter and chorizo paste.

Chocolate-making is an art form, and of the many chocolatiers in Paris, Maison Chaudun is recognised as one of the best. Chef Gilles Marchal, who currently leads the esteemed chocolate house after learning from the master himself, Michel Chaudun, is set to bring the sweet confections to Hong Kong this holiday season during a two-month-long pop-up at The Mandarin Cake Shop. Maison Chaudun’s classic squares include dark, milk and the signature pavé, featuring soft chocolate ganache dusted with fine bitter cocoa. Other goodies include a variety of chocolate truffles, biscuits, pralines, candied confit fruit peels, and the 30th anniversary limited-edition playing cards designed by illustrator Emmanuel Pierre.

Candelaria Taqueria and Bar at Ozone We may not be able to tell you what to get your distant Chinese relatives for Christmas this year, but we can tell you where to get your taco fix this month. Following the insanely popular Duck & Waffle pop-up last month, the Ritz-Carlton is hoping to hit another homerun by welcoming one of Paris’ best Mexican joints for a five-day pop-up collab. Bar whizzes from Candelaria will be mixing up a handful of the restaurant’s experimental cocktails including the “La Guepe Verte” made with spice-infused tequila blanco, cucumber, coriander, lime and agave syrup; and the “Al Son de Labatanga” with mezcal, tequila blanco, Amaro Montegro, lime, and Italian chinotto soda. Meanwhile, you can line your stomach with a selection of tacos, tostadas, guacamole and salsa created by Ozone’s chef de cuisine Rafael Gil.

Acting as a platform to give chefs an opportunity to showcase their talents in Hong Kong without the restrictions of a formal kitchen, Test Kitchen has brought us some memorable pop-ups this year, but this one might be the best yet. This month, the stage is set for a New Nordic takeover, with two young Scandinavian chefs and friends — Toni Toivanen from the renowned NOMA and Eric Räty from Café Gray Deluxe — showcasing their “Sandlådan” concept, meaning a child’s sandbox, or a “playground of ideas and dreams.” With the license to carry out their wildest food fantasies, we’re sure the dishes coming off the pass are going to stun and surprise. The 8-course menu is priced at HK$1,380 with wine pairings.

Ozone Mandarin Oriental Dining Restaurants Pop-up Restaurant Pop-up ÉPURE The Optimist Chocolatier Test Kitchen Pop-ups Cobo House Maison Chaudun
Leslie Yeh
Editor in Chief
Having worked as a lifestyle editor for almost 10 years, Leslie is thrilled to be writing about the topic she loves most: wining and dining. When she's not out pounding the pavement for the latest new restaurant opening or tracking food trends, Leslie can be found at home whipping up a plate of rigatoni vodka and binge-watching Netflix with a glass of Sauvignon Blanc in hand.
Dining Restaurants Food Trends Drinks Travel

No More Tears: Krug x Onion gives the unsung ingredient its due