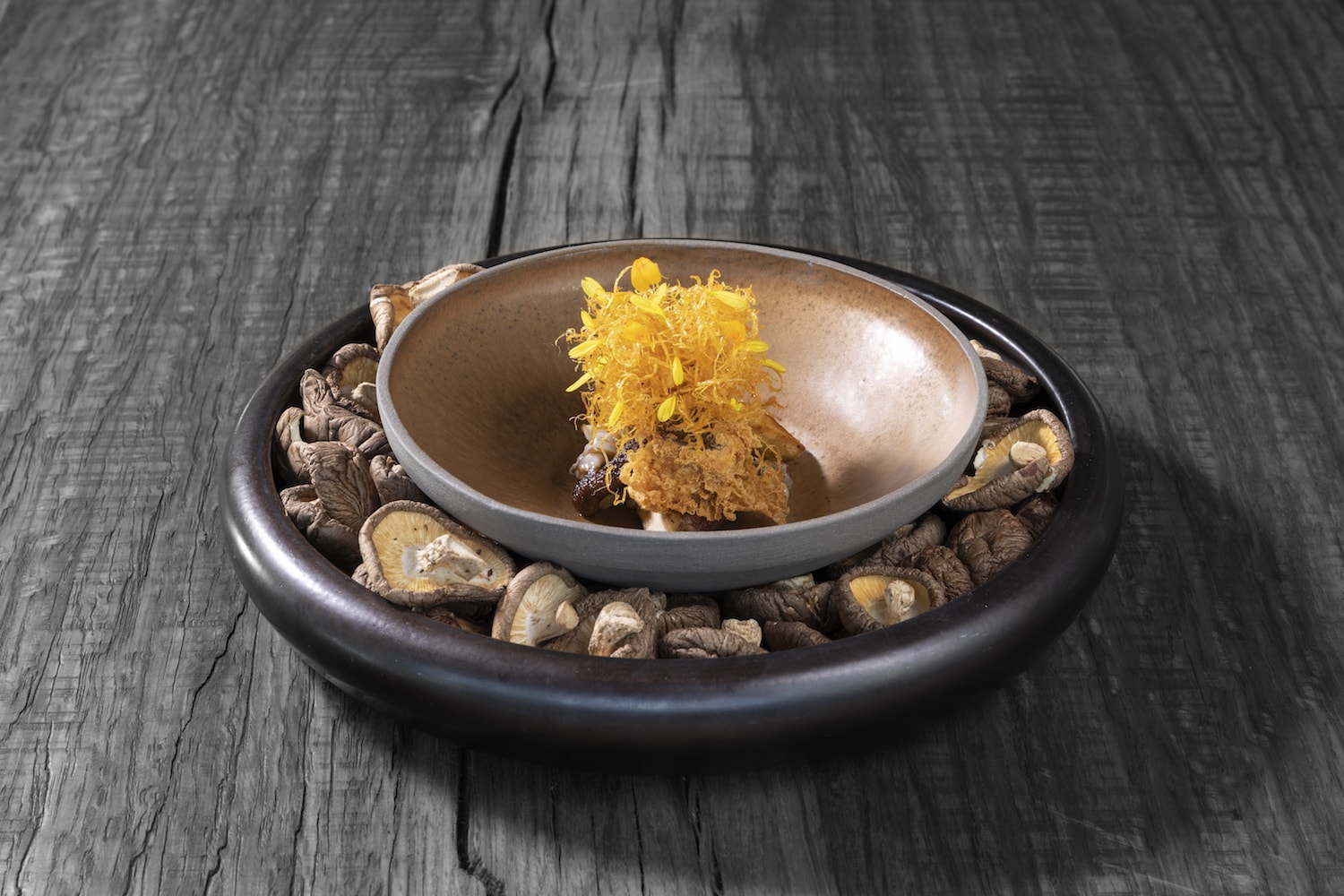 From the spice-heavy flavours of Tulum, Mexico, to the seafood-centric cooking of Italy’s coastline and the tropical accents of Bali — this month’s dining pop-ups offer a world tour of cuisines spanning East to West. Some of these highly anticipated events are selling out fast, so make sure you snag your reservations now to be one of the few at the table for an exclusive taste of June’s dining pop-ups.

A taste of Tulum

With just a few days to go, you’ll want to secure tickets now for Test Kitchen’s latest pop-up, which shines a spotlight on the vibrant flavours of Tulum, Mexico. Chef Luis Aguilar is the star chef headlining the affair: Having worked from New York to Spain, the Bahamas to New Zealand, Aguilar returned to his native Tulum to open Safari, a funky taqueria nestled into the leafy jungle found up and down Tulum’s coastline. The restaurant is named after the original 1971 Airstream ‘Safari’ trailer from which Aguilar slings his house-made corn tortillas brimming with spice-ridden meats and house-made condiments.

His award-winning dishes champion the culinary culture of the Yucatán Peninsula in a family-style format, starting with his salsa madre, which features 12 ingredients alone. House-made corn tortillas are stuffed with avocado and pickled red onion, pan-seared fish with shishito peppers and lechon, whole-roasted suckling pig paired with the Yucatecan condiment recado blanco. Other highlights include the fire-roasted octopus with guajillo tortillas and chickpea sprouts; Wagyu with pomegranate reduction and shishito toreado; and vanilla confit with cacao mole and rice. The bold flavours match well against a featured cocktail of passion fruit, mezcal and habanero, along with a selection of craft beers and wine.

An epic 22-course menu is set to unfold for two nights only in this highly anticipated meeting of chefs Jimmy Lim from JL Studio in Taichung (named the rising star of the region in Asia’s 50 Best Restaurants 2019) and VEA’s Vicky Cheng. The pioneering Chinese-French restaurant continues its collaborative streak with the region’s top stars in this pop-up which traverses Singaporean, Taiwanese, Chinese and French cuisines in a sensational 22-course degustation; each chef will present eight small bites, two main courses and a dessert. Expect the dishes to weave an insightful culinary narrative as both chefs channel their personal culinary journeys and inspirations on the plate, with chef Cheng’s creations embracing VEA’s Chinese-French theme; while chef Lim incorporates a heavy dose of Southeast Asian flavours in dishes such as his signature ‘Shroom Kut Teh’ (header image above). As always, the menu will match with an exquisite wine and cocktail pairing courtesy of Executive Mixologist Antonio Lai and Sommelier Alex Yim.

Chef Margarita Forés (Asia’s Best Female Chef of 2016) is back in town to join head chef Lisette Magampon of Osteria Marzia for a two-night collaboration championing regional Italian cuisine. Both Filipino-born chefs will combine their shared passion for Italian flavours and global travels in a delightful 9-course menu which traverses the beautiful culinary regions of Italy, showcasing everything from bright ceviches to hamachi carpaccio; zucchini blossoms with anchovy to casarecce pasta peppered with clams and peperoncino. Forés’s fresh crab spaghetti with calamansi nods to her native Philippines; Magampon’s pesce spada fish with smoked caponata and cherry tomatoes is sure to win over seafood lovers.

Join chef Tomos Parry of London’s Brat for a celebration of live fire cooking at La Rambla by Catalunya, as he combines British produce with Spanish cooking techniques for a unique one-off menu. The 8-course menu sees chef Parry teaming up with La Rambla’s chef Ferran Tadeo to showcase northern Spanish flavours, with premium meats slow-grilled over charcoal to achieve a smoky depth. Chef Parry has perfected cooking over wood fire at his Michelin-starred flagship; at La Rambla, he’ll reveal some of his signature creations including Herdwick lamb chops with green sauce, and grilled leeks with wild garlic, hay butter and fresh goat’s cheese. Parry’s signature dessert also references the grill: an irresistible burnt cheesecake made with his special ingredient of goat’s milk curd to achieve an airy soufflé-like texture.

The winner of Top Chef in France is heading to the Fragrant Harbour for a 4-day guest chef stint at Shangri-La’s flagship Restaurant Petrus. Winner of the cutthroat cooking competition and former executive chef of two-Michelin-starred La Scène at the Prince de Galles, Le Quellec will join hands with Petrus Chef de Cuisine Ricardo Chaneton for a series of special lunch and dinner menus as well as three exclusive wine dinners showcasing the gastronomic pairing of French dishes and wines from the region.

Dishes created by chef Le Quellec are first and foremost rooted in exceptional produce, from beautiful Brittany langoustines half-roasted and bathed in a vanilla and buckwheat dressing; to fresh farm eggs with a Xéres vinegar-marinated yolk, green asparagus and morel mushrooms. Caviar dresses up soufflé potatoes with wild sorrel, while fresh cod is prepared Dugléré-style with fennel and zucchini in an orange blossom scent. Three consecutive wine dinners from 4–6 June will also see the menu paired with exceptional French wines courtesy of Master Sommelier Yohann Jousselin.

à nu’s stunning harbour-facing venue is the setting of two sumptuous dinners this June, served up by chef Shohei Shimono from the restaurant’s Michelin-starred Tokyo flagship. Using choice ingredients flow in fresh from Japan, Shimono will create two special menus in conjunction with the premium caviar house W3 and Henri Giraud Champagne. On 3 June, Shimono combines Japanese ingredients with meticulous French techniques in a menu which complements the unique characteristics of W3 Caviar, from caviar with smoked uni rice to baby clams with seaweed and caviar.

On 4 June, Shimono’s omakase-style menu will be accompanied by flutes of Henri Giraud Champagne, with seven of the nine courses featured in the tasting menu complemented by different vintages from the luxury Champagne brand. Guests can soak in the sweeping views of the city’s skyline at night, with Stephane Barlerin, brand ambassador from Henri Giraud on hand to bring meaningful insights to each vintage and its featured place in the tasting menu. Champagne highlights include Esprit Nature NV; Hommage, NV; Argonne, 2011; and Code Noir, NV, amongst others.

Test Kitchen is serving up a double act this month with a second pop-up planned for mid-June, when chef Benjamin Cross from Bali is scheduled to take over the pop-up kitchen. Having cut his teeth at Michelin-starred restaurants in the US and Australia, Cross now mans two critically acclaimed kitchens in Indonesia as Executive Chef of Mason Restaurant and Fishbone Local. Cross’s cooking style takes cues from his travels across the world, but his dishes are fundamentally rooted in local Balinese produce, with meats and seafood kissed by the grill. Highlights include his Wagyu pastrami and house-cured salmon, tuna crudo with salmoriglio, and the succulent chargrilled prawns cooked over binchotan served with burnt cabbage and tom yum butter. For mains, guests can look forward to his Southern fried quail with pickled palm heart and burnt lime and the black cod with chilli paste and lime leaves, before wrapping up on a sweet note with the salted caramel tart paired with crème Normande.

Price: Starting from MOP438+ per guest for lunch and MOP988+ for dinner; book here

The next instalment of the Michelin Guide Hong Kong Macau Dining Series sees chef Eric Räty of Arbor teaming up with chef Helder Amaral of Aurora at Altira Macau for a unique multi-hands collaboration. Following last month’s successful series kick-off at Yí at Morpheus, gourmands and wine aficionados are invited to reconvene once again in Macau, where Amaral and Räty are set to make waves with a series of cross-collaborative lunch and dinner menus occurring over two days from 28–29 June. The menus will showcase Helder’s French-inspired Mediterranean flavours alongside Räty’s innovative Japanese-French dishes, presenting a rich degustation headlined by standouts such as Aurora’s carabiñero prawn ravioli and Arbor’s seafood specialties from abalone to langoustine. Menus will be paired with Robert Parker-rated wines with a minimum of 90 points each as curated by Aurora’s head sommelier.

Aurora, 10/F, Altira Macau, Avenida de Kwong Tung, Macau, +853 2886 8868
Dining Restaurants Hong Kong Restaurants Hong Kong Dining dining pop-ups guest chefs guest chef menus pop-up menus
Leslie Yeh
Editor in Chief
Having worked as a lifestyle editor for almost 10 years, Leslie is thrilled to be writing about the topic she loves most: wining and dining. When she's not out pounding the pavement for the latest new restaurant opening or tracking food trends, Leslie can be found at home whipping up a plate of rigatoni vodka and binge-watching Netflix with a glass of Sauvignon Blanc in hand.
Dining Restaurants Food Trends Drinks Travel