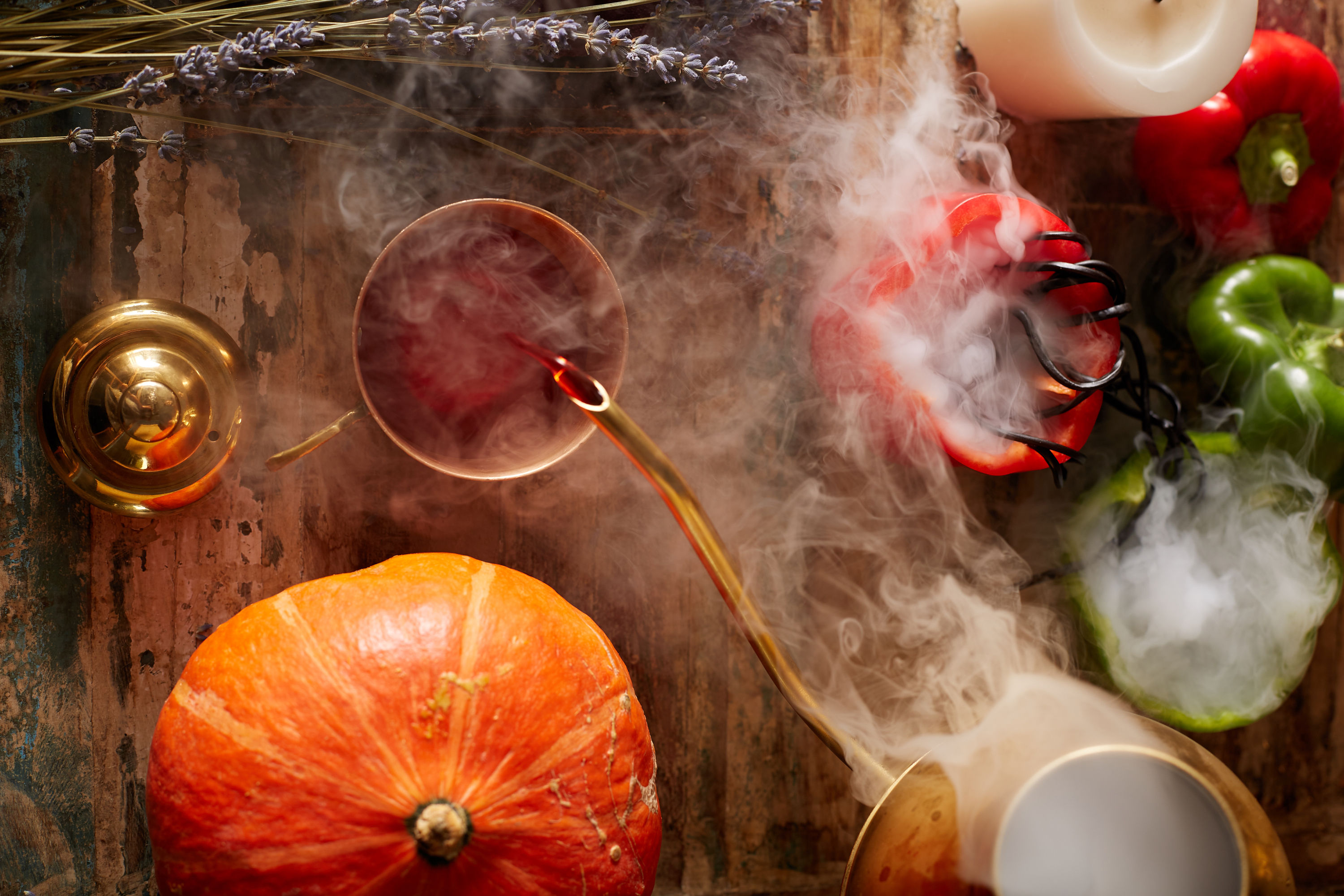 8 places to eat and drink this Halloween

Trick or treat? If you’re anything like us, you definitely prefer the treats. Halloween is only a week away, and although we’ve already told you about this year’s best Halloween parties, we realised there’s plenty to enjoy this upcoming weekend that has nothing to do with clubs or costumes. Whether you’re looking for sweet treats or a bloody brunch, here’s where to eat and drink this Halloween weekend. 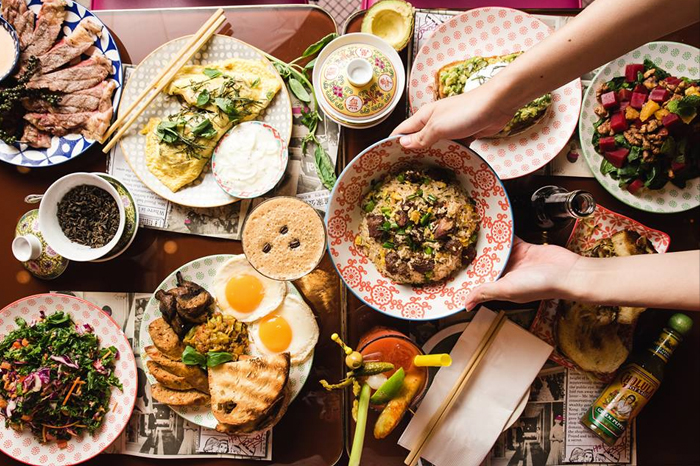 If you have too much fun Friday night, cure your Halloween hangover at Mrs. Pound with their Bloody Brunch on Saturday. Features a free-flow, do-it-yourself Bloody Mary bar and a selection of tasty culinary treats, it’ll get you energised again for party-hopping throughout Halloween weekend. What happens at The Fiasco stays at The Fiasco. That’s the rule of this raucous ‘long lunch’/afternoon party (HK$750 per person) featuring live music and multiple courses of Carbone’s signature dishes, such as steak Diane and spicy vodka rigatoni (free-flow drink packages available for an additional price). This edition of The Fiasco is Halloween-themed, so don’t show up unless you’re wearing your best costume. Email TheFiasco@carbone.com.hk to get a spot on the list. 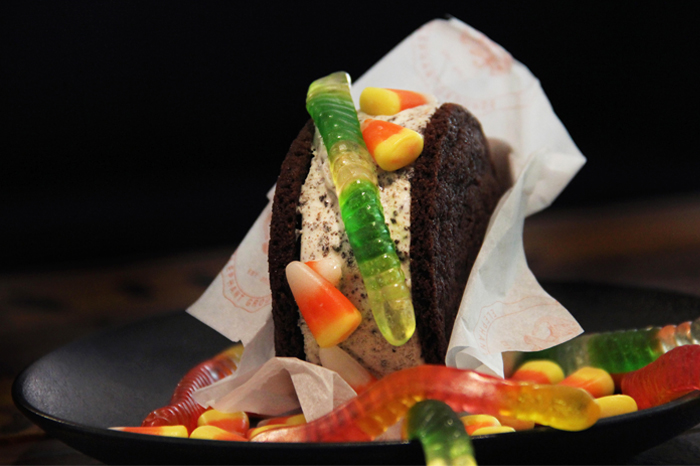 This Halloween, Elephant Grounds will be attracting mischievous creatures big and small with this special Gremlin Greed ice cream sandwich (HK$68). Made with Oreo ice cream, two pieces of chocolate cookies topped with candy corn and gummy worms, this colourful, tasty treat is too wicked to miss. 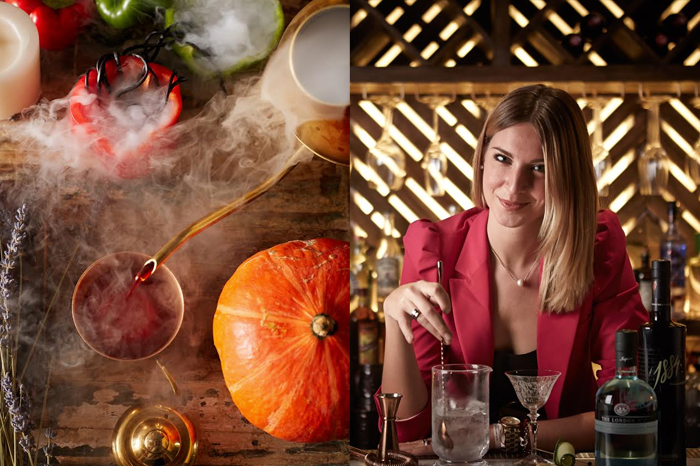 Take a magic carpet ride with The Optimist as bar manager Isabella Vannoni presents the Arabian Nights cocktail (HK$120) inspired by Aladdin, her favourite childhood film. The blood-red cocktail will be served from a smoking ‘magic lamp’ and features Yzaguirre red vermouth, the aroma of burnt rosemary, peppered syrup, lemon juice, and a dash of hot tabasco – available to order from 24 October 2016. 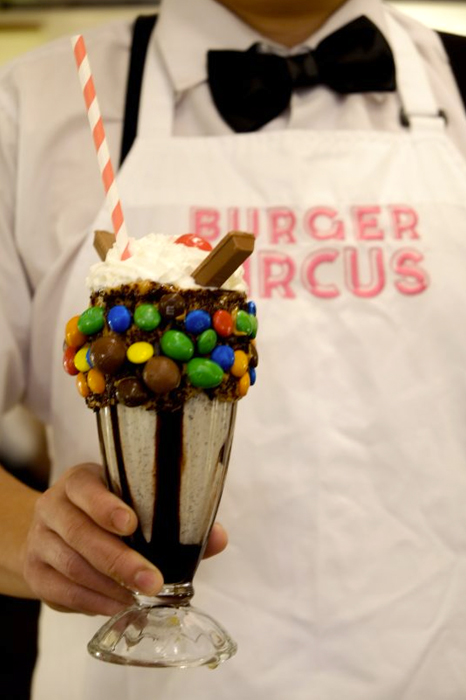 For serious Halloween revellers, Burger Circus will be doing you a service by staying open late Friday and Saturday nights, so you can recover from the night with your favourite diner foods until 6am. On Halloween itself, the Circus Jerks will be whipping up milkshakes made with house-churned vanilla ice cream, candy pieces, whipped cream and a lollipop to top it all off. Don’t forget to say ‘trick or treat!’ — you never know what other treats the staff may have in store. 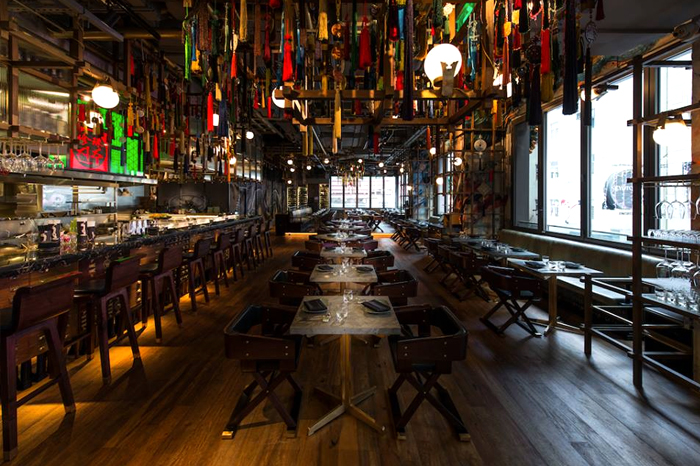 Channel your inner witch at Pirata with their Witches Brew (HK$110) cocktail, served in two glass vials chilled in a bubbling, fuming, cauldron-shaped glass container. The recipe? A few drops of gingerbread syrup, a shot of Wild Turkey whiskey, a splash of Yzaguirre red vermouth and two dashes of orange bitters, making for a potion like none other. 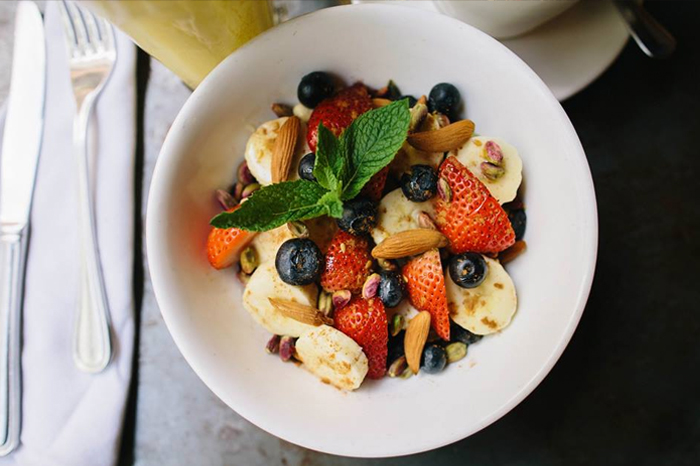 We have’t forgot about the little ones – after all, children should be the ones having the most fun on Halloween, which is why Linguini Fini is treating every child who turns up in costumes during brunch on 29 and 30 October 2016 with a complimentary meal and free candies. Don’t worry, parents, you’ll get to enjoy free-flow Peroni and prosecco on those days.