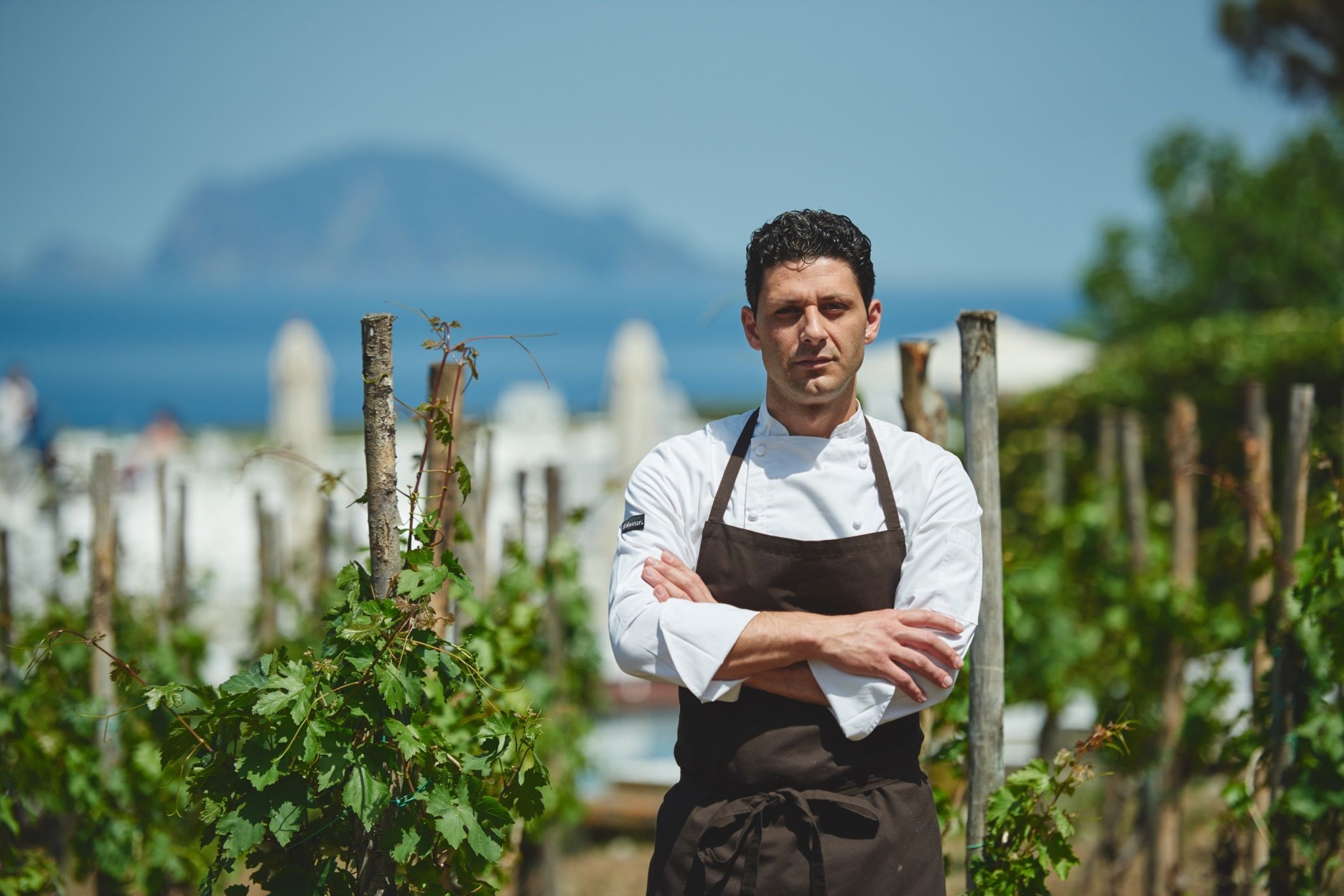 9 dining pop-ups not to miss in September

We’re just about to enter the busy F&B fall season — as shown by the number of new dining venues sprouting up around town — with many restaurants rushing to debut before the end of the year. While you’ll no doubt be busy checking out all the new openings this month, you’ll also want to save some room in your culinary calendars to savour the limited-edition menus from visiting guest chefs and exclusive promotions happening around town. From an unprecedented “six hands” dinner with three world-class chefs to menus transporting us to Italy, Ireland, Switzerland and Taiwan — there are countless options for satisfying your hunger cravings this month. Here, we’ve picked out the top 9 culinary pop-up events that should be on your radar this month. One-upping Amber’s regular Four Hands dinners at the Landmark Mandarin, this month sees chef Richard Ekkebus inviting two world-class chefs to collaborate on a Six Hands dinner, with 12 courses prepared by the three culinary giants. Promising to be one of the most anticipated gastronomic collaborations of the year, Ekkebus will be joined by chef Zaiyu Hasegawa of Den (no. 11 on Asia’s 50 Best Restaurants 2017) and chef Hiroyasu Kawate of Florilège (no. 14 on Asia’s 50 Best Restaurants 2017) for an epic multi-course degustation showcasing the best of French and Japanese cuisines. With all three masters at blending French ingredients with the visual presentation and artistic sensibilities of Japanese cuisine, the unprecedented event is sure to reveal some of the top cooking we’ve seen this year. The menu is also available as a wine pairing with special labels chosen by head sommelier John Chan. 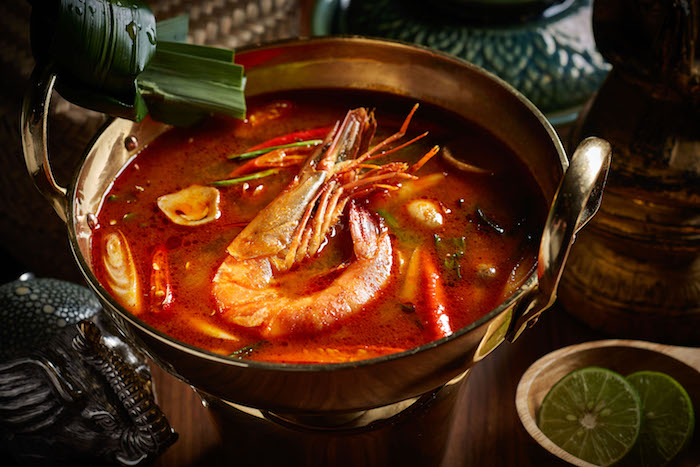 JIA Group‘s creative late night supper club concept kicks off this month with chef Josh Hartland from Mak Mak whipping up a Southeast Asian-inspired menu of curries, tom yum soup and slow-cooked beef ribs. The bold and spicy menu promises to be a memorable start to a season of creative, off-menu dinners from the homegrown F&B group, with each chef from their stable of world-class restaurants given the brief to “go off menu” for one night only. Those who frequent Mak Mak will want to get their bookings in quick for the chance to sample limited edition dishes including kingfish with nahm jim, kaffir lime leaf and chilli; hot and sour tom yum soup boosted with lemongrass and sawtooth coriander; roast crispy pork belly with chilli jam; and fork-tender coconut braised beef amped up with spicy Thai chillies.

More information on The Pass can be found here. 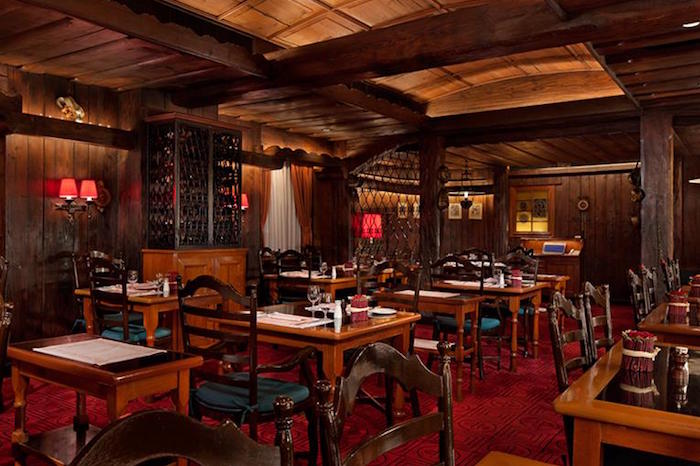 For a hearty taste of Swiss cuisine this fall, head to Chesa at The Peninsula, which will be partnering with one of Switzerland’s most famous, celeb-studded hotels to offer a dining experience transporting guests straight to the Swiss Alps. For three days only from 27–29 September, the team from restaurant Chesa Veglia in the iconic Badrutt’s Palace Hotel in St. Moritz will be bringing to Hong Kong some of Switzerland’s finest cuisine.

A Taste of Ireland at The Steak House Wine Bar + Grill 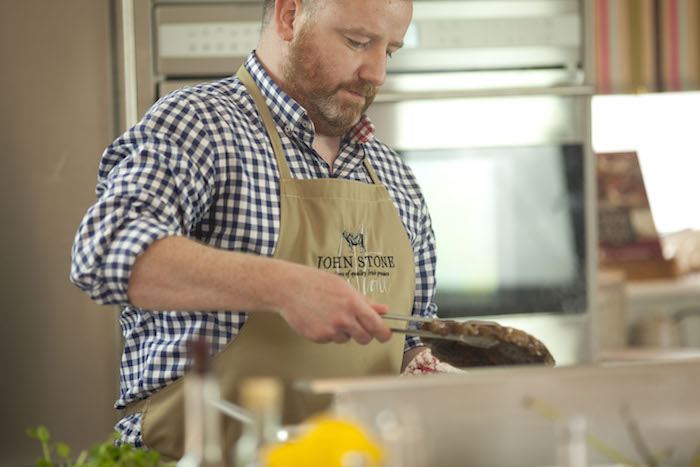 Meanwhile, over at InterContinental Hong Kong, the scene shifts to Ireland as The Steak House Winebar + Grill welcomes a meat feast featuring John Stone Irish dry-aged beef straight from the Emerald Isle. Known for being dry-aged on the bone which adds to the depth of flavour, John Stone beef is the peak of Ireland’s premium beef market, where 60,000 beef farms scattered around the country result in a region more crowded with cows than people. In this pasture-rich region, all the cattle are grass-fed, resulting in beef that’s lower in fat and cholesterol and higher in Omega 3 and Omega 6 vitamins.

Being featured at the ever-popular steakhouse at the InterCon, the John Stone beef will feature in cuts of prime rib (HK$1,680 for 32oz), tenderloin (HK$758 for 8oz) and ribeye (HK$958 for 14oz), paired with delicious Lyonnaise potatoes and French green beans. For starters, guests can also dine on fresh Irish oysters (HK$428 per half dozen), organic salmon and farm-fresh cheese, while dinner wraps up with a special ice cream dessert made with Killowen farm yogurt. The taste of Ireland is available throughout the months of September and October. 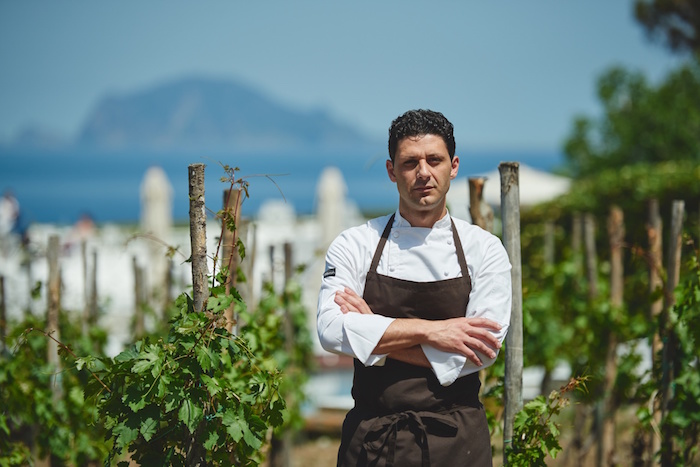 Italian food lovers should make a beeline for The Ritz-Carlton Hong Kong’s Tosca this month to savour chef Pino Lavarra’s tour across Italy, a wine and dine extravaganza bringing together top wineries and Michelin-starred chefs from four key regions: Puglia, Campania, Sicily and Lombardy. The all-Italian menu is inspired by Giro D’Italia, the annual three-week-long bicycle race across Italy — but instead of cyclists, the event is powered by four chefs in their pristine white toques, cooking up the treasured regional cuisines of Italy. All dishes will be paired by premium wines from four notable wineries across the corresponding regions — all handpicked by chef Lavarra himself. 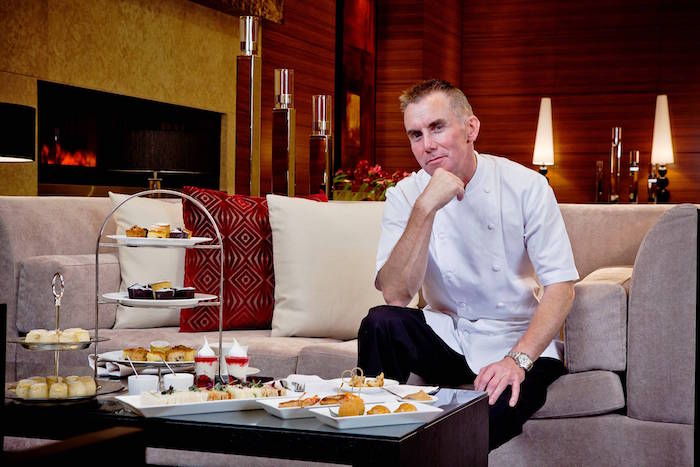 A household name across the UK, celebrity chef Gary Rhodes has built a name for himself both on-screen and off, picking up six Michelin stars in his career, running four restaurants, and starring on shows such as MasterChef and Hell’s Kitchen — all while sporting his signature spiky haircut. This month, the star chef is settling in at The Park Lane Hong Kong for a five-day residency to showcase some of his signature dishes in an exclusive 3-course lunch menu and 8-course dinner menu. The signature British menu includes dishes such as veal sweetbreads and crayfish tails with lemon veal sauce, roasted black cod with butternut squash in a Sauternes curry sauce, and dry-aged beef with potato and globe artichoke. 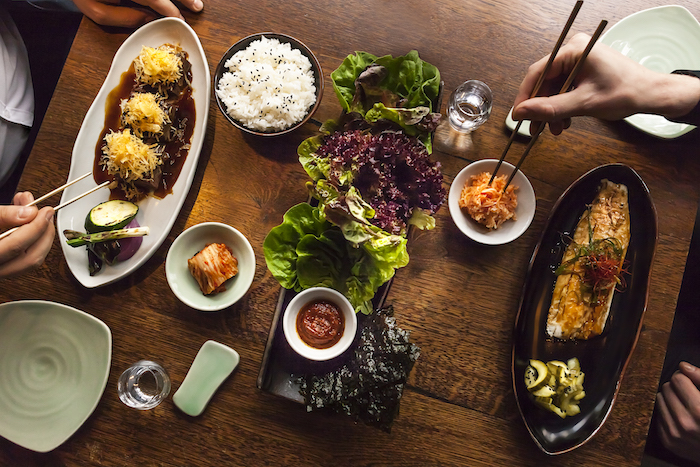 Two Korean superstars are set to cook up a culinary storm at Jinjuu, which relaunches this month following a renovation with celebrity chef owner Judy Joo back in town through mid-September. From 6–7 September, chef Joo will collaborate with Mina Park of modern Korean kitchen Sook to present a collaborative six-course Modern Korean menu, with dishes ranging from savoury meat dumplings with truffle and mixed mushroom to Korean-style cold buckwheat noodles paired with seared Aussie beef tenderloin. The exciting collaboration between two female powerhouses should draw the attention of Hong Kong’s Korean food-obsessed crowds, with 10% of proceeds from the night going towards the Mother’s Choice charity. Skip the flight to Taipei this month and head straight for The Lounge at Four Seasons, Hong Kong, where Taiwanese chef Lam Ming Kin is scheduled to dish up the best of the island nation’s cuisine from 19–23 September. A rising star in Taiwan’s culinary scene, chef Kin runs the kitchens at Chou Chou and Longtail, both modern French restaurants incorporating elements of Asian cuisine and local Taiwan flavours. Signature dishes from both restaurants will be available at The Lounge for four days only; we’re looking forward to the abalone with “three cup” sauce and Taiwanese basil pesto, and the whole roasted duck with spiced orange glaze, turnip and thyme. 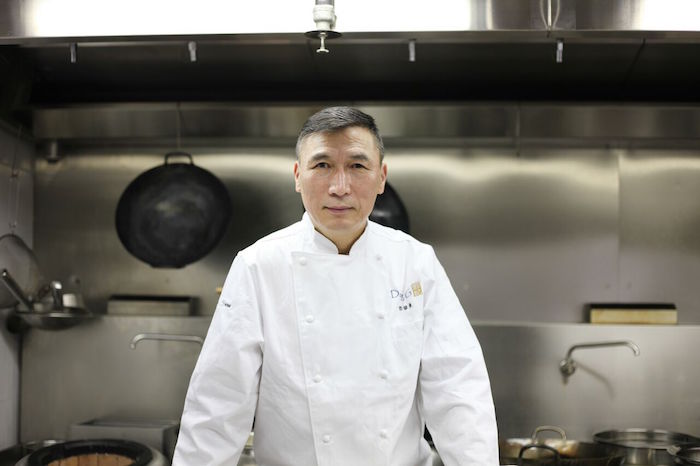 Sichuan food is often misconstrued as being purely about the spice, but Deng G‘s chef Deng Huadong is here to set the record straight. In a collaborative dinner with Slow Food Hong Kong, chef Huadong will introduce and demonstrate the subtleties of Sichuan flavours, presenting a menu that flows through some of the region’s most popular dishes including spiced pork with garlic and chilli, shredded chicken with sesame, braised sliced Mandarin fish in red chilli soup, and two-cooked Chengdu-style pork. Each dish will be accompanied by an introduction from chef Huadong, and while you can still expect the roof of your mouth to be ablaze by the end of the meal, you’ll undoubtedly leave with a better appreciation of the different layers and subtleties of the cuisine — a good talking point at your next Sichuan hot pot dinner with friends.