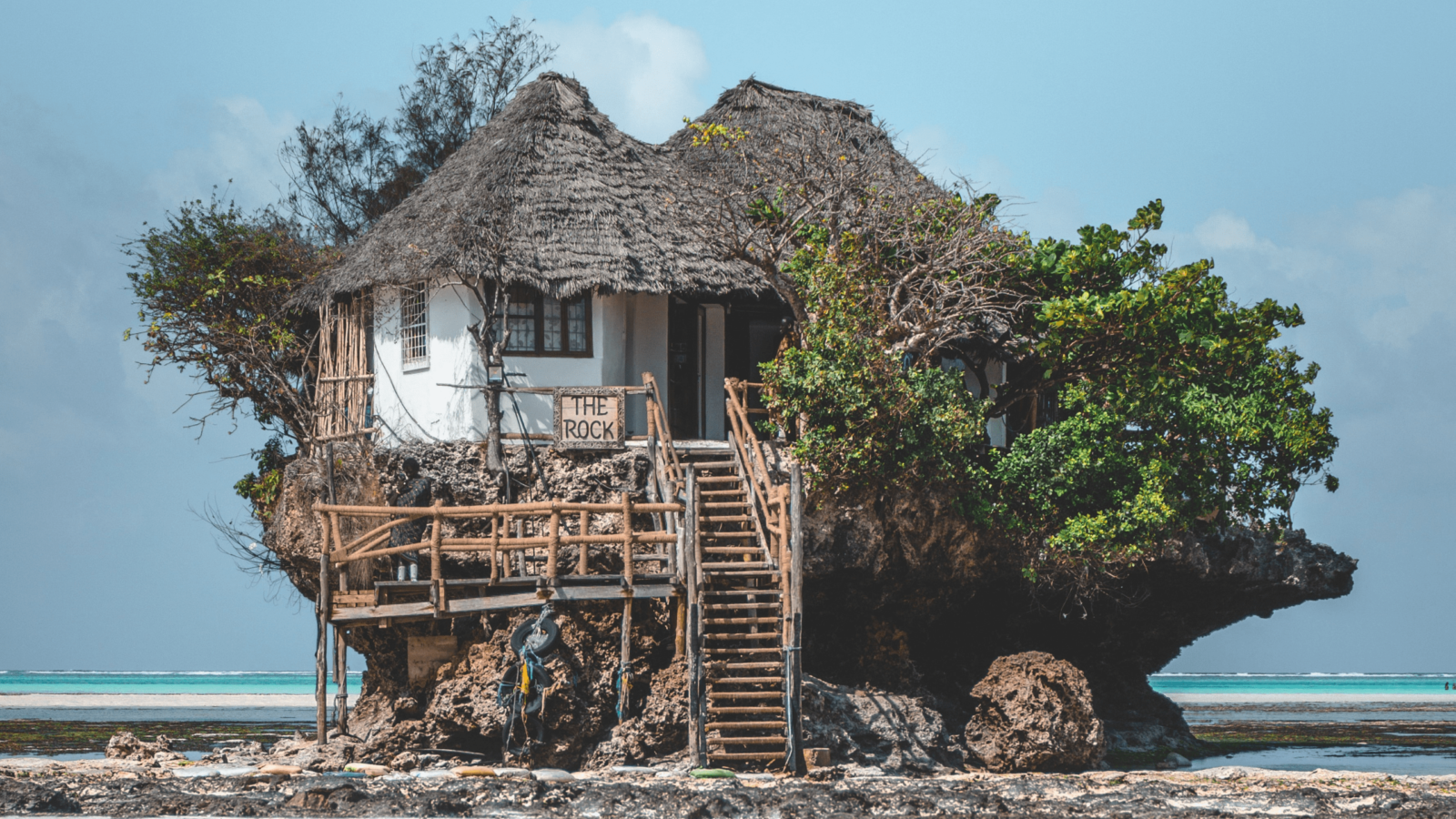 The most amazing remote restaurants hidden around world

How far can you literally travel to get a delicious plate of food and a sip of your favourite drink? There are amazing, remote restaurants hidden in the corners of the world for travellers who have that edge to expand their gastronomic almanac. From deep inside islands to one of the highest altitudes on Earth, we have these outstanding dining establishments waiting to be experienced by you.

KOKS has been billed “the world’s most remote foodie destination” by the New Yorker and was also named as one of Time‘s Great Places 2018. Like the Faroe islands in the North Atlantic between Iceland and Scotland, reaching KOKS is not easy either. It is located in the northwest of Tórshavn, in a picturesque river valley next to the Leynavatn lake. Vehicles have to traverse a thin strip of the black volcanic sand path and rocky terrain to reach an 18th-century Faroese building that houses the restaurant.

A gastronome’s heaven, KOKS has two Michelin stars and is considered one of the finest restaurants in the Nordic region. There is a 17- to 22-course menu specialising in local delicacies, many of them made with seafood. Expect delicious mahogany clams, oysters, lobster, scallops, cod chips and crab with leeks among others. There is also the skerpikjøt (wind-dried mutton) which is the staple dish of the restaurant. Do check their wine list — it is extensive and variety of wines from all around the world.

A key feature of KOKS is that it sources most of its products locally from the waters around the island. What cannot be obtained here is imported only from the nearby Nordic countries.

This unique restaurant is located on the island of Tierra del Fuego at the southern tip of Argentina on the Beagle Channel, which forms the country’s border with Chile. You can enjoy the amazing view of the channel while having a scrumptious meal here, including seafood such as crab, mussels, octopus and trout. The menu is small and all produce is locally sourced.

The restaurant can accommodate only around 20 people, so do make a reservation in advance. La Mesita de Almanza is worth a trip as many visitors have rated the food, service and overall atmosphere very highly.

You can reach this restaurant by the road connecting the city of Ushuaia and the tiny fishing village of Almanza. The route itself is scenic with breathtaking views of mountains and snow-covered peaks. The other way is to take a helicopter, which will give you an unparalleled view of the magnificent landscape. You can take a boat as well.

The Rock is an apt name for a restaurant that sits rather precariously on the top of a boulder in the sea off the coast of Unguja Island in the Zanzibar Archipelago. Though the restaurant is accessible from the Michanwi Pingwe beach by foot, you have to take a boat during high tide that turns it into an island.

Up to 20 people can be served at one time, so a reservation is necessary. The restaurant serves various international dishes but with a unique Zanzibar twist. Do try ‘The Rock Special’ — which is made with lobster, king prawns, cigal, calamari, and octopus all on the grill. You can pair your meal with a wine or cocktail and enjoy it with a spectacular view of the Indian Ocean from the terrace. In the evenings, the starry night over the African sky gives an equally calming sensation.

Whether or not you have a close encounter of the third kind, a visit to this A’Le’Inn in Rachel (population less than 100) in the middle of the ‘Extraterrestrial Highway’ in the Nevada desert is a must. In business for over 25 years, the establishment has for visitors everything from food to stories of alleged alien encounters of the locals.

Reflecting the world-famous popularity of the mysterious Area 51, which is close by, a flying saucer hangs from a crane and the sign ‘Earthlings welcome’ outside the establishment.

Guests can buy alien-themed souvenirs and even stay here in any of its five units consisting of multiple bedrooms. You can sip on ice-cold Alien Amber Ale at the bar and do try the Alien Burger with fries.

No roads (for vehicles) lead to The Old Forge pub, so the only way to reach here is either by a 29-kilometre hike or an 11-kilometre sea crossing to the village of Inverie on the Knoydart Peninsula. Listed by Guinness Book of World Records as the “remotest pub in mainland Britain”, Old Forge was originally a forge that was later converted into a pub.

Several types of red and white wines from France, Spain, Italy, Chile, Argentina, Portugal and Bulgaria are on the menu here. The Pub also serves sustainably caught fresh seafood which is sourced locally from within a seven-mile radius of Knoydart. You will enjoy the hand-dived seared Loch Nevis scallops, Loch Nevis mussels, fresh creel or crab claws among the others on the pub’s delightful menu.

As for accommodation, you can stay in the luxurious Knoydart Snugs packaged by The Old Forge. The unique location will give you unparalleled views of the Scottish Highlands. The Pub is open seasonally, so do check their website before making the journey.

Few tourists visit Lake Yogo which is bounded by a forest at the northeast of Lake Biwa in Shiga Prefecture. But locals make a trip to this place for this small family-run inn, which serves only 15 people in a day, at the corner of the lake. The reason is to sample a dish that is prepared by an ancient method of fish preservation known as narezushi.

One of the last practitioners of narezushi, chef Hiroaki Tokuyama ensures that the extremely pungent aroma of the preserved fish, aged over a year, is offset with rich umami. Sliced thin and served on a bed of rice, narezushi at Tokuyamazushi is renowned for its mild and bright flavour.

For visitors, the view of the pristine lake adds to the enchanting aura of the bucolic Japanese village where the inn is located. Tokuyamazushi has only two bedrooms and to get a reservation you have to be either lucky or just keep trying till you get one. To reach this inn, you can take a shuttle service from the Yogo Station.

One of the most beautiful places in New Zealand is the sea-drowned valley of the Marlborough Sounds. Among the numerous channels that form the sounds is the Endeavour Inlet, at the head of which is the Furneaux Lodge.

Being in a very remote location, Furneaux Lodge can be accessed in only three ways: by helicopter from major cities such as Wellington and Christchurch, boat from the main port of Picton, or hiking the Queen Charlotte Track. But once you reach this place, you will be immediately captivated by the sight of the verdant forest that serves as the perfect backdrop to the colonial-style homestead which houses the restaurant and bar. Across the lawns of the establishment, the inlet makes for an equally alluring view. No wonder this place is also a picturesque wedding destination.

At the Furneaux restaurant, you can enjoy delicious seafood besides steaks and gourmet burgers. Do try the local wine, which is made from the grapes grown in the famous vineyards of Marlborough. After a fulfilling dinner, give your body a rest in any of Furneaux’s suites or cottages.

Antarctica is as remote as the definition of remote can be. A vast continent of ice and rock, temperatures can be +10 °C in summer and less than −40 °C in winter at the coast alone. It gets colder and colder the further one goes inland. And located here is the Faraday Bar — popularly known as the “world’s southernmost bar.”

Part of the Vernadsky Research Base located at Marina Point on Galindez Island of Argentine Islands at the coast, the bar is famous for its vodka that is distilled on-site by the scientists stationed at the base. Over the years, it has become a joyful place in the desolate landscape for both the researchers and the tourists who land here on board Antarctic cruises. The bar itself looks like an English-style pub with Ukrainian characteristics. There are simple means of entertainment, such as dartboard, pool table and board games.

The distillers and bartenders can be anyone among the researchers and the other support staff stationed at Vernadsky. How do they make the vodka, you ask? Using almond and honey-infused glacier water. So the taste of this smooth drink, which has 40 percent alcohol, is sweet.

Tourists here can visit the base as well as the defunct but restored Wordie House, which once served as the original building for the station. At the base, tourists can see what the scientists are working on, their equipment and how they live. Penguins roam around the station and make for one of the most fantastic wildlife sights. You can also buy a souvenir from the tiny memento shop next to the bar.

In a 2020 report, the BBC called this Irish Pub as “possibly the highest, and surely remotest, Irish bar in the world.” The distinction is of course a major claim to fame for the pub which was opened in 2011 by its owner Dawa Sherpa.

It sits at an altitude of 3,450 metres above sea level in Namche Bazar, which is a small town en route to Mount Everest. There are no roads to the town and the pub gets its visitors (and supplies) by a two-day trek from Lukla, which is itself known as “the world’s scariest airport” because of its precarious runway. Visitors here include people on their way to scale Everest making the joint a meeting place for travellers from all over the world.

Being an Irish bar, Guinness is surely on the drinks menu. But you can also grab a yak burger and don’t forget to pick up a ‘highest Irish Bar’ T-shirt as a memento.

No Scum Allowed Saloon, US

Doesn’t the name of this saloon hilariously sound like someone is spitting a warning in one of those Westerns? Fitting one, especially when you realise it is located in White Oaks, New Mexico, a 19th-century town that once attracted all kinds of people — from outlaws to gold-diggers — during the gold rush but is a ghost town today.

Well, it’s more of a watering hole than a full-fledged restaurant. Housed in a red-brick 1884 building, the exterior of No Scum Allowed Saloon gives the impression of a run-down establishment. Yet, that’s exactly what makes it unique. Owned by Karen Haughness, who is the first woman in its history to manage it, the place is cosy and well-maintained on the inside.

If you are here on special occasions such as Halloween or White Oaks Days, you get to witness cultural events like costume party and motorcycle rally. Being the only bar for kilometres around, it is the beer, wine or cocktail that people enjoy as they dance to live music by roadhouse bands. If you are brave enough, try the signature Snake Bite drink, a secret mixture of various liquors.