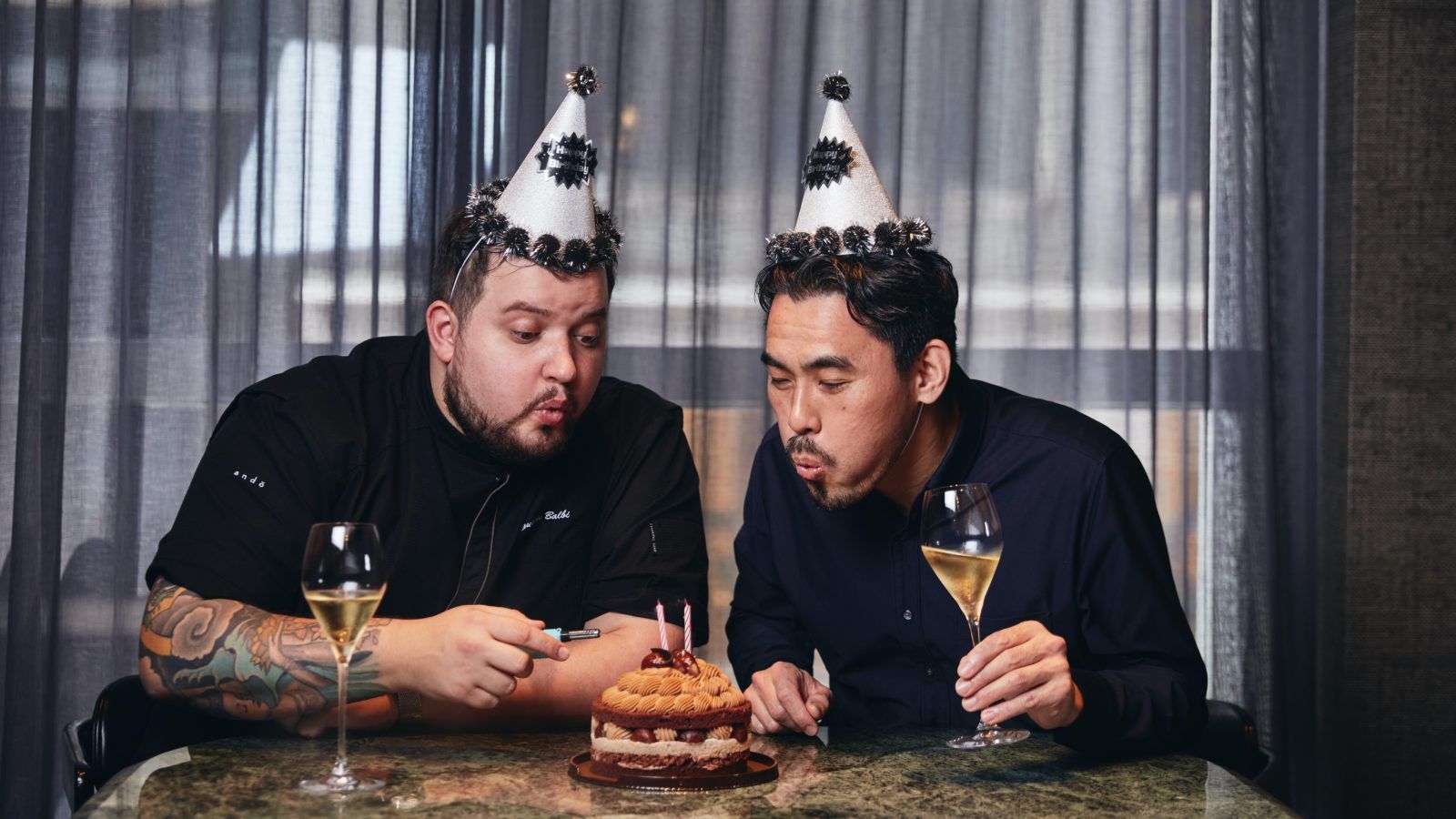 For one night only, Japanese-French destination Ta Vie joins Spanish-Japanese Andō for a glitzy, Michelin-starred evening of decadent food.

In a July that’s seemingly looking like pre-Covid normalcy — not entirely though: face masks, hotel quarantine and RAT testing still firmly in place — the arrival of summer is marked by a fluttering of celebratory events and collaborations from the restaurant scene. One for this week to know about: one Michelin star Spanish-Japanese restaurant, Andō, is joined by two-Star French-Japanese establishment, Ta Vie, for a one-night collaborative dinner on 7 July, aka this Thursday.

An event that’s indicative of two celebration-worthy milestones — one being Andō’s second anniversary and the other, a coincidental match-up to Ta Vie’s chef Hideaki Sato’s birthday month — it’s also an exclusive showcase of fantastic cooking from both reputed names. Agustin Balbi, continues to reinterpret his own lola‘s homemade Latin dishes in creatively captivating plates, while chef Hideaki Sato’s keeps to a straightforward culinary philosophy of “pure, simple and seasonal”; values also reflected in his delicate Asian-inspired French dishes at the own Pottinger Hotel venue.

“I have always been a fan of Sato San’s approach towards cooking,” Balbi shares. “The discipline and determination with which he works to produce a single dish is admirable and is a testament to his respect for ingredients.” As Sato also adds, “Chef Agustin and I have a very high level of culinary synergy because our values are so aligned. I have huge admiration for this style of cooking at Andō and this collaboration has been in the works for a long time.”

Andō x Ta Vie’s 2nd Anniversary collaboration dinner is available for one night only on 7 July. Reservations can be made here.

Hong Kong Ta Vie Hideaki Sato agustin balbi andō
Lorria Sahmet
Editor
After two years writing in luxury retail, Lorria now covers food and drink happenings in Hong Kong. When not taste-testing for the best fries in the city (shoestring, always!), find her at home obsessing over tableware and attempting a fruit garden on her tiny bay window. She is happiest by the ocean with a giant fishbowl-glass of Aperol Spritz.
Food Drinks Culture Living Hong Kong
Sign up for our newsletters to have the latest stories delivered straight to your inbox every week.