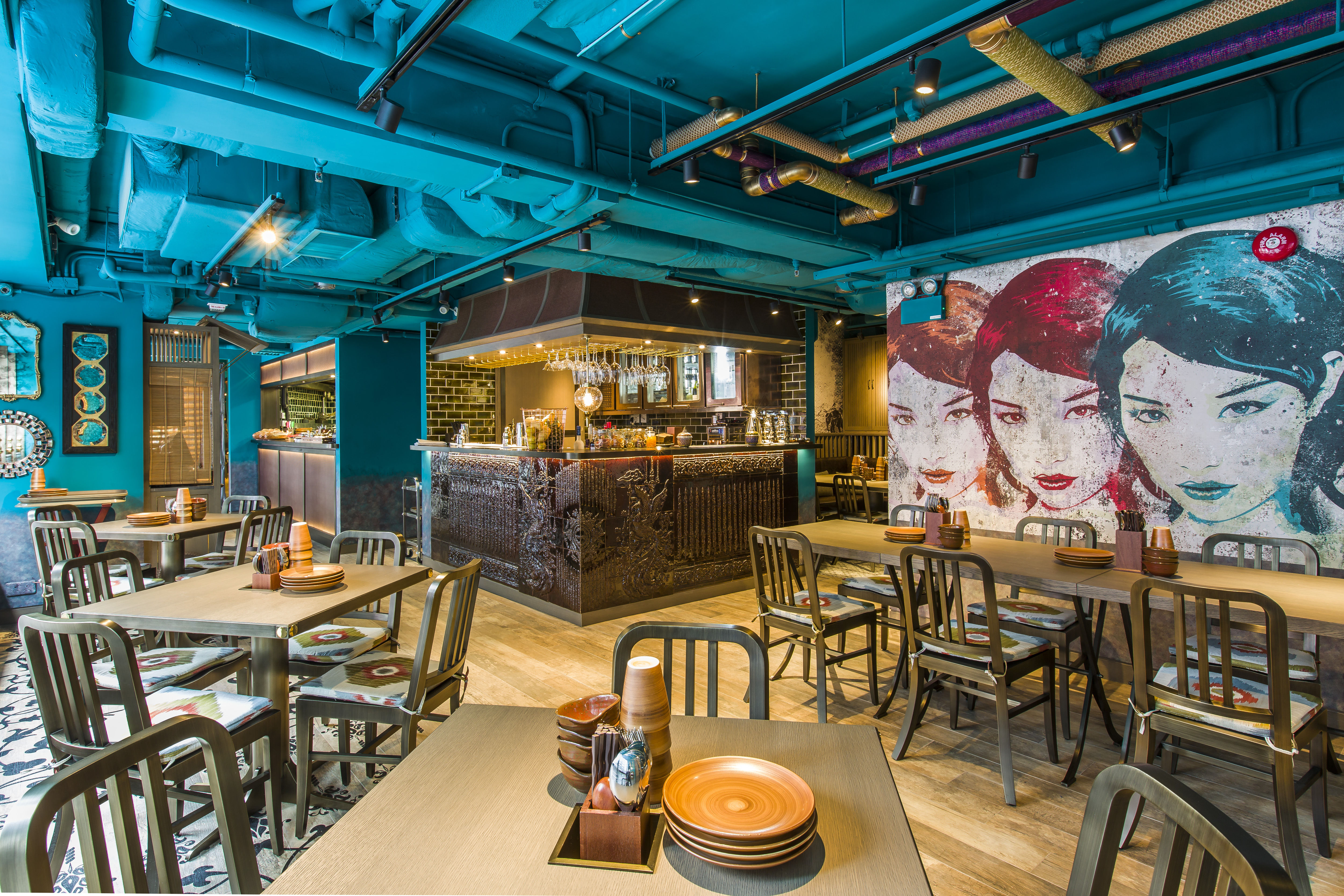 At My Tai Tai, a fresh approach to Thai cuisine

Food & Drink
At My Tai Tai, a fresh approach to Thai cuisine
Share this article
Next article

Tucked away on the second floor of 8 Lyndhurst Terrace — one floor below and yet worlds away from recently opened Ee Da Le — is My Tai Tai, the brainchild of none other than Harlan Goldstein, the busybody chef-entrepreneur for whom this project is the realisation of an idea he first had 12 years ago. Inspired by a fictional Thai woman who loves adventure and food — her name is Baw and her visage stares out at diners from the front of the menu and various walls in the restaurant — this newcomer is not several things: it’s not serving regional Thai cuisine, it’s not traditional and it’s not fine dining.

Rather, My Tai Tai is an upscale casual restaurant putting modern touches on the very best Thai recipes from various regions and then serving them in a sophisticated, but not stuffy, environment. What’s more, the vast majority of the staff are themselves Thai, lending a level of authenticity that isn’t always easy to find elsewhere. It is also an indicator of what to expect from 8 Lyndhurst Terrace as a whole, which is positioned to be a place where four radically different restaurants peacefully coexist without contaminating each other.

Overseeing the kitchen is executive chef Amphon Phoomphookieo, whose career in Hong Kong dates back to 1993 and includes stints at Aberdeen Marina Club (working for Goldstein), popular Thai restaurant The Balcony, working again with Harlan at H One and then overseeing Thai cuisine at Hotel Icon. In his new role, he is working with a 100% Thai kitchen staff, working with recipes he’s honed over the years and giving them some contemporary flair under Goldstein’s guidance. (See the full dinner menu here.)

Happily, this is a place where you can enjoy your favourite Thai dishes. Chicken satay is on the menu, and so is papaya salad. You can have pad Thai, fried rice with shrimp paste, grilled pork neck, seven different curries, and much more. You can even sip Thai ice tea here, and you can do it in a colourful setting that evokes traditional Thai designs without feeling like a cultural theme park.

But what’s arguably more exciting here are the little flourishes in presentation or surprising choice of ingredients that prevent this from feeling like Thai that you’re used to. To wit, the peanut sauce served with the chicken satay comes in a tiny mason jar, not something you’ll find on the streets of Bangkok. Meanwhile, the Panang curry includes luscious wagyu beef brisket, meltingly tender and a perfect match for this bowl of spice, especially when paired with chewy, dark purple riceberry rice from Thailand.

Of course, you’ll want something to drink with all of this. If you’re accustomed to having a cold beer with your street food, you’ll be happy with Singha and Leo here, but My Tai Tai also has a nice selection of Thai-inspired cocktails. One standout is the ‘Hey What’s Your Name?’ which blends rum with a lime cordial, citrus and grapefruit oils; it’s garnished with a kaffir lime leaf and it smells and tastes like Thailand in a glass. In addition, there’s a short but smartly selected list of wines (Riesling, Shiraz, Pinot Noir) that is designed to perfectly match the cuisine.

Hong Kong has no shortage of Thai restaurants, so you might be wondering if another one is necessary, but with its menu of Thailand’s greatest hits, colourful vibe and reasonable prices, you’re likely to find yourself saying “Sawatdee ka” to My Tai Tai soon.

This article is presented by ZS Hospitality Group.

Dining Restaurants Harlan Goldstein Thai Thai cuisine My Tai Tai
Michael Alan Connelly
Head of Digital Content
A Chicagoan by birth and a New Yorker by habit, Michael has more than a decade of experience in digital publishing at leading titles in the U.S. and Asia. When he's not checking out Hong Kong's newest restaurants and bars or jet setting around the globe, you'll find him hanging out with his dog Buster and enjoying an Aperol Spritz.
Travel Hotels Restaurants Cocktails Culture Italy Art Music Cheese
Sign up for our newsletters to have the latest stories delivered straight to your inbox every week.