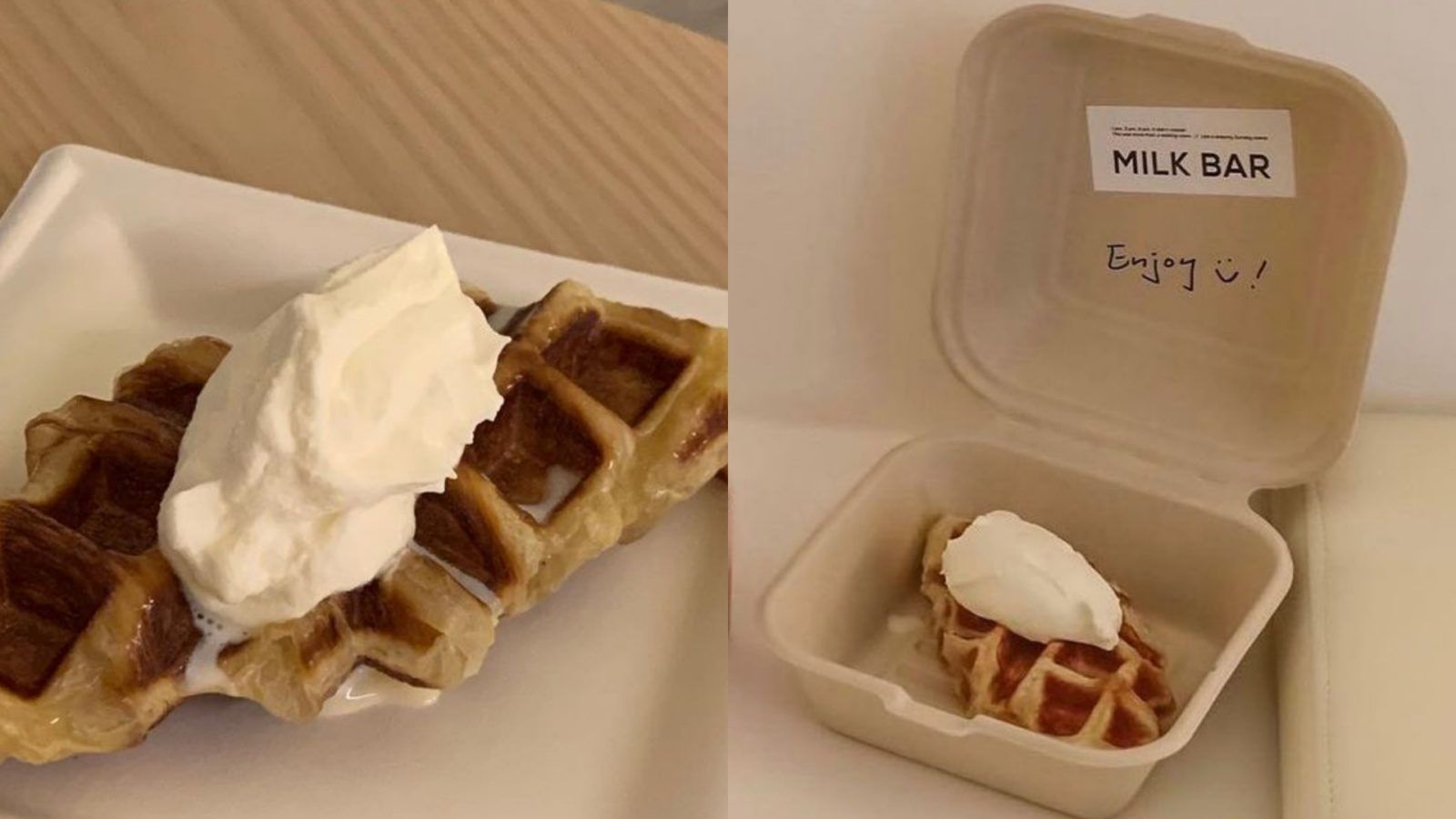 Best Bites is a roundup of the outstanding dishes we had within the last week: Those which renewed our love for established venues; caught our attention at a new opening; or freshly impressed upon us the creativity and skill of Hong Kong’s talented chefs. From casual street snacks to meticulously prepared tasting menus, these are the best dishes to try in Hong Kong, and the plates we’d recommend you make a special trip for.

These were the best dishes we supped on and savoured this week:

As someone who copped a banjo last week (mm goi Carousell), the things I’ve chosen to spend money on lately have gotten progressively dumber. On the eating front, intermittent fasting and general #fitfam goals have made my meal choices a little sadder, and Covid’s fifth reunion tour in Hong Kong has made everything, well, boring. It’s only right that I, a man who does nothing but treat himself, set aside time now and then for a little bit of a reward. A smarter spend. How lucky for me then that 11 Westside’s Taco King, Esdras Ochoa, set up shop a little more easterly when he opened Westside Taqueria in Lee Gardens. Taqueria’s in the name, but don’t sleep on what a good box of quesadillas and nachos can do for your mood, either. And they’re on foodpanda, so there’s your perfect cure to the post-6pm blues. — Nathan Erickson, Editor-in-Chief

A dish as simple as chicken and waffles has a surprising amount of perks: It’s breakfast, lunch and dinner rolled into one. Sweet and savoury in one harmonious bite. And it’s easy — fluffy waffles with fried chicken. What’s not to love?

Mong Kok’s Graceland cooks up a very satisfying version of the comforting combo. You’ve get the freshly griddled waffle, still crisp and crunchy on the outside, and four chicken tender strips, set over the top. It’s not the kind where you have to resourcefully ration the chicken strips in order last through the waffle, Graceland gives you four, one for each triangular segment so each bite is a sizeable forkful of waffle and chicken. The dish is as simple as can be, fried-to-order tenders that are still steaming when it arrives and — thankfully! — properly seasoned. Pour on a drizzle of the accompanying maple syrup and let it soak over the chicken tenders and into the waffle grids — a trio like no other. — Lorria Sahmet, Editor

The dish: Enchiladas de Pollo (Part of the lunch set, priced at HK$138)

You might be a big burrito person, a half-a-dozen taco fiend, or someone who gets loaded nachos as an entrée. (It’s a table side, damn it.) But your Mexican restaurant order is something you already know by heart. Mine? Enchiladas, baby. It’s a perfect food, and let me regale you with reasons why. One: You don’t eat it with your hands (too messy). Two: Soft tortillas reign supreme (again, hard taco shells: too messy). Three: It’s drenched in sauce.

Soaked through with salsa verde with drizzles of crema tightly zig-zagged over top, Chicano’s Enchiladas de Pollo were a flawless specimen. It’s the kind of bite you know took heart to prepare; the kind of bite that Hits The Spot; the kind of bite that would remind someone of their grandmother. With Brickhouse’s bygone exit and, if you’re an OG, R.I.P. El Taco Loco, Soho has been sorely missing a homey Mexican joint. Welcome to the neighbourhood, Chicano! — Joey Wong, Editor

It’s very hard to take an unflattering photo at Milk Bar, but clearly I’ve defied the odds. Please do yourself a favour and scroll through this café’s Instagram to really appreciate how pretty it is! I’ve had my eye on this eatery since it opened, and finally made a trip out to Sham Shui Po to have a look. This genius croissant-waffle hybrid was a sweet surprise — the look of a hard waffle with the soft, flaky goodness of a buttery croissant, served with a dollop of cream. I’ll be making a return, and this time I’ll be taking the perfect pic. — Sakina Abidi, Editorial Assistant

With fresh food flying off the shelves thanks to a hold up at the border, it has no doubt been good timing to have had signed on for a month’s worth of Nutrition Kitchen meals. Dropped off at my doorstep, this is my third round of signing up for the plan since having a baby back in October. The ease of it all has meant spending less time planning and cooking meals and instead prioritising having a shower (probably for the first time that day) and even catching a up on a few minutes of Netflix – rather than another episode of Peppa Pig. Opting for the ‘Flexitarian’ plan, I’ve admittedly (and expectedly) had a few meals starting to repeat until along came the Beetroot & Herbed Ricotta Croquettes. Creamy, earthy and paired with fluffy quinoa and a fresh marinara sauce, this potentially has been my favourite dish of the plan – so far! — Lexi Davey, Managing Editor

I’ve been confined to my bed (#postoperationtings) since October, so I must have missed the memo: Thai Basil has moved from the ground floor of Pacific Place up to the first, boasting a stunning new look and extended menu. The 22-year-old Northern Thai restaurant is a favourite of my family, and I’m happy to report that its signature dishes are still going strong. I stopped by just an hour before dine-in ended and ordered the red curry with deep fried tofu, a perfect comforting winter dish that pairs beautifully with roti prata and jasmine rice. — SA

best bites Westside Taqueria Nutrition Kitchen Graceland milk bar thai basil chicano
Lifestyle Asia
Here's where you can read the latest news and stories from Lifestyle Asia and our sister titles PrestigeOnline and Augustman, curated from all of our editions in Hong Kong, Singapore, Kuala Lumpur, Bangkok and India.
Luxury
Sign up for our newsletters to have the latest stories delivered straight to your inbox every week.