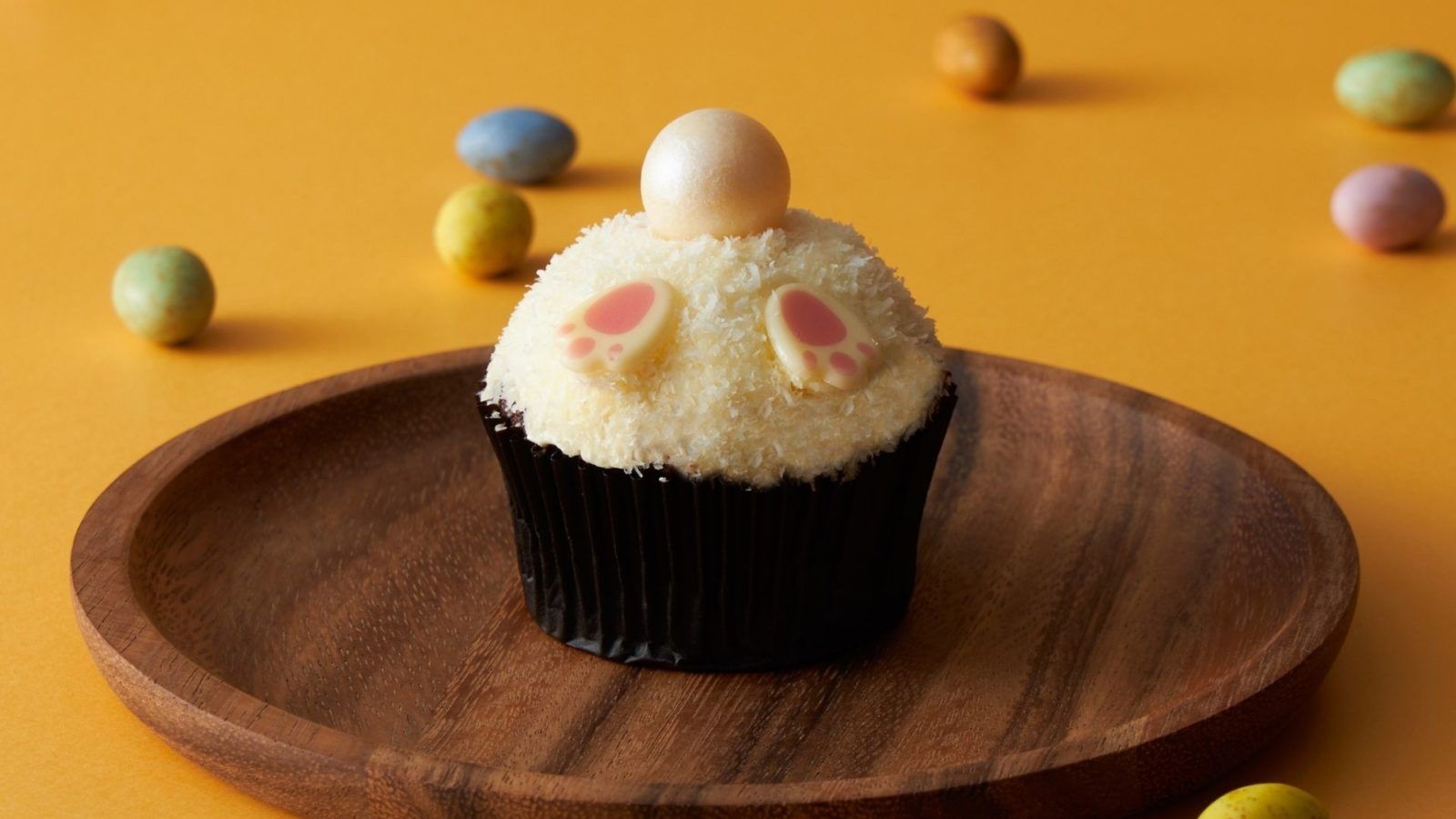 Best Bites is a roundup of the outstanding dishes we had within the last week: Those which renewed our love for established venues, caught our attention at a new opening, or freshly impressed upon us the creativity and skill of Hong Kong’s talented chefs. From casual street snacks to meticulously prepared tasting menus, these are the best dishes to try in Hong Kong, and the plates we’d recommend you make a special trip for.

The best dishes we supped on and savoured this week:

You may also like…
Food & Drink
Best Sips: 3 drinks we loved this week

I knew when I caught “Grass-fed beef tenderloin in a sea of chillies” (props to the copywriter for that mouthwatering description) on the menu, I wouldn’t be able to resist. Is this my second time this month writing about Black Sheep’s glamorous new Sichuan paradise? Yes. Will there be a third? I’m not saying no. Chef Robert Wong got me two-thirds of the way into a hat trick with this exquisite take on the traditional Sichuan boiled meat dish, with a perfectly balanced level of spice — the kind that lets you know it’s there, not take you down in front of your friends, or turn you into a viral can’t-handle-his-spice social media celebrity (@GMSMeltdown, still available on IG, by the way). A perfect main course to top off my favourite cukes, good conversation and three or four bottles of wine. — Nathan Erickson, Editor-in-Chief

There are specific teams you bat for, for reasons that, first, teeter on reason and rationale, but end up being rather arbitrary anyways. Are you an East Coast or West Coast person? Team Edward or Team Jacob? If you’ve lived in the vicinity of the Tri-state area, here’s another arbitrary This-Or-That might have been thrown your way: New York bagel, or Montreal bagel? The correct opinion, however arbitrary, is the former for all three posed questions — East Coast; Edward; New York — but it’s the last that’s really important today, class.

Because there really wasn’t a choice here in Hong Kong, when it came to the bagel genre. No Russ & Daughters in town; no place that gets that density and chew just right — until Mendel’s. A servant to the majesty of lox until the bitter, bitter end, there was no other choice for me but the hot smoked salmon everything bagel (and there are many other glorious choices; coming back for the All Chicken Matzo Ballin’ Soup (HK$75) soon). What a homecoming of a bite. The hot-smoked salmon is sandwiched between scallion cream cheese, a dill-cucumber salad and a garnishing of capers and you’ll be forgiven for thinking the fish will come out hot. (Hot smoking is just another way of preserving salmon; it ends up pink and flaky as opposed to the cold-smoked parcels you’re used to seeing in PARKnSHOP fridges.) Mazel tov! Everybody say: Thank you, Mendel’s. — Joey Wong, Editor

When it comes to seafood, Hong Kong is a city blessed with choice. Everyone has a go-to list; their must-orders before taking a once-over glance of the endlessly long menu. A few favourites of my own: crispy salt and pepper squid, garlicky steamed razor clams over vermicelli and the glorious creation that no doubt anyone who has grown up eating at Chinese banquet halls on special holidays: cheesy lobster noodles.

You can always single out a good cheesy lobster noodle firstly by its sauce, which is thick and creamy, almost soupy, and does not actually contain any real cheese at all — it’s just yet another confirmation of the magic of Kraft singles. A very good one is rich and buttery, not watered down by stock, and seeps into each and every crevice of the fresh lobster piece that’s already stir-fried for extra flavour, which you should religiously be sucking clean before scooping out a crunchy, meaty bite. The second, E-fu noodles, a flatter, thicker variation of egg noodles that is also the preferred carby base of the dish. Stellar examples will be chewy, al-dente ribbons that hold their texture even while buried underneath a heaping pile steamy “cheese” sauce — exactly what’s on offer at Mui Wo’s Shun Hing Seafood Restaurant. If you’re a CLN fan, you’ve followed — and wholly understood — each and every flavour profile I’ve recited here. If not, try it. Or don’t. That just means more for me. — Lorria Sahmet, Editor

I love and hate my birthday. Love, because I get a lot of attention supposedly (I say supposedly because I don’t actually get a lot of attention — I’m just not a very popular person), and hate, because I don’t like being reminded that I’m nearing 30 and thus can’t keep avoiding sunscreen. For my birthday this year, I wanted a nice, big cake that I could take pretty photos with, but at the same time, I didn’t want to eat said cake because — hello? — I’m on a diet. Yeah, I’m probably overcomplicating things.

So in the name of reducing food waste, and also losing weight, I told my friends I didn’t want a cake. They obliged… sort of. On the day, they showed up with a Sift cupcake — an Easter-themed one, no less.

Sift is perhaps one of the first patisseries that made cupcakes a thing in Hong Kong. Its baked products are always reliably on point, whether we’re talking about its signature Red Velvet Cupcake or its luscious Triple Chocolate Cupcake. The particular Easter-themed cupcake my friends got for me had a classic bourbon vanilla base, vanilla buttercream, the cutest bunny ears and a little heart nose. Awww. We shared it between three people and I actually didn’t feel guilty for eating something other than broccoli and chicken breast, because the cupcake had a very fluffy bite that didn’t feel heavy. In fact, it was just the right balance of spongey and moist and well, not-too-sweet — perfectly catered for my Asian taste buds. — Charmaine Ng, Editor

The place is great, it is a contemporary interpretation of cottagecore — earth-tone, woody interior with a tasteful lush of indoor plants and floor-length windows, painting the scene of a picnic in the countryside of, well, not Hong Kong (I need to hop on a plane ASAP; I don’t care where to).

As for the dish itself, pillowy, tender slices of fried brioche bread are topped with maple syrup, chantilly cream and fruits, making for a brunch classic that is so simple, yet timelessly charming. Thank God for long weekends, I wouldn’t mind doing it all over again. — Michelle Chan, Editor

After moving to a new neighbourhood, the first thing I do is, of course, to check out the local eats. Dumplings Place was my go-to lunch spot when I used to work in the area. Now that I live within walking distance, you can probably find me there buying takeout at random times throughout the day. Who doesn’t like dumplings as a mid-afternoon snack?

My favourite flavour is the cheese pork dumpling; yes, cheese can be added to anything. While keeping to traditional cooking methods, the shop offers creative fillings and does a fantastic job. The dumpling itself is slightly bigger than the store-bought kind, with a thicker dough, perfect for those who enjoy a chewy texture. You can choose between a fish maw or spicy soup base, which the menu clearly states in bold letters that neither contains MSG. With the gloomy weather these few days, I cannot wait to go back for more — maybe I’ll try the curry potatoes filling next? — Leanne Lam, Social Media Manager

Hong Kong Hong Kong Foodies best bites where to eat in hong kong hong kong dining guide
Lifestyle Asia
Here's where you can read the latest news and stories from Lifestyle Asia and our sister titles PrestigeOnline and Augustman, curated from all of our editions in Hong Kong, Singapore, Kuala Lumpur, Bangkok and India.
Luxury
Sign up for our newsletters to have the latest stories delivered straight to your inbox every week.