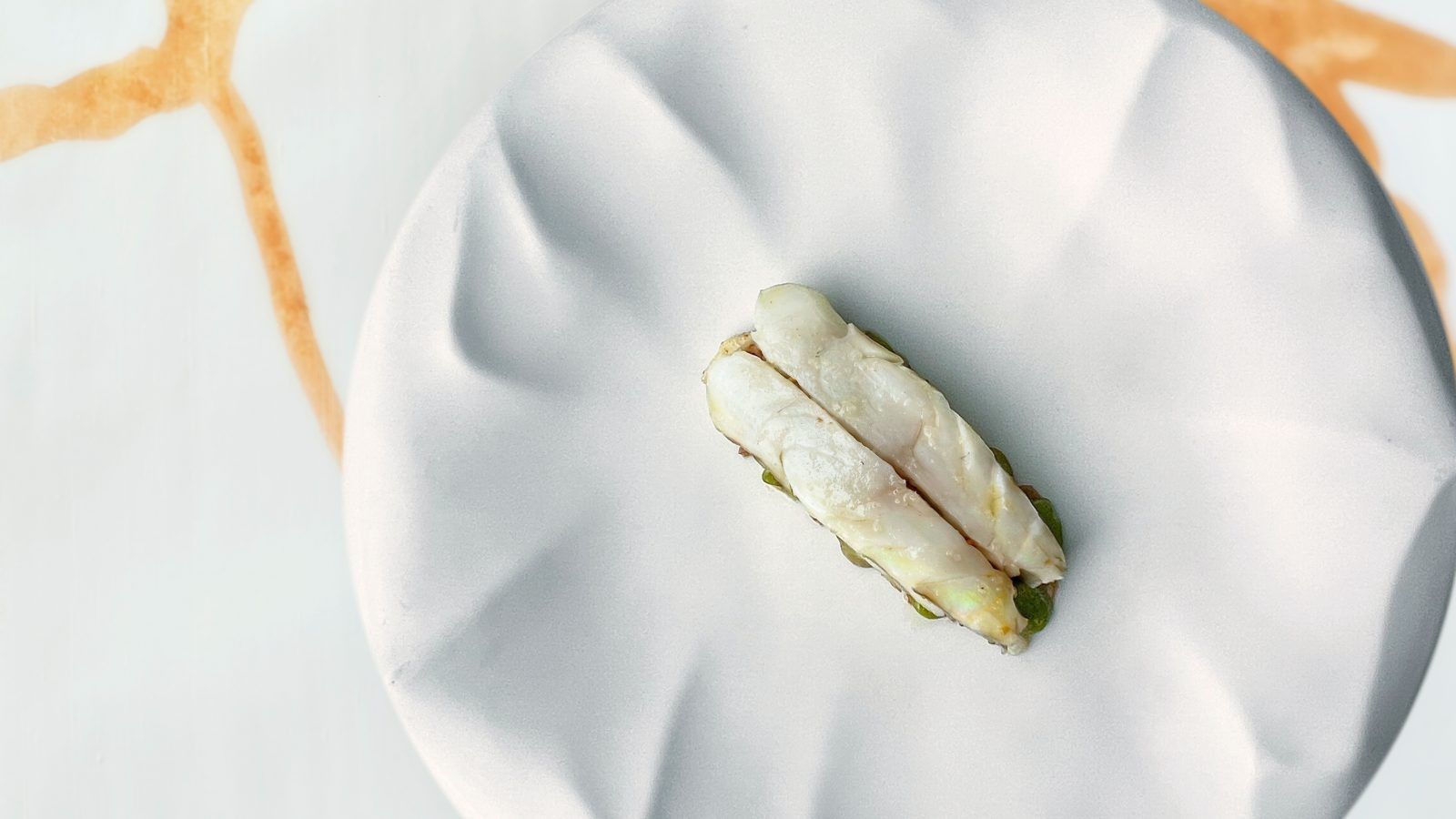 Food & Drink
Best Bites and Sips: 5 dishes and drinks we loved this week
Share this article
Next article

Best Bites and Sips is a roundup of the outstanding dishes we had within the last week: Those which renewed our love for established venues, caught our attention at a new opening, or freshly impressed upon us the creativity and skill of Hong Kong’s talented chefs and mixologists. From casual street snacks to meticulously prepared cocktail creations, these are the best dishes and drinks to try in Hong Kong — the ones we’d recommend you make a special trip for.

The best dishes and drinks we supped on and savoured this week:

Technically this one occupies that rare space between a bite and a sip, but considering the heatwave that blanketed Hong Kong this past July, it came in handy on both fronts. Maybe you once knew them as something else, but Otter Pops, like Firecrackers, that weird-sort-of-creamy thing on a stick with bubblegum eyes and those Disney-character-shaped popsicle things that were extremely ice cold and I’m being gaslit by my colleagues into believing never actually existed, were a crucial part of my origin story on the coast of Lake Michigan. And it’s the latter, sippy half that contributes to the best part of an Otter Pop, when you get to slurp down that last bit of melty, syrupy goodness that drizzled to the bottom of each pop. If you’re lucky enough to have freezer here, then I strongly encourage you to get involved. — Nathan Erickson, Editor-in-Chief

The dish: Line Caught Turbot (part of the “Library of Flavours” dinner menu)

I really mean it when I say this is the best fish course ever made. Now, Maxime Gilbert’s cooking at the French fine-dine has always been excellent, the two-Michelin star accolade is tangible proof well beyond my words.

Library of Flavours has been a long-standing signature of the restaurant, adapting and changing to the seasons and Gilbert’s endlessly creative French cuisine that keeps close to tradition. In the latest iteration of the tasting menu is where you’ll find this Line Caught Turbot, recreated many a times in the vast world of French cuisine. The soft, flaky cut is as silky-smooth as you’d expect from the delicate fish, but the accompanying sauce poured over table-side makes this a decidedly premier take. The creamy sauce vin jaune is laced with tiny chorizo cubes, Ikura and finely sliced Kakinoki Take mushrooms that add a pop of savouriness and texture when sidled against the pillow-soft turbot. It’s a stunning presentation of Écriture’s fine French and Japanese produce and listed at course number six, it’s something you definitely should look forward to. — Lorria Sahmet, Editor

Legend says it’s impossible to get a table at Bâtard, so I was happy — no, honoured — to be invited to a lunch event at the restaurant, courtesy of Aesop. Ngl I felt like royalty being treated to a six-course meal with wine pairing and I definitely took advantage, much to the chagrin of my personal trainer. But hey, I deserved it (I think that’s what we’re supposed to tell ourselves these days, according to social media. I just use it as an excuse to indulge in unhealthy habits).

The fifth course on the menu was my favourite, namely, the Grilled Threadfin, Fennel, Sauce Vierge. It came exactly as its name states, a softly cooked fillet with the crispiest skin, accompanied by a refreshing fennel salad with a splash of lemony dressing. By that time, I was drunkenly full, but I still managed to obliviate the whole plate within five minutes, so if that isn’t proof of how good the threadfin was, then I don’t know what is. — Charmaine Ng, Editor

Dry July is important, but so is a healthy defiance of the rules, like when a colleague throws a 30th birthday and said birthday includes an open bar. Double-so when it’s at our MMMs Award-winning hand-roll bar, Rollie, where the soju highball offers a crisp and tasty alternative to my standard issue tequila soda. It’s light, it’s buzzy, it spares you the hangover. Here’s to Dry-ish August. — Nathan Erickson, Editor-in-Chief

Drinking coffee is a lifestyle; not only is it a testament to your gravitation towards the finer delights, but it is also a pastime, a dedication, an attitude. If you wish to look out for the environment while enjoying your refreshing sip of the day, try these drip bag coffee sachets by Henderson Land x Espresso Alchemy. Mixing naturally processed coffees from Brazil and Ethiopia, this blend is airily sweet with the notes of almond, mandarin and grape, demonstrating that coffee produced with minimised energy and water use tastes just as sublime. Good morning, wherever you are. — Michelle Chan, Editor

Drinks Hong Kong Hong Kong Foodies best bites where to eat in hong kong Where to Drink in Hong Kong hong kong dining guide Best Sips
Lifestyle Asia
Here's where you can read the latest news and stories from Lifestyle Asia and our sister titles PrestigeOnline and Augustman, curated from all of our editions in Hong Kong, Singapore, Kuala Lumpur, Bangkok and India.
Luxury
Sign up for our newsletters to have the latest stories delivered straight to your inbox every week.