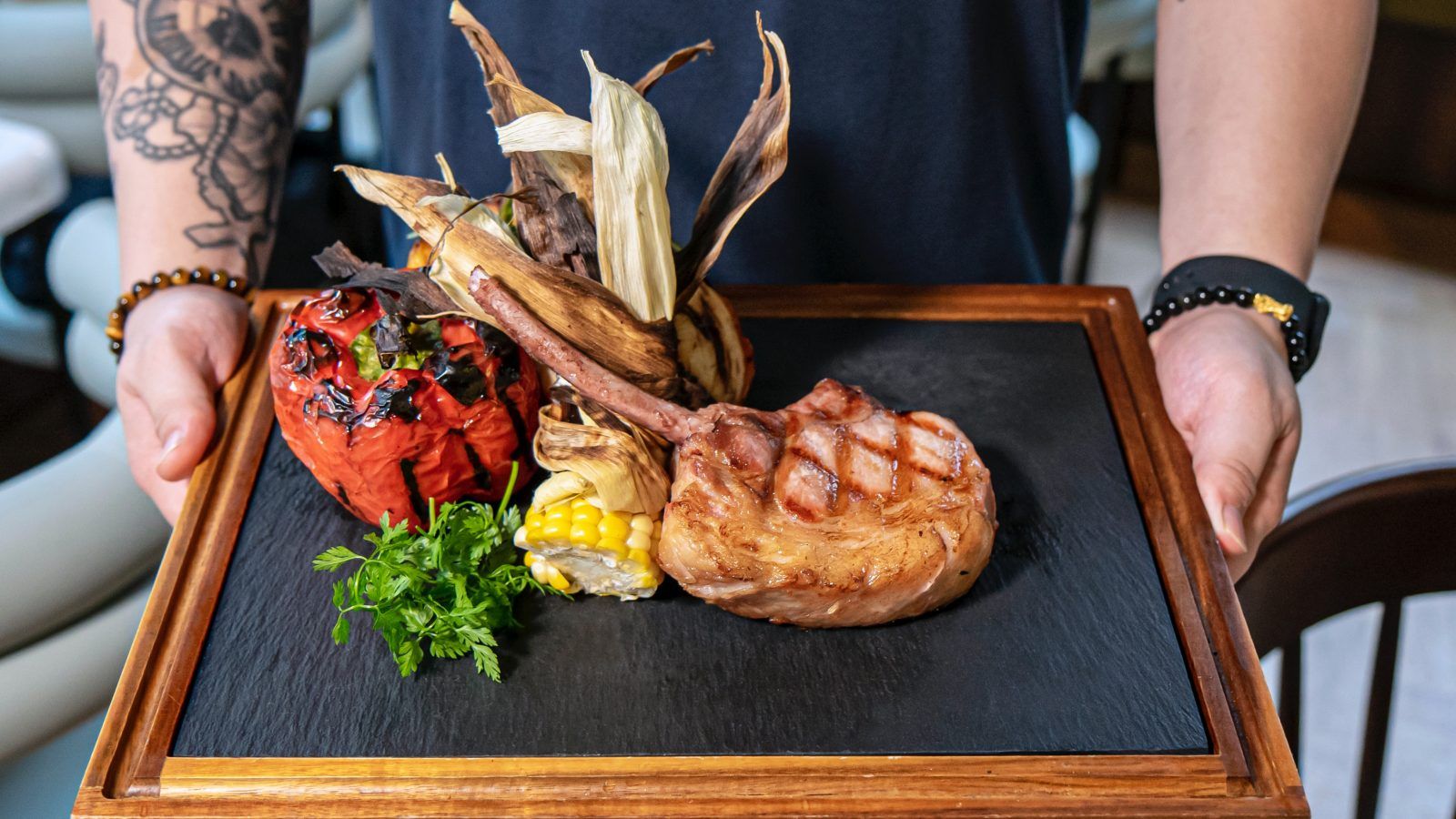 Best Bites and Sips: 6 dishes and drinks we loved this week

Food & Drink
Best Bites and Sips: 6 dishes and drinks we loved this week
Share this article
Next article

Best Bites and Sips is a roundup of the outstanding dishes we had within the last week: Those which renewed our love for established venues, caught our attention at a new opening, or freshly impressed upon us the creativity and skill of Hong Kong’s talented chefs and mixologists. From casual street snacks to meticulously prepared cocktail creations, these are the best dishes and drinks to try in Hong Kong — the ones we’d recommend you make a special trip for.

The best dishes and drinks we supped on and savoured this week:

No matter how many times I rave about Yardbird’s sweet corn tempura via IG stories, nor how far its legend spreads in the culinary world, I still get drowned in DMs about this mysterious little sphere of crispy, deep-fried goodness. While I recommend having it over highballs at the bar (word to Yuri!), even the public-averse are in luck: the ‘bird gang gave the recipe away themselves. That’s confidence in your product. — Nathan Erickson, Editor-in-Chief

Too often the grilled pork chop is a disappointing order; a perfectly seared crust only to be failed by the sand-paper dry centre. Fortunately, that’s definitely not the case for this Hungarian Pork Chop at Tai Hang’s latest newcomer, Porkcentric, a venue dedicated to none other than, pork, with a distinct Central European influence. As spectacular as its bovine counterpart, the pork chop tomahawk is an impressive on the bone cut with similar dramatic tendencies as it lands on our table and — to our enjoyment — is as tasty as it looks. it’s grilled in a charcoal oven of up to 250-300 degrees for an unmistakable aromatic smokiness and slathered with a jalapeño-infused pork jus that adds a mild heat to the meaty dish. But arguably the best part of the pork chop: the smooth, succulent bite of Hungarian pork that’s softer, more tender than others, not unlike a very thick cut of pork jowl. Not pictured: the crispiest, crunchiest cajun fries in the perfect skinny cut. Don’t order to share. — Lorria Sahmet, Editor

One thing you need to know about this particular Mexican House branch is that it shares the same storefront with Seoul Bros, one of my favourite Korean fast food chains. When the conversation turns to “fast food” and “Mexican”, you think carbs, oil and loads of spice. That’s partially correct, because Mexican House won my heart with the Beef Steak Salad: it’s guacamole, salsa, superbly seasoned beef and cheese flakes piled on top of each other (which explains the above photograph), tempting you bite after bite. The best part? The serving size is probably bigger than what you can stomach; but don’t waste food, save it for later! — Michelle Chan, Editor

Arriving in London, there were only a few important things on my list that I could not miss and at the top of the list was brunch! With so many breakfast food options like the famous Breakfast Club or the insta-worthy chain The Ivy, I’ve decided to check out Eggbreak at Nottinghill (Hugh Grant and Julia Roberts, anyone?). Known for creative egg recipes and huge portions, this neighbourhood diner always had a queue outside. I was in the mood for something adventurous, so I picked the egg, bacon and cheese toasty. While I expected some sort of grilled cheese sandwich, the actual dish was so much better. The two layers stacked together with runny sunny side eggs and hardwood smoked bacon, topped with sliced cheddar and ketchup, this was definitely worth queuing up for, in fact, flying across the world for. — Leanne Lam, Social Media Manager

I think it’s nothing groundbreaking when I say fruit-based cocktails are the perfect remedy for summers spent in the sun. Especially when located in a humid Hong Kong where a single step outdoors means you’re instantly drenched. On days like those, just call defeat in making plans and stay indoors with a refreshing drink instead. For an inspiring portfolio of labels that will add a tinge of invigoration to your usual bar set-up, city’super has just wrapped up their annual sake fair, but you’ll still manage to find some covetable names worth savouring. It’s where you’ll find the like of this coral-tinged peach liqueur, an incredibly tasty addition to Dewazakura Brewery’s fruit liqueur range, made with peaches from the Yamagata region. In a very potent sip that’s flavoured with the syrupy sweetness of a fresh peach (ingredients list name fresh fruit pureé), it’s a particularly easy glass with the added fizz of soda water and a couple ice cubes, all whist under a steady stream of air-conditioning. — Lorria Sahmet, Editor

Here it is: the drink that prompted me to get a juice blender. There are just many great things about shakes and smoothies and beverages of this sort, one being that it’s equally filling as a regular meal minus the risk of bloating. Supercharged with superfoods such as banana, coconut flower nectar, mango and orange, Mango Protein Builder is a health-conscious, tropical treat for any time of the day. And how can I forget about the part about protein — this bangin’ smoothie is blended with sprouted rice protein powder for a richer texture, and a whooping 20 grams of protein. Believe me when I say it’s been on my mind all weekend. — Michelle Chan, Editor

Drinks Hong Kong Hong Kong Foodies best bites where to eat in hong kong Where to Drink in Hong Kong hong kong dining guide Best Sips
Lifestyle Asia
Here's where you can read the latest news and stories from Lifestyle Asia and our sister titles PrestigeOnline and Augustman, curated from all of our editions in Hong Kong, Singapore, Kuala Lumpur, Bangkok and India.
Luxury
Sign up for our newsletters to have the latest stories delivered straight to your inbox every week.