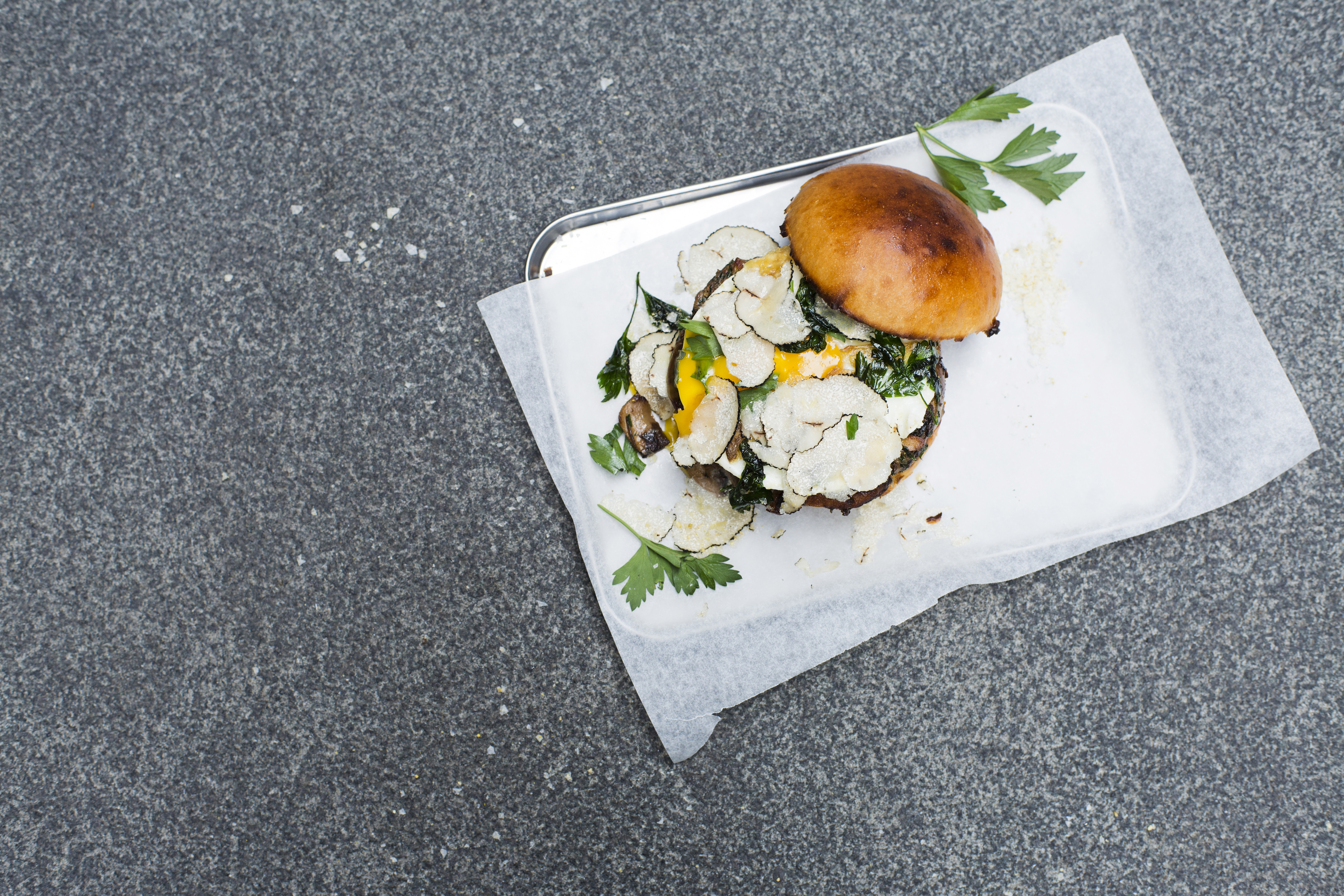 Best Bites: The top 10 dishes we ate in August

Food & Drink
Best Bites: The top 10 dishes we ate in August
Share this article
Next article Earlier this summer, Portuguese restaurant Casa Lisboa reopened in a new space — just down the street from its former home at LKF Tower — with a new menu, chef and décor. Fortunately for long-time patrons, they haven’t completely got rid of everything from their original incarnation. In addition to contemporary takes on Portuguese cuisine, the menu features a number of classic signature dishes that have been slightly updated and are now presented in new formats, while still maintaining the same great flavours.

One such signature dish I recently enjoyed was the slow-roasted suckling pig (HK$260) — in fact it’s the signature dish at Casa Lisboa. Following the traditional recipe, the chef marinates two-month-old piglets for one day, then cooks it for three hours until the skin is crisp and the meat tender and juicy. The contrast of the shatteringly crisp skin with the unctuous meat is simply divine, and it’s an authentic taste of the Iberian Peninsula. Complementing the pig is a delicious side of rice that’s been cooked with pig liver and chorizo, creating a flavour bomb that I’ll definitely be returning to eat again. —Michael Alan Connelly, Editor in Chief Repulse Bay’s The Ocean has been going through a bit of a revamp as of late: There’s a new executive chef onboard and part of the restaurant has been rebranded as The Lighthouse, a casual beachside bistro. Meant to be more accessible and affordable than its adjoining sister restaurant, The Lighthouse features the same fresh, premium ocean ingredients used in a range of sharing-style plates that hover around HK$88 for starters and HK$188 for mains.

Frankly, it’s a great deal and I only wish the seafood-focused bistro was closer to town (although you’d definitely miss out on those stunning oceanside views). The quality of dishes maintains the same refined elegance as The Ocean, which I noticed as soon as the first dish arrived from chef Olivier Bellin — a stunning sea bream tartare. Dressed in lime juice and olive oil, the tartare is dressed up with buckwheat seeds (one of the chef’s prized ingredients), finely chopped beetroot and fermented rice adding a crunchy contrast to the soft-textured fish. A few pieces of melba toast make light vehicles for scooping up the mix. While I normally prefer beef tartare, I’ll happily swap in this lighter alternative anytime I’m in the area and can fit in a quick bite at The Lighthouse. —Leslie Yeh, Dining Editor The dish: Burrata with heirloom tomatoes and basil

Back when I lived in the States, the arrival of August meant one thing and one thing only: peak tomato season. It’s a time when food lovers from coast to coast flock to farmers’ markets to find perfect specimens, or pluck the ripe fruits from their own vines and savour the well-earned reward of the summer growing season. Needless to say, that’s not quite the case here in Hong Kong.

Happily for me, Mercato’s tomato game is on point this summer, with a number of gorgeous imported varieties currently on the menu. I’d highly recommend anyone to order the burrata with heirloom tomatoes and basil (HK$198), which is big enough to be shared as a starter, though it would also work as a perfect light lunch. The creamy richness of the burrata plays off the sweet acidity of the ripe tomatoes, with basil adding a sharp herbal note for contrast. It’s all served on top of a sort of fresh tomato soup laden with olive oil, which practically begs to be soaked up by the accompanying pieces of toasted bread. This is the essence of summer on a plate. —MAC 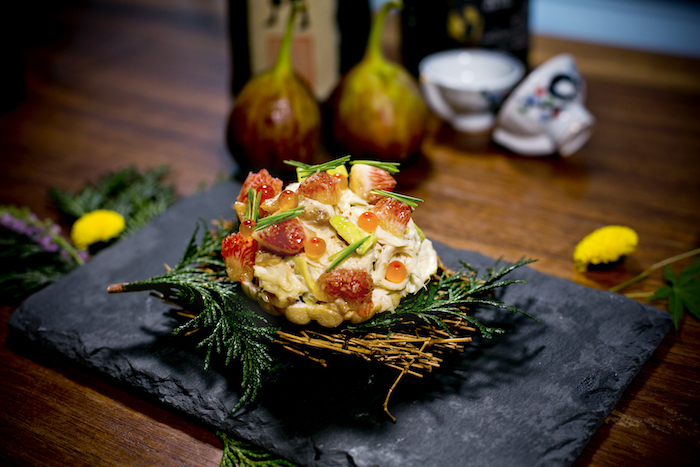 The dish: Fig and crab monaka

I recently popped by Kishoku to try their summer fig omakase dinner, part of a new series of themed omakases (the gin omakase in collaboration with mixologist Antonio Lai has just launched). The seasonal offering here is sweet Japanese figs, and it’s used in four unique dishes including a fresh summer salad, fig and zucchini flower tempura, fig & crab manouka and fig in yokan jelly dessert.

I particularly enjoyed the fig and crab monaka (HK$220) — a dish with seemingly disparate elements that combined to create something totally unique and unexpected. Falling somewhere between a sweet and savoury tart, the soft and sweet Japanese figs complement the sweetness from the crab, with bright orbs of salmon roe to add a pop of salinity. A bit of creamy avocado balances out the texture of the tart, which is served neatly on a monaka wafer shell so you can pop it all in your mouth on one go. To be fair, all the fig dishes were sensational and added a nice, creative touch to Kishoku’s stellar omakase — make sure you visit before the promotion ends in a few weeks’ time. —LY The dish: The Truffle & Mushroom Burger

As part of the ongoing Krug x Mushroom campaign at various restaurants around town, chef Uwe Opocensky has introduced a luxurious burger made with porcini mushrooms, Japanese Maitake mushrooms, duck, truffle, rocket and duck egg (HK$1,388 for two burgers and one bottle of Krug Grande Cuvée). I had an advance taste of it recently: The meatiness of the mushrooms, the earthiness of the truffle and the richness of the egg yolk combine to create a burger you won’t soon forget — one that pairs perfectly with Krug Champagne. Note that the burger is only available 4 September–3 October and pre-ordering is required, so call ahead to make sure you can enjoy this special treat. —MAC Like most people, I adore risotto, but usually by the fourth or fifth bite I start to feel a bit overwhelmed by the heavy intake of nothing but carbs and cream. Enter chef Simon Kealy’s squid risotto (HK$280), which appears on the new à la carte menu at The French Window. Chef Kealy’s version uses squid instead of rice, diced up just as finely and slow-cooked for six hours before being finished with lemon and herb oil. It’s a clever trick with the squid’s chewy texture mimicking al dente rice, a natural seafood taste without having to use excess stock, and an overall lightness that makes you feel much better for polishing off the plate. Just like zucchini noodles and cauliflower pizza — here’s hoping this healthier alternative sticks. —LY Pizza knots are a carb specimen found in a many a New York City pizzeria, but the name is a bit misleading considering they don’t taste much like pizza. Lacking sauce and melted cheese, these balls of dough are typically coated in oil, various herbs and some grated cheese — and they’re usually quite mediocre. Motorino has taken the humble pizza knot and improved upon it; their version (HK$88) is a golden-brown globe of warm dough liberally covered with oregano, pecorino, thyme and garlic. Rather than being slicked with oil, they’re served on top of it, so that you can control how oily your knots are. This certainly isn’t health food, and the amount of garlic used suggests that you shouldn’t order them on a first date, but keep this in mind you’re looking for a guilty pleasure. —MAC Renowned two-Michelin-starred Caprice often steals the spotlight at the Four Seasons Hotel Hong Kong, making it easy to overlook some of the other culinary gems to be enjoyed at this five-star institution — not least of which is The Lounge’s afternoon tea offering. I recently tried it for the first time, and it was sensational as expected.

With afternoon teas sprouting all sorts of crazy collaborations and themes these days, The Lounge’s current promotion aims to bring the focus back to the origin of the tradition with a partnership featuring luxury tea brand Tealeaves. We spent a blissful few hours nibbling away on the tea-infused sweet and savoury items, from lavender jelly foie gras to a berry tea moist cake and Imperial Oolong crème with poached white peach. Each was more fabulous than the last, especially when paired with a soothing cup of premium tea or one of the tea-inspired cocktails. And for those of you who go to afternoon tea just for the scones, here’s a tip: you’ll find some of the best in town at Four Seasons — light and fluffy with a rich, buttery flavour, served warm to more easily soak in the homemade seasonal jams and Devonshire clotted cream. —LY I’m not ashamed to say that I’m well acquainted with Posto Pubblico’s much-loved meatballs, but a recent meal there reminded me there are many other hearty dishes to savour at this Elgin Street institution — for example, the mighty veal chop Parmigiana (HK$449). Mammoth in size and coated with red sauce and melted cheese, the tender bone-in chop is topped with lashings of olive oil, chopped parsley and copious amounts of grated cheese. Such an indulgence would be too much for one diner — this is the kind of dish that’s best shared amongst a big group along with some pastas, shrimp scampi and, yes, some of those lovely meatballs. —MAC 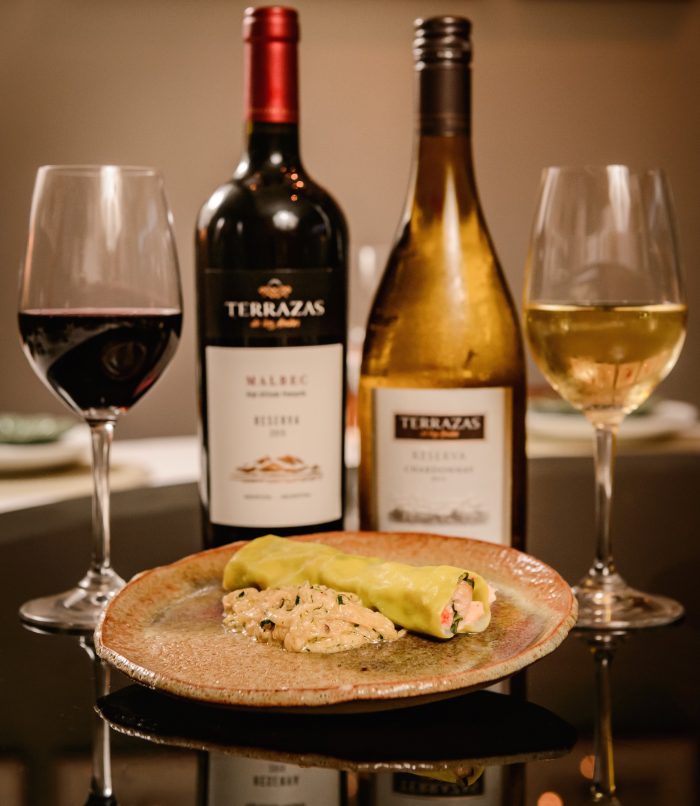 At a recent preview dinner for JIA Group’s new late-night supper club, The Pass, I was lucky enough to try chef Nate Green’s 6-course menu. At The Pass, he’s still displaying the very fine execution you’ll find in his dishes at Rhoda, but the flavours and ideas are different. I was absolutely blown away by a plate of cannelloni filled with shellfish, served with a side of creamed leeks that I will fantasise about for quite some time. Striking the perfect balance between lightness and indulgence, this was the standout for me in a meal that was uniformly excellent from start to finish. Chef Green’s menu is available at The Pass on 23 September (HK$1,800 per person including cocktails, wine and digestifs) — grab a seat if you can.

Find out more about The Pass, including how to book, here.