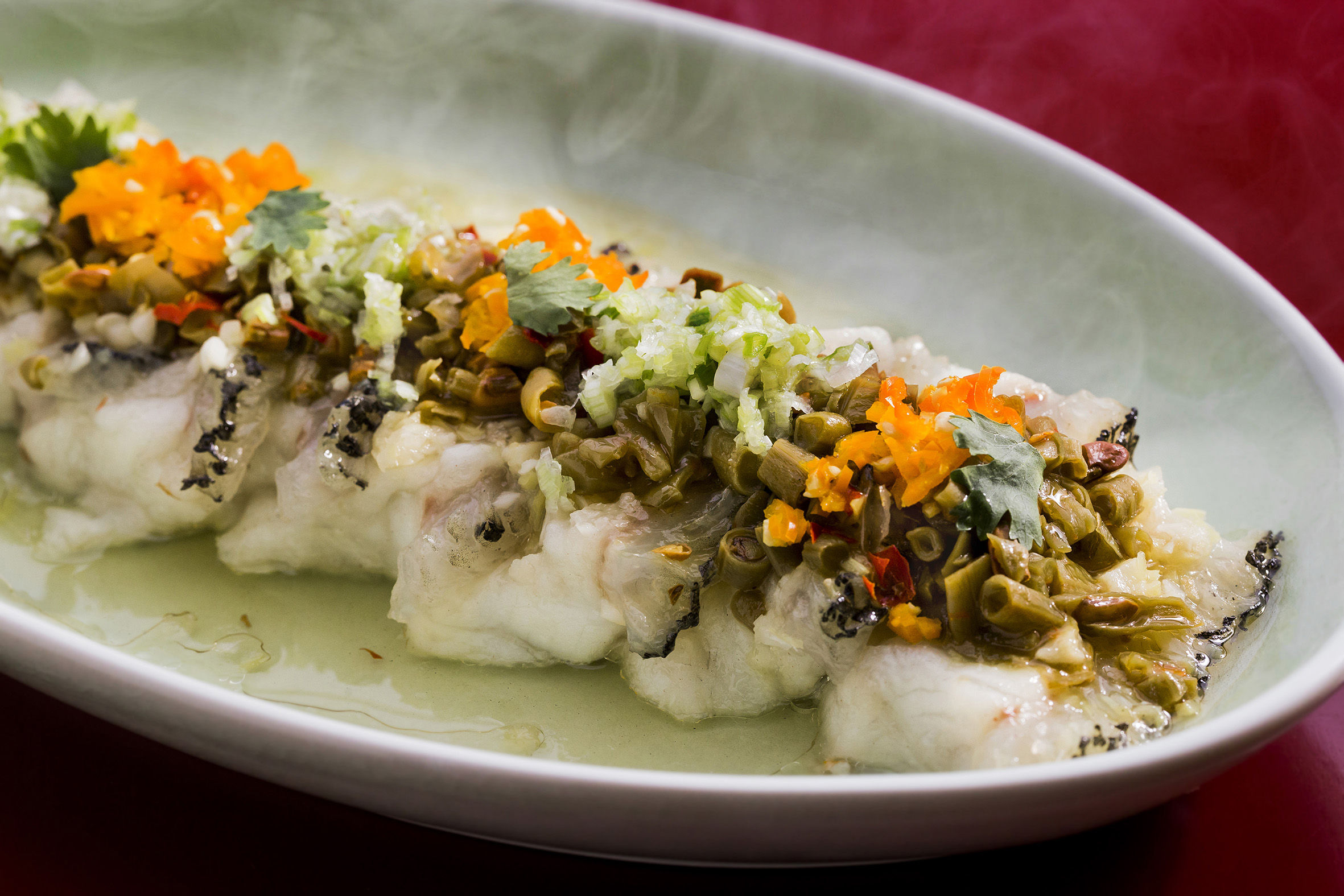 Best Bites: The top 6 dishes we ate in January

Food & Drink
Best Bites: The top 6 dishes we ate in January
Share this article
Next article 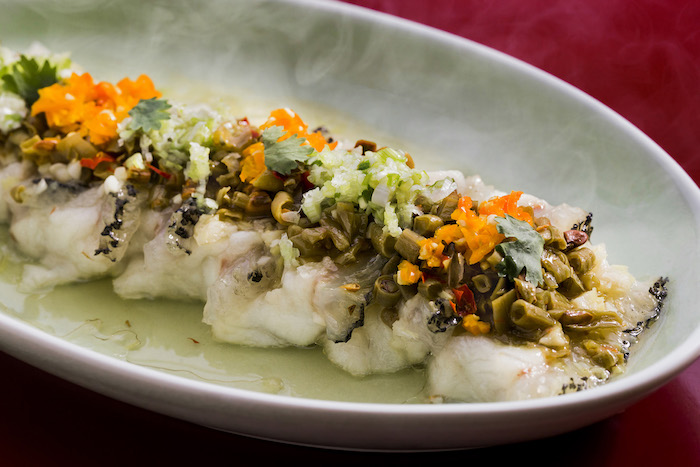 As a Kowloon dweller, it’s become a mission of mine lately to avoid the island crowds on the weekends and stick to exploring new restaurants and cafes on my side. One place I always love to retreat to on a Saturday night is Sha Tin 18, nestled inside the Hyatt Regency, Sha Tin. It’s been a mainstay on the Cantonese fine dining restaurant scene for many years now, and I love how the dishes feel both familiar yet inventive — Executive Chef Ho isn’t afraid to add a spin to traditional recipes every now and then, especially when it comes to the creative desserts (think preserved plum sorbet and hawthorn-flavoured macarons).

On a recent trip there, Chef Ho proved his intuition again when it comes to gussying up traditional recipes — this time with steamed garoupa fillets doctored up with a mouthwatering relish (HK$318). Made with wild chilli and preserved green beans and piled liberally on top of the tender fillets, the topping added bags of flavour to the dish, with the acid and pungency of the green beans tempered by the natural oiliness of the delicate white fish for a wonderfully well-balanced result. —Leslie Yeh, Dining Editor 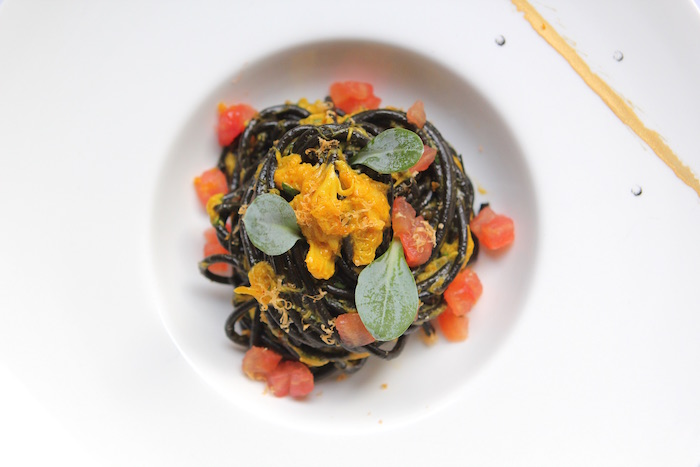 Squid ink linguine has become something of a staple across Italian restaurant menus in Hong Kong, with recipes all involving some variation of the inky black noodles in a creamy, seafood-based sauce scattered with (often overcooked) shellfish. However, any squid ink pasta fatigue I was feeling faded away the second I tried the crab meat spaghetti at Fishsteria. Substituting the regular squeeze of lemon for chunks of fresh grapefruit was an unexpected twist to the dish, lending a juicy burst of citrus in every bite. The noodles were pleasantly al dente, and the crab sauce just viscous enough to cling to the strands without being overpoweringly creamy (there’s nothing worse than fresh pasta drowned in tons of sauce). Topped off with a generous portion of fresh crab meat, this dish was an easy winner in my book. While the seasonal crab meat menu is no longer available, they also serve a crab meat and prawn fregola (HK$278) that’s equally as satisfying. —LY 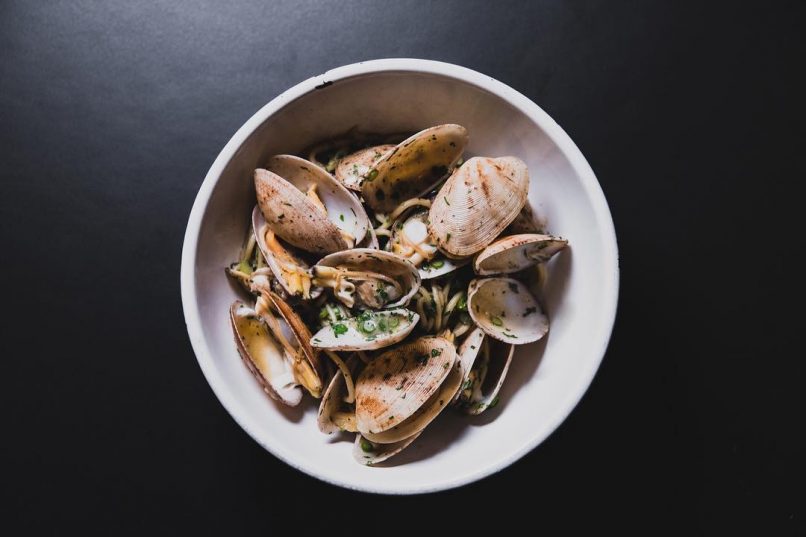 The holiday season and a busy month of travel to kick off 2018 prevented me from getting to the newly located, newly expanded Yardbird as soon as I would have liked, but a recent visit in the final days of January assured me that it everything is just as good as it ever was — if not better. All the classics are still there, from katsu sandos to whisky lemonades, but what I loved most from that meal was a new special on the menu: clams yaki soba. Yardbird (and sister restaurant Ronin) have always had a special way with noodles, so I always order them when they’re on the menu. I generally don’t care for clams, but I forged ahead anyway, and I’m so glad I did. The noodles were perfectly toothsome, the sauce garlicky and briney, with an almost carbonara-like richness, and even the clams were excellent. Definitely one to order on your next visit if it’s available.  —Michael Alan Connelly, Editor in Chief 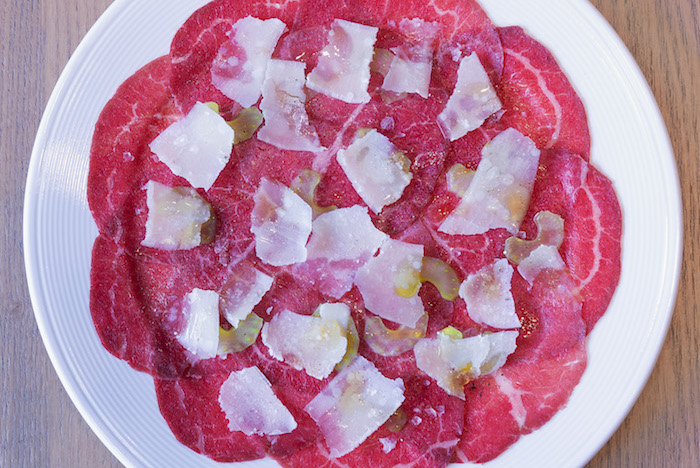 Out of the many restaurants in Hong Kong that purport to be authentic Italian trattorias, there are only a handful that can really walk the talk. After reopening after a year’s hiatus with a ground floor space in the same heritage building that houses The Pawn, La Piola is bringing back family-run recipes with integrity — the kind ‘just like nonna used to make’, so to speak. Piedmont native Enrico Gili is a stickler for authenticity, and his Piedmont-style carpaccio is a breath of fresh air amongst many half-baked versions around town. It starts with thinly sliced, raw veal, dressed lightly with olive oil and lemon, with drifts of peppery, 24-month-aged Parmesan cheese resting lightly on the pink rounds. In place of the regular arugula is celery shavings, adding a refreshing note to each bite. At HK$138, this dish encapsulates La Piola’s MO — simple and rustic Italian dishes at an affordable price point. With the spacious, high-ceilinged space and gorgeous bar for enjoying midday drinks, La Piola is destined to become one of our go-to aperitivo destinations. —LY 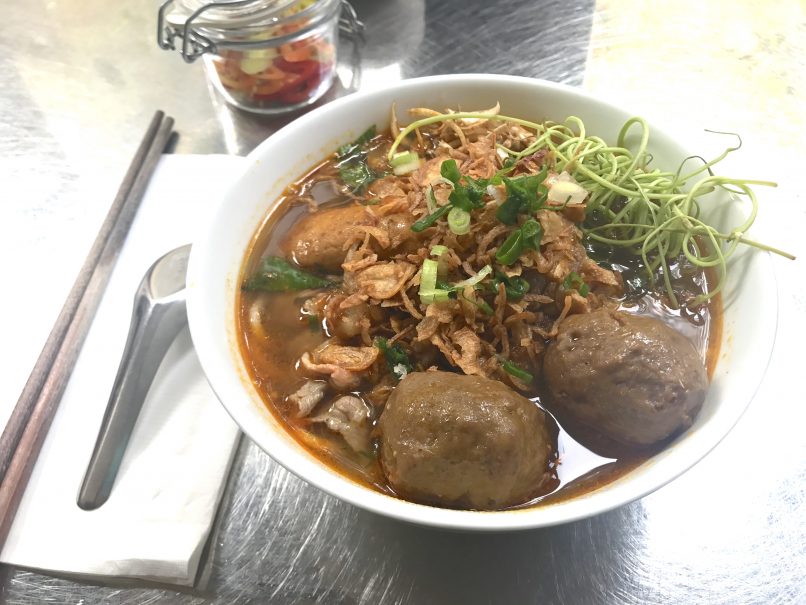 While pho has become the universally recognised dish of Vietnam, there’s another noodle soup that’s been slowly making its way into the limelight: bun bo hue, a rich and robust noodle soup that’s ubiquitous around Vietnam and had its TV moment back in 2009, when Anthony Bourdain slurped a bowl at the legendary Lunch Lady food stall in Saigon. Good news for Hong Kongers: After a three-year apprenticeship with the ‘Lunch Lady’ Nyguen Thi Thanh herself, local foodie Brian Woo has brought this beloved dish to Hong Kong with all the fixings.

I’ve been meaning to make it to Cô Thành for awhile now, and finally had a chance after squeezing in on a weekday right at 12pm when the doors opened (trust me, you’ll want to go early). The bun bo hue (HK$98) is definitely the standout here: tasting of cinnamon, cardamom and star anise, the meaty broth is simultaneously clean and clear, yet packed full of depth, as if maximum flavour had been extracted from the bones after simmering for days, then strained into a clear soup. The dish is anchored with giant juicy meatballs, pork sausage and beef brisket bobbing along in the hot broth alongside a tangle of bouncy rice noodles, fried shallots, basil and curly Vietnamese water spinach stems. It’s as close as you can get to a taste of Saigon short of hopping on a plane. —LY 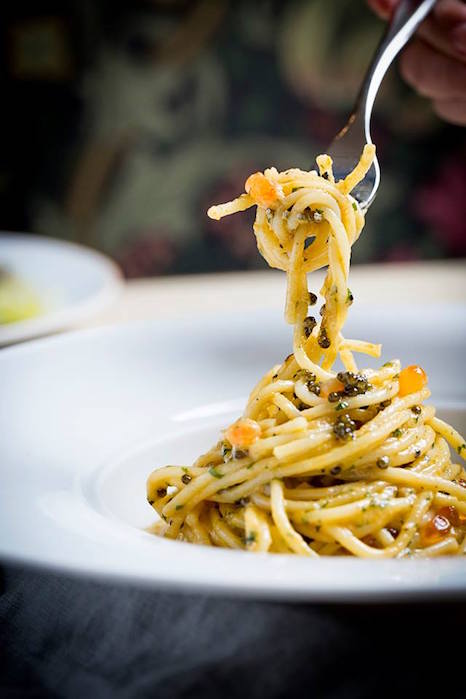 Sometimes simple is best, a saying that’s never more true for food than when it comes to pastas. The best plates of pasta in the world have minimal dressings and toppings — just think of that staple Roman dish, cacio e pepe, with it’s holy trinity of pasta, cheese and pepper. That’s why I gravitated to the simplicity of the spaghetti fish roe ‘carbonara’ at Operetta, a casual Italian restaurant opened at Pacific Place last year. The chef here knows that a great pasta is all in the sauce — this one is infused with sea urchin and slicked with butter and herbs to create a thin film around the pliable bucatini strands. Toppings are bare save for the golden pearls of fish roe and briny caviar that lend subtle pops of salinity to brighten up each mouthful. If you’re craving a simple plate of comfort food that tastes like it’s straight from the sea, Operetta’s spaghetti carbonara should be at the top of your list. —LY

Hong Kong Hong Kong Restaurants Best Restaurants Best Dishes Where to eat best bites best eats hong kong
Leslie Yeh
Editor in Chief
Having worked as a lifestyle editor for almost 10 years, Leslie is thrilled to be writing about the topic she loves most: wining and dining. When she's not out pounding the pavement for the latest new restaurant opening or tracking food trends, Leslie can be found at home whipping up a plate of rigatoni vodka and binge-watching Netflix with a glass of Sauvignon Blanc in hand.
Dining Restaurants Food Trends Drinks Travel
Sign up for our newsletters to have the latest stories delivered straight to your inbox every week.