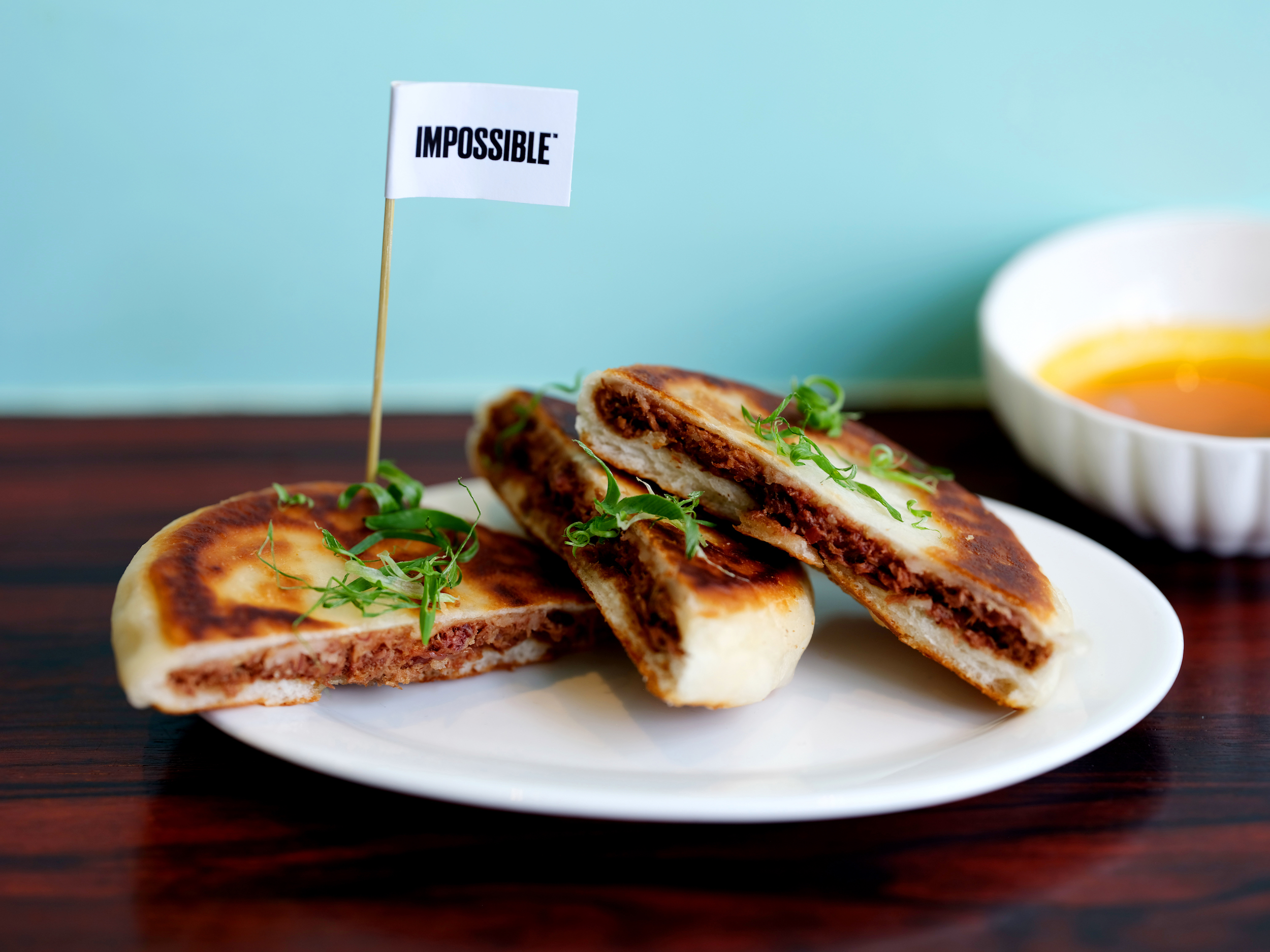 Best Bites: The top 7 dishes we ate in April

Food & Drink
Best Bites: The top 7 dishes we ate in April
Share this article
Next article 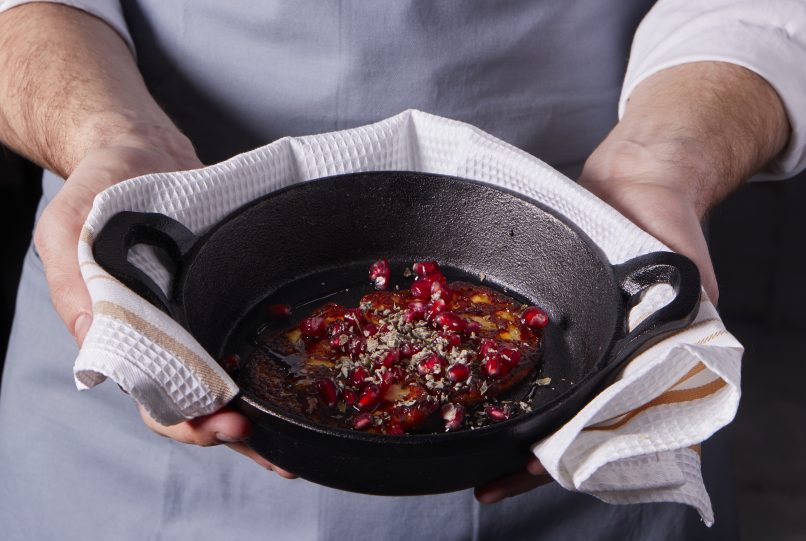 Local foodies have been all abuzz about Wan Chai newcomer Francis since it opened in January, so I was long overdue for a visit when I stopped in for dinner earlier this month. High expectations often have a habit of not being met when it comes to Hong Kong restaurants — for me, at least — but my meal here was both a surprise and a delight, delivering great food at reasonable prices with an interesting wine selection, not to mention a welcoming decor and very enjoyable soundtrack.

I found several of the Middle Eastern small plates recommendation-worthy — don’t skip the chicken schnitzel, meat eaters — but the must-order dish that’s likely to please just about everyone is the baked halloumi (HK$120). Served piping hot in a cast-iron pan, the salty cheese is topped with wild oregano, lending a bold herbal blast, as well as pomegranate molasses and seeds, adding freshness, sweetness and textural contrast. The result is a slightly indulgent but not at all heavy starter that should figure into every group’s order here. Be sure to share with your dining companions — I was tempted to eat the whole thing myself. —Michael Alan Connelly, Editor in Chief 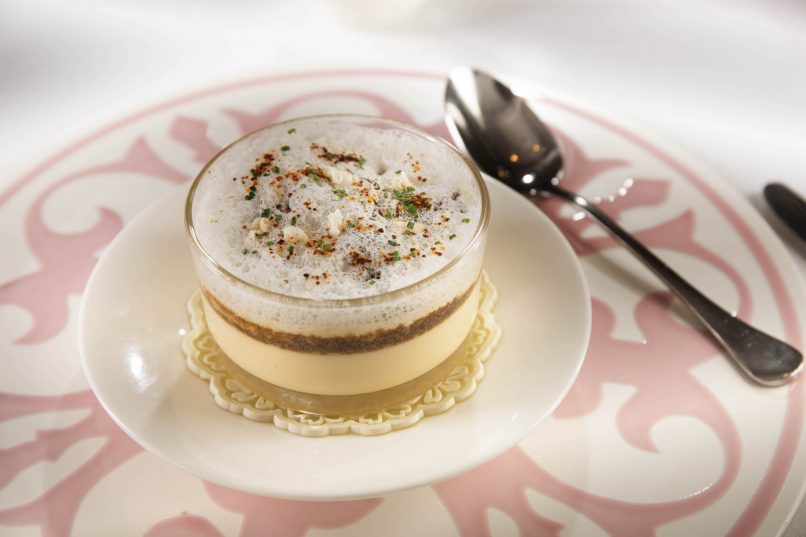 It’s not hard to love foie gras, but sometimes you want more than just a thick slab of it plopped on a plate with a few pieces of toast. In a more refined twist, I was quite impressed by chef Esther Sham’s creative spin on the ingredient at a recent tasting of her 10th anniversary menu, where the creamy liver is stacked between a layer of smooth Japanese-style steamed egg tamago custard and topped with foie gras cream foam. The distinct layers come together beautifully, with the egg offsetting the richness of the foie gras and the foam adding a welcome textural element. The special anniversary menu is available only until 31 May, so book in this month if you want to take advantage of the 4-course tasting menu (choose from Japanese-style or Shanghainese-style) priced at HK$688 per person. —Leslie Yeh, Dining Editor 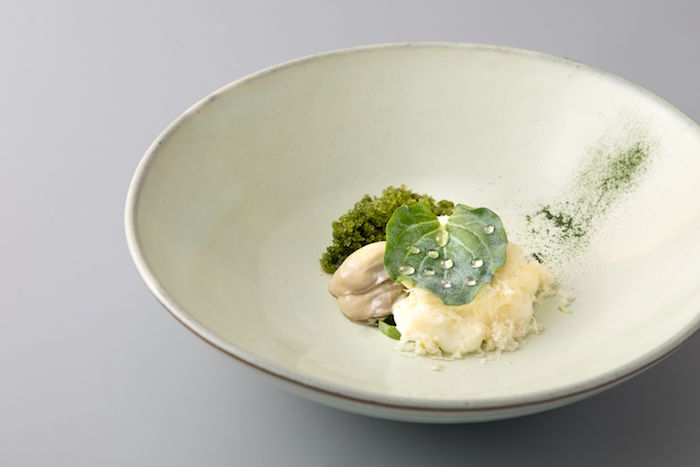 All eyes have been on the newly opened H Queen’s recently with the debut of several high-profile restaurants within the stylish art building. Arbor, helmed by head chef Eric Räty (previously of Café Gray Deluxe), is one that’s destined to join the ranks of top fine dining in Hong Kong, with its beautifully curated French-Japanese tasting menu which delivers one stunning dish after the next. Out of several stellar dishes we tried, one that stood out for me was the plump Ebisu oyster, which arrives as a lovely gift of land and sea. Under the dewy leaf you’ll find a bit of grated French horseradish for bite, sea grapes for a salty pop and cucumber crushed ice for relief. The individual elements do well to complement the premium quality of the oyster without overpowering it. Overall, this dish is a 10/10 in my books. —LY 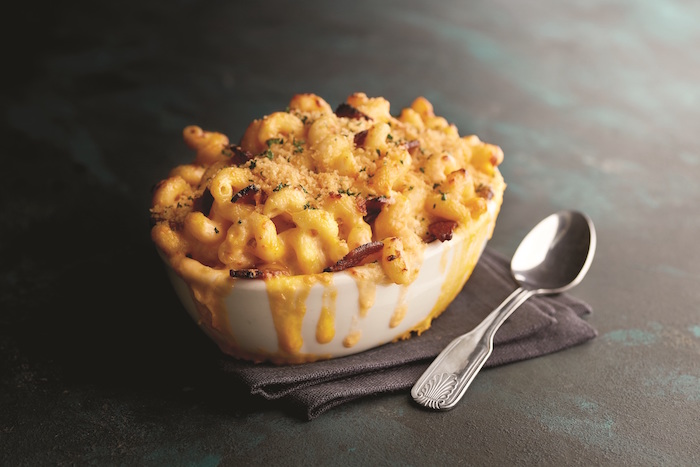 The dish: Mac and cheese

During a recent fabulous overfeeding at Morton’s to try their new spring menu — featuring limited edition cuts like a buttery-soft American wagyu filet mignon with roasted poblano butter, the rarely seen texture bomb of wagyu ribeye cap, and a beautiful bourbon-glazed bacon steak — the conversation naturally gravitated toward mac and cheese, one of the humble but essential steakhouse sides.

Specifically, how the best mac and cheese is usually the kind you had as a kid. There was a shared appreciation for simple Kraft Dinner boxed mac and cheese, though my grandma would make it with Campbell’s cream of chicken and cheese, topped with a crispy bread crumb crust. Morton’s version was also crispy up top, gooey and chewy the whole way through, sprinkled with crispy, salty bacon bits and sweet caramelised onion, and most importantly, oozing with American cheddar cheese for eyes-rolled-back indulgence (HK$130). As far as comfort food goes, it hit all the spots. And if mac and cheese was meant to be a transcendent experience that takes you back to childhood, sorry grandma, I think I prefer Morton’s. —Evelyn Lok, Associate Editor 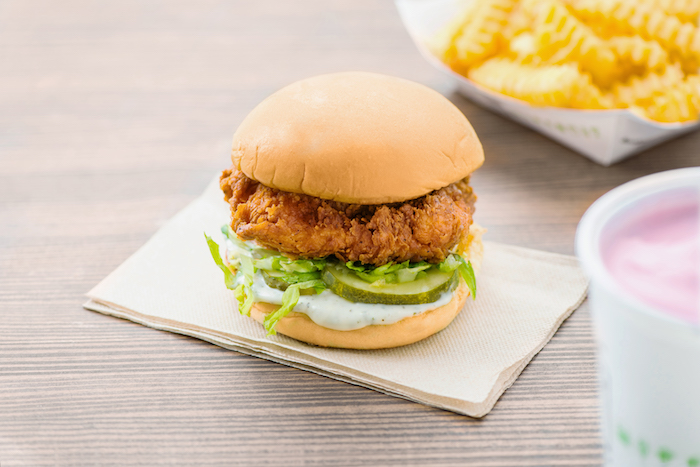 A lot of ink has been spilled over the opening of Hong Kong Shake Shack already, with the mounting hype over the last few months culminating in a grand opening day of over 300 people queueing up for their taste of the lauded New York burger chain. While most people opt for the classic ShakeBurger (which we’re happy to report lives up to the original), the Chick’n Shack — Shake Shack’s version of a fried chicken burger — was the one that caught me off guard during a media preview. I hadn’t tried it yet during my handful of visits to Shake Shack in Madison Square Park, and it’s now become one of my favourite items on the menu: an enormous, well-seasoned chicken breast fried to a deep golden-brown, sitting atop thick pickle slices, crunchy lettuce and a whole lot of buttermilk mayo — all coming together in the most gloriously soft and squishy potato bun. For HK$56 per piece, you really can’t get any better in Hong Kong when it comes to fast food burger cravings. —LY 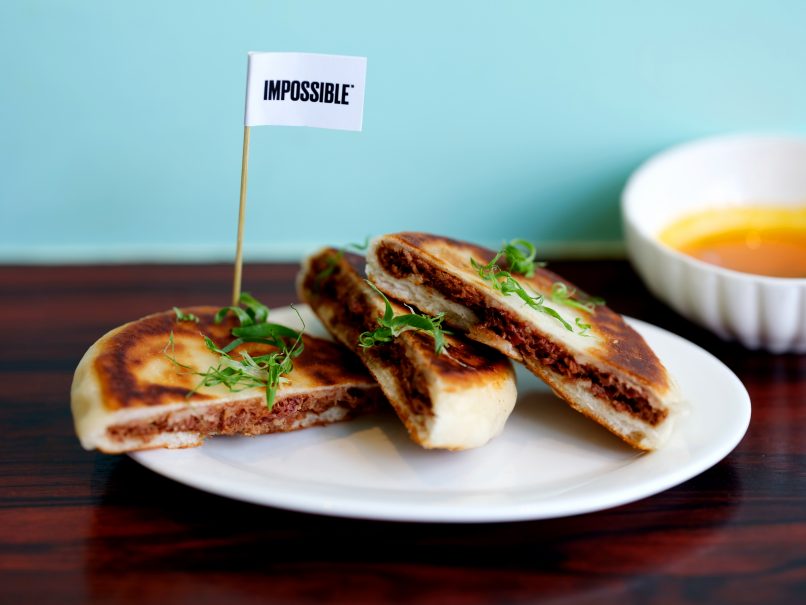 Anyone who follows food media has no doubt heard a thing or two, at least, about Impossible Foods, the American company that launched its “plant-based meat” product in Hong Kong recently. At present, only two chefs are serving it in their restaurants, Uwe Opocensky (Beef & Liberty) and May Chow (Happy Paradise, Little Bao), and I’ve had a taste of all the new offerings made with this innovative and intriguing food product. The best of the bunch, I think, is Chow’s Impossible Xinjiang Hot Pocket (HK$88), which packs the warming taste of northwestern China into a delicious handheld bing. Flavoured with a strong dose of cumin, the hot pocket is served with an egg-yolk dip, though I think it stands just fine on its own. And yes, this did taste like real, animal meat to me, so I’m very excited to see how other Hong Kong chefs will adapt the Impossible product for a variety of cuisines. —MAC I always say a fine dining Japanese sushi omakase would be my last supper on Earth, which is why I’ll never pass up an invitation to try out a new Japanese restaurant in town. While not necessarily brand new, Sushi Ta-ke has moved locations and reopened again as Ta-ke at Lee Gardens in Causeway Bay; they’re now serving up an exquisite sushi omakase with three Michelin-decorated Japanese chefs leading the way: Masakazu Ishibashi, Hara Eisaku, and Suzuki Masahiro.

The revamped and completely mesmerising décor (think a zen courtyard of bamboo, gold partitions and adobe bricks) is rivalled only by what’s on the plate — one careful arrangement after the next, starting with seasonal cold and hot dishes and transitioning into well-crafted nigiri. Of course the fish was divine, but one of the more creative items that I couldn’t resist early on during the tasting was the monkfish liver: the meltingly rich “foie gras of the sea” is sandwiched between two delicate crispy wafers for perhaps what’s one of the best miniature sandwiches I’ve ever eaten. —LY