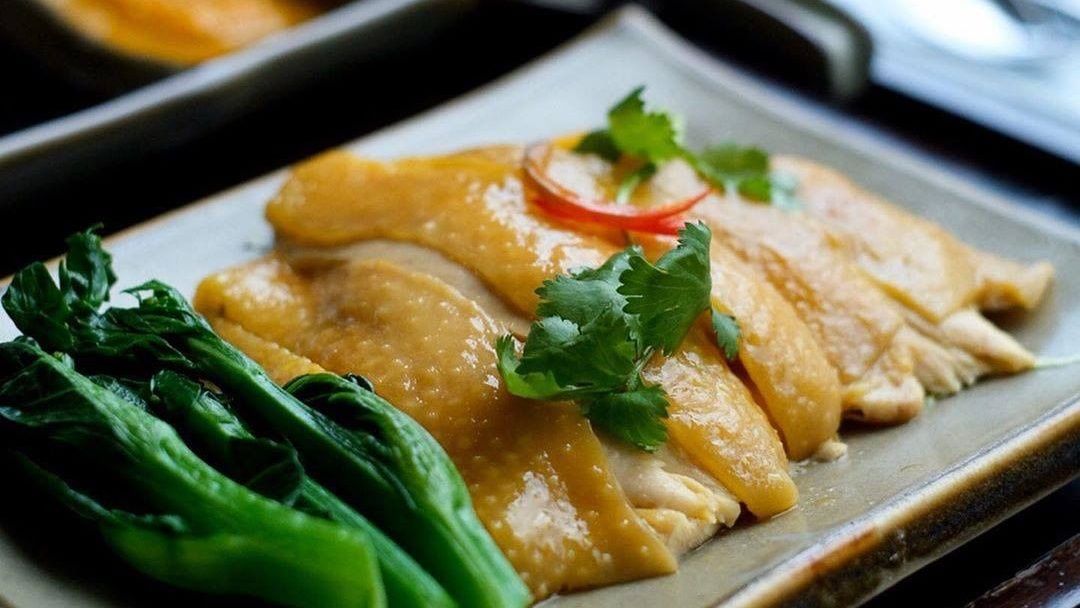 Where to find the best Hainanese chicken rice in Hong Kong

The everyday comfort of chicken and rice. What’s not the love?

Hainanese chicken rice enjoys a favourable reputation, praised for its ease and accessibility, its success in getting every bit of nutrients — your daily carb, protein and fibre — onto a single plate, and not to mention, it’s incredibly delicious flavour. A simple comfort that follows a meticulous preparation process, Hainanese chicken serves the gently poached, sliced-to-perfection chicken over seasoned rice, infused with chicken oil, and often times depending on where you’re ordering the dish, a medley of spices of turmeric and lemongrass, and then, a final bowl of clear chicken soup.

Its story is evident in its name: a southern China dish that originated from Hainan Island before making its way across Southeast Asia’s Singapore, Malaysia and Thailand to pick up influences of its own. These tweaks and edits of the original — a variation of the Chinese Wenchang chicken — can be spotted in the pairing condiments, varying from either a trio of ginger, sweet soy and chilli to a singular gingery-garlicky dip, to how the chicken is poached and how the rice is prepared. As much as many may assume that the dish is based solely on the chicken, the true secret is in finessing a well-balanced yet flavourful rice, too. Here as some spots in Hong Kong that does it best, whether it’s the continuation of the dish humble roots from neighbourhood stalls or an elevated take by grand hotel venues.

A Hung Hom neighbourhood favourite that has since expanded to a second location across the harbour, Yung Kee is endlessly praised for its consistent make of a perfect Hainanese chicken rice. The chef insists on using a 2.5kg three yellow chicken, chosen for its tenderness and balance in fattiness, and begins a tedious process of a light boil in carrot, onion and celery stock, following an ice bath, then a full submerge in an 18-ingredient master stock. It’s served with a fragrant chicken oil rice infused with lemongrass, pandan leaves and turmeric and paired with chicken coconut soup. Overall, a familiar, yet entirely unknowable version of Hainanese chicken rice made better. At the original Hung Hom venue, they typically sell out by 4pm, and at the new Sheung Wan spot, 3pm. So to avoid disappointment — and maybe long queues — go early. Have it for brunch maybe.

As all chicken rice enthusiasts will attest, Grand Café at the Grand Hyatt Hong Kong make the best, most delicious Hainanese chicken rice there is. A generous portion of tender chicken thigh or breast is served with organic choi sum, a usual bowl of chicken oil rice and chicken and turnip soup. Their chicken — a well-praised signature of the restaurant — comes with the classic trio of chilli, sweet soy and scallion dip, but as it’s repeatedly pointed out, you won’t need it — the chicken manages to hold flavours of its own.

The reputation of this Michelin-recomended Singapore export precedes their arrival to Hong Kong. Tian Tian, which started as a humble stall in Singapore’s Maxwell Food Centre, has amassed a loyal local following and thus prompted their opening in Causeway Bay’s Fashion Walk. It’s a single, straightforward order when you visit, the signature Hainanese chicken slathered in a secret chicken sauce and served with chicken rice that’s been steamed in pure chicken essence.

Now with Malaysian-born, Singapore-trained head chef Ho Wai Kong tossing the wok, Bibi & Baba has become the known destination for an authentic spot of Singaporean-Malay flavours in the Wan Chai district. Upon the flavourful menu of spice-tinged serves is their Hainanese chicken, slow-cooked and infused with pandan leaves, coriander and lemongrass. It’s prepared in two portions of either half or whole, and goes perfectly with a spoonful of the chicken oil rice. For something different though, the restaurant’s blue pea flower rice is also a worthy accompaniment.

The glitzy, all-day dining room of Holt’s Café also happens to serve a familiar menu of all-time comforts, aptly including the Hainanese chicken rice. A true-to-classic make of poached silky-smooth chicken served over flavourful chicken rice with a steaming bowl of chicken soup, Holt’s Cafe adds their own twist with a house-made ginger sauce. I’ve heard that MIRROR‘s Anson Lo is a dedicated fan.

Over at Water Gate, the Hainanese chicken rice is of the Thai variation, or khao mun gai. It’s essentially the same poached chicken served over chicken oil rice, except it swaps the original condiments for one made with yellow soy beans and thick soy sauce, flavoured with chillis and vinegar. Expect a lengthy wait no matter when you visit, but the simple dish is an all-time satisfying serve of lean and tender sliced chicken, fragrant chicken rice and a soothing clear broth with bobbing winter melon chunks .

No frills Thai Plus Hainan Chicken is not the kind of place to while away an afternoon. Instead you phone ahead and pick up a takeaway to enjoy in the comforts of your home, preferably in front of what’s new on Netflix. But the greatest thing about Thai Plus is their consistent Hainanese chicken that has prompted the slow and steady expansion across Hong Kong. Expect tender cuts of flavourful chicken, chicken rice infused with coconut and lemongrass and a flavourful chicken soup. The single thing that sets Thai Plus apart? A Thai-style mint dip made with crushed garlic, ginger and chilli for that extra added heat to an otherwise mild dish.

On the ground floor of Central Market, you’ll find a series of Nina Group’s restaurants, one of which — and the group’s best kept secret — is Pulau, a casual eatery dedicated to Singaporean cuisine. Skim through the menu of familiar eats but make a stop at the Hainanese chicken rice, a generous portion of silky smooth, deboned chicken served with the classic trio of chilli, ginger and sweet soy sauce. The fragrant chicken rice stays the same, but the clear chicken soup is given extra bite with two Sotong fishballs and the possible swap-out for Bak Kut Teh, if that’s what you prefer.

Since its 1971 opening in Singapore’s Mandarin Orchard, Chatterbox Café has continued its legacy as the home of the famous, award-wining Mandarin Chicken Rice. Here in the Hong Kong venue, you can expect the same militant regard for fresh ingredients and an authentic preparation process. The chicken is chosen carefully against a criteria of 70-80 days of age before slow-cooked for 50 minutes. It’s served in its the most classic presentation — with a steaming bowl of chicken rice and clear chicken soup.

Hong Kong Grand Hyatt Hong Kong Cafe Causette Mandarin Oriental Hong Kong where to eat hong kong Grand Café Hainanese Chicken rice tian tian hainan chicken rice chatterbox café
Lorria Sahmet
Editor
After two years writing in luxury retail, Lorria now covers food and drink happenings in Hong Kong. When not taste-testing for the best fries in the city (shoestring, always!), find her cosied up at home skimming through Netflix or nurturing baby plants in her indoor greenhouse. She is happiest by the ocean with a giant fishbowl-glass of Aperol Spritz.
Food Drinks Culture Living Hong Kong
Sign up for our newsletters to have the latest stories delivered straight to your inbox every week.