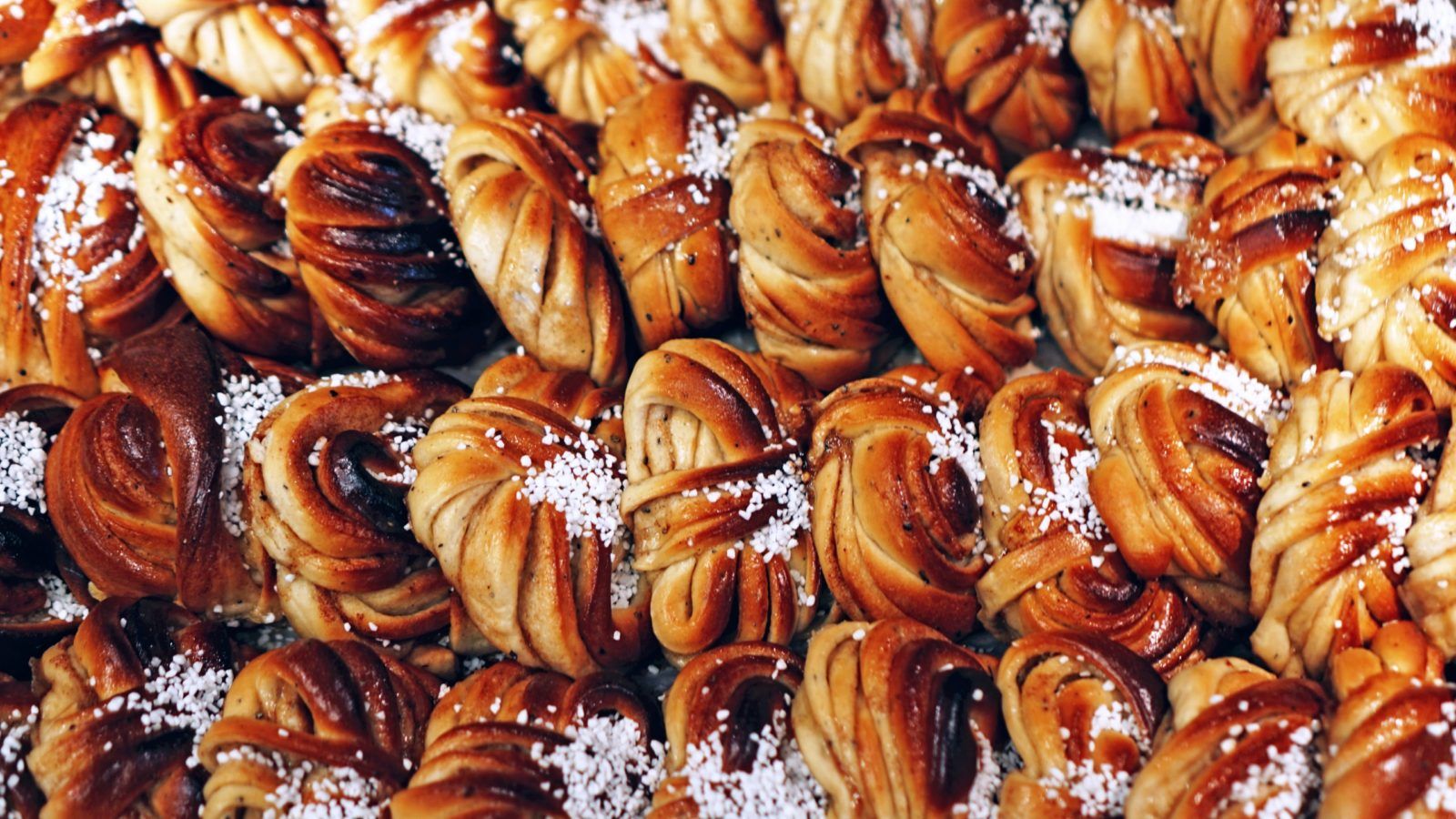 Piece of Cake: The best pastries in Hong Kong

Food & Drink
Piece of Cake: The best pastries in Hong Kong
Share this article
Next article

Pastry is entirely too broad a term to mean all the treat-yo’self delights that could be sweet; could be savoury. Could be a flaky croissant, could be a slice of lattice-topped apple pie, could be a variation on an egg tart — these are the best in Hong Kong, after all.

There’s something magic that happens when you mix flour with water and butter. It’s the kind of magic that inspired entire television programs — miss you, The Great British Bake Off — and the kind of magic that is good any time of day, holiday, occasion or mood. Heartbroken? Have some pie. Need a mid-afternoon sugar rush? Nothing a jam-filled doughnut can’t fix.

With a mouthful of laminated dough and a few extra happy inches to our waistlines, we’ve gone from bakery to bakery, oven to oven to find the flakiest, most golden-brown, most “I can taste the butter in this” and most awards-deserving — these are all pastry-talk for “best”, by the way — pastries in Hong Kong. (Special shoutout to our exclusive MMMs Awards sponsor, foodpanda!)

The best pastries in Hong Kong:

You’d recognise Bakehouse for the cobalt blue paper bags with orange handles that are toted around the Soho slopes, but you’d love Bakehouse for its signature sourdough egg tarts, ingeniously ideated by renowned pastry chef and baker Gregoire Michaud. Make a stop for the doughnuts, too. It’ll be worth it.

Sometime during the middle of 2021, basque burnt cheesecakes became a Thing. A very delicious Thing that the city seemed to can’t get enough of, for it inspired the birth of La Viña, which brings the original Spanish San Sebastián recipe to Hong Kong. From the original soft centre cheese, the bakery has since expanded to new flavour profiles like matcha, gingerbread and mixed berries.

Maria’s Bakery began in 1966 in Hong Kong. At its peak, it expanded with 60 outlets around Hong Kong before unfortunately closing in 1998. As the first local bakery serving Western pastries, Maria popularised the classic mango cake and chestnut cake that is widely enjoyed today and was a beloved destination for egg tarts, egg waffles and muffins. Think you’ve missed this time-honoured spot? They’ve recently opened as 1966 Baking Alliance in the refurbished Central Market.

Dominique Ansel’s flaky DKA is a favourite in itself: buttery pastry, airy bite and a caramelised crust. But when it made its debut in Hong Kong as Dang Wei Li by Dominique Anesel, it took on a very Hong Kong influence, unveiling a list of pastries modelled after many Hong Kong icons like coconut and passionfruit cake in the shape of a pineapple bun, a milk tea cookie shot shaped as a Yakult and an earl grey bergamot cake Lemon Tea juice box.

No, it’s not just Paul Lafayet’s macarons that has earned the patisserie its status as an acclaimed favourite in Hong Kong (though they are delicious and we’d recommend the Rose and Salted Caramel as top favourites). It’s their crème brûlée, too.

Jouer’s cakes are not just pretty to look at — they’re delicious, too. Made according to classic French recipes, the cakes here are decadent creations of five beautiful, even layers that change with the season. Favourites include a red velvet cake encased in blue swirl marble, or during the summer: strawberry lemonade.

The above list was compiled by Nathan Erickson, Sandra Kwong, Joey Wong and Lorria Sahmet.

For more delicious food, see all the winners of Lifestyle Asia Hong Kong’s The MMMs Awards.

Paul Lafayet Hong Kong Dining Pastries Jouer french pastries Bakehouse La Vina Dang Wen Li by Dominique Ansel the mmms the mmms awards 2021 best pastries hong kong pastries maria's bakery
Lifestyle Asia
Here's where you can read the latest news and stories from Lifestyle Asia and our sister titles PrestigeOnline and Augustman, curated from all of our editions in Hong Kong, Singapore, Kuala Lumpur, Bangkok and India.
Luxury
Sign up for our newsletters to have the latest stories delivered straight to your inbox every week.