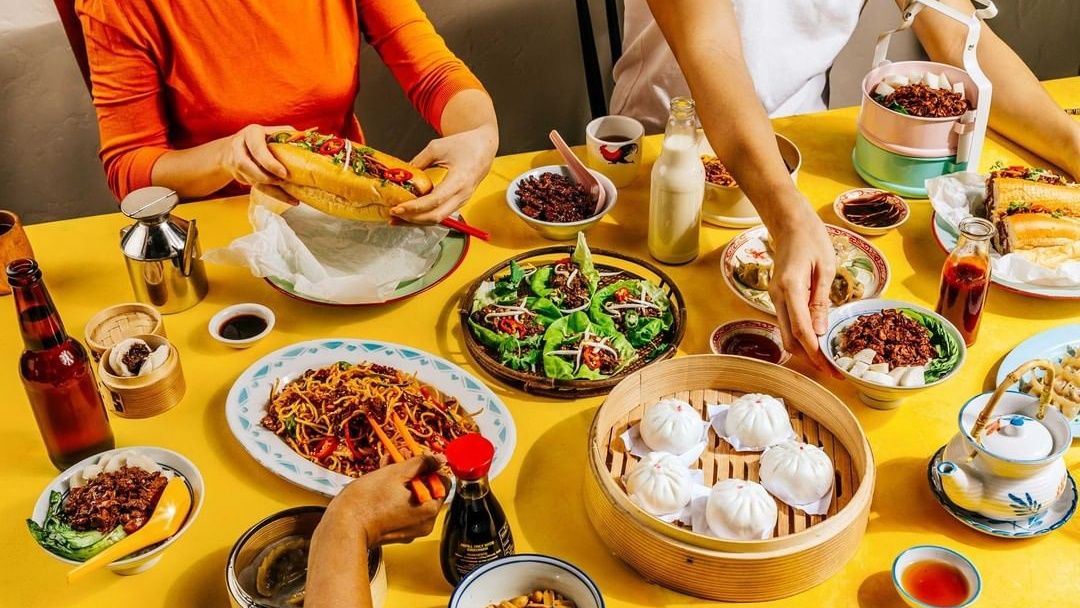 Do your part for the environment — and your health! — by eating better. Here are six plant-based meat alternatives available in Hong Kong — and where to find them.

Maybe you’re a steadfast follower of the 3Rs. You bring your own shopping bag, your own reusable bottle, even your own refillable lipstick. You take shorter showers than everyone else and never leave the light on when you’re not in the room — you’re pretty environmentally friendly. And while that’s a pat on the back for you, there’s always a little bit more you could be doing. Like, with what you eat.

Do Your Part. Where to Find Plant-Based Meat Alternatives in Hong Kong:

Hong Kong-based food tech company, Good Food Technologies, founded by Joshua Ng and Dr Andrew Leung in 2020, introduces Plant Sifu, a home-grown plant-based gourmet food brand focused on reimagining pork with their own fat technology, AROMAX™. Designed to replicate the pork fat and lard which they identified is essential in Chinese and Asian recipes, AROMAX™ is entirely plant-based with zero cholesterol, hormones, antibiotics, MSG and preservatives by using a non-GMO soy as its primary plant protein and konjac gelatin structures that’s high in fibre and low in sodium, calories and fat.

Since AROMAX™ was engineered according to Chinese recipes, in particular the dim sum favourite of steamed pork dumplings, Plant Sifu’s marks its initial launch with three plant-based Chinese dim sum: two dumplings and a shiitake mushroom and plant-based pork shaomai. Plant Sifu also introduces more plant-based pork products, Mince, Ground and Slices for food services use, which has received a stamp of approval by a bevy of top Chinese chefs in Hong Kong.

Launching first in Singapore, then Hong Kong, and most recently San Francisco, Karana Foods, founded by Dan Riegler and Blair Crichton, gained traction as a leading meat alternative made with whole plants. Sri Lankan jackfruits, in fact, make up a main portion of the very short ingredient list of the plant-based product which not only offers the similar meaty texture of shredded meat but also helps to promote a sustainable food chain by working with local smallholder farmers, while maintaining biodiversity in the nurturing of the jackfruit trees, an efficient low-water-high-yield crop.

Engineered with as little processing as possible, the jackfruit-based meat-substitute — high in fibre and low in fat and calories, and no cholesterol — is able to retain the nutrients and natural qualities to the fruit, keeping to a high-quality flavour.

Impossible Foods needs no introduction. Possibly one of the earliest plant-based meat alternatives on the market (the Impossible™ Burger debuted in 2018 in Hong Kong), Impossible was charged — and still is — by the idea of reducing environmental footprint through a better diet. Created with a plant-based heme (typically extracted from the root of soybean plants) through a their own process of fermentation and genetically engineered yeast, the range of products has expanded since the initial Impossible™ Beef, to Impossible™ Pork, Impossible™ Sausage and impossible™ Chicken.

The Beyond Burger is no stranger to the world of meat substitutes. Created by Beyond Meat, which has now expanded their range from burger patties to meatballs, chicken and jerky, the plant-based meat company continues its messaging of eating better — and healthier. Their no cholesterol, no antibiotics and no hormones, protein-rich products are made of five key components: proteins, from mung beans, faba beans and brown rice; fats, from coconut oil, cocoa butter and expeller-pressed canola oil; carbs, from potato starch and plant fibres; mineral, including calcium, iron and salt; and finally, natural flavours and colours like beef juice and apple extract.

Perfecting a plant-based meat of its own, TiNDLE, founded by Timo Recker and Andre Menezes, doesn’t focus on the usual beef or pork, but rather has a hand in recreating chicken from plants. Free from antibiotics, hormones and cholesterol, each of TiNDLE’s plant-based chicken is fuelled with 17g of protein, all while created with a short ingredients list of just nine products.

Engineered with a plant-based product they have named Lipi™, it consists of a blend of plant-based fats and flavour that replicates the aroma and taste of a traditional chicken. If you were wondering about the numbers, TiNDLE chicken is able to save on average 74 percent less land, 82 percent less water, with 88 percent lower greenhouse gas emissions. Not to mention, the brand refers to their plant-based product as “ridiculously delicious”.

Founded under David Yeung‘s Green Monday, OmniFoods was first known for its plant-based meat alternative OmniPork which was engineered by food scientists in Canada for over two years. The ingredient list in Omni’s own blend of plant-based proteins, including shiitake mushrooms, non-GMO soy, peas and rice. Since then, OmniPork has extended into its own dedicated range of pork substitutes: OmniPork Luncheon, OmniPork Strip and OmniPork Patty.

OmniFoods has also since developed OmniSeafood, a plant-based range of seafood that’s omega 3-rich, including OmniTuna and OmniSalmon, made from a similar blend of non-GMO soy, pea and rice.

Impossible Foods Plant-based meats Beyond Meat meat alternatives Earth Day 2022 Plant Sifu Karana Foods Tindle Foods Omni Foods meat substitutes
Lorria Sahmet
Editor
After two years writing in luxury retail, Lorria now covers food and drink happenings in Hong Kong. When not taste-testing for the best fries in the city (shoestring, always!), find her cosied up at home skimming through Netflix or nurturing baby plants in her indoor greenhouse. She is happiest by the ocean with a giant fishbowl-glass of Aperol Spritz.
Food Drinks Culture Living Hong Kong
Sign up for our newsletters to have the latest stories delivered straight to your inbox every week.