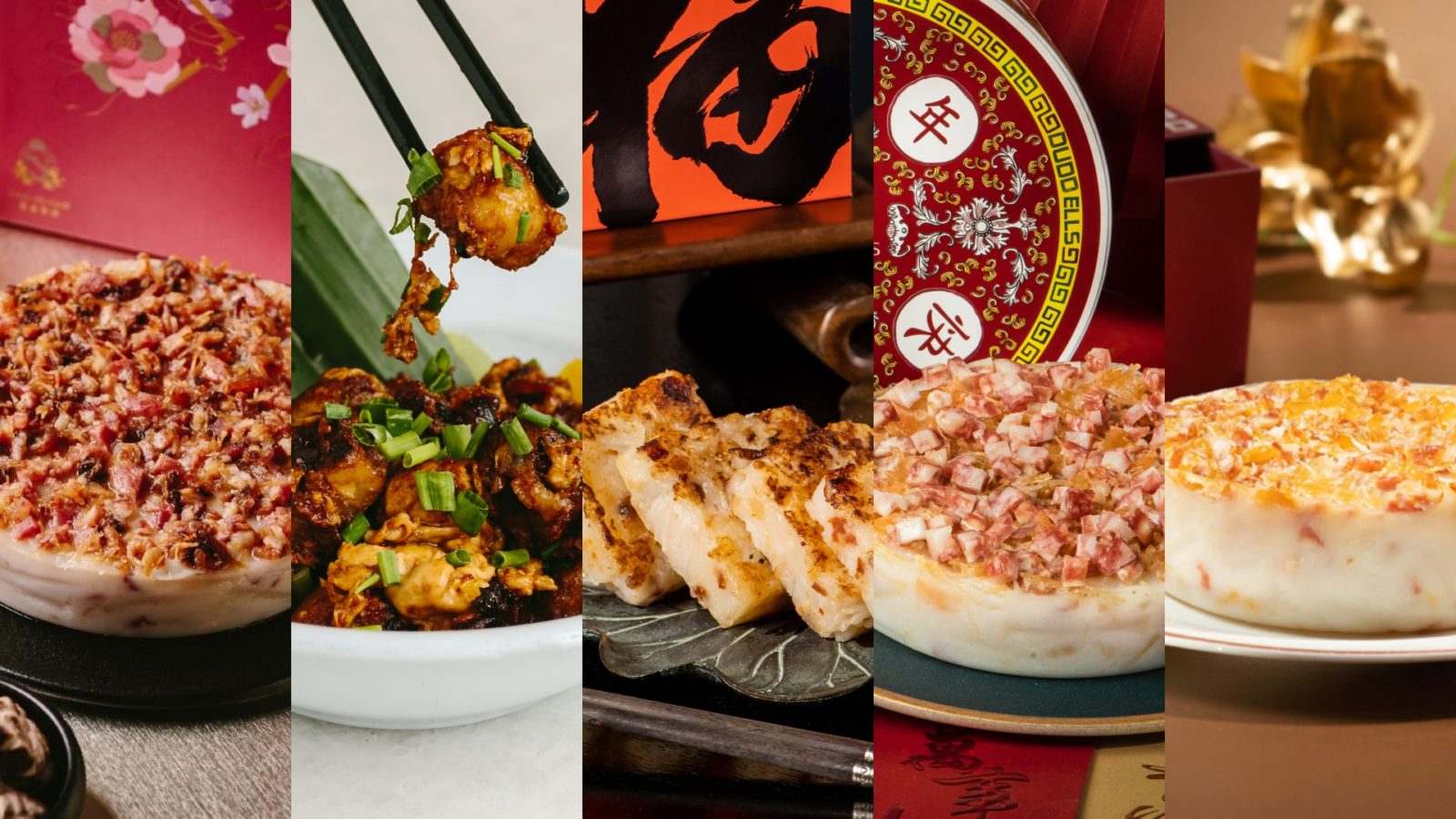 The thing about dishes classified as comfort food: everyone has a recipe of their own. Preciously passed down each generation. Practiced with a particularly talented friend. Replicated after an admired chef. But that’s exactly what makes comfort food comforting — they’ve been especially tailored to the lucky diner’s own tastes and preferences. Like the Korean kimchi; or the Italian ragù. Closer to home in Hong Kong, it’s the turnip cake, or “lo bak go” (蘿蔔糕), amongst others that have seen a myriad of evolutions in every home.

On a typical week, the turnip cake is an enjoyed staple in dim sum banquet halls or as an indulgent breakfast order. But during Chinese New Year, the steamed-then-pan-fried pudding takes on a traditional role and is eaten as a means to bring more luck and prosperity in the new lunar year. In my kitchen at home, my mother’s turnip cake is made with just dried mushrooms, conpoy and a tiny amount of preserved Chinese sausage. Yours is probably different. And so are the Chinese kitchens of these five notable chefs in Hong Kong. Here’s how they’re making their turnip cake this Year of the Tiger.

“I noticed that there are many innovative recipes and flavours from different chefs throughout the years, restaurants are trying to add new ingredients to the turnip cake to make it more premium, but I always believe that a perfect turnip cake should be made using a traditional recipe.

With the philosophy of Rosewood Hotels Group, “A Sense of Place”, in mind, we would use local radish. It has to be dense, sweet and juicy. Other ingredients include dried shrimp, conpoy, and premium Chinese sausages with a fat-to-lean meat ratio of about 3:7.”

Chef Li’s turnip cake tip: “A perfect Chinese radish cake should have an aromatic savoury taste, yet you can still taste the sweetness of the white radish. The texture has to be soft but crispy on the outside after pan-fried. It’s best to pair with The Legacy House’s signature XO sauce, which is handmade with my secret recipe, to enhance the umami of the radish cake.”

The process is as below:

Chef Paul’s turnip cake tip: “First of all, we have to avoid peeling the turnip as the water from the turnip will seep out during the steaming procedures. Instead, we should cut the turnip either in dice or finger-long size to keep the turnip hydrated. Besides, the flavour of the cake has to be perfectly balanced. Avoid adding additional seasoning as it will cover the freshness and the flavour from other ingredients, such as mushroom and Chinese preserved sausages.”

The steps are brief:

Chef Siu’s turnip cake tip: “It’s all about the quality of ingredients, from turnip, Chinese sausages and bacon to conpoy. For example, Japanese turnips and Japanese dried scallop yield more sweetness and aroma. It is better to use medium sized turnips as large turnip tend to have “hollow” flesh inside. Steaming the cake in a well-controlled heat is also very important to cook it thoroughly.”

“Radish cake or lo bak go is traditionally called carrot cake in Singapore. It is eaten any time of the year but specially in Chinese New Year for good fortune.

We make it with white grated radish, rice flour, dried mushroom and shrimps, but you can also add other dried items like Chinese sausages, scallion, abalone, et cetera, depending on your personal preferences.”

Chef Ho’s turnip cake tip: “A good texture is very important. The ratio and the type of ingredients used will determine that factor.”

This year, other than our signature Chinese New Year puddings, we also have a Fortune New Year Gift Set available, which includes a box of our turnip cake, and a bottle of the Duddell’s Signature X.O. sauce.“