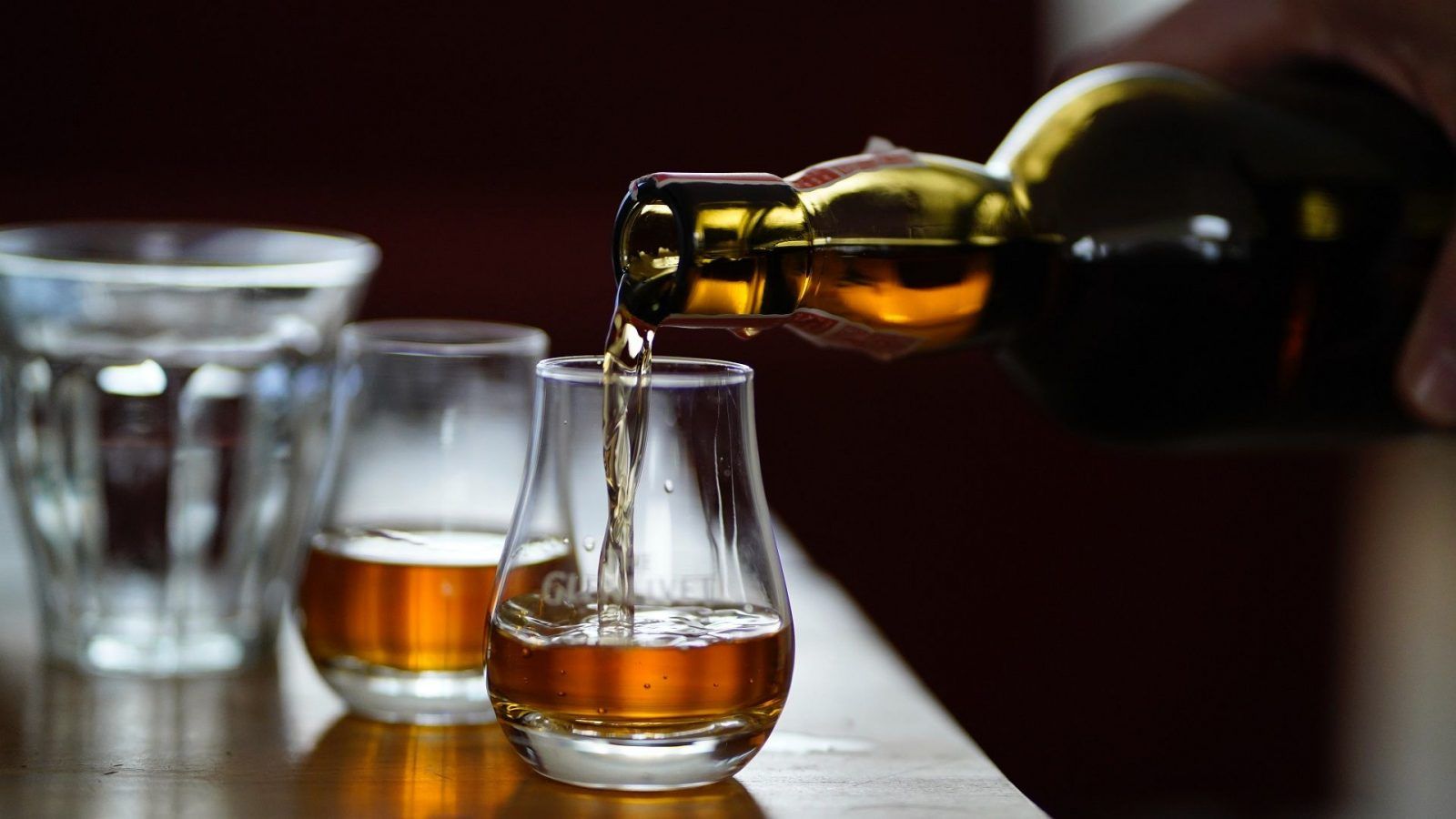 Scotch whisky is one of the world’s most famous styles of the alcoholic beverage consumed by several countries around the world in all inhabited continents. And India, too, features among the top Scotch whisky-consuming countries placed alongside the likes of France, the US and Brazil, among others.

It is generally produced at a single distillery using only malted barley as the grain — a type that is famously known as single malt. Rules in the UK dictate that a whisky can be called Scotch only if it has been produced and bottled in Scotland.

Some of the world’s most famous Scotch producers are Glenmorangie, Johnnie Walker, The Glenlivet, The Sassenach and Ardbeg.

It is noteworthy that the spelling “whisky” is associated with Scotch whisky only and any other type that is influenced by it. The other spelling, “whiskey,” is associated with Irish whiskey and the whiskeys produced in the US, where Irish immigrants brought the knowledge of distilling.

The global business environment of Scotch whisky is overseen by the UK-based Scotch Whisky Association (SWA), which publishes an annual list of countries that consumed the most Scotch both by volume and by value.

The 2021 report by SWA was particularly noteworthy. Released in February 2022, it revealed the slow but steady return to normalcy of the Scotch whisky industry, which, like all others, was affected by the pandemic through 2020 as bars and restaurants remained shut.

The SWA noted that the growth of global exports in 2021 was driven largely because of high demand in markets of Asia Pacific and Latin America, but observed that the growth wasn’t at par with the level in 2019, which is the pre-pandemic period.

Four countries — Taiwan, Singapore, China and Latvia — were not in the top 10 when countries were ranked by volume of bottles consumed. However, all four were on the list by value terms.

The value of Scotch whisky export to Taiwan was GBP 226.1 million (INR 23,175 million) in 2021, making it the third-most valuable market after the US and France.

Of the four, Singapore and Latvia posted a lower figure in value terms over the 2020 period and only Singapore had a lower 2021 figure when compared to the 2019 period.

China, on the other hand, witnessed a massive rise of 123 percent in value terms as compared to 2019 and 85 percent when compared to 2020.

Countries with the highest consumption of Scotch whisky

The French love their Scotch. In 2021, France consumed 176 million bottles — almost the same as in 2019 and 2020. As such, France has remained at the top of the Scotch whisky-consuming countries for the last three years.

India consumed 136 million bottles in 2021. The figure was 44 percent higher than 2020s 95 million bottles and marked the second-highest jump in consumption year on year after Brazil.

The SWA noted that India was one of the three key emerging markets (the other two being China and Brazil) where Scotch whisky sales “grew strongly.”

The United States is one of the biggest countries consuming alcohol. According to the Centers for Disease Control and Prevention of the US Department of Health and Human Services, around 66.3 percent, or two-thirds, of American adults aged 18 and over consumed alcohol in 2017.

Defined by value, the US consumed the most Scotch whisky in 2021. According to the SWA report, exports to the US stood at GBP 790 million (Rs 80,975 million) — more than double that of second-placed France. The US, thus, contributed 79 percent of the total GBP 1000 million, or 1 billion (Rs 102.5 billion) export value of Scotch whisky in North America in 2021.

The fourth-biggest Scotch-consuming nation by volume in 2021, Brazil recorded an export volume of 82 million bottles.

More importantly, Brazil recorded the highest year-on-year jump in volume compared to both 2020 and 2019, indicating that the pandemic failed to create a dent in the country’s enthusiasm to consume alcohol. While the 2021 figure was 80.5 percent more than that of 2022, it was 91 percent more than 2019. Yet, Brazil was not in the top 10 in both 2021 and 2020 when seen from the value of exports.

Brazil is renowned for its consumption of Scotch whisky. According to a 2021 report by WhiskyInvestDirect, a company which helps investors profit from whisky investments, 95 percent of the market is held by bottled blends. Citing Gregorio Guttierez, the head of Brazil, Paraguay and Uruguay markets of beverage company Diageo, the report says that the country’s northeast is particularly inclined towards whisky.

Japan is among the top whisky-consuming countries in Asia. In fact, the country’s own alcohol exports have been rising with each passing year. Of this, the lion’s share is held by Japanese whisky — a style that is modelled after the Scotch whisky process but has a unique character of its own.

According to a Nikkei Asia report, government statistics indicate that Japan exported USD 340 million worth of Japanese whisky in 2021. The figure marked a 70-percent rise over 2020 and was four times that of 2016.

With such a rising global graph of Japanese whisky, it is not a surprise that the country is also a major consumer of Scotch whisky.

Next on the list by volume is Spain. A 2019 report by Export.gov, a collaboration of US government agencies with the International Trade Administration of the US Department of Commerce, says that while tequila and gin are increasing in popularity in Spain, the “most consumed spirit is whiskey.”

As per SWA data, the European country, which shares its eastern border with one of the world’s largest wine-producing nations, France, recorded an export volume of 48 million bottles. This figure was 32 percent higher than the 2020 figure but 15 percent lower than in 2019.

Whisky consumption in Mexico has climbed rapidly in less than two decades. According to a 2016 report by WhiskyInvestDirect, the country was the 24th-biggest consumer of Scotch whisky by value and 23rd by volume in 2006. Today, as the SWA data reveals, it is the seventh-biggest.

Despite this, Mexico marched ahead on its whisky path in 2020 with the establishment of the country’s first whisky distillery, which launched its inaugural whisky, Abasolo — a drink that has already started creating waves.

As everyone knows, Germany has a large drinking population who love their beer. In fact, government statistics reveal that people in Germany drank 95 litres of beer per person in 2020. There are around 5,000 different types of beer and 1,300 breweries across Germany.

However, the country’s Scotch whisky consumption has also been quite steady, except for the period when the pandemic hurt businesses.

Scotch exported to Poland in 2021 was just about 45 million bottles. The figure was 37 million in 2020, which means that the rise was 19.4 percent year on year. Interestingly, Poland also witnessed a rise year on year over 2019 by volume, when Scotch whisky export to the country numbered 33 million.

According to a WhiskyInvestDirect report from 2020, whisky is taking an increasing share of the country’s spirits market even though it is relatively new in Poland. Of all whiskies, Scotch whisky is the clear frontrunner.

One of the largest whisky consumers in the world, the export volume to Russia was around 42 million bottles in 2021. Though the figure might appear low compared to the other nations on the list, it marked a rise of 40.7 percent year on year over the 2020 figure of 30 million bottles. What is especially noteworthy is that Russia’s 2021 figure marked a rise of 61 percent — or second-highest after Brazil — when seen year on year over the 2019 figure.

Both Russia and Poland did not feature in the top 10 of the list by the value of Scotch whisky consumed. The two countries were also not among the top 10 by value in 2020.

According to a report by The National, the SWA said that the value of the Scotch whisky exported to Russia in 2021 stood at GBP 28 million (Rs 2,870 million).