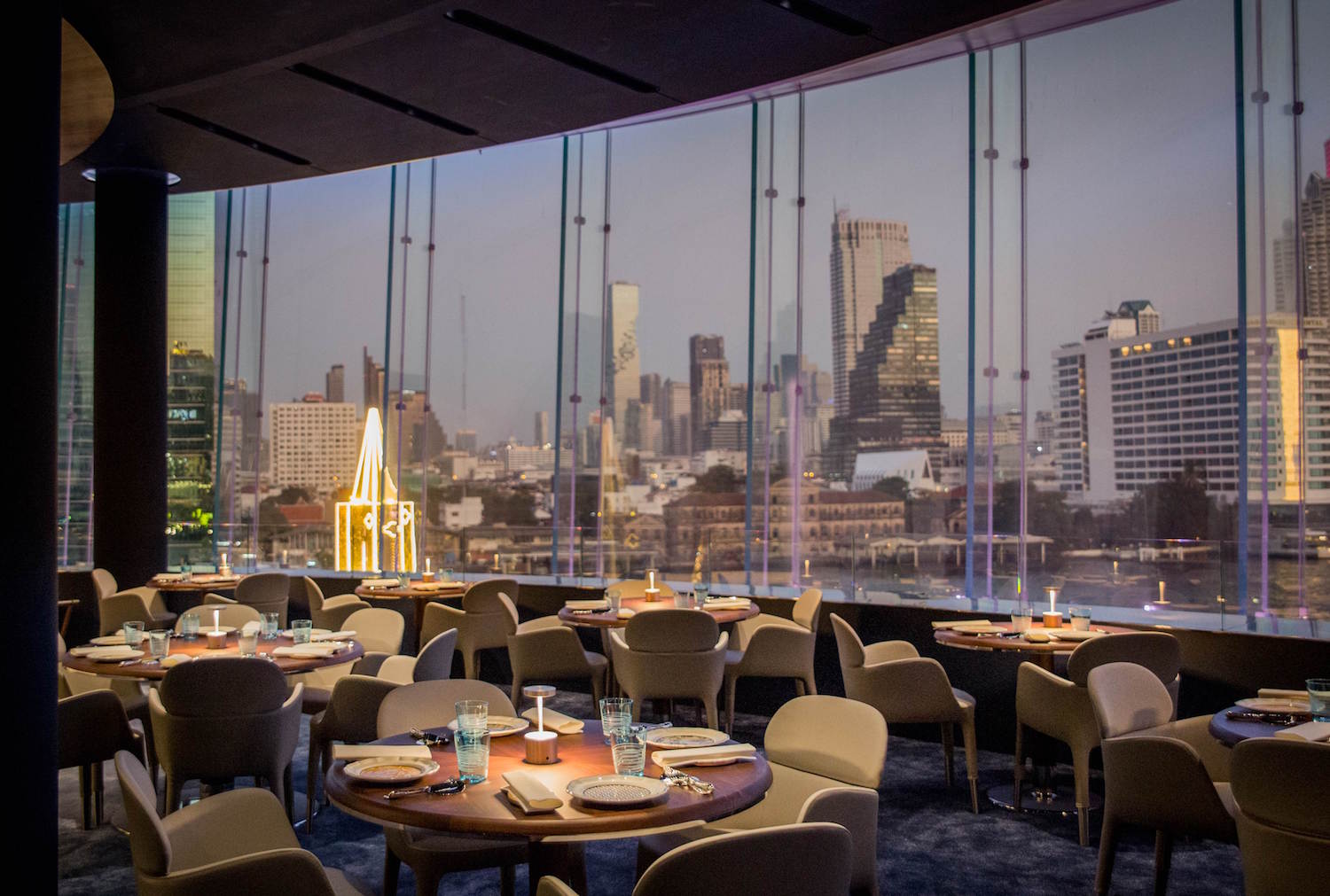 For over decades, when we talk about chefs who have been true indicators of a bright culinary future, the sacred name “Alain Ducasse” cannot be missed. Alain Ducasse is the first chef to have three restaurants all awarded three Michelin stars – one of them being the glamourous Le Louis XV restaurant in Hôtel de Paris Monte-Carlo. The French-native chef with his vibrant French cuisine also went on and swept another 21 Michelin stars across all his 31 restaurants, located in ten countries. Not only did this make him skyrocket to fame, but his award-winning eateries also popularised and highlighted French cuisine at its best. Aside from serving up gourmet fare around the globe, the man himself also sent out food outside the globe for NASA’s astronauts to enjoy as they orbited around the earth in 2015. And now, back on earth, Ducasse has decided to touch down in Bangkok and bring his top-of-the-world food back to the Thai grounds. Launching this December 2019, Blue by Alain Ducasse is situated within ICONLUXE, ICONSIAM, and is the decorated chef’s first flagship restaurant in Bangkok. The menu brims with modern French food served in a posh blue-gold-cream setting, overlooking the Chao Phraya River. “Blue is not a stiff restaurant. While it is extraordinary and very special, it is also very welcoming. It’s a place where you can really just feel comfortable and allow yourself to fully focus on a marvellous experience, enjoying the ambience, the view, the service, the wines, and, of course, the food,” said Alain Ducasse. Helmed by the Executive Chef Wilfrid Hocquet, who has been working for in Michelin-starred restaurants for over 20 years – including Ducasse’s Le Louis XV – Blue by Alain Ducasse boasts lip-smacking dishes, which will change according to seasonal ingredients. Foodies with a love and taste for fine French fare, book your table and take a ride through a contemporary French culinary voyage accompanied by a romantic river backdrop. As far as we know, Blue by Alain Ducasse might be catching up with its sister restaurant Alain Ducasse at Morpheus in Macau, which was given 2-Michelin-starred status after only being open for a year.

Alain Ducasse ICONSIAM
Kankanit Wichiantanon
Writer, Bangkok
Kankanit is a writer by day and a baker by night. If there’s one thing you should know about her, it’s that she can wax poetic about food 24/7. Her daily routine is writing, cooking, eating, repeat. They are the things that inspire her from morning 'til night.
Dining Culture Home