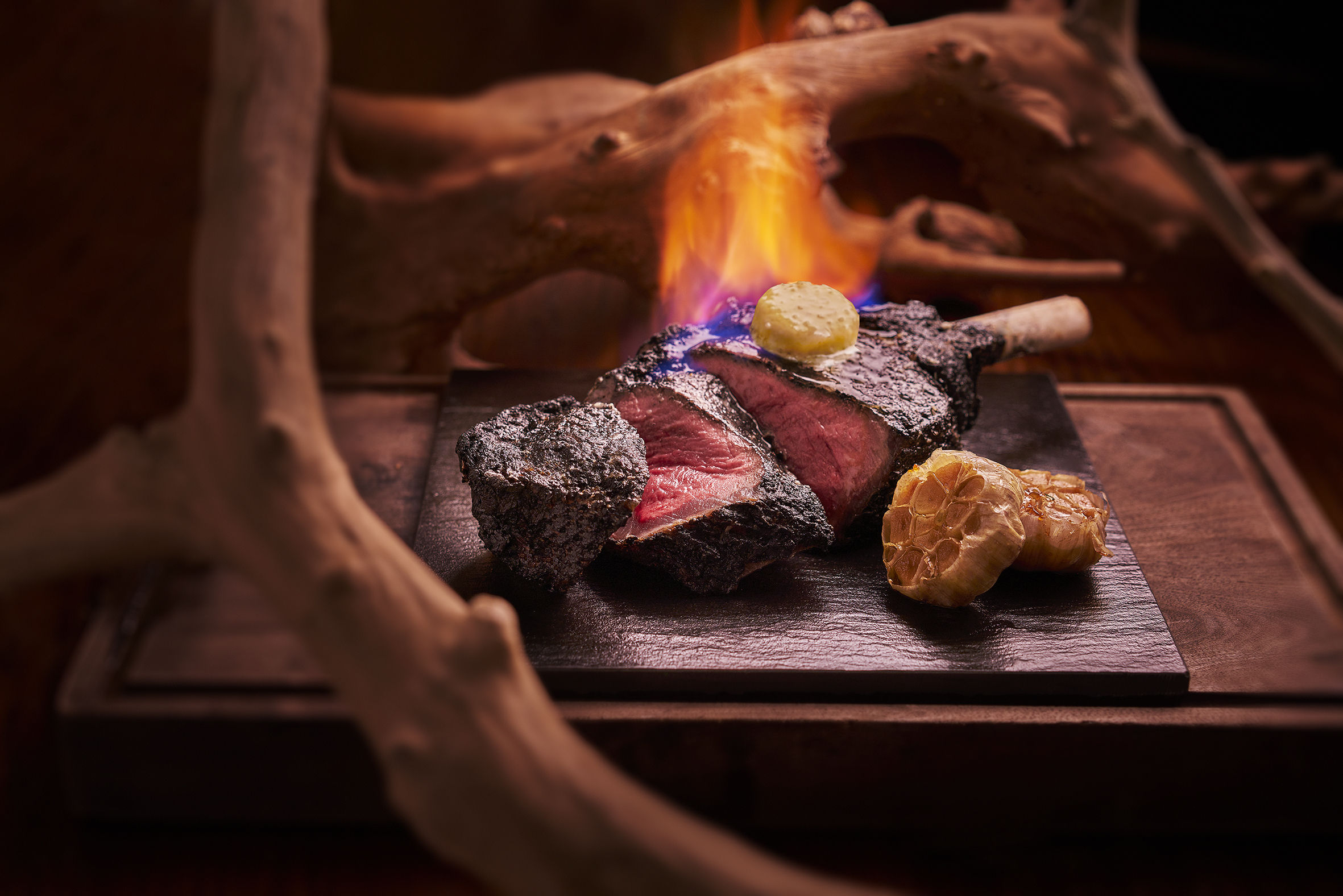 Bring on the bison: Where to find Hong Kong’s best wild game menus

Autumn marks the start of game season, during which seasoned chefs from all over put their magical touch on less-common meats, from venison to bison, partridge to pheasant. Leaner than traditional red meats, game is becoming increasingly popular on menus all over the world for its distinctively rich taste and versatility, pairing well with earthy, fall flavours in a range of applications. With Hong Kong’s top kitchens importing wild game from Canada to the UK, we can’t wait to tuck into these hearty menus that showcase these lesser-known cuts.

Nordic kitchen Finds is shining a spotlight on the unique flavours of the season with two clever dishes that pay tribute to the intense and rich flavours of wild game. Known for a minimalist, Scandinavian approach to cooking, the kitchen does justice to the versatility and deep flavour of game, pairing the protein with simple elements and artful plating. Start with a cold preparation in the smoked reindeer tartare (HK$158), with the smoky flavours cut through with golden beetroot, sour cream and pickled fresh lingonberries. Follow this up with the slow-roasted venison tenderloin (HK$398), the perfectly cooked protein accompanied by creamy barley risotto, wild carrot, pickled pumpkins and black currant sauce. Both dishes are available on the fall tasting menu, which also includes the restaurant’s signature salmon six ways, and pan-fried turbot with roasted root artichoke and baby fennel in a kale and tomato vinaigrette.

Hugo’s at the Hyatt Regency TST entices us every autumn with a beautiful menu thanks to chef Josef Gallenberger’s familiarity with wild game, rooted in his childhood growing up around the forests of Munich, Germany. This year, he celebrates the season with a number of rich European game delicacies, showing off their robust flavours with several specialty dishes available throughout December. Savour the gamey aroma in the red deer carpaccio, sliced thin with black truffle, parmesan, arugula, cold-pressed olive oil and honey pomelo; or go for the warming venison ravioli appetiser in a frothy chestnut cappuccino with apple balsamic, venison chips and grissini (breadsticks).

For mains, diners can delve into slow-cooked pheasant breast paired with champagne cabbage, mashed potatoes, grapes and bacon in Burgundy sauce; or opt for the stronger-tasting, grilled French wild boar loin with black salsify, carrot, brussel sprouts and bacon in port wine jus. Those seeking the robust flavours of venison will find satisfaction in chef Josef’s version, where the wild meat is padded down with a herb crust, then set on a bed of truffled celery root mash with cepe mushrooms, leeks, banana shallots and cranberry. All of the dishes can be accompanied by shavings of Alba white truffle for added indulgence.

From now until March 2018, a special treat is appearing at the Grand Hyatt Steakhouse — bison meat, available in Hong Kong for the first time, and sold exclusively at the Grand Hyatt. Coming back from the brink of extinction (the number was down to less than 1,000 at the turn of the 20th century), bison is enjoying a renaissance of sorts as it becomes increasingly popular on menus across the United States.

Now brought to Hong Kong by Executive Chef Gerhard Passrugger, the lean yet rich-tasting, grain-fed bison is celebrated in a range of preparations including bison tartare (HK$220); bison bone-in ribeye, charred with bamboo ash and flambéed with bourbon and roasted garlic butter (subject to availability); and slow-roasted short ribs (HK$580) infused with bison herbs and smothered in a tangy maple glaze. For the ultimate red wine and meat feast, pair the bison with a bottle from the restaurant’s vast wine cellar, which contains more than 600 labels from around the world.

Chef Agustin Balbi came roaring out of the gate with the opening menu of his new kappo-style restaurant, Haku, and we’re looking forward to more good things to come from the seasonally rotating degustation at this Japanese chef’s counter. The latest menu incorporates wild game, utilising fresh Challan’s guinea fowl leg in one of Balbi’s favourite cooking methods: roasted over binchotan charcoal, and served alongside a jus made from the roasted bones of the guinea fowl infused with umami from porcini mushrooms. Pretty as a picture, the guinea fowl dish appears on the 8-course tasting menu alongside signatures such as the sea urchin with red miso and eggplant on toasted brioche, and the Polmard beef and tuna tartare topped off with a layer of kristal caviar.