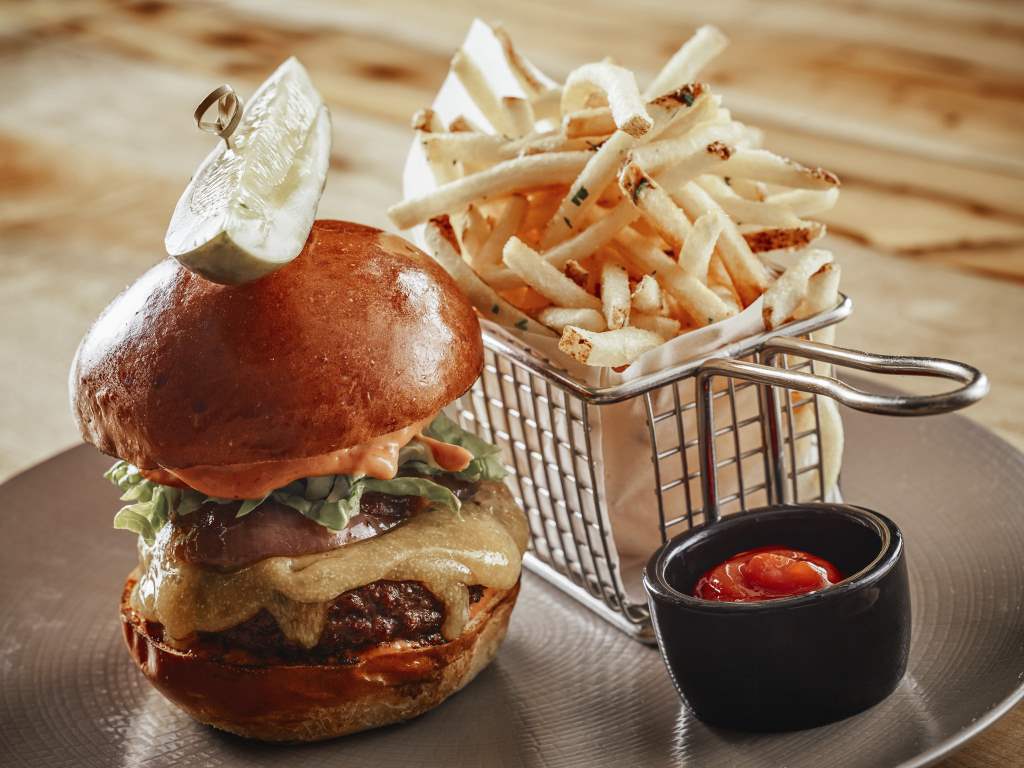 The celebrated chef Wolfgang Puck has opened his first restaurant in Hong Kong — although you’ll need to be in transit to try the famous Austrian chef’s cooking. Soft-opening this month (the grand opening is slated for 9 October), the chef best known for his Hollywood hotspot Spago is expanding his mini empire of airport outlets with his first-ever Hong Kong restaurant, located in the arrivals hall of Hong Kong International Airport (look for the old McDonald’s space next to Tai Hing).

Mirroring sister outlet in Changi Airport which opened in 2017, Wolfgang Puck Kitchen is one of a string of successful fast-casual concepts (including Wolfgang Puck Express and the Kitchen Counter) that are mostly scattered in busy airport terminals around the United States, with a few additional key international locations from Singapore to Sydney.

Jet-setters may want to plan an extra hour at the airport to stop by the grab ‘n’ go kiosk or settle down in the restaurant, serving a quintessential California-inspired menu with an emphasis on high-quality seasonal ingredients. The fast-casual eatery is targeted towards travellers on the move  — although comfy booth and bar seating also ensure a space you can linger should you be waiting around for a while. Open daily from 6:30am–12:30am, the restaurant offers breakfast, lunch, tea, dinner and late-night supper, as well as a full bar menu complete with cocktails. For breakfast, take your pick of American-style breakfast foods or opt for the all-day à la carte menu for classic comfort dishes, from gourmet pizzas to pastas and heart-healthy salads.

Wolfgang Puck new openings hong kong airport wolfgang puck kitchen
Leslie Yeh
Editor in Chief
Having worked as a lifestyle editor for almost 10 years, Leslie is thrilled to be writing about the topic she loves most: wining and dining. When she's not out pounding the pavement for the latest new restaurant opening or tracking food trends, Leslie can be found at home whipping up a plate of rigatoni vodka and binge-watching Netflix with a glass of Sauvignon Blanc in hand.
Dining Restaurants Food Trends Drinks Travel
Sign up for our newsletters to have the latest stories delivered straight to your inbox every week.