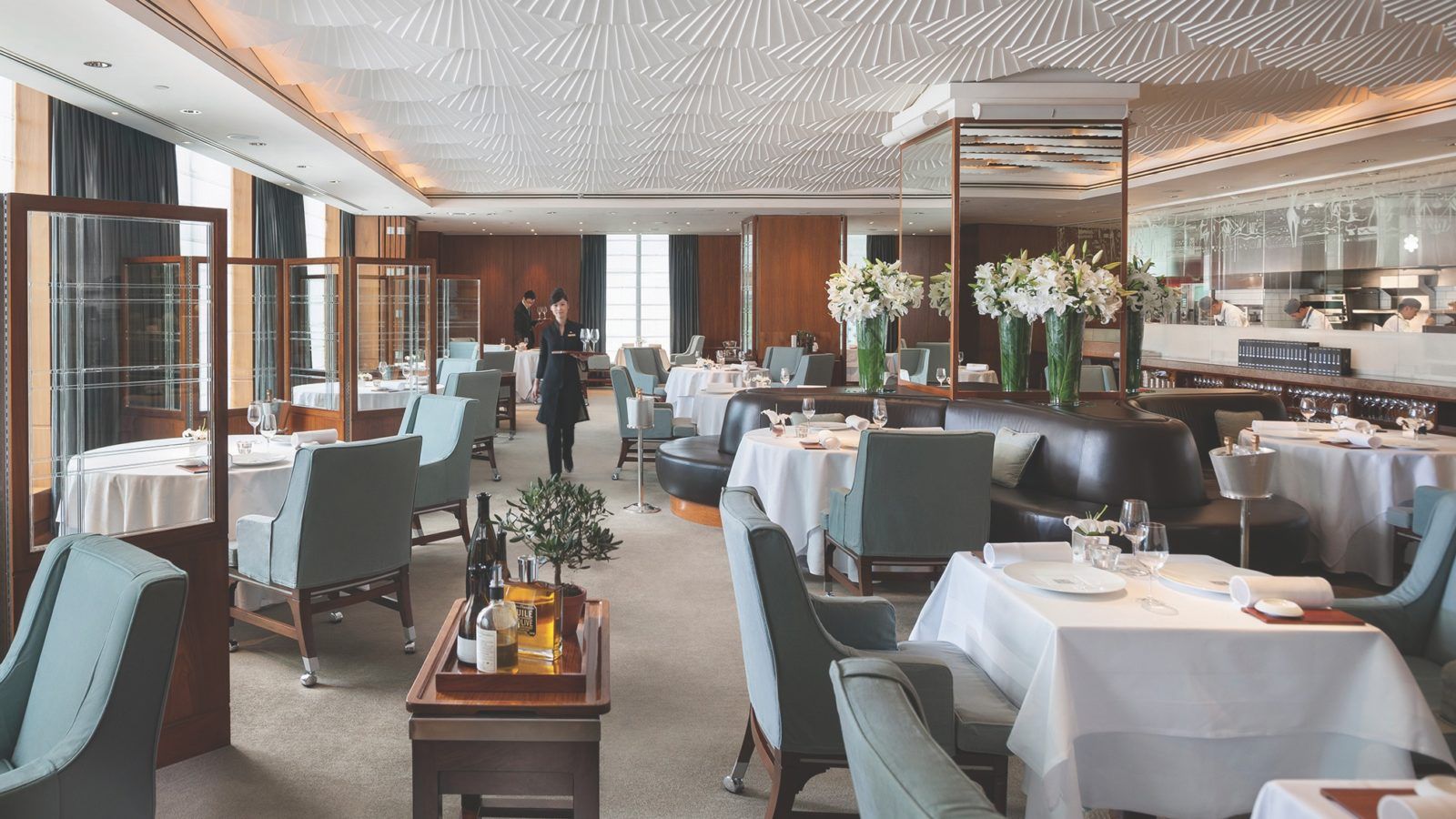 If you spend a day devouring your way through Mandarin Oriental’s roster of excellent dining destinations, you probably won’t catch Robin Zavou at just any one location. Maybe you’d spot him behind the open kitchen bench at Mandarin Bar + Grill. Or, maybe you’ll brush a brisk shoulder with him while striding through the immaculate lobby. As the executive chef of the establishment, Zavou’s role oversees all eight of the Michelin-starred restaurants, swanky bars and intimate dining rooms.

So, he’s everywhere. All the time.

“Cooking is all I ever wanted to do as food played an important role for my family,” Zavou explained. “Food has taken me around the world, opened my senses and taught me more than I can imagine.”

For a seasoned chef who’s spent the better half of his life — 26 years! — doing the thing he adored the most, which without question, is cooking, Zavou now refers to his existence as a chef simply “a lifestyle”, rather than a meticulously planned career choice.

His travels are recalled through unique food experiences; his own kitchen a treasure trove of ingredients. And while he curates award-winning menus at the sleek five-star restaurants, his home-cooking is not too shabby either, citing two delicious dishes that seems to be fare way better than the typical weekday pasta bake that you or I might have: Shepard’s Pie and Rosti Potato with Fried Egg. But as for the veteran chef’s weakness? Chocolate bars. Thankfully, just like the rest of us.

Zavou’s time at the Mandarin Oriental began a decade ago in 2012 when he brought along his illustrious resume to the distinguished hospitality great: two-Michelin star L’Ortola, which also happens to be the recipient of five AA Rosette awards (UK’s nationwide distinction for exceptional restaurant quality and service); one-star New Angel in Dartmouth with three AA Rosettes; and Le Manoir Aux Quat’ Saisons in Oxfordshire.

And while Zavou’s familiarity around running successful restaurants is clear, he’s knowledgable in managing brands at five-star establishments too, having previously been at the Shangri-La Hotel Group in both Hong Kong and Singapore. He maintains a strict standard for fresh produce and a thoughtful menu that is uncomplicated in ideation, but perfect in flavour.

Should you head to the Mandarin Oriental for a bite of Zavou’s cooking, you’d find a good representation at The Krug Room, a private tasting room created in collaboration with Champagne royalty, Krug. Coincidentally, The Krug Room has just introduced a new Krug Studio Experience celebrating the release of the Krug Grande Cuvée 170th Edition, 175 years after the Grand Cuvée was created, and the launch of the Krug Rosé 26th Edition. Set to showcase the labels in a renewed sensory light, a musical score curated by reputed composter Ozark Henry is set to complement each effervescent sip.

Enjoy the melodious strums of the 195-person orchestra, but also worth your full attention at The Krug Room is Zavou’s inspired take on the British classic Fish and Chips, made here, in glitzy five-star fashion, with potato soufflé, caviar and deep-fried crab.

Roast beef Sunday lunch with the family and friends.

The Krug Room is a great place for me to create some of my favourite dishes including my version of “Fish and Chips” which is made from potato soufflé, topped with caviar and deep fried crab; Lobster that’s marinated in Krug Champagne with a light soy jelly and caviar; and also my smoked Wagyu, wrapped with nori and pickle.

Your favourite local Hong Kong ingredient to use?

Yes, I cook at home. My go-to dish to cook is Shepard’s Pie.

There’s honestly too many to mention but I would say that my first experience at Le Manoir in Oxford, U.K. was one of the best meals I’ve ever had.

Travelling to Morocco and seeing the markets with all the spices.

To see friends and relax over a glass of wine.

Mandarin Oriental Hong King cheat day robin zavou
Lorria Sahmet
Editor
After two years writing in luxury retail, Lorria now covers food and drink happenings in Hong Kong. When not taste-testing for the best fries in the city (shoestring, always!), find her cosied up at home skimming through Netflix or nurturing baby plants in her indoor greenhouse. She is happiest by the ocean with a giant fishbowl-glass of Aperol Spritz.
Food Drinks Culture Living Hong Kong
Sign up for our newsletters to have the latest stories delivered straight to your inbox every week.