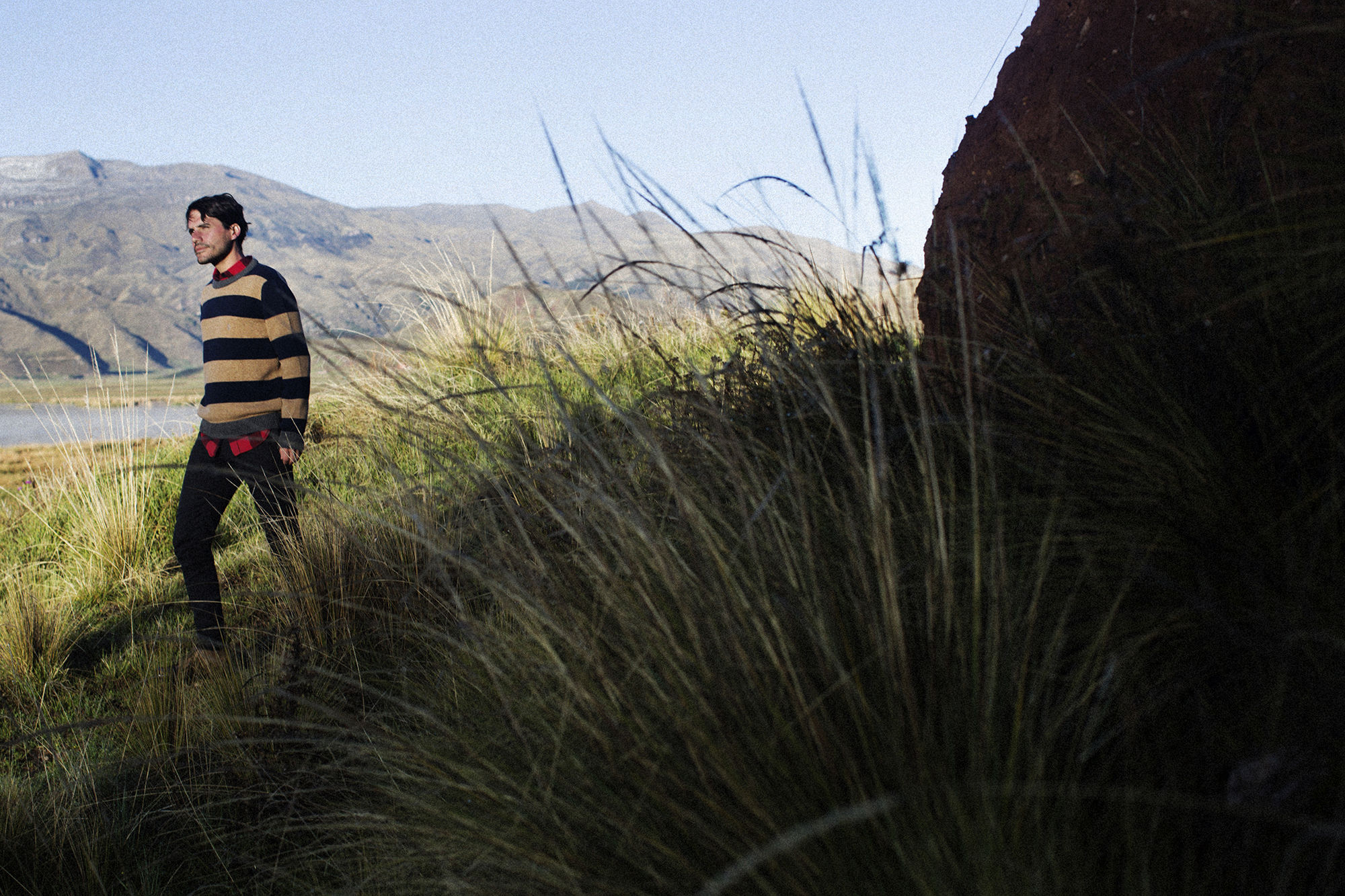 As a child, Virgilio Martinez, the acclaimed chef behind Central didn’t get to step foot beyond the confines of Lima, Peru’s capital city. It was a pity as the country is one of the most topographically diverse regions in the world. It boasts the cold mountain ranges of the Andes, the piranha-infested jungle rivers of the Amazon and stunning beaches where the waves of the South Pacific Ocean break into sighs upon the coast.

“When I was 12 years old, we faced terrorist attacks and it was too dangerous to leave the city — it’s like we had a wall,” explained the Peruvian chef. “My childhood was just going to school and going home – we were trying to stay safe and not going out to just… stay alive.”

Chef Virgilio Martinez was in town recently for a four hands collaboration with chef Julien Royer at Odette. The menu showcased both chefs’ creations, but most notably, a range of ingredients from Peru along the lines of piranha, red cactus, cacao and assorted Andean grains. In yet another dinner he held here last year, he brought edible clay which piqued the curiosity of local diners.

Now that the country is in a much better place, the 40-year-old chef spares no effort to explore every last nook of the country, hauling back its bounty and the cooking techniques of far flung communities. It’s part anthropology and part gastronomy as these are brought back to a research lab before being catalogued and then interpreted into dishes to present to the world.

Peru’s progress
Peru has come a long way. What was once a country ravaged by violent political upheaval has emerged as one of the world’s hottest culinary destinations. This was a country whose bloodied war with domestic Communist factions claimed 70,000 lives, leaving 1.2 million Peruvians still living in poverty in 2016.

Yet the nation has made magnificent strides. A recent Reuters report noted that more than 20,000 Peruvians have been leaving poverty each year. Much of this is thanks to a mining boom and determined leadership, but the country has also cultivated a formidable restaurant scene thanks to the efforts of chefs like Gaston Acurio who founded Pachacutec Institute of Cooking. It’s a culinary school meant for the underprivileged – a way up the ladders of social mobility.

Indeed, for all the talk of fine dining and restaurants being a space for the affluent, the industry has provided jobs and uplifted not just individuals but entire communities.

Between 2005 and 2013 alone, the number of restaurants has shot up from 45,000 to 100,000. The restaurant scene is in fact, so central to Peru’s well-being that the Financial Times reported that 5.5 million Peruvians “benefit directly or indirectly from the industry.”

“When Gaston Acurio started to work on Pachacutec, he opened opportunities for all sorts of people,” said chef Virgilio. “That provided jobs.”

Today, three of Lima’s restaurants are on the list of the World’s 50 Best Restaurants, with Central taking pride of place at number five. Chef Virgilio has also opened a restaurant in London named after the country’s capital which now has a Michelin star and an offshoot in Dubai.

Plating an identity
What’s clear is that Peruvian food has moved out of its shores and managed to globalise its flavours. Beyond jobs, it has given the Latin American nation a cultural identity to celebrate.

“Those days it was difficult to have an identity as a Peruvian — to have this feeling and pride of being Peruvian,” said chef Virgilio during the era of conflict. “Food gave us a lot of faith. It brings us together as a nation. It brings everyone on farms and our landscapes — who speak different languages — together to create food inside and outside of restaurants.”

Understanding why this is so requires a look at the supply chain. One example he cites is his clay supplier. These are not made into ceramics as one might assume but eaten. For centuries, some communities living in the Andes have eaten clay – not just any clay off the ground but from specific locations deep under the earth where the minerals remain unspoilt.

“When food is too sour, people will add clay,” explained the chef. “This is knowledge from thousands of years ago, and this is what I see when I visit the people living in the mountains and the Andes. It’s not common in the city so I thought I need to bring these emotions and knowledge to my city, Lima.”

In doing so, he shines a spotlight to the culture of the Andes in his 40-seater restaurant. More importantly, working with these suppliers supports them financially and instills a sense of cultural pride.

“He has never thought that he would be foraging clay for restaurants — only for his family,” said chef Virgilio. “Now he’s producing for quite a few restaurants in Peru and you see how his family and his community is changing.”

On being a visionary
Clay is just one of the many indigenous ingredients he serves at Central. These form part of a tasting menu that’s a major rethink of how food is served at restaurants. Thus far, the format at fine dining establishments has always taken note of an ingredient’s origin on a horizontal perspective.

That means, for instance, a French restaurant would note that the chicken was raised in Bresse, while the truffles on the same dish are from Perigord. At Central, this concept is flipped on its head. Instead, designations of ingredients are highlighted based on the altitude on which it is grown.

It is a way of looking at his own country and understanding it in a way possible only after the many sojourns he makes with his team.

The ‘High Andes Mountains’ dish of pork, black mashwa (a tuber), water caltrops and kaniwa (a type of grain) for instance is from 4100m above sea level while the ‘Rock Molluscs’ dish of sea snails, mussels, sargassum (seaweed) is from -10m.

These come together on his menu meant as a celebration of all that Peru has to offer. “Regardless of our economic situation, political corruption and the terrible things that happened to our country, Peruvian cuisine has always had a message of diversity and union,” explained the chef.

It’s a message that he’s keen to showcase, for besides attracting diners from over 50 nationalities in any given month at Central, he makes visits abroad and acts almost as a cultural ambassador for Peru.

“When I travel, I don’t necessarily promote our restaurant,” he said. “I’m not here to promote 40 seats. It’s way bigger than that. Food, nature, landscapes, design and even art is coming together in a big way. It’s beautiful what’s happening in Peru.” 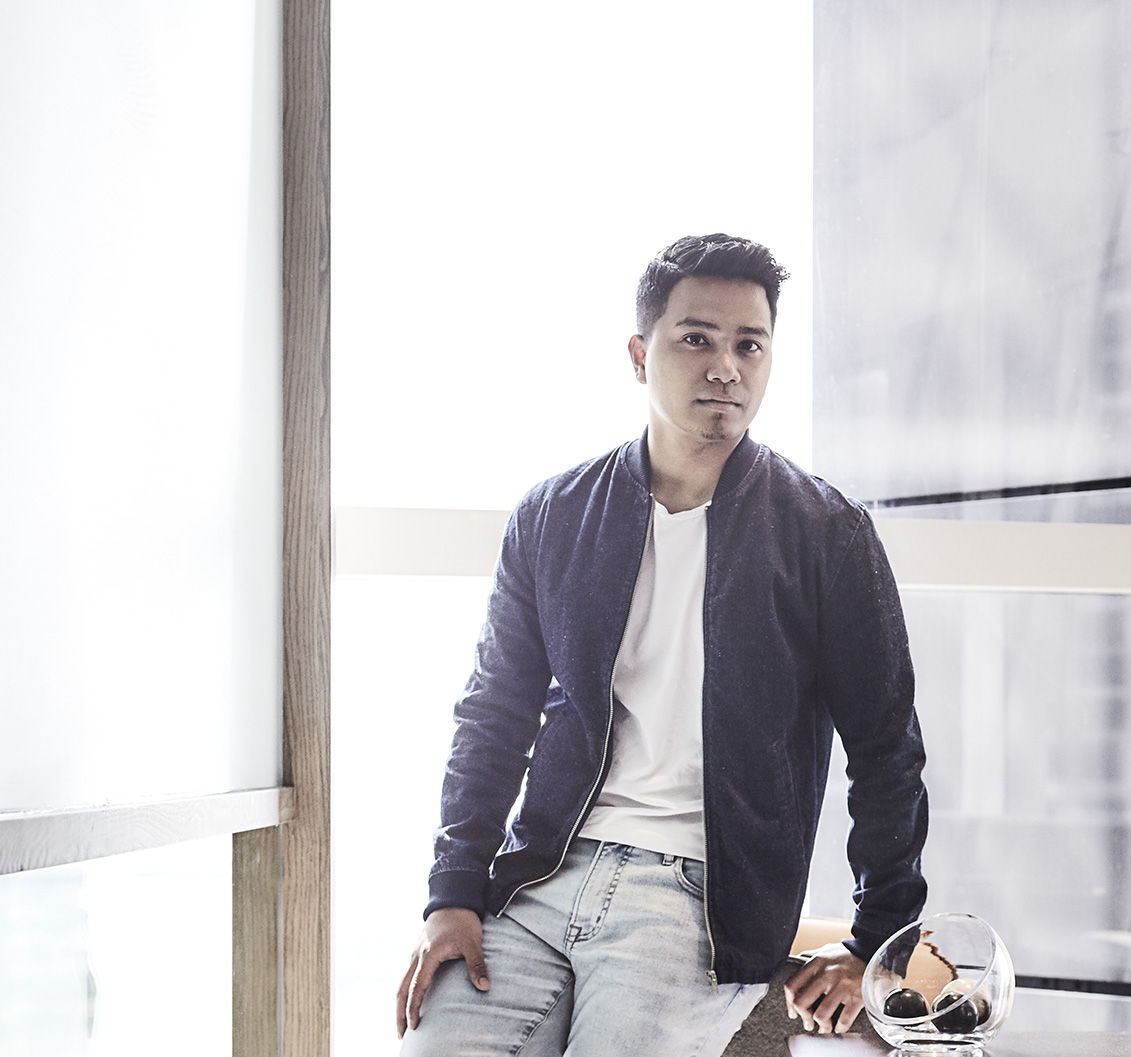