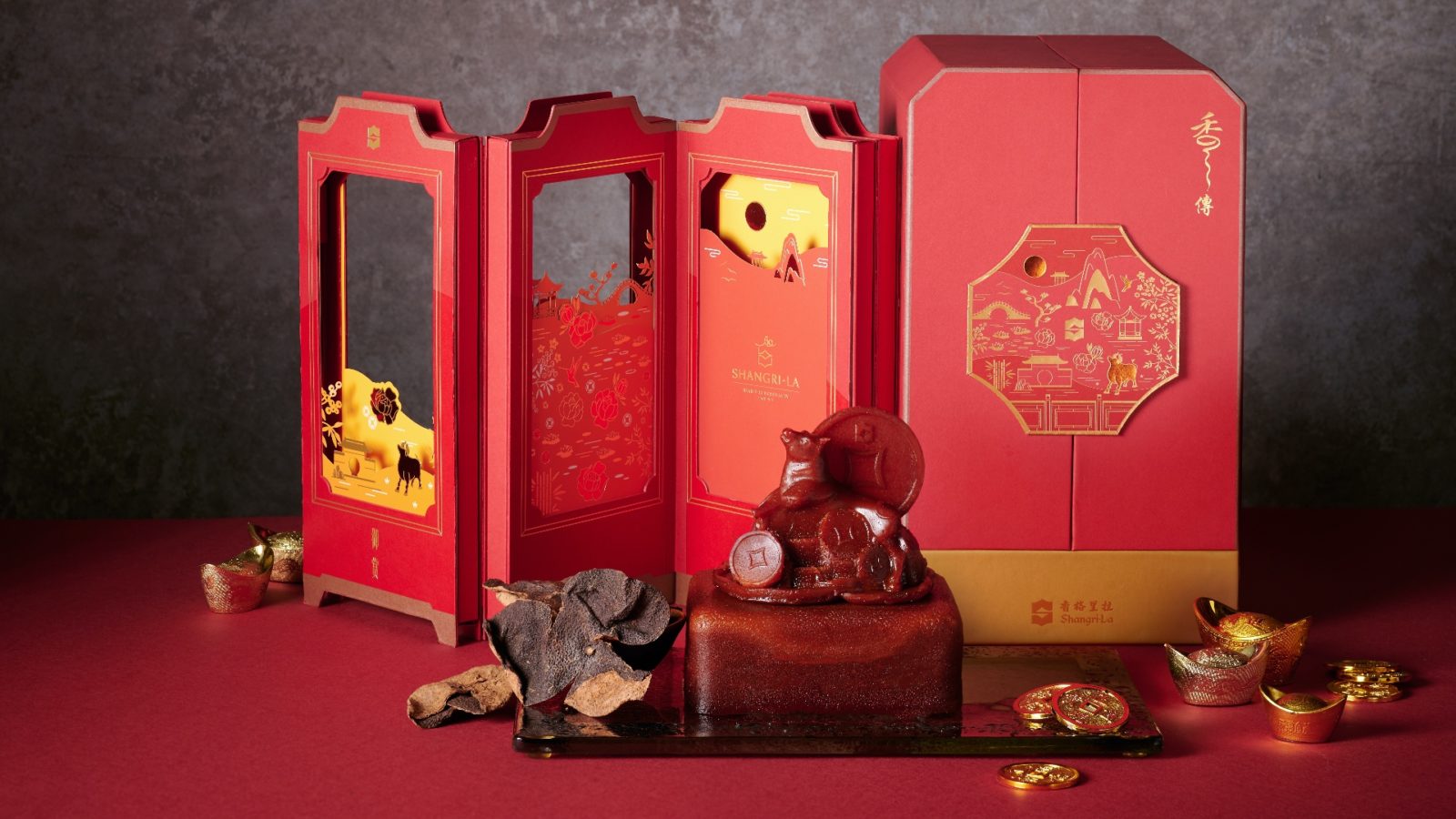 Chinese New Year. The celebration of a momentous start to a new year. A gathering of family, good friends and great food. Here’s where to indulge in the best Chinese New Year puddings in Hong Kong.

On top of dining customs shrouded in symbolic means — dinner menus should comprise of eight (八) dishes, a homophone to prosperity and wealth (發) in Chinese; fish is served in reference to a Chinese idiom that wishes for abundance (年年有餘) — two dishes continue to lead as the holiday’s must-have: leen goh and turnip cake.

Not-to-be-missed Chinese New Year favourites, the former is a sweet sticky glutinous rice cake, often referred to as pudding due to its similar chewy consistency; while the latter, a savoury creation traditionally comprised of grated radishes with dried ham and conpoy. Like holiday traditions passed down generations, there’s a different way to celebrate and different preference for traditional pudding in every family.

From traditional recipes to more modern takes, here are a few of the season’s best puddings to savour.

It’s all about the new and the novel at Island Shangri-La. Giving the traditional pudding an innovative rehaul, Summer Palace’s executive chef Leung Yu Kin releases two limited edition creations made for the holiday. The leen goh (HK$1,288), statue-like with a moulded Ox positioned atop, is remade with Tokachi red bean as a nostalgic nod towards palm-sized street snack and infused with 80-year-old dried tangerine peel. As for the savoury radish cake (HK$528), the humble pudding is brought to new aromatic heights with minced morels, 88-month Iberico ham and an unconventional sprinkling of Emmental cheese which delightfully adds to the richness of the loaded delicacy.

At the Four Seasons’ Lung King Heen, the seasonal flavour is a potato pudding mixed with chestnut batter and flavoured with salted egg yolk, conpoy and silver fish (HK$488). A nod towards the famed and favourite ingredient, salted egg yolk, the addition of silver fish adds rich umami and marries the two ingredients for a satisfying mouthful. The savoury creation is then steamed for 60 minutes before serving. Also on offer are perennial favourites: a sweet, coconut milk base leen goh (HK$488), turnip pudding made with abalone and taro pudding flavoured with black truffle and air-dried meat.

Order details: China Tang’s new year pudding is available for order from now through to 11 February. Early bird offers at HK228/box are available for offers placed before 22 January.

Traditional flavours and crowd-favourites aside, Cuisine Cuisine at the Mira presents two new creations for the Year of the Ox: A lighter rendition on the classic, the new turnip cake (HK$408) is vegan-friendly and flavoured with Italian black truffle and shredded king trumpet mushroom, while the sweet leen goh is reimagined as a refreshing Osmanthus pudding  (HK$448) layered with rose puree, roselle and creamy coconut before topped off with bird’s nest and gold foil. Aside from being a delightful holiday treat, both puddings will make for a wonderful gifting treat for the festival.

Order details: Cuisine Cuisine puddings can be ordered at the Mira eShop here. An early bird offer of 20 percent is available for order placed before 31 January

Order details: King Kitchen puddings can be ordered here and at all Green Common locations in Hong Kong.

Cantonese cuisine stalwart Ying Jee Club is a celebrated go-to spot each festive season. This year, the two-Michelin star fine-dining establishment serves up two of its classic Chinese New Year puddings as per tradition. Handcrafted by executive chef Siu Hin Chi from the finest ingredients, the two delicacies include the turnip pudding with conpoy and preserved Chinese sausages and Chinese bacon, along with coconut milk and ceylon black tea pudding (HK$238) for sweeter palettes.

Order details: Ying Jee Club puddings can be ordered via reservation@yingjeeclub.hk or by calling +852 2801 6882 from now until 11 February.

Taking a page out of traditional Chinese recipes, one-Michelin star Yat Tung Heen keeps its straightforward and simple when considering the two Chinese New Year puddings. Time-honoured and traditional, the sweet, sticky, glutinous leen goh (HK208) is a nostalgic creation with creamy coconut and cane sugar that leaves a light, delicate sweetness. The turnip pudding (HK$228) follows suit, nodding towards well-established methods with the addition of dried shrimp, conpoy, and air-dried meat. Certainly both a fine, faultless take on the classic dish.

The reputed Canontese eatery, Yung Kee, has been renowned for the preserving the cuisine since its founding in 1942. The puddings, then, are an apt reflection of the traditional flavours and tried-and-true recipes. For Chinese New Year, the restaurant is offering a choice of three: organic turnip pudding, featuring radishes cut, not grated, into thick strips, and mixed in with homemade cured pork sausage and dried shrimps from Thailand; organic coconut rice cake, recreated with low-fat coconut milk for a healthier take; and the restaurant’s mainstay, water chestnut cake, prepared with sweet, juicy Beixiang water chestnuts for just the right measure of crunch.

Welcoming the Year of the Ox with boundless luck and good wishes, Ming Court’s executive chef Li Yuet Faat has prepared two premium Chinese New year puddings. The coconut-base leen goh (HK$268) is kept sweet and simple with a traditional recipe, and include coconut flakes on top for extra texture. For those who prefer the savoury counterpart will appreciate Ming Court’s rewnewed take on the classic turnip pudding (HK$328), made with whole abalone, conpoy and preserved meats soaked in rose wine for a lighter, more fragrant aroma.