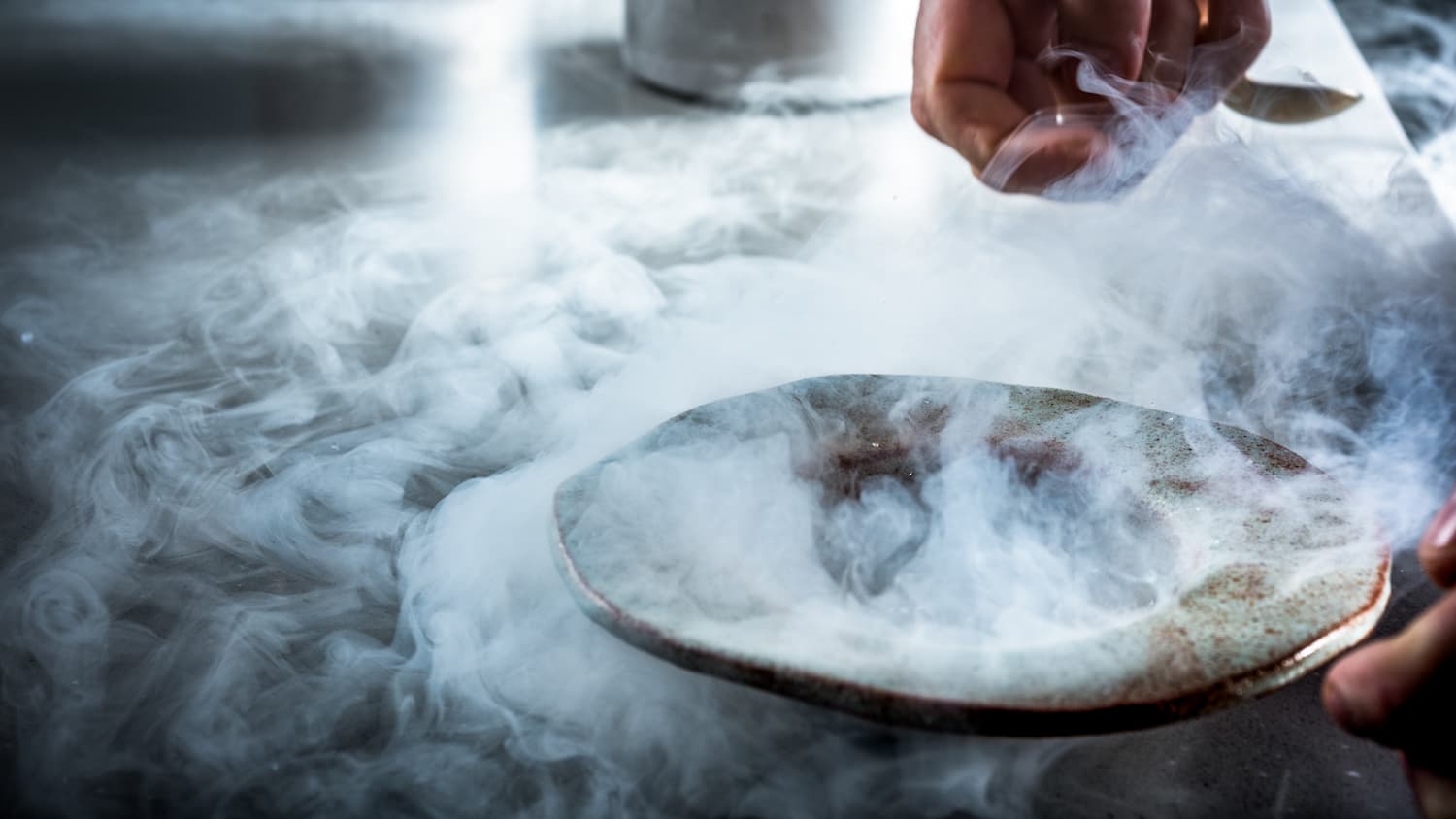 Open for less than a month, Aulis Hong Kong from renowned British chef Simon Rogan has officially become of the hottest tickets in town: the restaurant’s Facebook page now states that the tasting counter is booked up through the end of February, with only single seats available on select dates (should you be brave enough to venture solo). It’s no surprise given the amount of hype surrounding the first international venture from the chef, who catapulted to fame for his visionary cooking style, cookbooks and pile of accolades, including earning an elusive two Michelin stars at his flagship L’Enclume, and one Michelin star at both of his restaurants in the Cartmel countryside, Roganic and Rogan and Co.

Building upon his success in the UK, Rogan has chosen Hong Kong as the destination for his first two international outposts: Aulis Hong Kong and Roganic Hong Kong, the latter of which debuts next month in the same shared space as Aulis.

Anyone who’s had the pleasure of dining at Rogan’s restaurants will know that precise technique and innovation form the two pillars of his cuisine: Aulis itself first sprouted from the idea of a developmental kitchen for experimenting with recipes which could eventually make it onto the menu at L’Enclume. The 6-seat Aulis Cartmel debuted in 2016 as a separate tasting counter within L’Enclume, followed in 2017 by the standalone 8-seater, Aulis London. Enshrouded in mystery, Aulis London has no listed address; instead, guests are given directions only after they make a (hard to come by) reservation through the website. 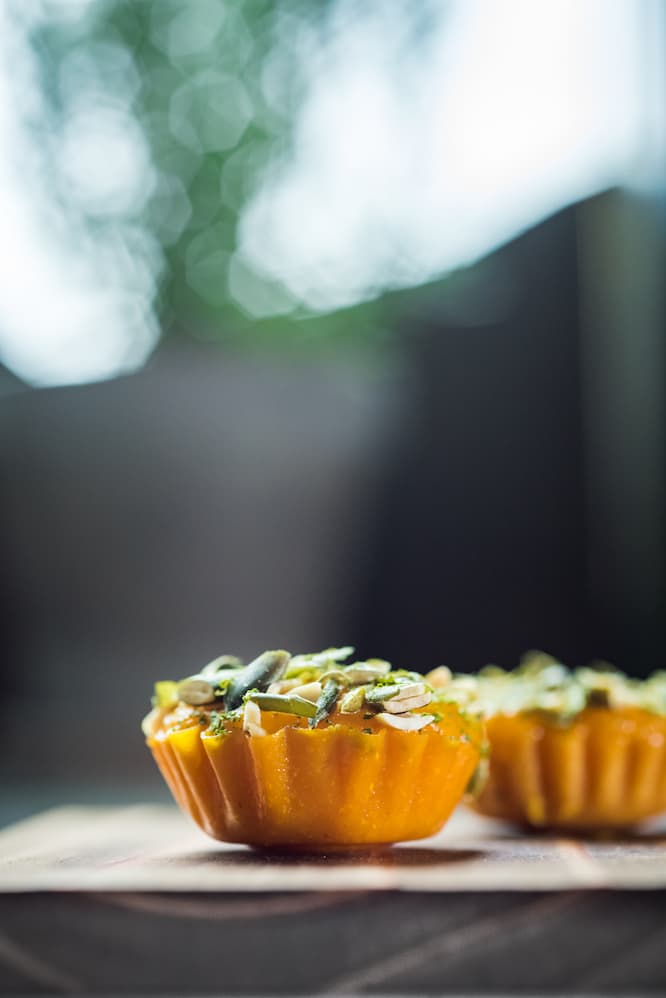 Five flavour codfish is enveloped in a vibrant green sauce made from fish bones, seaweed and spices.

For the lucky few who snag a behind-the-scenes look into the Rogan kitchens, the experience at Aulis provides a unique multi-sensory experience from start to finish: a dynamic, ever-changing series of innovative dishes punctuated by engaging interactions with the chefs and entertaining theatrics. One or two chefs — depending on the number of diners — create and plate each dish on the spot for the group of diners every night, using the latest advanced kitchen equipment to create a progression of dishes, each of which is meant to expand the diners’ minds and shift their perspectives on food itself. In fact, the only thing that can be expected is the unexpected.

Plants with a side of meat

While the 12-seat Aulis Hong Kong is slightly larger than the previous iterations of Aulis, the intimate experience is hardly compromised: Located in the basement of Causeway Bay’s Sino Plaza, Aulis here embraces the same underground vibes as its London counterpart, with the barrier broken down between diner and chef as they witness both the experiment and the execution behind an ever-rotating 15-course menu designed to immerse customers completely in the Rogan brand of cooking. This inevitably involves a focus on vegetables: highlights include the grilled salad with truffle custard and elderflower vinaigrette, and mushroom crackers with fermented mushroom and piped yeast purée; while the sumptuous cod fish is submerged in a sauce of seaweed, codfish bones and spices, topped off with roasted red cabbage glazed in its own juices.

Each precise bite is moulded by immaculate technique from the Rogan chefs, a type of savoir faire that’s been learned over decades of training and fine-tuning dishes over and over. Tasting menu creations are bounded by neither culture nor cuisine: the bread course takes its cues from Ireland, a luscious soda bread slathered with homemade cultured butter; while the sea urchin custard pairs the Japanese delicacy with Rogan’s own brand of Petrossian caviar for an instant Hong Kong crowdpleaser. The current menu culminates in the dry-aged beef, a gorgeously seared, fat-marbled piece of beef served simply with roasted leek and onion and a luscious beef jus.

The drinks pairing is exceptionally well-formed, whether it’s a rich Mullineux Syrah to pair with the Wagyu, or a Japanese sake to lift the flavours of the bread course. The meal caps off with a nod to Rogan’s homeland: stout ice cream with chestnut, molasses and burnt milk crisps, arriving in a whimsical geometric formation that toes the line between art, food and theatre.

The multi-course tasting menu at Aulis is priced at HK$1,480 plus 10% surcharge per guest, plus HK$680 for wine pairing or HK$380 for non-alcoholic drinks pairing.

New Eats new openings new menu simon rogan aulis roganic
Leslie Yeh
Editor in Chief
Having worked as a lifestyle editor for almost 10 years, Leslie is thrilled to be writing about the topic she loves most: wining and dining. When she's not out pounding the pavement for the latest new restaurant opening or tracking food trends, Leslie can be found at home whipping up a plate of rigatoni vodka and binge-watching Netflix with a glass of Sauvignon Blanc in hand.
Dining Restaurants Food Trends Drinks Travel