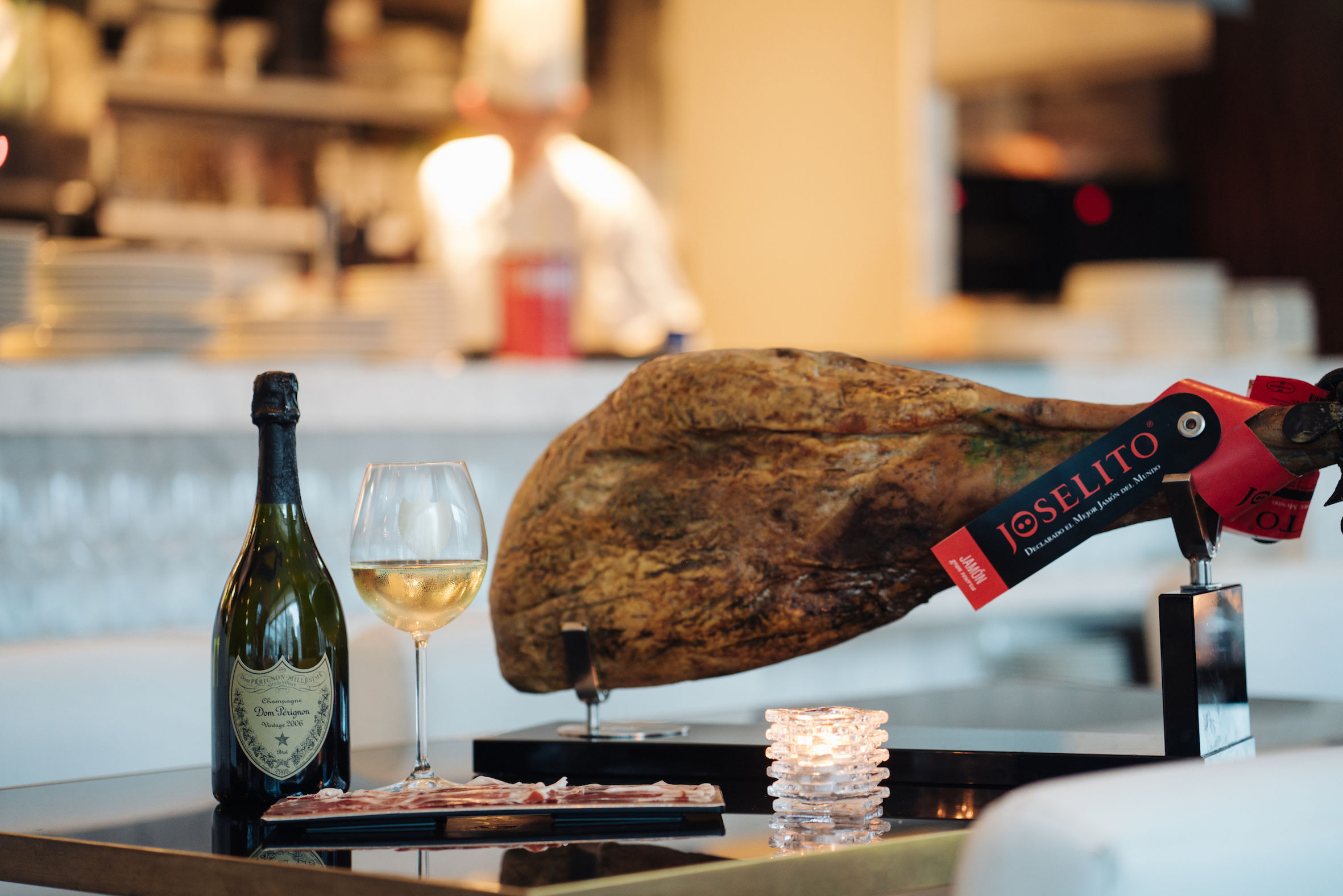 Dom Pérignon and ‘pata negra’: The luxury food pairing of your dreams

Food & Drink
Dom Pérignon and ‘pata negra’: The luxury food pairing of your dreams
Share this article
Next article

Without question, Dom Pérignon produces some of the world’s finest Champagnes, a result of the brand’s process in which only the finest grapes from the years with the best growing seasons are used. Whereas non-vintage bubbly is a blend of the harvests from different years, vintage Champagne can only be made with grapes from one particular year. Because Dom Pérignon only produces vintage Champagne — and only releases vintages from the best years — their product represents the best that money can buy.

Clearly, this isn’t the stuff you drink with pizza or potato chips.

That’s where the Dom Pérignon Ultimate Tasting Experience comes in. In collaboration with six Hong Kong restaurants, the brand is giving local foodies and gourmands the opportunity to taste the first Plénitude (or release) of the 2006 vintage, the result of more than nine years of cellar ageing. Available now, the Ultimate Tasting Experience features pairings of Dom Pérignon Vintage 2006 and small plates that are worthy of this prestige Champagne. 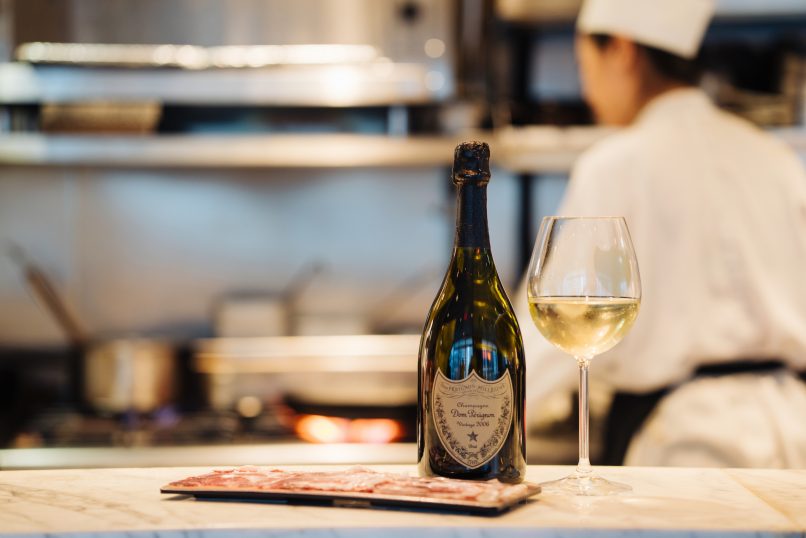 Forget caviar and foie gras: The primary ingredient in these special food pairings is jamón ibérico, the prized Spanish ham that is also known as pata negra (“black foot” in Spanish) because of the colour of the hooves on the pigs from which this ham is made. Much like Dom Pérignon itself, pata negra is the result of a combination of premium ingredients, careful ageing, and time-honoured traditional production methods. As such, it makes for a perfect pairing partner to the 2006 vintage.

Think of it as the pre-dinner aperitif or late-night snack of your dreams: a glass of Dom Pérignon and a plate of pata negra. Known for its creamy mouthfeel and elegant complexity, the Champagne makes a perfect foil for the fatty richness of the ham, bringing out flavours of walnuts, chestnuts, and dark berries.

You can currently enjoy the combination of these two premium products as part of the Ultimate Tasting Experience at China Tang Landmark; Lobster Bar & Grill, Island Shangri-La; ON Dining Kitchen & Lounge; Ozone, The Ritz-Carlton; and Seasons by Olivier. Each will be offering Dom Pérignon Vintage 2006 by the glass along with portions of Joselito pata negra (prices range from HK$388–$555), while China Tang, ON Dining, Ozone, and Season will also offer by-the bottle packages including multiple portions of ham (HK$1,988–$2,400). And if you want to go big, check out Ozone’s Sunday brunch option, where HK$1,298 gets you free-flow Dom Pérignon and access to a dedicated jamón ibérico station. Last but not least, chef Shane Osborn of Arcane is presenting his own take on the Ultimate Tasting Experience. Instead of using pata negra, the Michelin-starred chef is appealing to vegetarians with his dish of bruschetta made with baby basil, aged Parmesan, and Japanese fruit tomatoes from Shizuoka prefecture, a light and refreshing combination that highlights the sublime characteristics of the new Dom Pérignon vintage (HK$488 for a glass with bruschetta). Whether you go for pata negra or chef Osborn’s bruschetta, with a glass of Champagne in hand, we’re certain you’ll be satisfied.