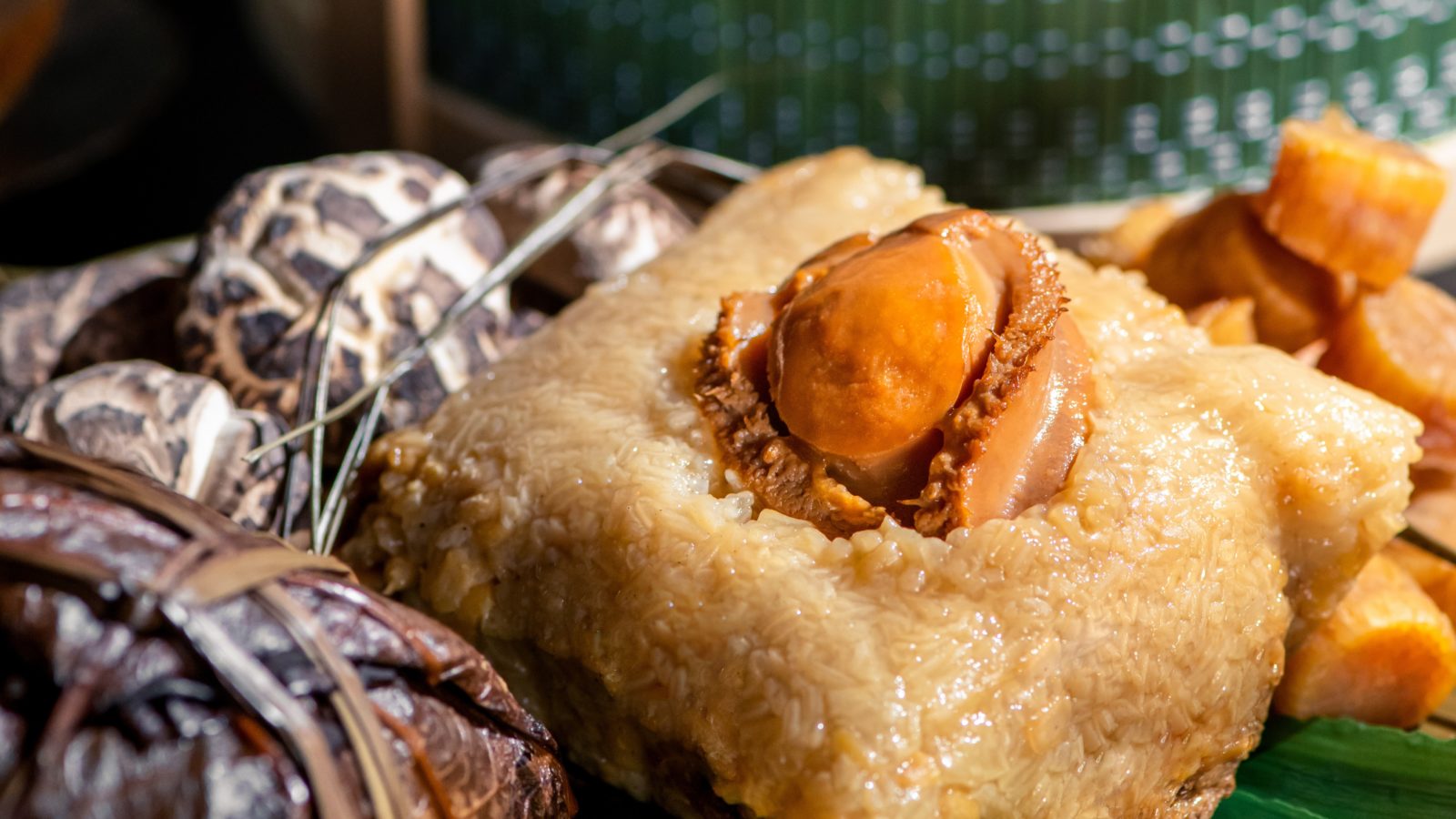 Dragon Boat Festival 2021: Where to get the best rice dumplings in Hong Kong

Food & Drink
Dragon Boat Festival 2021: Where to get the best rice dumplings in Hong Kong
Share this article
Next article

A day of sticky rice dumplings and dragon boat races.

The string of reed-wrapped dumplings dangling in the front of neighbourhood ground-level shops is a tell-tale sign of Dragon Boat Festival. Then, the steady beat of a drum. The well-timed stroke of a decorated wooden oar. The swift sailing past pennant-flag poles. Victorious cheers. Followed by the beating heart of the holiday: crowded feasts over the loaded-up glutinous rice dumplings, stuffed with all kinds of fillings, for all kinds of tastes. Whether it a sweet dessert treat or savoury snack that’s especially well-earned after a vigorous row, there are plenty to go around. This 14 June, head out in the sun and take part in this energetic city ritual. Get your cheering voices out; colours of your chosen dragon boat camp. It’s a great time of celebration.

Rice dumplings at Rosewood’s resident Cantonese eatery, The Legacy House, is a venerable creation. Chef Li Chi-Wai makes certain of a meticulous preparation process for both the sweet and savoury dumpling, available in a jade-green woven basket carrier (HK$588) from 1 May to 11 June. Cute. The glutinous rice is first soaked in alkaline water and generously stuffed with respective ingredients: whole chestnut and lotus seed for the sweet dumpling and the auspicious ‘eight treasures’ (six-headed South African abalone, pork belly, chestnut, lotus seed, conpoy, chanterelle, porcini and shiitake) in the savoury dumpling. Both are then enswathed in dried bamboo leaves of the signature triangular form and slow-boiled for seven hours.

Orders must be placed three days in advance at the Rosewood Hong Kong’s online shop.

A taste of tradition with a side of welcomed modernity. At Yung’s Bistro, sibling of the reputed Yung Kee, rice dumplings are done a little differently. Introducing the Roasted Goose Rice Dumpling (HK$288) and Abalone & Roasted Goose Rice Dumpling (HK$1,480). While unconventional, it’s a creation not completely unprecedented; the steamed-and-wrapped delicacy follows an authentic recipe from Guangdong but swaddles the establishment’s signature crispy-skin, charcoal-grilled roost goose — instead of ‘auspicious’ fillings — within the chewy interior. It’s then flavoured with a classic selection Japanese dried scallops, dried shiitake mushroom, salted egg yolk and pork belly. For a touch of decadence, take the abalone edition, where a whole South African abalone is stuffed within.

Orders are available through pre-order vouchers, to be redeemed anytime from 1 to 11 June. The Abalone & Roasted Goose Rice Dumpling must be ordered 4 days in advance.

Not only is Sexy Crab, Hong Kong’s favourite raunchy crab-only eatery, participating with a special rice dumpling of its own — loaded up with gooey crab roe centre — the cheeky restaurant is partnering up with Korean gourmet atelier Baekmidang for a ‘Dragon Boat Dumpling Gift Set (HK$498). Packaged within will be the golden-centred Sexy Crab rice dumpling, which took three months to perfect for a well-balanced crab-meat-to-roe ratio; a sweet sticky rice dumpling from the soft-serve extraordinaire filled with Jeju Island’s famous red bean paste and newly added red dates; and respective condiments: Sexy Crab’s house-made XO sauce and Baekmidang’s Korean rice sugar dip, for a delectable five-star serve.

Orders can be placed at any Baekimidang branches or via vouchers from Sexy Crab and Baekimidang.

Something a touch different to what you’re normally used to: Rice dumplings (HK$98 each) in a Soil to Soul signature Korean-style ‘Temple Food’ take. A new addition to the restaurant’s rota that just so happen to coincide with the ‘Double Fifth’ commemoration of the ancient monastic vegetarian philosophy and, as practice, avoid the five ‘forbidden pungent roots’ — ingredients believed to distract minds: garlic, green onion, leek, chive and onion. There are two savoury one sweet dumplings, all wrapped in lotus leaf as a nod to the symbolic floral of Buddhism, and include the fried kimchi, albeit a milder edition fortified by the nutty aroma of perilla seed; sesame, a mixed veggie edition with mushroom and zucchini seasoned with a chilli-sesame-oil sauce; and a sweet yakgwa, a inspired taken on a traditional Korean festival sweet made with mixed nuts, grain, plum extract, ginger and cinnamon.

Trust Green Common to roll out with plant-based alternatives that won’t disappoint in taste; amateurs are likely to not identify the difference. From the green giant’s roster: Omnipork-based rice dumplings in celebration of the traditional Dragon Boat holiday. The first, Omnipork strip rice dumpling with porcini and vegan salted egg, the ‘egg’ being made of mashed pumpkin, is wrapped in a nutritious layer of mixed glutinous rice, mixed grains and white quinoa. While the second is a simple Omnipork rice dumpling spruced up with a delicious mix of mung bean and red quinoa.

Order can be placed here.

It’s a dedication to authentic Shanghainese flavours at the classically styled eatery Xia Fei Society, with rice dumplings recreated from tried-and-tested recipes that replicate the nostalgic taste of its home soil. Three ever-so-slightly different takes, with two savoury and one sweet. Beginning with the former, a fragrant flaky egg yolk mixed in with either soy sauce stewed pork(HK$50) or ham (HK$60), and for the latter, a tasty yet light-on-the-palate osmanthus with smooth red bean paste (HK$38) dumpling.